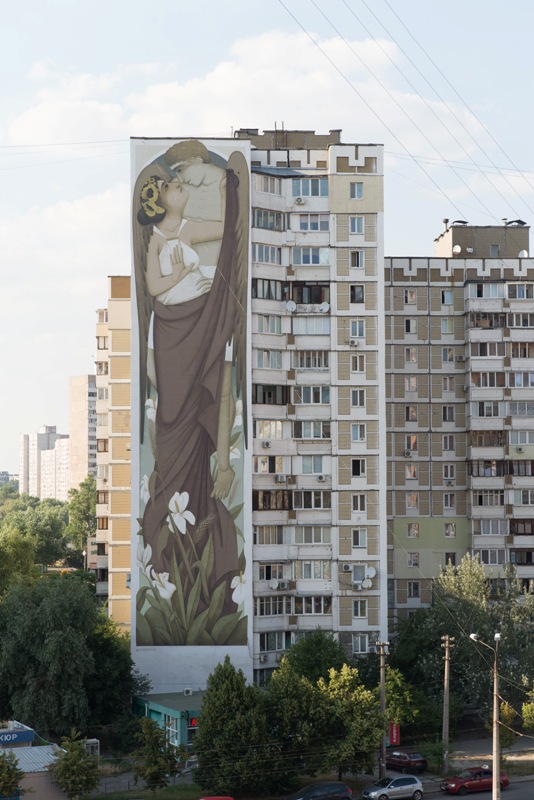 As a part of the Mural Social Club Festival that is taking place in Ukraine the renowned Greek artist ‘Fikos Antonios’ decorated a 16-floor high building in Kyiv with possibly the world’s biggest Byzantine painting.

The name of the artwork is “Earth and Sky”. “People you see are the personifications of the earth and the sky. The piece became the biggest artwork in history of the Greek art since ancient times. It is definitely the biggest Byzantine mural ever, it is three times higher than the chryselephantine statue of Zeus in Olympia, one of the seven wonders of the ancient world”, says Fikos. 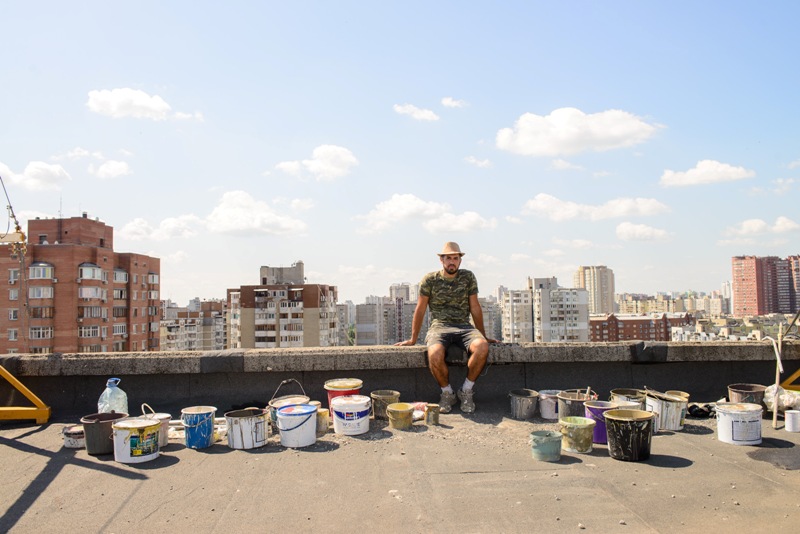 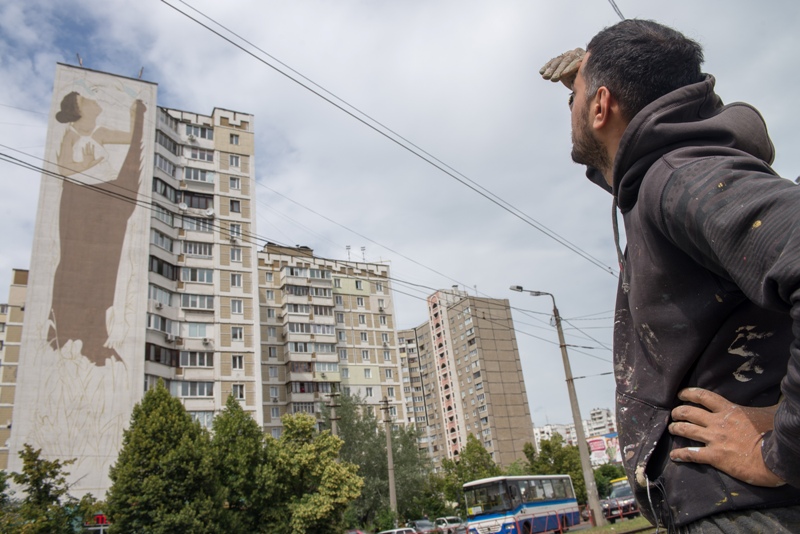 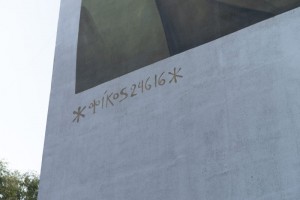 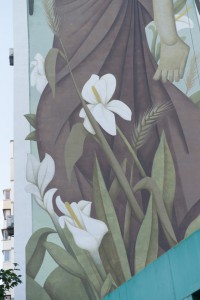 Fikos was born in 1987 in Athens, the city he still calls home. From a young age he painted whatever he saw around him – comics, landscapes, icons and more. At the age of 13 he started studying Byzantine painting under the guidance of George Kordis, with whom he later collaborated for 5 years painting murals in Orthodox churches, while at the same time developing his own personal painting style.
Having a background as both a graffiti artist and an iconographer in Orthodox Christian churches, Fikos is continuing his developmental journey by painting murals in public spaces. The value of these works is exceptional, as it is the first time that the monumental Byzantine technique meets a contemporary art form such as street art. The themes of his murals emanate from the Orthodox Christian tradition and ancient Greek mythology.

The festival line-up includes top street art names, all of whom are coming to Ukraine to decorate the cities with their artwork: Li-Hill, Rodrigo Branco, Evoca1, Fintan Magee, Borondo, Fikos Antonios, Telmo & Miel and others. Ukrainian street artists such as Aec Interesni Kazki, Roman Minin, Sergey Radkevich, Sasha Korban will also take part in the project.

Sky Art Foundation is a charity fund that was established in Ukraine in autumn 2014 by patron Dmytro Palienko.
The organization aims to support the new generation of Ukrainian contemporary artists. Sky Art Foundation contributes to the international cultural exchange and Ukrainian cultural integration into the world art scene. The fund pursues an active exhibiting strategy revolving around its own art space Sky Art Foundation. It also is an active charity that organizes international art projects, cultural events that involve Ukrainian artists, and establishes grants for upcoming artistic talents.