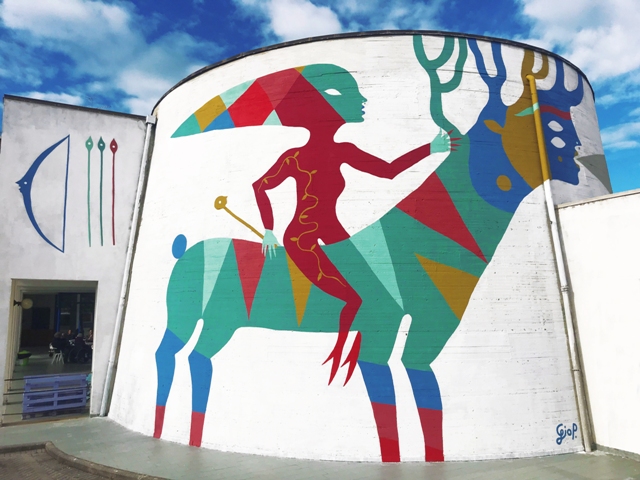 “Diana” is the title of the latest work by Gio Pistone, and it is dedicated to the Goddess, known in the Roman world as Diana and in the Greek world as Artemis. The mural that has risen on the walls of the Rsa Asl North West headquarters , in Via Passaponti 33 , will be dedicated to Diana, Goddess of women, of the sisterhood, protector of diversity, she who according to the newborn myths, helped her mother to give birth to Apollo.

Diana comes from Latin dius meaning “celestial, bright, shining”. She’s the goddess of the woodlands, the hunt, and the woman; she lives in the forests, accompanied by her dogs.She was called Ecate in hell, either Luna or Febea in heaven, Diana on earth, Artemis in Greece. She had many other names that she was known by in the places she especially honored. 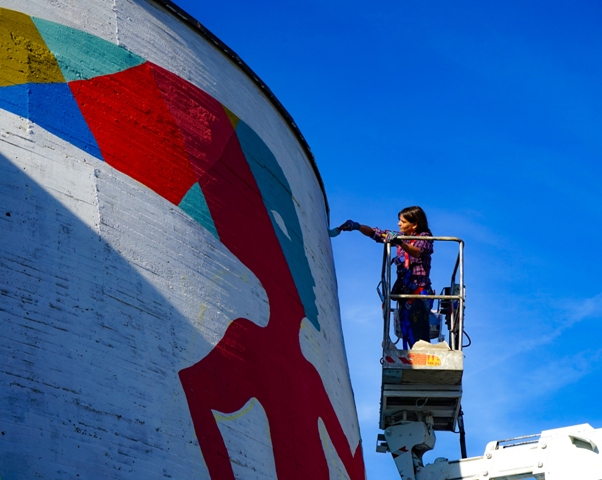 She’s portrayed on her deer-drawn chariot, holding a bow, accompanied by a crescent moon. Everything suggests that, in more ancient times, she was identified as the Great Mother. Goddess Diana, in her lunar aspect, was worshiped in the Italian and European tradition’s Stregheria.

“For the idea of ​​the project I was inspired by the particular shape of the building, circular without vertices at the top and the mysterious and almost sacral appearance of the union of the curved and straight lines in the lower part. I want to dedicate the painting of the building to the Goddess Diana as a Goddess of Differences and of inclusive and open power because her figure includes heaven, earth, animals, insects, plants, rivers and every human species. Diana is a symbol that allows talking about equality , common good and hospitalityand it is important in these times to support these issues with all our means. The work will appear on these circular walls with the hope that it can continue to be a place open to all and that the multitude can benefit and inspiration, “explains the artist Gio Pistone . 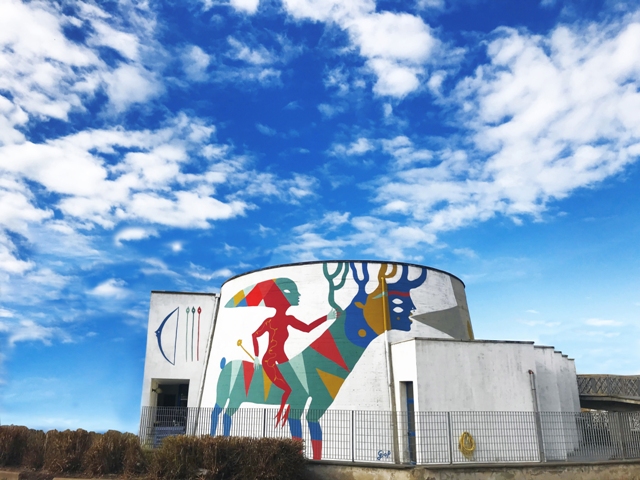 The official inauguration of the mural was on Sunday, November 4 to 16 , and started from Piazza Garibaldi with a bus of city sightseeing that brought everyone, at the headquarters of the Rsa Asl North West, in Via Passaponti 33, which houses elderly people in conditions of fragility. From the headquarters of the mural the tour continued, always on board the bus, to the Venice district and went on with the tour of street art on foot up to Pontino. The great conclusion of the route was at the Uovo alla Pop Gallery, on the Scali delle Cantine 36/38, with the personal exhibition of Gio Pistone’s works.

The goddess Diana, in her lunar manifestation, has been the object of matriarchal and pantheistic worship in the sorcery of the Italian and European tradition. At the Goddess the priestesses were directed to ask for help and direct intervention intertwining with the great archetypes of life. The works selected by Gio Pistone for the exhibition of Uovo alla Pop, with her dreamy and profound works, they reflect the character of Diana and the worlds that the priestesses entrusted to her power: Love, Knowledge, Friendship, Envy, Death. 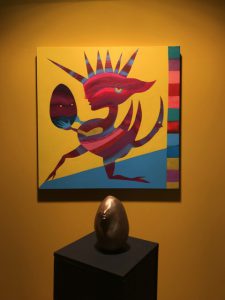