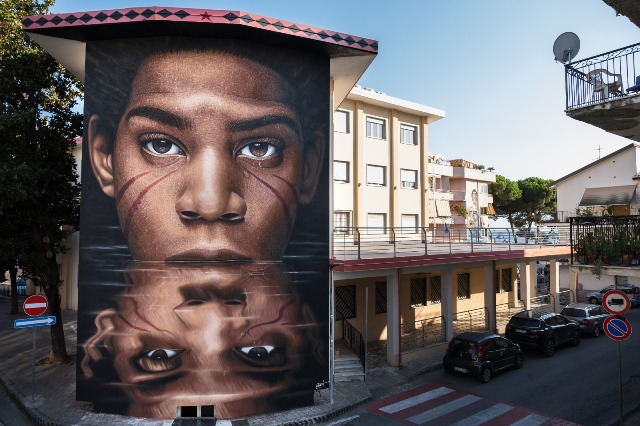 Four impressive works to continue the celebration of the fortieth anniversary of “Diamante City of Murals” and make the country more and more the Italian Capital of Urban Art,a real open-air museum in which to admire a concentration of masterpieces created by some of the most important street artists on the International contemporary scene. 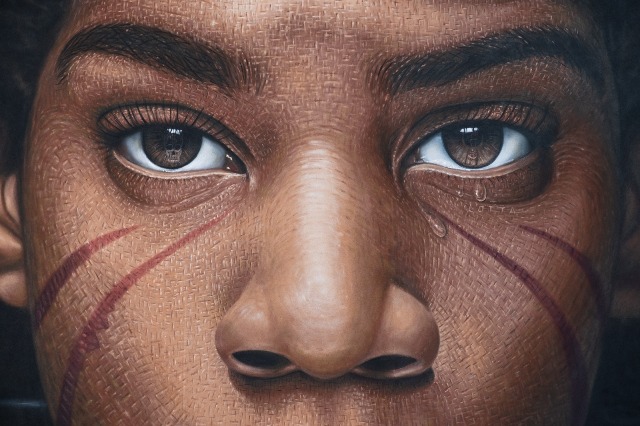 Jorit, with the hyper-realism of his faces in the foreground, portrays Jean-Michel Basquiat in the 33rd anniversary of his death (12 august 1988). Tony Gallo takes us elsewhere with his dreamy style anh his dreamlike and anthropomorphic subjects. 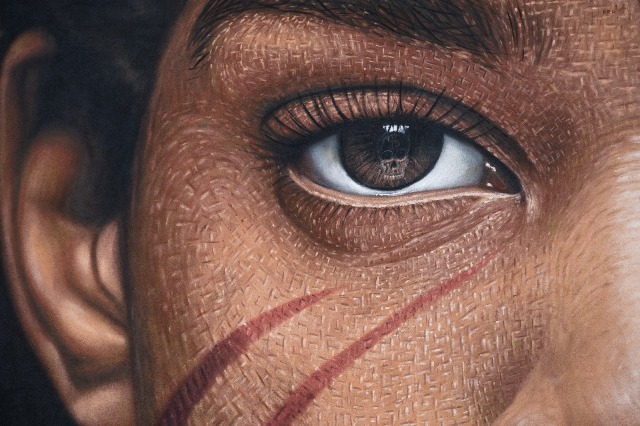 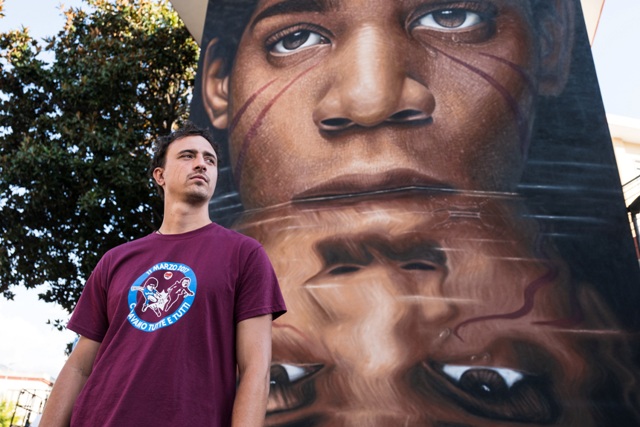 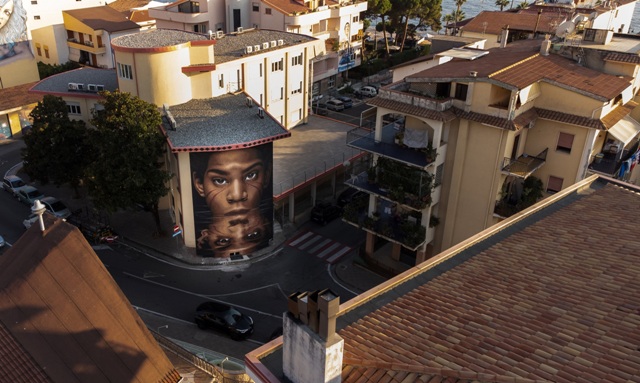 Kraser, in a contrast between neoclassic forms and psychedelic colors, paints Mercury the messanger of the gods, creating a parallelism between past and present. 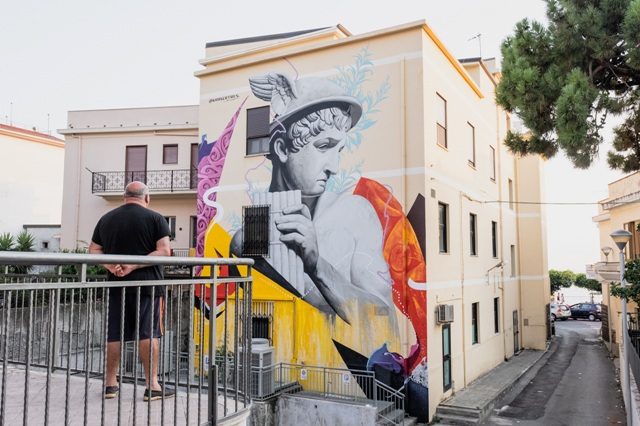 SteReal with the realismo f its re-features mixed with abstract elements, takes a woman while weaving peppers, a typical custom of the place, to underline the link with traditions. 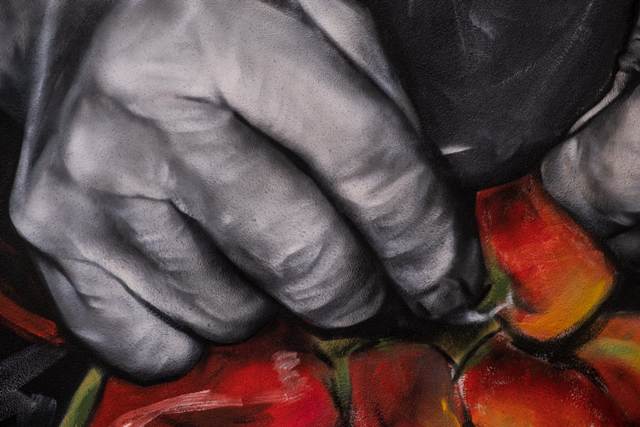 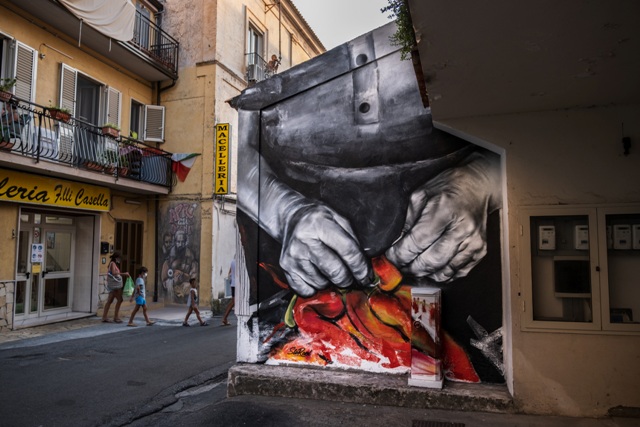 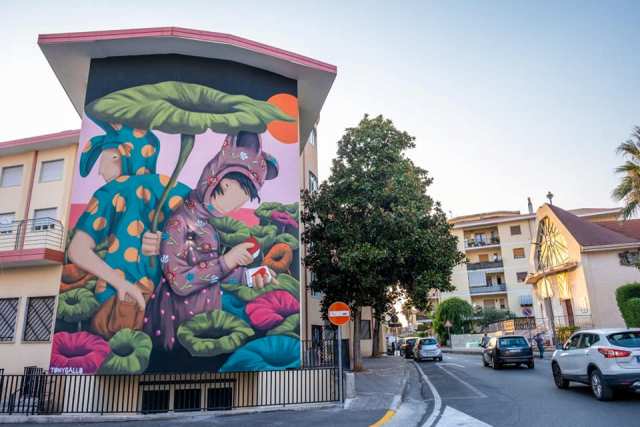 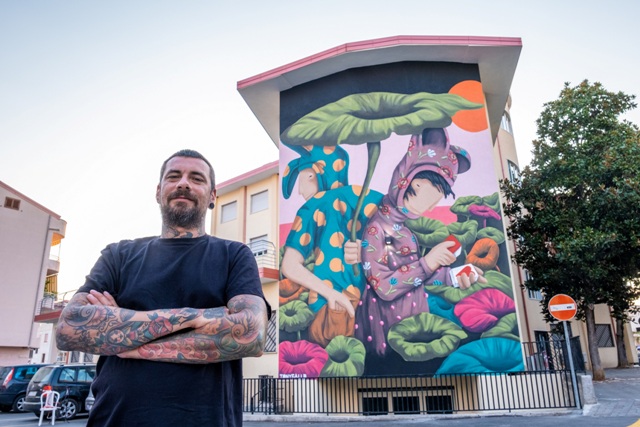 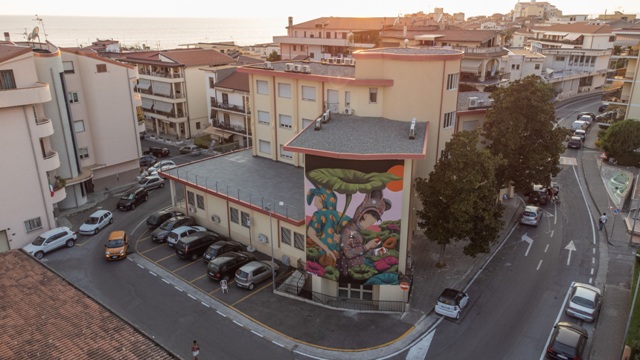