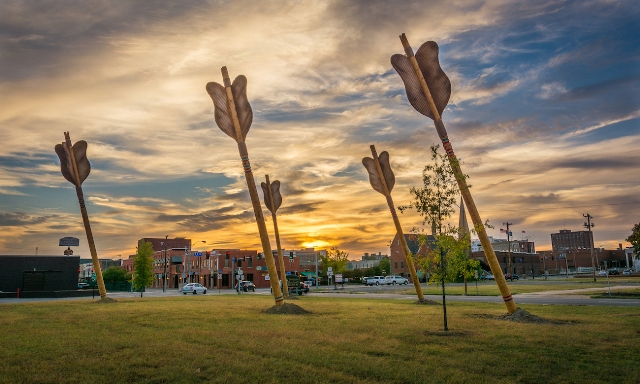 UK Artist D*Face has created not one but two impressive correlated works, a large-scale mural and a massive public sculpture made of five 40 foot long wooden arrows that each weigh more than 1,000 pounds located downtown Fort Smith. The town is now not only marked, but pierced by the London based artist, who is connecting these two forms of artistry for the first time. After the success of their last curated project, Unexpected, an Art event held in the Northwest Arkansas region last September, JUSTKIDS, led by curator Charlotte Dutoit, continues its mission and collaboration with local non profit 64.6 Downtown to bring high quality contemporary art in this area. 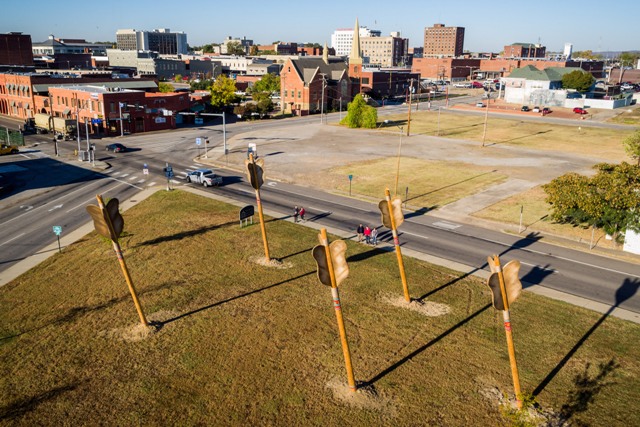 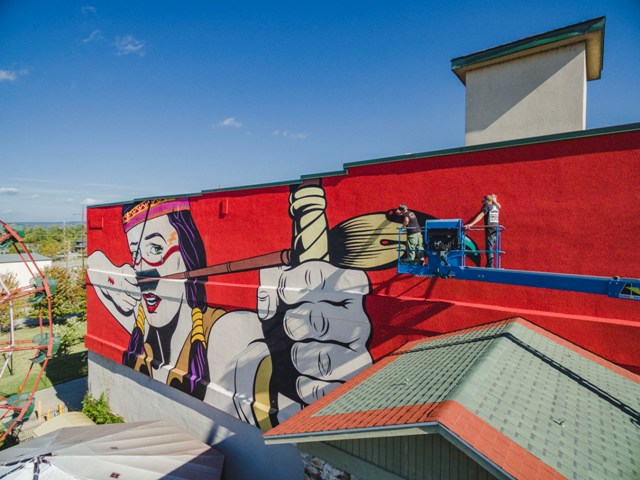 “Its like a two part mural/installation. The idea is to connect a wall to something sculptural. Which I have never done before and I am quite excited about it” explained D*Face while working on site. 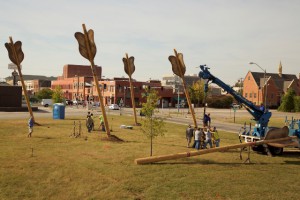 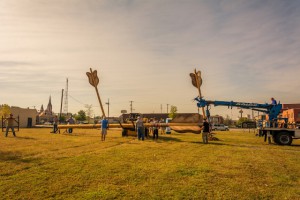 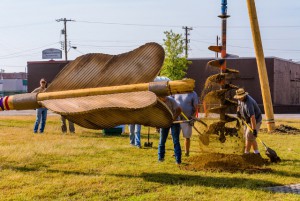 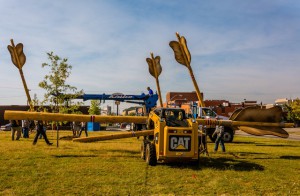 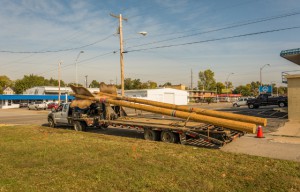 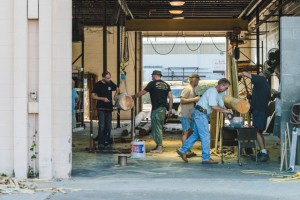 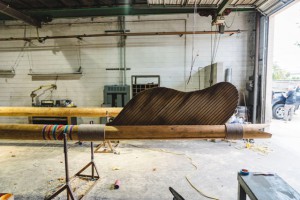 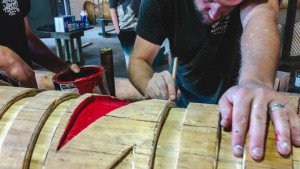 With a simple and clever union of an arrow and a paintbrush, D*Face’s mural confronts the past and propels into the future by hitting the bull in the eye and the bad lands in the heart. Inspired by the Native American Trail of Tears, his mural “War Paint” revives the sordid past that once took place here in Arkansas and aims it to a new direction. This glorious mural is not only symbolic, but historical and relives the unjust struggle the Native Americans experienced during the removal.

After working on the wall D*Face chose to work on the ground for his massive arrows installation. Reloading himself with the native weapon of the Choctaw Nation – the Oklahoma based tribe underwrote the installation and also gave the artist advice and historical context to create his design – D*Face’s public sculpture aims, shoots and hits, from the wall to the sky, from the sky to the ground. These five immense wooden arrows are now rooted in downtown Fort Smith, Arkansas, a land rich in mystery of a conflicted (yet somehow) iconic past that never seems to exhaust itself of symbolic references, the Old West, and where its legends inspire to rise above. D*Face’s artistic work is much more than a comment on a long historical discussion but the way to perpetuate, with art, a tradition that serves as an inspiration for the work here presented. 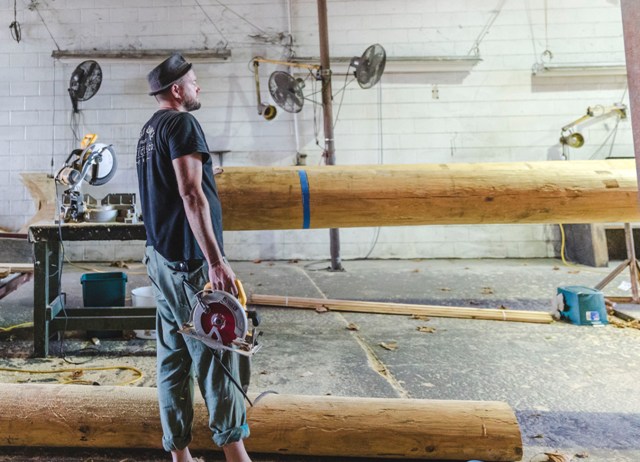 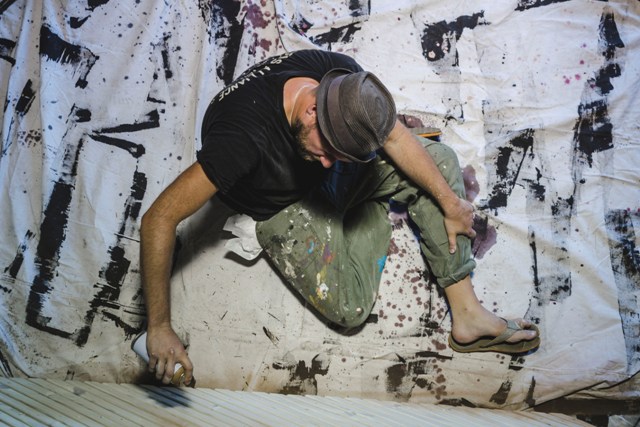 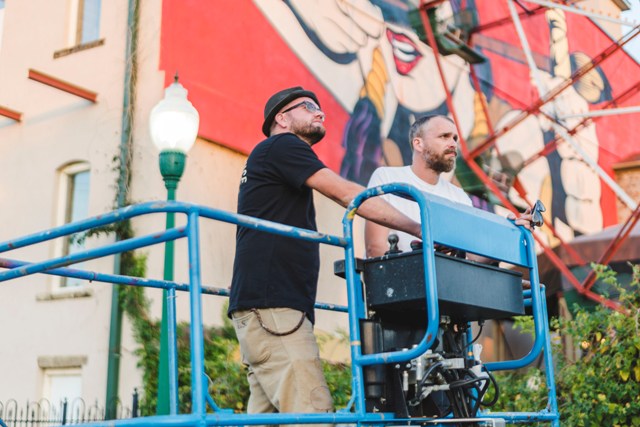 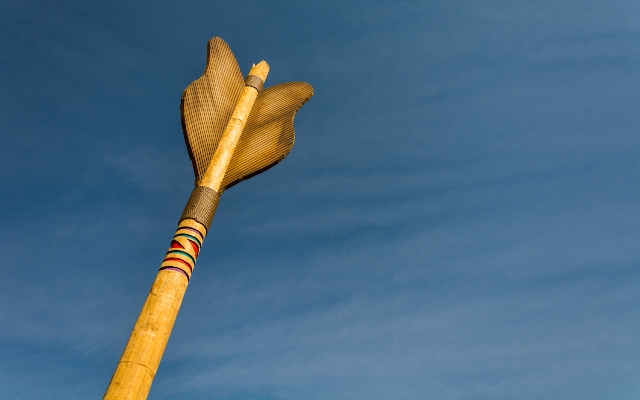 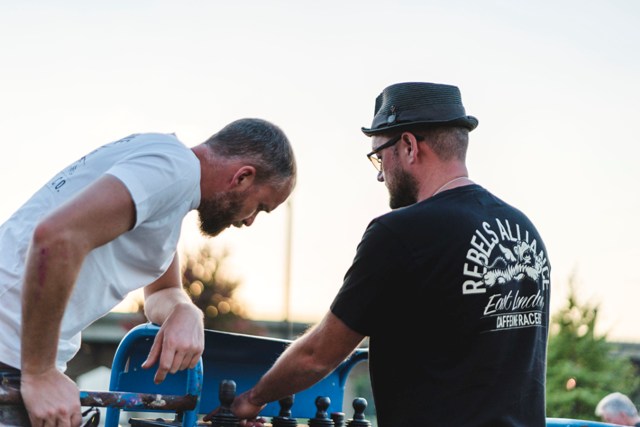 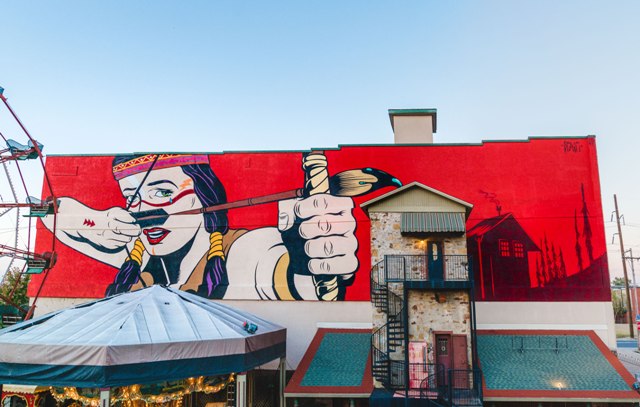 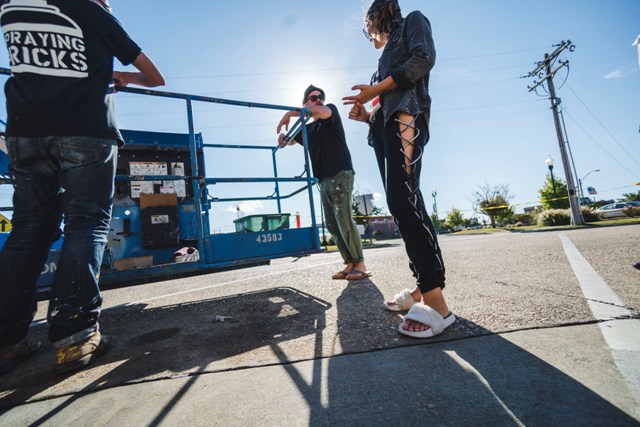 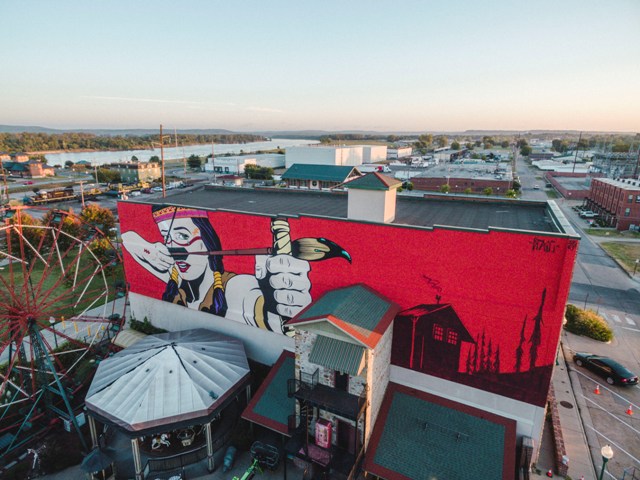