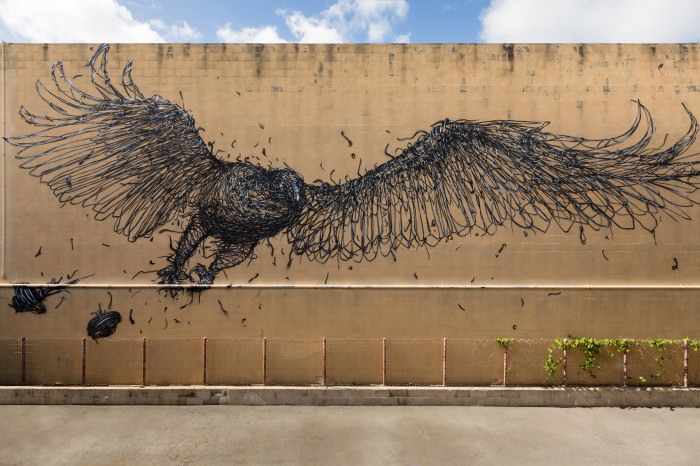 Hailing from Wuhan, central China’s most populous city, Daleast depicts the tense relationship between contrasting worlds – the natural and artificial, the organic and the synthetic. His aesthetic strives to bring these seemingly irreconcilable binaries into coalescence.

Although his trademark style – his metallic, monochromatic, sculptural figures – can now be experienced all over the world, his practice remains strongly influenced by Eastern philosophy, by the spirit and energy imbued in the natural world.

– DALeast´s got a very characteristic style building his pieces of a kind of wire frame, often monochromatic or with very few colours. His art often has strong connections to the surroundings of the wall and usually portrays something from the animal kingdom. Though his fastidious use of colours the pieces he creates are very detailed, beautiful and fascinating to the spectator, says curator Shai Dahan with a smile.

– The pieces of DALeast has a very spectacular manner that I think will attract many spectators. It´s like separate lines building up an enormous depth with a kind of three dimensional sense, that you just want to touch like as if you could feel the pieces and reach through the wall with your hand, says project manager Stina Hallhagen.

Active in the burgeoning Chinese graffiti scene since 2004, Daleast was a founding member of the Wuhan-based artist project group Chirp, one of the earliest groups in China to merge public art and graffiti. He studied sculpture at the Institute of Fine Arts in his hometown, but quit the year before completing his degree after disagreeing with the school’s teaching methods. Moving to Beijing in 2009, Daleast began to focus more on what he sees as a public art rather than strictly graffiti practice, starting at this point to also produce fine art work for a more gallery based context. DALeast currently lives and work in Cape Town, South Africa. 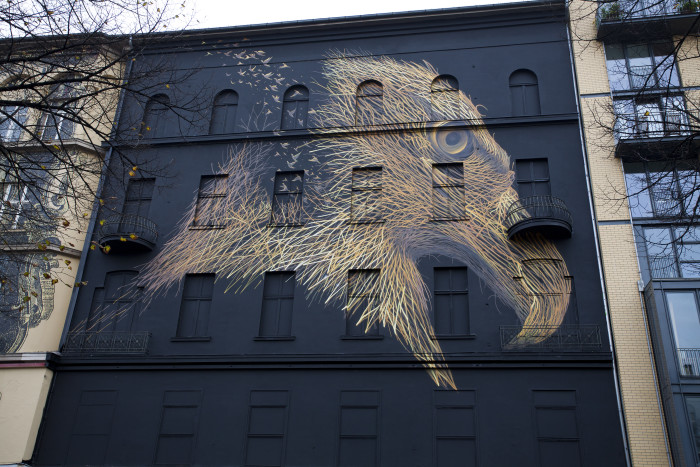 Artists line up will be revealed continuously – stay tuned for further artists and more information. 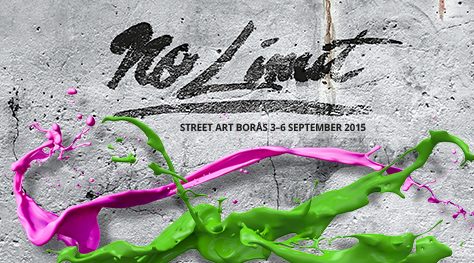