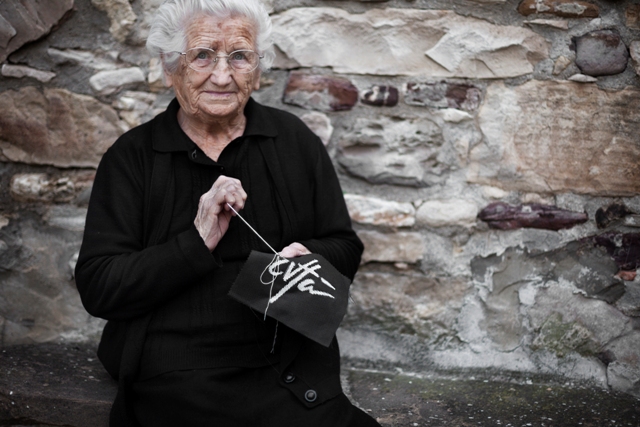 For the second year, street art became the framework to change the landscape of an evocative corner of the Italian region of Molise. Civitacampomarano, a town with just 400 inhabitants, was once again filled with activity for CVTà Street Fest. Starting in April, over the past three months five artists from four different countries helped breath life into the depopulated village, culminating in a four-day celebration filled with events from June 1 to June 4, 2017.

This year, more than ever, the artistic energy of Gola Hundun (Italy), Bosoletti (Argentina), Alex Senna (Brazil), Nespoon (Poland), and Maria Pia Picozza (Italy), helped lift the town after devastating cracks of unknown origin began appearing in historic buildings and along the streets several months ago. On the heels of this disastrous event, which saw several families evacuated from their homes, CVTà Street Fest saw the necessity, more than ever, to continue the project. The festival, under the guidance of artistic director Alice Pasquini, brought more than 3000 people through the village over the course of the four day event.

“CVTà Street Fest was born from the idea to never give up; to not just leave these places that at one time were full of vitality and full of Italian history,” explains Alice. “By using street art, which maybe resonates more with the younger generation, as an excuse, we hope that this forgotten Italy is rediscovered.” 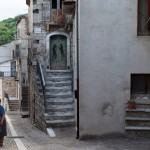 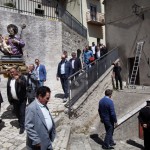 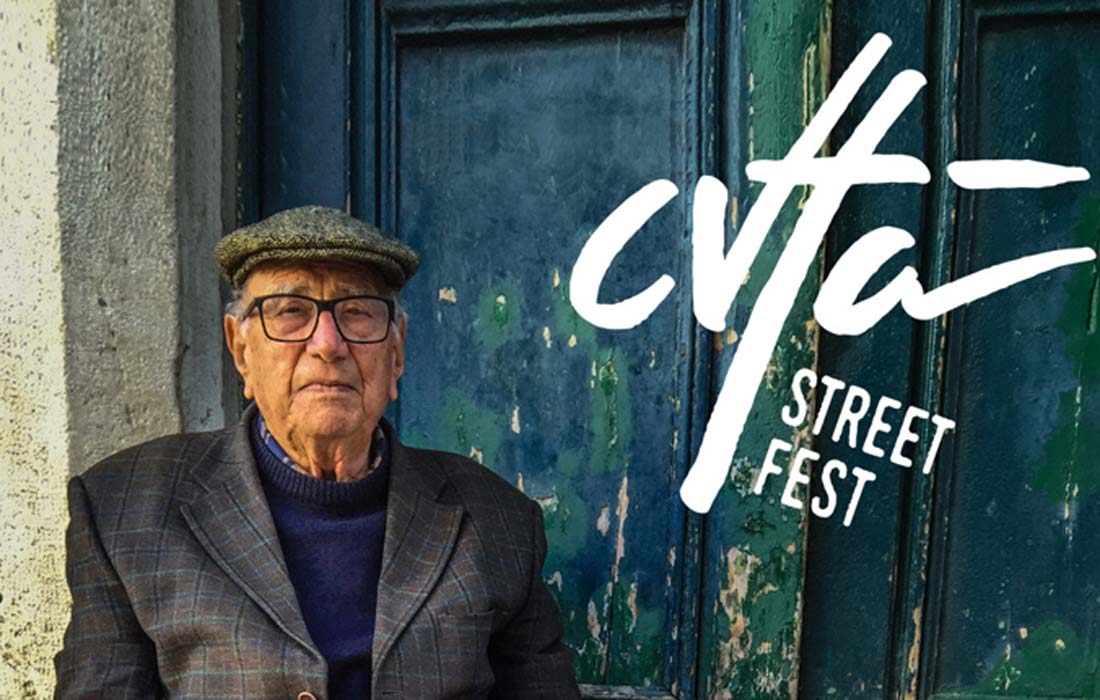 HOW THE FESTIVAL BEGAN – Everything started with an email sent to Alice in 2014 by Ylenia Carelli, president of the Pro Loco “Vincenzo Cuoco,” a simple invitation to come to Civitacampomarano and paint the walls of the historical center, which had long been abandoned. “I painted on old doors to remind us of what is no longer.” explains Alice, “Many of the beautiful houses are empty now and over time so many people have left Civitacampomarano that the current population is only a little over four hundred inhabitants.” Alice’s attraction to Civitacampomarano is not only artistic. “For me it wasn’t just any town, but my grandfather’s birthplace. The interesting thing is that Ylenia did not know this when she wrote me the initial email.” As the inhabitants grew affectionate of the artwork, street art became a conduit for the rediscovery of the abandoned center. With this, the idea of a festival came about.

Including the community, whether it be Nespoon taking inspiration from the delicate lacework of Signora Crisis or local children aiding Maria Pia Picozza in building her fantastical wire sculptures, is the focus of the event. As an added surprise acclaimed musician DJ Gruff and beloved foodie Chef Rubio also made their way to the village. Gruff, playing a hypnotic set under the shadow of the 13th century Angioino Castle, gave scratching lessons to local youth, while Chef Rubio led the culinary charge of a street food event which saw the local women opening their doors and serving up traditional plates from the village. The four days culminated in an informal debate at the Circolo Mozart bar, where organizers, artists, and citizens chatted about the future of the festival and what they see for the future of Civitacampomarano.

With the help of organizing body Pro Loco Vincenzo Cuoco of Civitacampomarano and Jessica Stewart, Pasquini’s project is already seeing shifts in the mentality of the community. From the local teenagers who led groups of visitors on tours of the walls to the newly opened ice cream shop in town, the festival is focused on using art to make a lasting change in the small village.

An event Supported by: