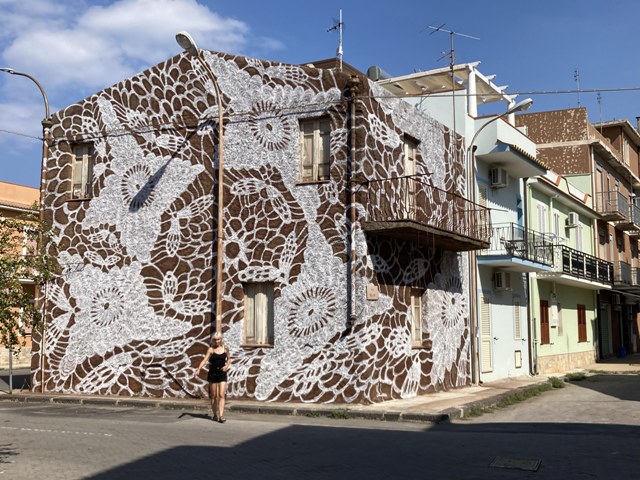 The Municipality of Oliveri along with Emergence Cultural Association presented the first edition of the public art residences in Oliveri, Sicily. It is part of the Emergence Festival programming with artists: Nespoon, Ruce and Massimo Paganini.

The action took place with the patronage of the Department of Cultural Heritage and Sicilian Identity.

The project curated by Giuseppe Stagnitta intends to be the first of a long series of public art residences conceived in order to create a constructive dialogue between “tradition”, “population” and “territory”. This is a very important aspect that has become the focus of the project in the splendid bay of Oliveri, which has as its main objective that of activating in the local population that process of re-appropriation of territorial identity and public space, to be transformed into historical memory through the creative work of artists. 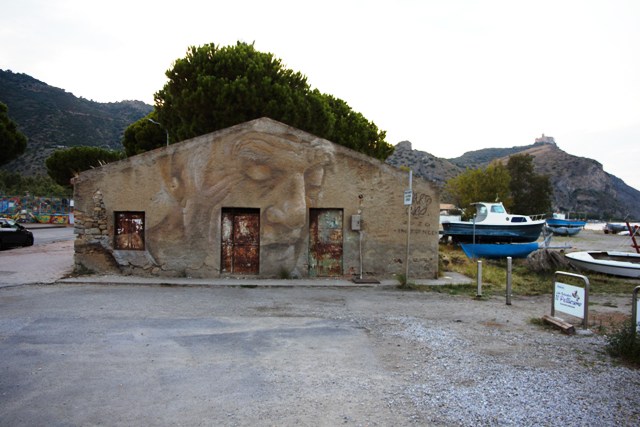 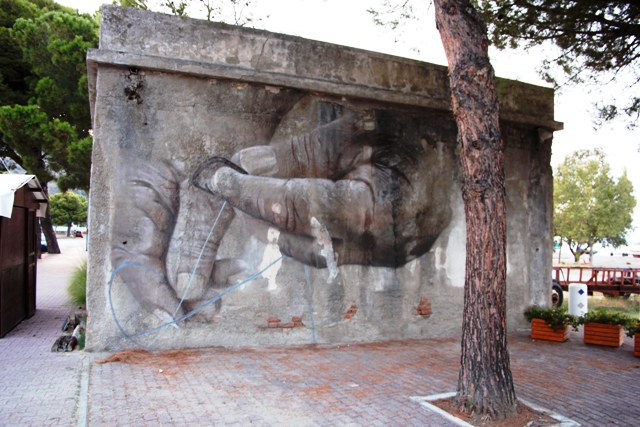 Ruce‘s work entitled Scirocco portrays a local fisherman, Girolamo, who once lived on local fishing and the tradition of the trap, the famous tuna fishing. Now in Oliveri the fishermen are few, they disappear, with the faces burned by the wind, but if you are a fisherman, you know the winds of the ancient ones, and you know that the sirocco lasts only 3 days. Here instead it seems to have stopped and everything burns, the sea, the hopes, the economy, nature. 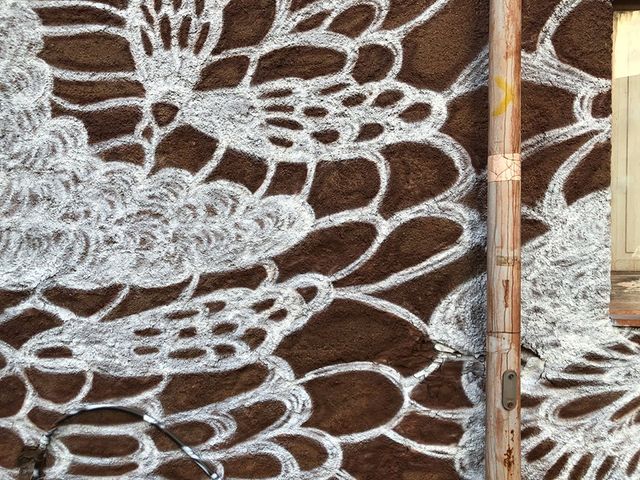 The work of Nespoon, an artist famous for his lace throughout the world, meets Mrs. Maria famous in the area for her embroidery and portrays one of her lace used as a centerpiece in one of the town’s palaces. 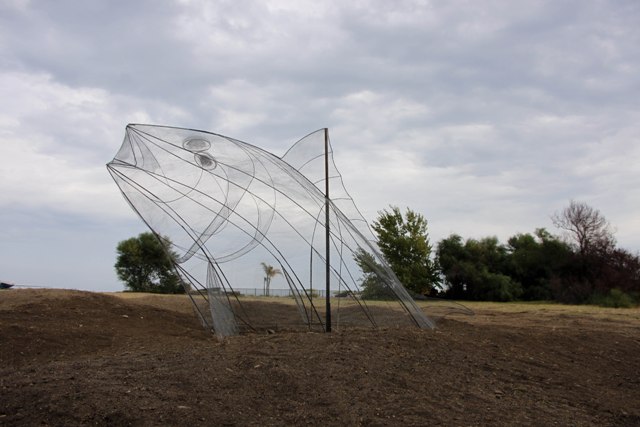 Finally, the installation of light by land artist Massimo Paganini in collaboration with the landscape architect Giovanni Bonasera entitled Il Rais, made of wire mesh that makes the work transparent, making it integrated with the environment and alive due to the continuous change of light in the day. Work representing a tuna, a tribute to the town of Oliveri who lived off tuna fishing, and right in front of the former trap.

The Rais was the leader of the fishermen during the slaughter who paid homage to the tuna as it died on the fishing vessels. Today our tuna is free and powerful like the Rais, a valiant opponent to be compared on an equal footing. The intent of the work is to pay homage to the animal, the protagonist of the now vanished tradition of slaughter, which over the centuries has given benefits and identity to the communities that have lived in this place. 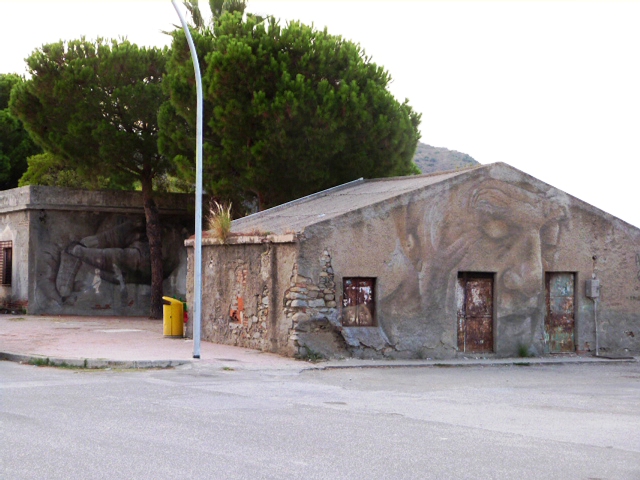 Find out more about Emergence Festival: