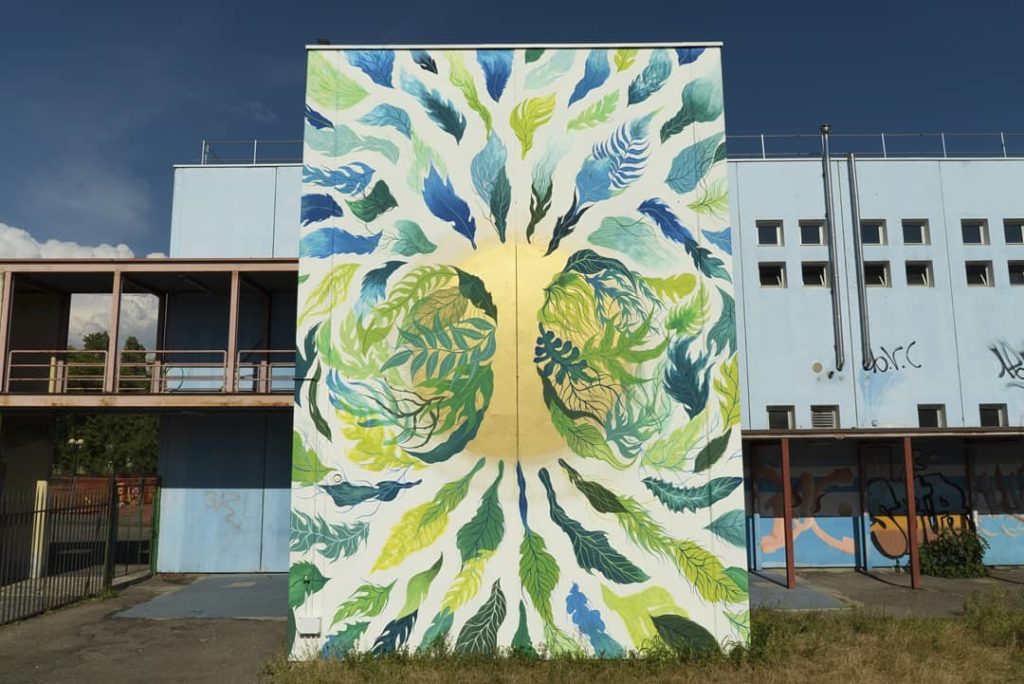 Last mural by Gola Hundun painted in Milan (ITALY). An artwork dedicated to life, nests, plants, and trees and the universal cyclic movement. The composition starts from a central element, cosmic energy, a solar force that unravels centrifugally.

Leaves are painted as if they were part of a fire explosion, following and growing the movement which consequently generates new ones, involving other celestial bodies, represented on the contiguous facades, symbolically returning towards the central sun in a perpetual cyclical movement. The three stars represent the three circles of the Celtic Triskele. 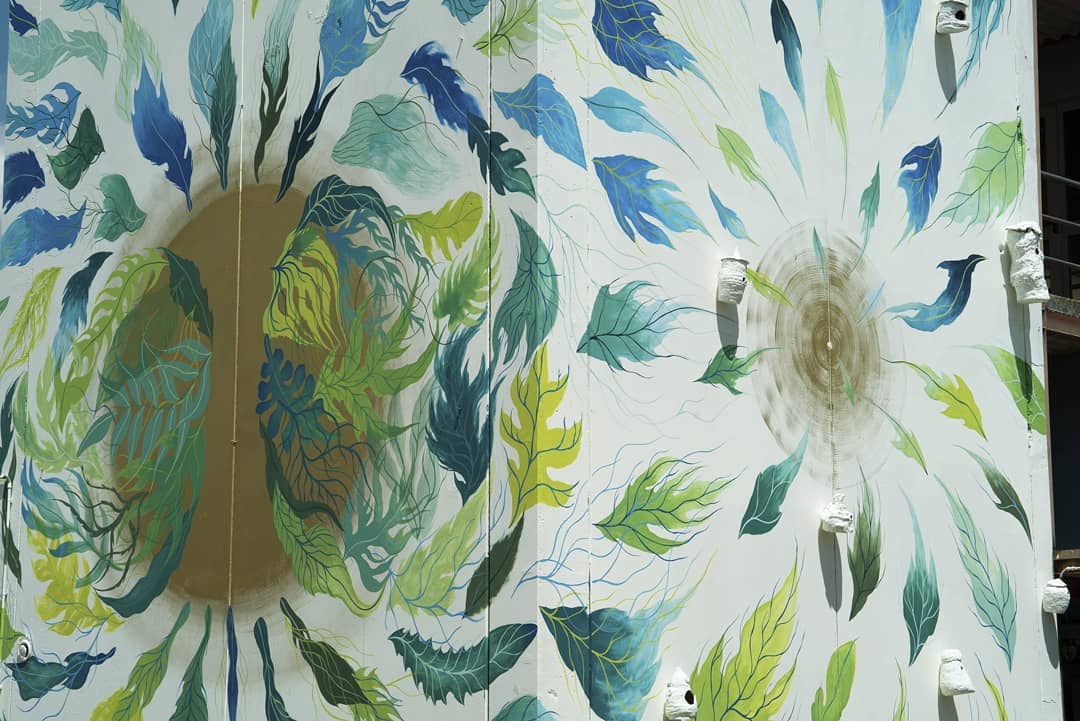 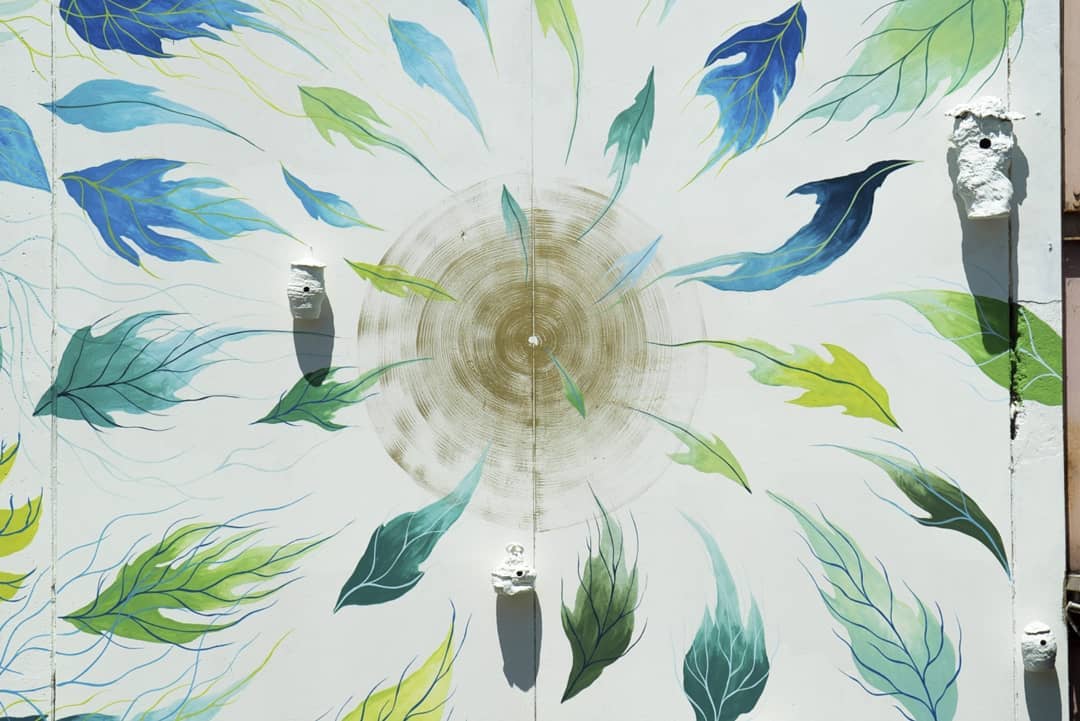 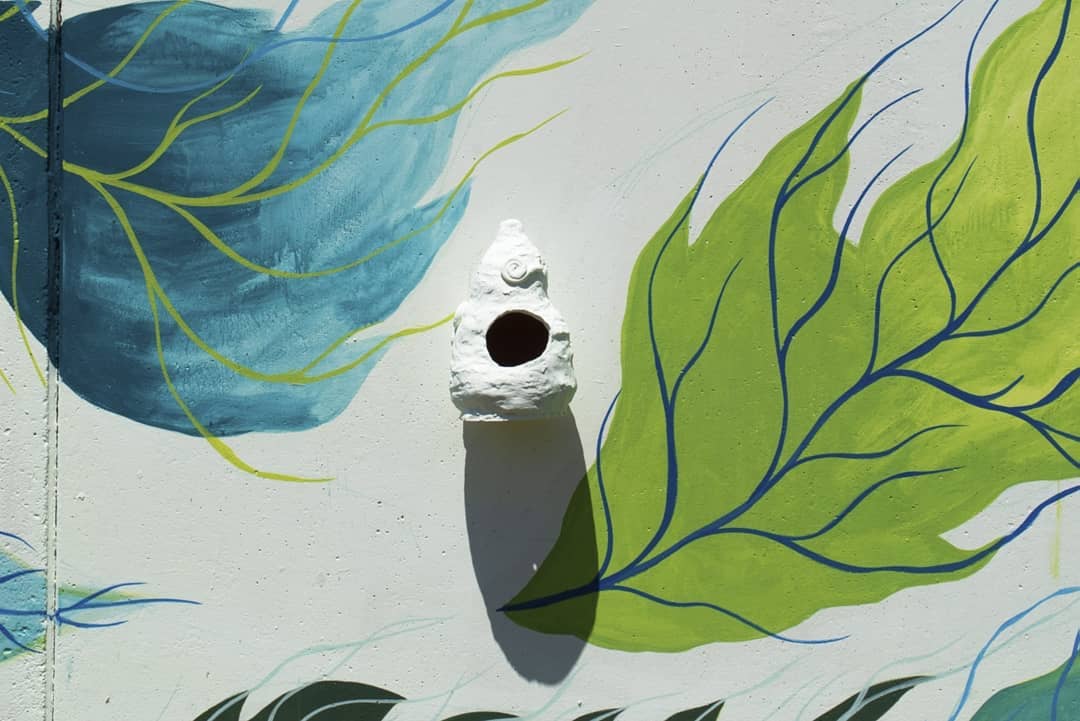 The motion represented overcomes its two-dimensionality and becomes real, physical and tangible through the call of the avifauna, invited to take part in the universal movement through the installation of clay nests i realized with the citizens of Vimodrone according to the needs of the species of birds of the area indicated by LIPU Milano.

The whole composition includes some endemic plants (useful for insects) and some grass, bushes, hornbeams, dogwoods, hazels, hawthorns and an English oak placed in axis with the tree painted on the wall. The tree of life represented is the same you can find into monotheistic or rather pagan religions. The two trees will be set in two movement: the painted one will be crystallized where as the real tree will grow up inexorably. 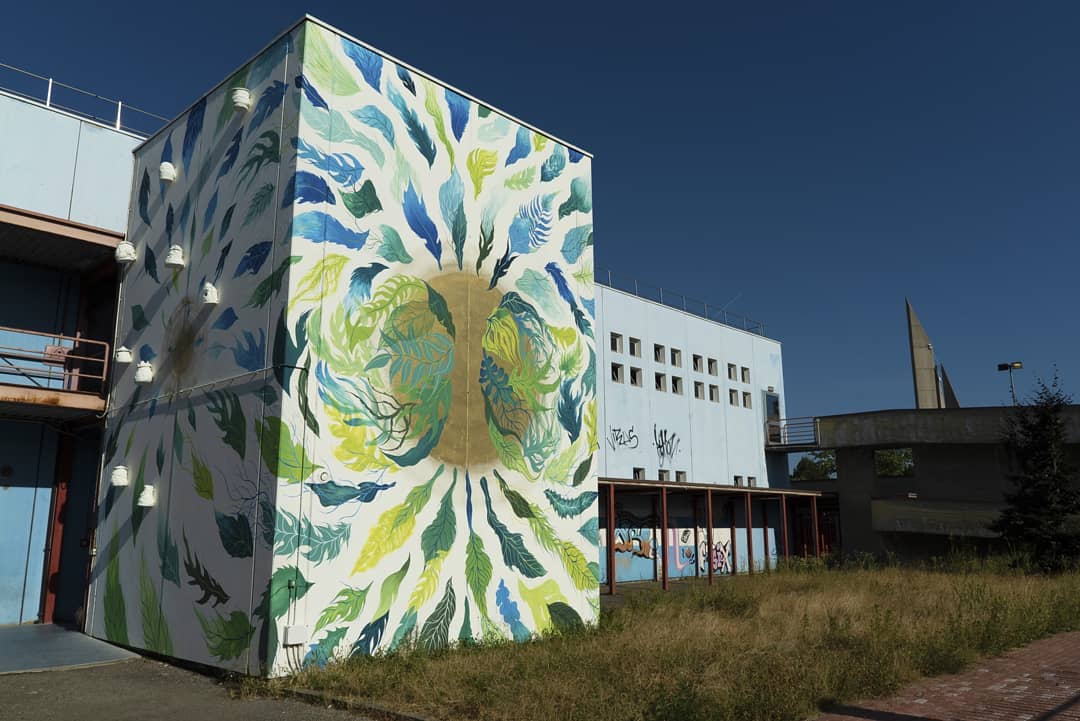 The mural will be gradually hidden by the vegetation growing that will be set as a curtain – representing the time. The artwork can be put itself into the eternal cycle of life, hence it can not be defined as done, due to its vulnerability to the universal movement of existence.