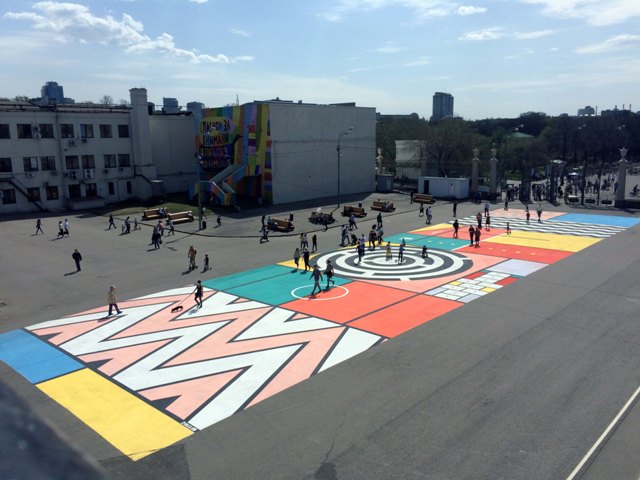 “Geometry for children!” is the title of the latest 1.000 square meter surface work from the infamous ZUKCLUB artist team which was presented at the Central park of culture and leisure Gorky Park in Moscow, Russia.
Specially made to celebrate the opening of the summer park season in Moscow, the ZUKCLUB art group together with the central park of culture and leisure Gorky Park has developed an interactive illustration on the asphalt which will not only be noticeable because of its bright coloring and patterns, but also because it is interesting to study, especially for children. Various games labyrinths, classics, hopping games and places for the selfie are placed into the drawing. The drawing has appeared at an entrance to the park on Moskva River Embankment. The monumental scale of work can be estimated from Krymsky Bridge, the area of the drawing is more than 1000 square meters. 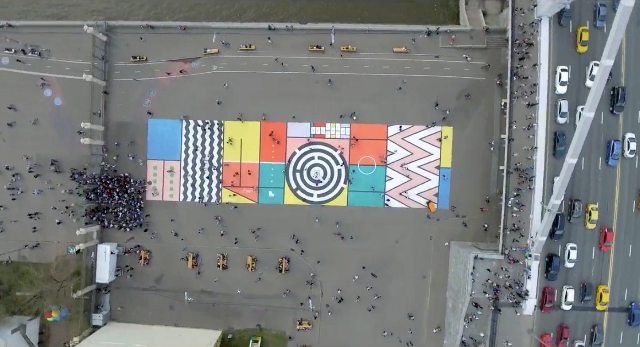 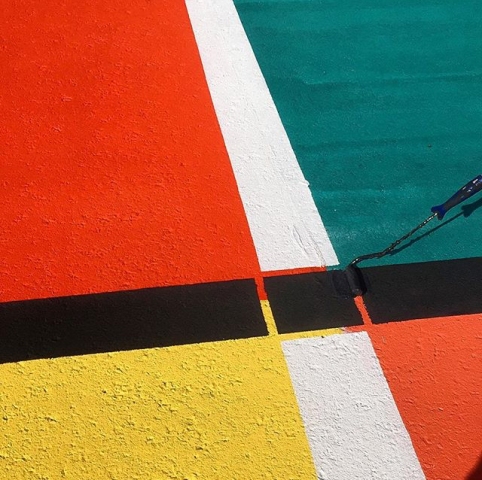 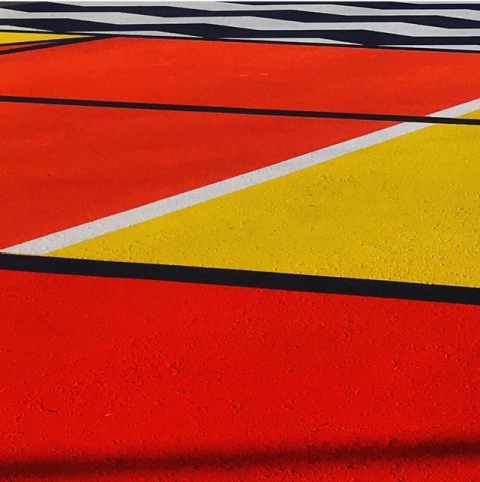 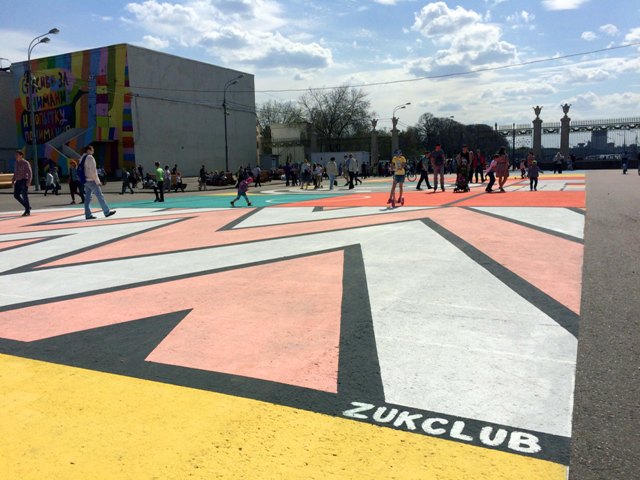 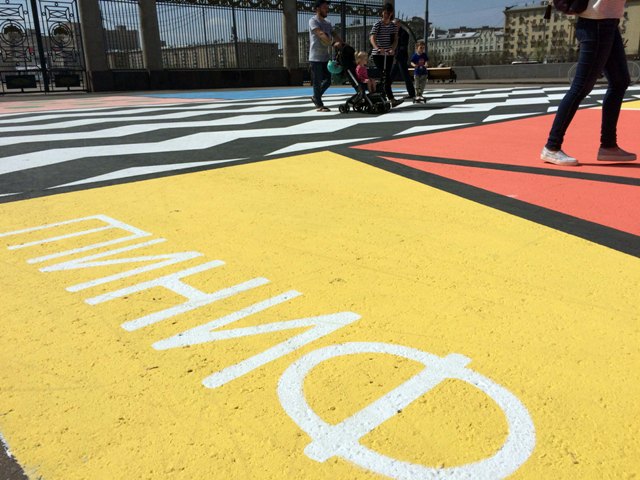 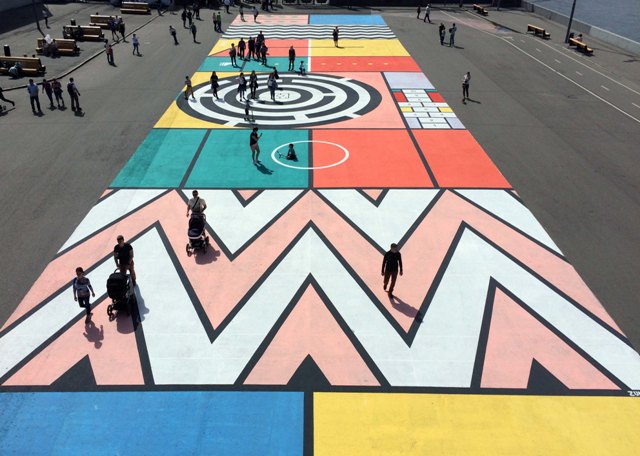 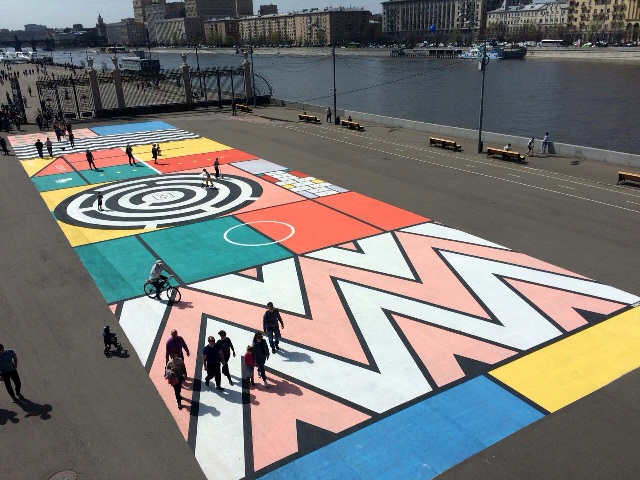