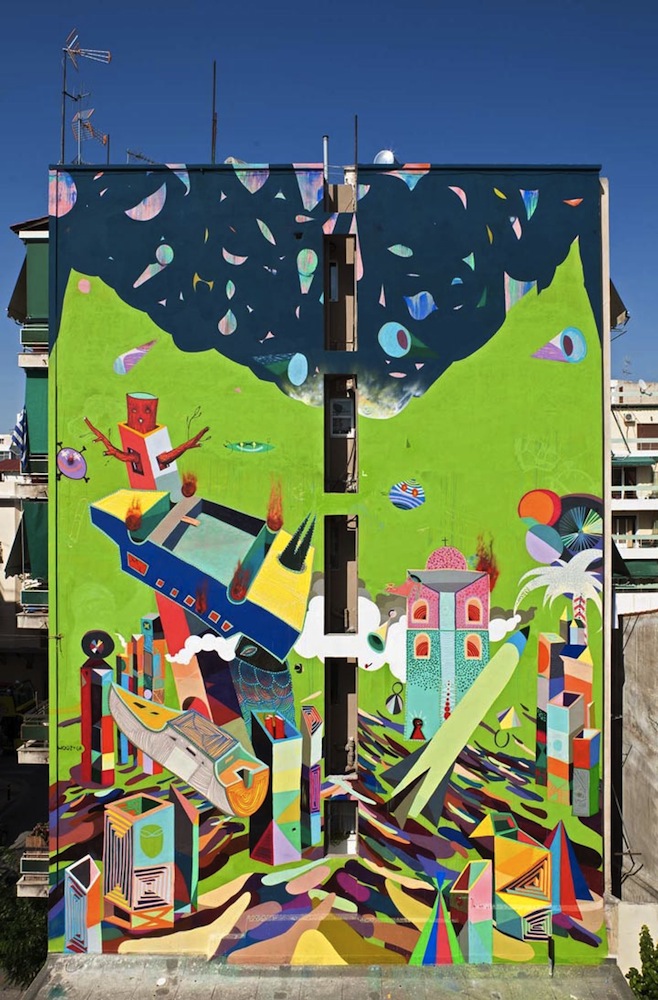 This is an image in which colours, objects, shapes, and meanings are interconnected in a continuous flow. By employing abstract elements in my work I am attempting to alter modern urban structure. It is an effort to achieve synthesis through antithesis; inside the building is trying to resist its destruction by concrete in the urban environment, the swimming pool is a falling symbol of wealth, disoriented within this crisis of values a church close to a rocket is an indication of an unholy alliance of the religious establishment.”

Below the link of the video: