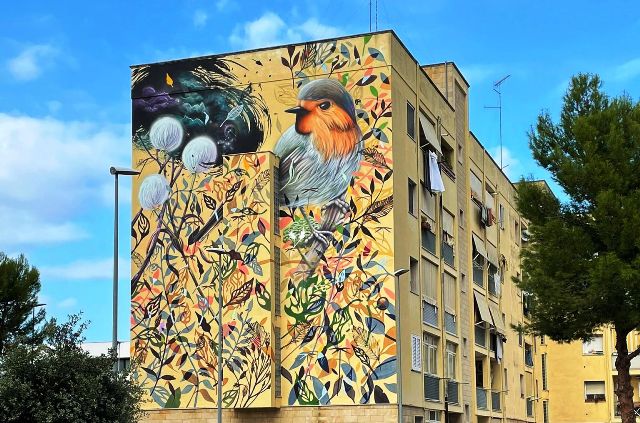 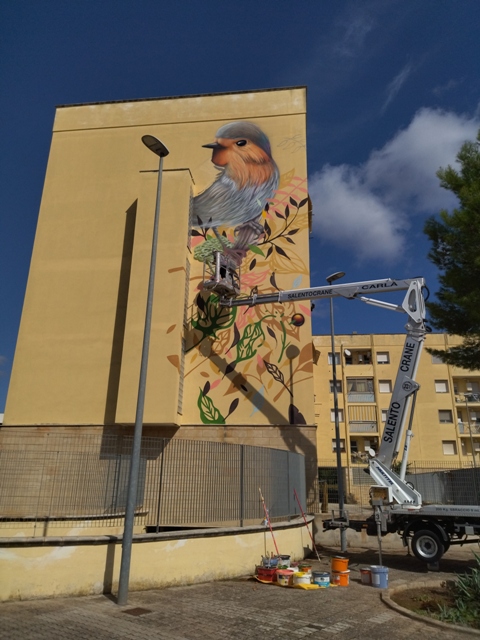 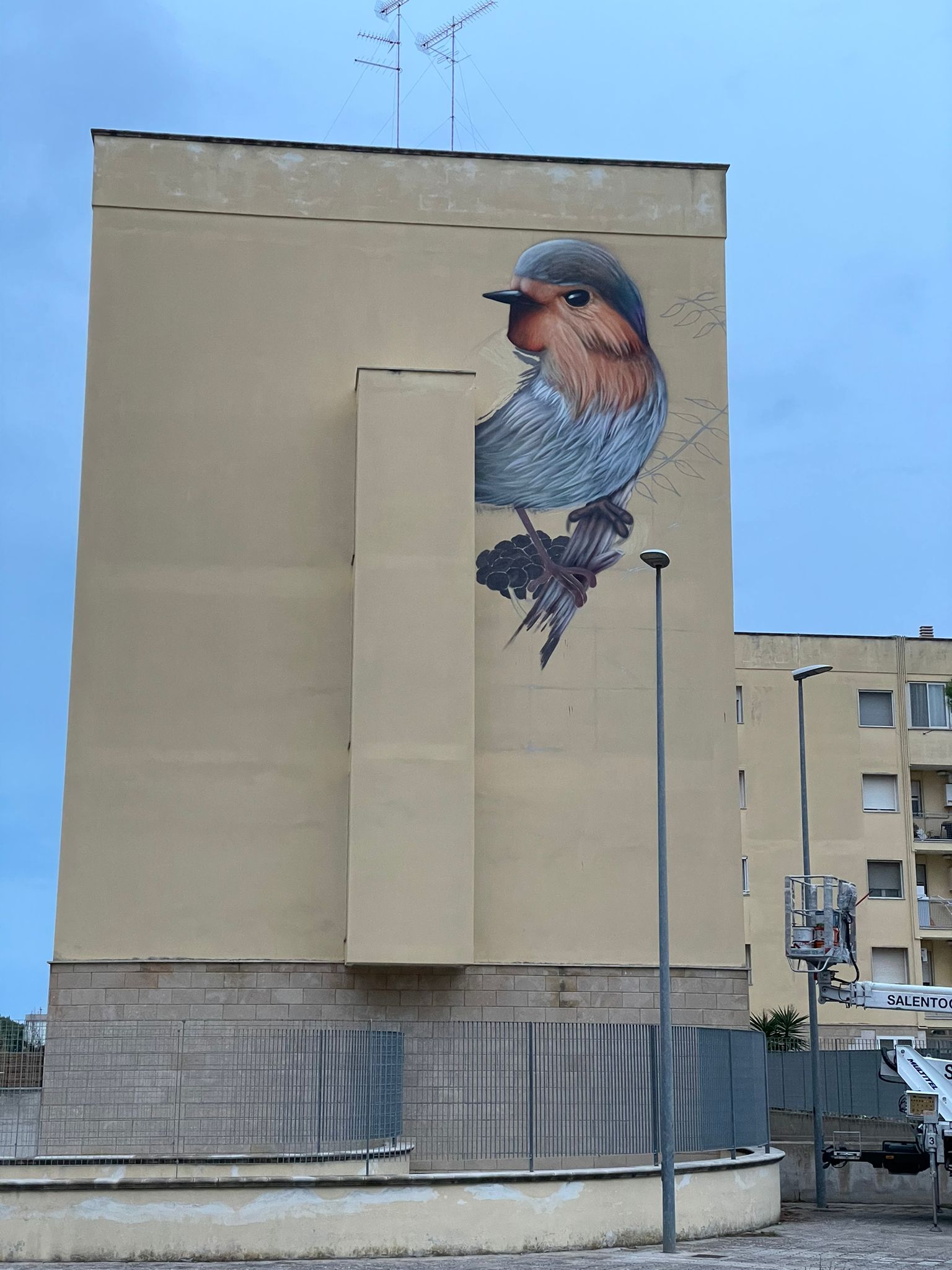 Hosted by the 167/B Street ACU, the artist created the “RISE – In the meaning of stand tall, work together and unite” work of art by using a mixed technique (painting, acrylic and spray), which featured a strong naturalistic imprint and an iconography marked by the fairy-tale traits which are typical of the artist’s style. Having discussed with the 167/B Street cultural association on the subject of local birds, the artist chose the robin (a species that is also widespread in Holland) as the iconographic element to be reproduced: in order to achieve such a goal, he first painted a canvas with many small specimens, and then reproduced them on a large scale.

The decision, taken by the 167/B Street UCA, to work with Collin Van Der Sluijs continues a path which has been built over time. As a matter of fact, in 2020, the cultural association was the winner of the competition titled ‘STREET ART – Italian and Dutch artists launch a message together’, promoted and conceived both by the Embassy of the Kingdom of the Netherlands and the Consulate General of the Netherlands in Milan. The resulting ARTogether project brought a large intervention in Via Ragusa in Lecce, created by the renowned KARSKI & BEYOND Dutch art duo. 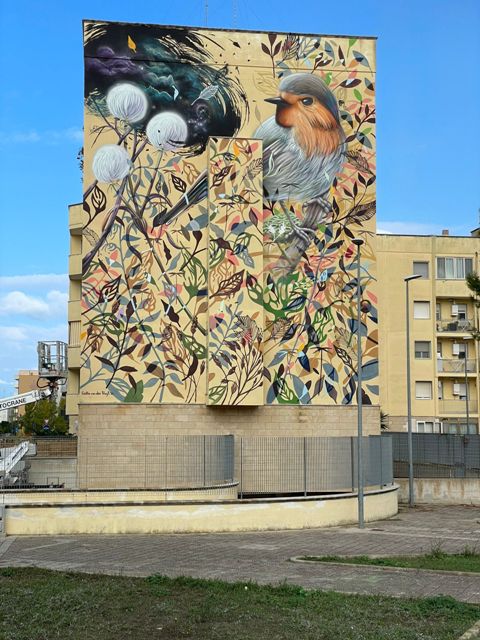 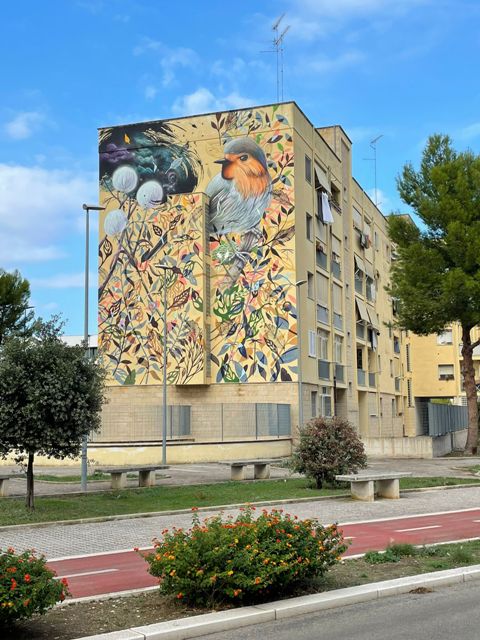 «With HollAndMe we continue a path dedicated to urban art that began last year – Bas Ernst, a cultural attaché of the Embassy of the Netherlands in Rome, said. He adds: «We are happy to cooperate with 167/B Street again in order to bring the work of another important name in Dutch urban art, Collin van der Sluijs, to Lecce. The works by the six artists we are supporting with our program in Italy this year were created thanks to the commitment of formidable local partners, who enthusiastically decided to host and create them. We hope that such works of art will help create more beautiful and livable neighborhoods».

Such a work of art is located within the “167”, working-class district on the outskirts of the city, which in recent years has become the protagonist of an important process of regeneration and enhancement for the area by means of Urban Art: indeed. starting in 2017, thanks to a bottom-up agreement between the 167 B Street workshop, the Parish of San Giovanni Battista in the person of Don Gerardo Ippolito and Arca Sud Salento, 10 monumental murals have been created on as many building facades, as well as numerous smaller artistic interventions, along with meetings, conferences, workshops, exhibitions and presentations, which continue to transform the neighbourhood on the outskirts of Lecce into a constantly evolving artistic and social laboratory.