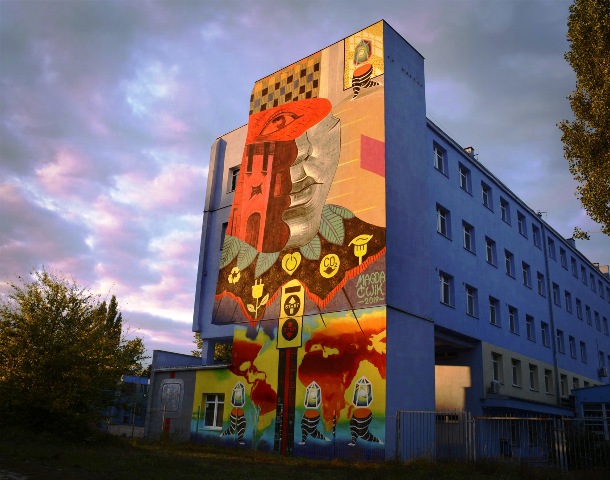 The latest mural entitled “Children and Fish should be heard” which Magda painted in Teofilów neighbourhood strongly relates to the current condition of our planet, as well as its uncertain future. The artistic idea of the mural was based on the statements of the inhabitants of Teofilów and the artist’s own thoughts on the climate change of our planet, the need for care for our environment and a positive view of the future and possibilities of our own choices. Łódź textiles, patterns and elements refer to the tradition of the city’s textiles. Symbols and icons of recycling, renewable energy sources, reduction of CO2 emissions into the atmosphere or conscious consumption of plant based food are widely known and incline reflection for everyone. 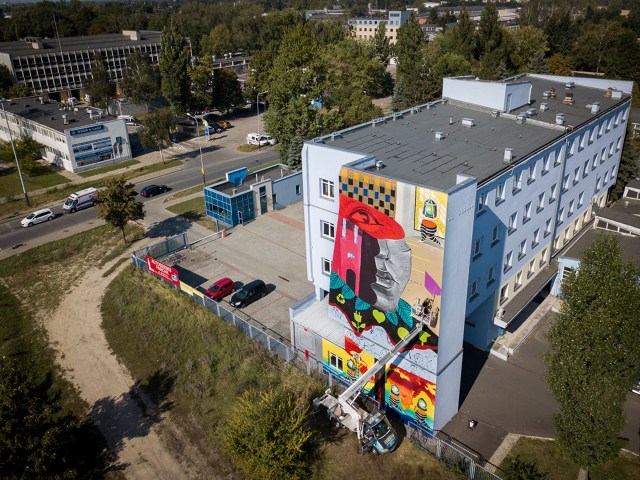 When painting the symbols, she used a paint that illuminates during the day and shines at night as a symbol of the use of solar energy. The wall was painted without using a spray paint. Completion and official unveiling of the mural aligned with the day of the General Climate Strike. 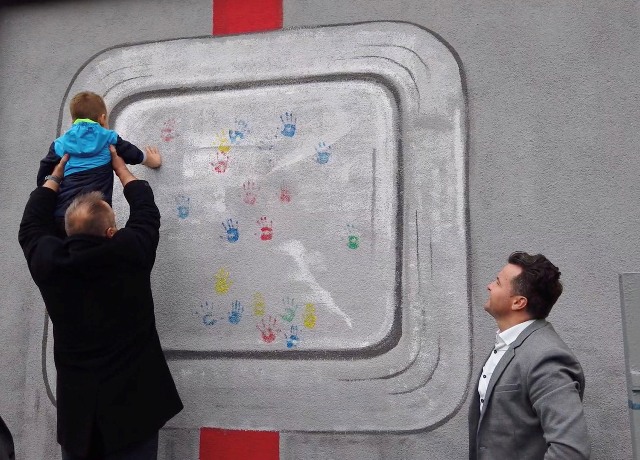 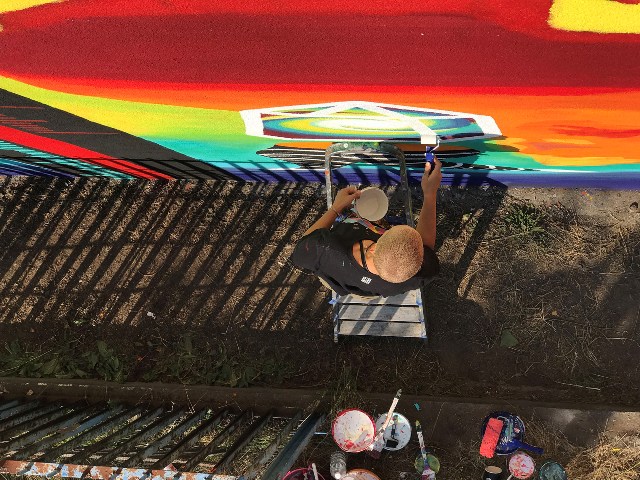 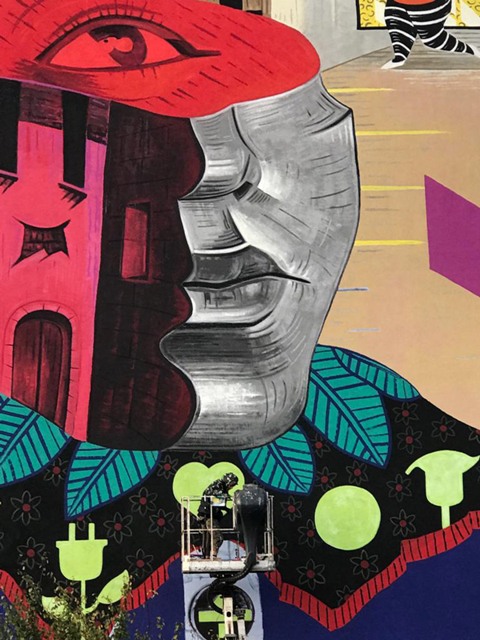 At the bottom of the mural a map of the world can be seen, a simulation of earth temperature carried out by NASA for year 2100 (Source: https://climate.nasa.gov/news/2293/nasa-releases-detailed-global-climate-change-projections/).

The opening was attended by, among others, children from a nearby kindergarden who left their hands’ prints on the switch which is an integral part of the work. The mural was painted thanks to the Urban Forms Foundation, which for the past 10 years introduce urban art in Łódź City. 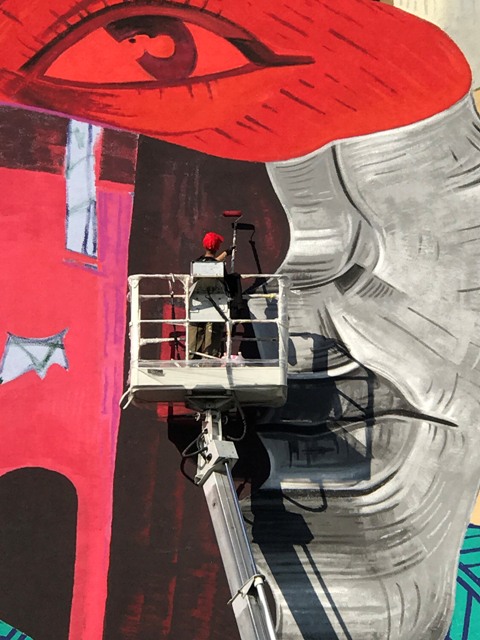 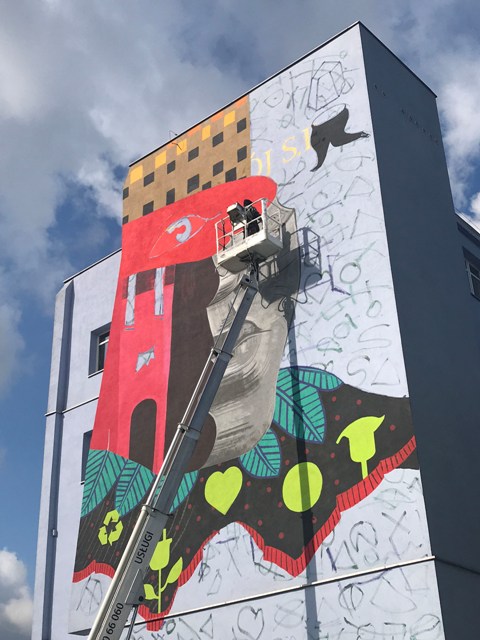 The mural shows how such a strong medium can influence the viewers. This is not only a random image on the street, but a piece of art full of emotions and reflections. The mural cannot be an ad, it should convey ideas.