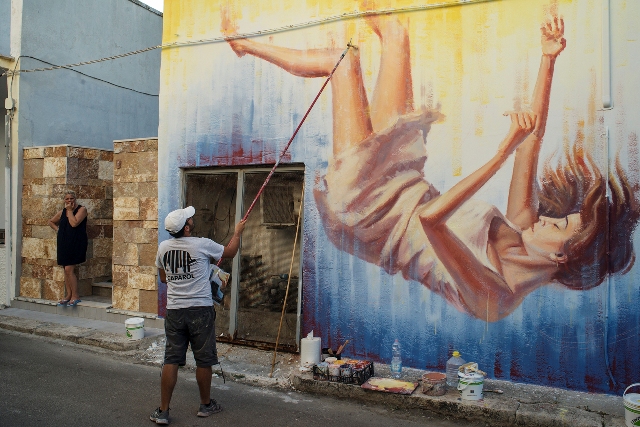 The first edition of Casalabate Street Summer Festival has just ended. Here, the urban territory of the seaside of Casalabate was crossed by the intervention of nationally and internationally renowned artists, who created majestic works of art on the external walls of diferent buildings.

The intention to create a real creative and artistic district with the acronym CAD – Casalabate Art District, has created an open-air creative workshop on the streets of the town. 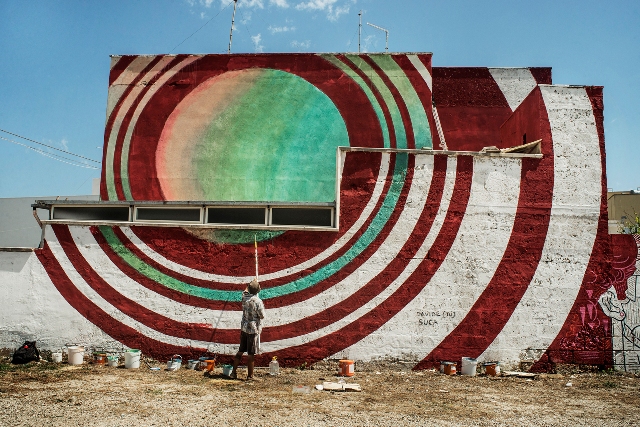 The event was curated and directed by the Cultural Association “167/B Street” from Lecce, one of the best Italian artistic forges with international experience in the held of urban street art and realization of participatory workshops, in collaboration with Casalabate Music Festival (famous reggae festival which has been held for years in Casalabate) together with other associations, a reality in the area and with the sponsorship of the Municipalities of Squinzano and Trepuzzi.

Murals were dedicated to popular music singers such as Nicola Arigliano (known jazz singer, born in Squinzano), Renzo Arbore, Uccio Aloisi (the father of pizzica), Lucio Battisti, Albano and Romina.Despite of the tribute, artists were also inspired by the imaginary linked to the sea and the Mediterranean. 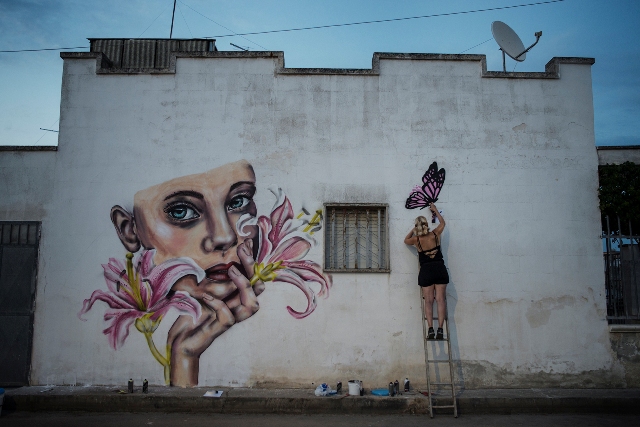 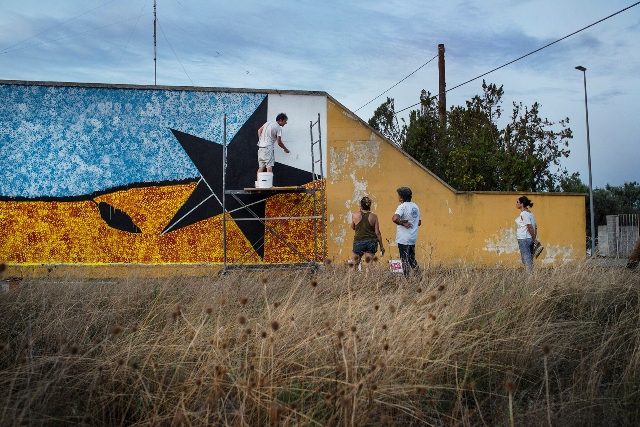 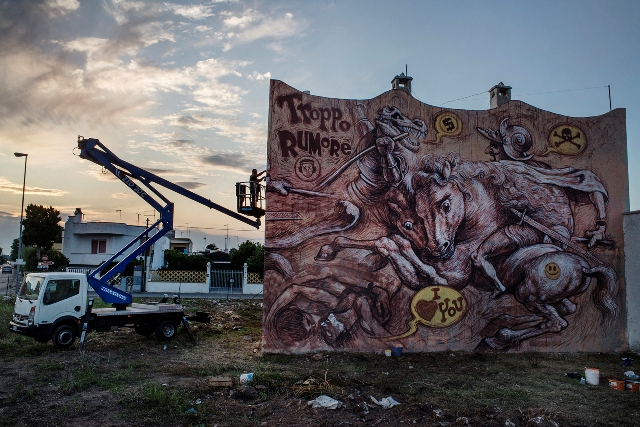 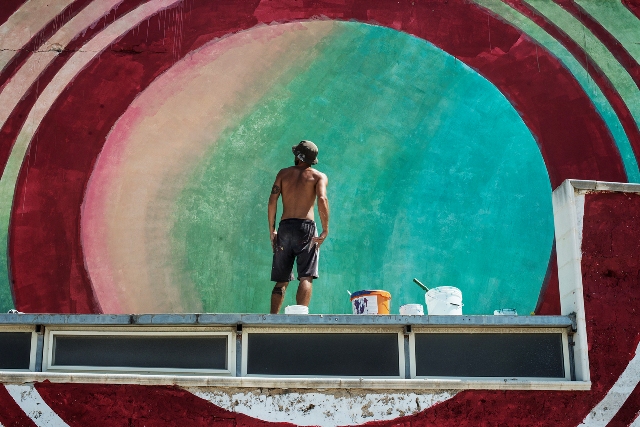 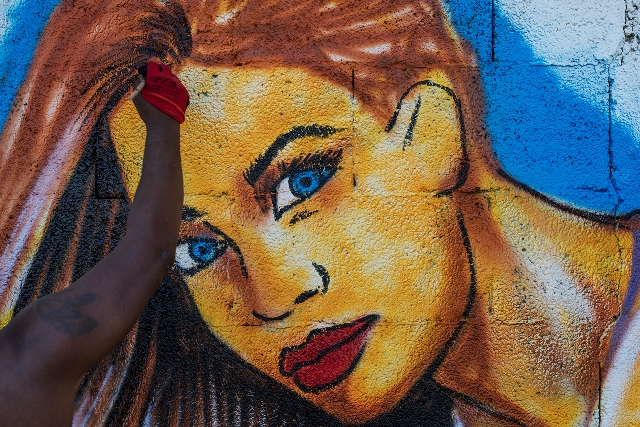 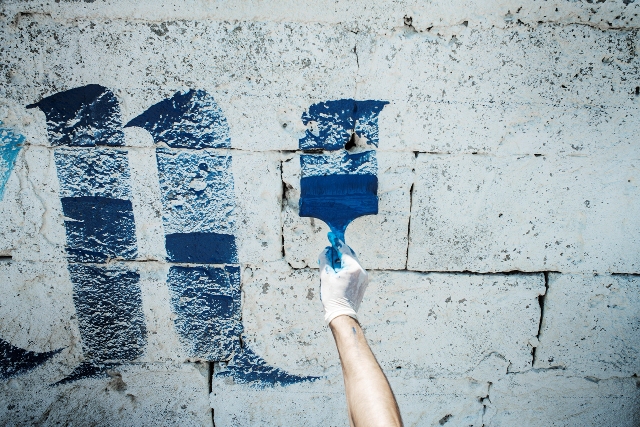 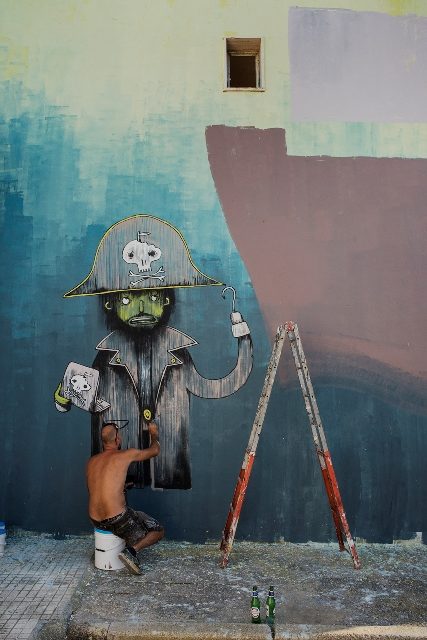 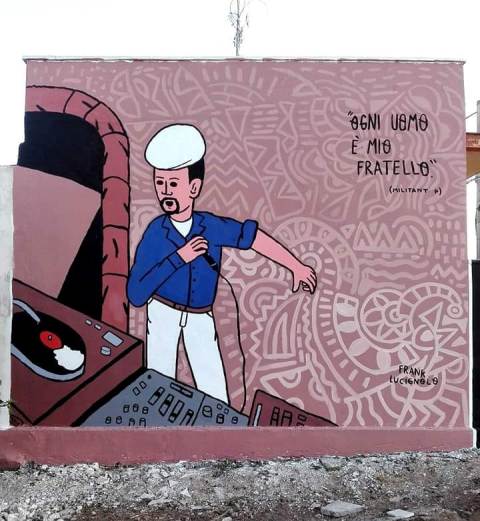 Casalabate, marked by heavy building speculation that began in the 1970s, sees this way, through the 27 new high-visual wall murals, returned its soul to its most authentic vocation: a small fishing village able to become a new district creative and artistic.

The event would not have been possible without the sponsor of Caparol colors, one of the brands with the widest assortment of technological solutions for facades, paints and paints. Among others sponsors: RI Group, Cacciatore House of Taviano, Colorificio 2M of Trepuzzi & Adriatica Metalli, Loop – Astrofat.

Curated by 167B Street