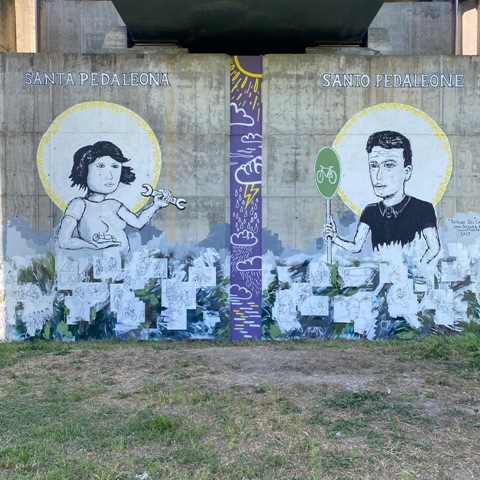 From April 23 to May 18, 2021, the Dresden artist Jens Besser was on the Eurovelo 7 between Dresden and Bologna with his cargo bike. His bike tour took him to Regensburg, Linz, Innsbruck, Brenner, Trient, Mantua and Camposanto, among others. 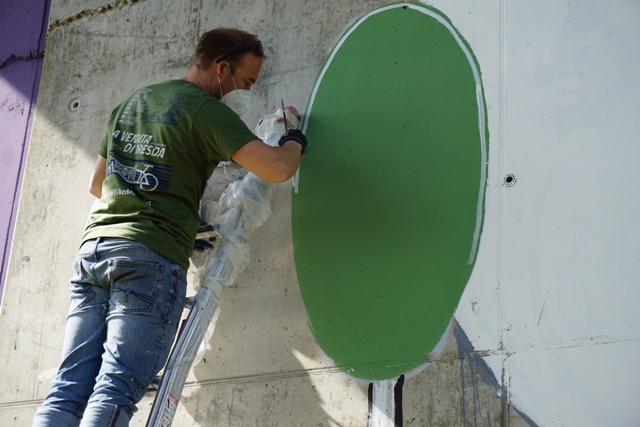 On the way he researched the circumstances of the transport of the Vendita di Dresda *, made drawings and realized murals. The Patroni Dei Ciclisti were created in Camposanto along the Ciclovia del Sole *. The patron saints of cyclists were realized by Besser in collaboration with and Simone Ferrarini of the Collettivo FX group from Reggio Emilia. Italian cycling legends were used as templates for the images of saints. 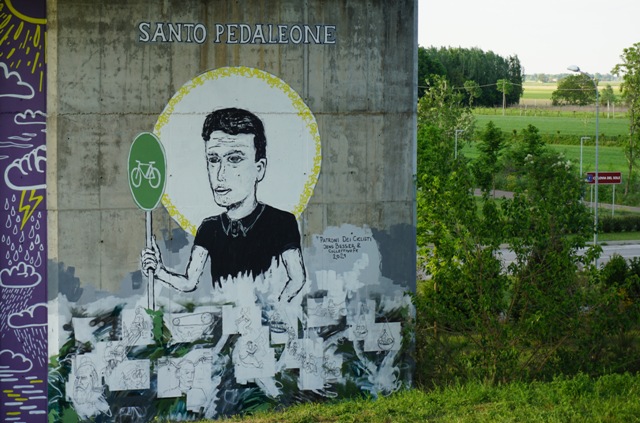 Alfonsina Strada served as the inspiration for Santa Pedaleona. She was the only woman who ever rode the Giro D’Italia. She registered as a man. The fraud was only discovered during the tour, but due to the extensive media coverage, she was allowed to ride until the end. Santo Pedaleone is reminiscent of Luigi Malabrocca. Malabrocca was probably the best known wearer of the Maglia Nera (Italian for black jersey) of the Giro D’Italia. In order to get the jersey of the “last one”, he hid by the roadside or took particularly long breaks. 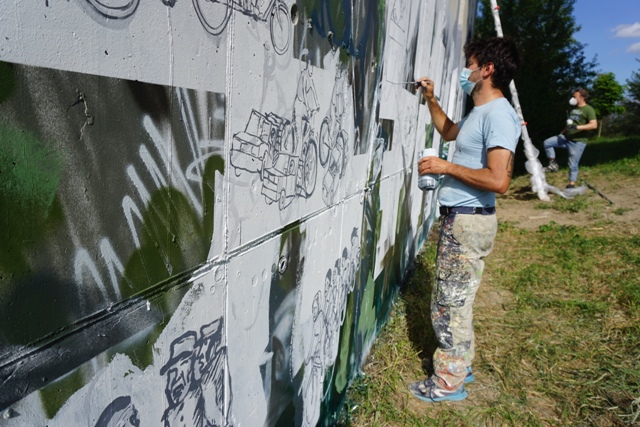 In addition, Besser realized a mural in the Cicloofficina Errante in Mantua and took part in the VeloGetArte art campaign by Cassedy Richter from Leipzig in Bologna.