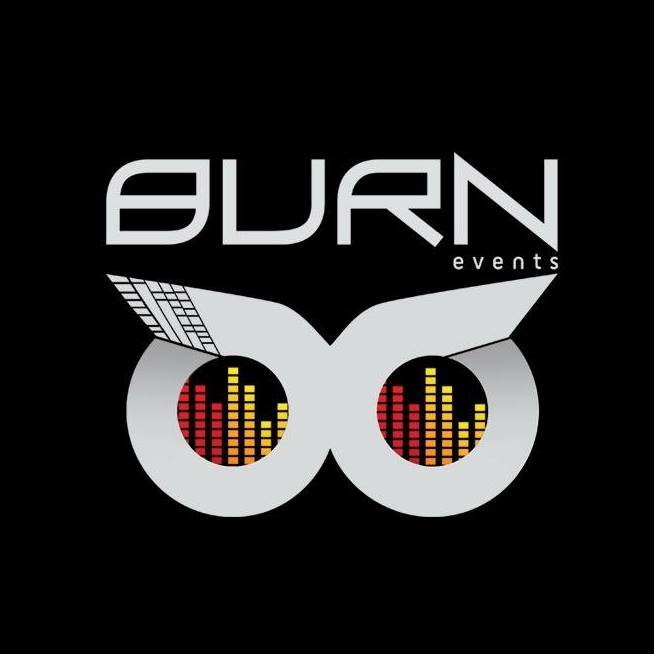 Okuda San Miguel and Felipe Pantone, artists of international renown, will transform the outside walls of Ushuaïa (Ibiza)
Starting on September 30th, the white walls of the Ushuaïa Ibiza Beach Hotel will be turned into the canvas on which the best international urban artists will usher in the new BURN, bringing together urban art and electronic music. 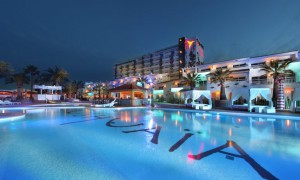 By appropriating the name of the leading brand of corporate color-coding, Felipe Pantone makes clear his interest in reflecting on the standardizing processes of global communication. He investigates the subversive potential of mining artistic, scientific, and electronic languages, practicing hybridization, leaning towards impurity and the contagion of typographic, figurative, and abstract media. 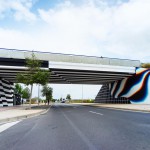 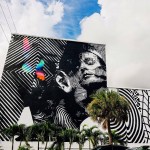 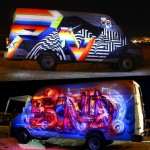 Some of his paintings remind us of the optical games of Bridget Riley, others of the formalism of Frank Stella, but whereas the op-artists attempted to captivate the viewer using illusory kinetics and the formalists emphasized the self-referential nature of painting as shape and color, Pantone takes these precedents from abstract painting and evens them out with the heritage of popular culture (comic books, science fiction, cyberpunk, graffiti-like typographies…) to arrive at a language that fits the hypermodern times.

In that search for an essential communication, his lexicon tends toward formal distillation, with nuances of the allusions to said techno-urban currents: feline jaws between street-style typographies, an expressive urge versus mathematical refinement, bats made into computational geometry, from the atom to the cosmos. The rhizomatic and virtual universe in which we live finds its correlate in the paintings of Pantone, a work sensitive to its environment, whether that be the walls of a gallery or suburban walls. As a graffiti artist, he subverts the Euclidian coldness of urban architecture by introducing multiple potential dimensions unfolding on the aseptic walls of metropolises.

Born on November 19th, 1980 in Santander, residing in Madrid since 2000, and with a bachelor’s degree in Fine Arts from the Universidad Complutense de Madrid (Complutense University of Madrid). Since beginning in 1997, the works of Okuda on abandoned roads and factories in his native city have been clearly recognizable. Along with his street work, starting in 2009 Okuda began producing more intimate works in his studio, which led him down a more personal path.
Geometrical structures and multicolor prints combine with grey bodies and organic shapes that may be described as “pop surrealism” with a clear essence of the street. His works often put forward contradictions regarding existentialism, the universe, the infinite, the meaning of life, the false freedom of capitalism, and they display a clear conflict between modernity and our roots; in short, between human beings and himself.
In his work, multicolor geometric architectures merge with organic shapes, nameless bodies, headless animals, and a multitude of opposing symbols that invite reflection… A singular and very special iconographic language. 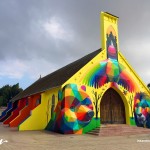 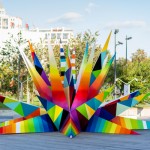 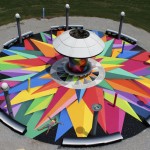 His works can be seen on streets and in galleries all over the world: India, Mali, Mozambique, the United States, Japan, Chile, Brazil, Peru, South Africa, Mexico and the entire European continent.

About Ink and Movement

iam (Ink and Movement) is an artistic project that for 10 years has been promoting the talent of some of the most relevant artists on the contemporary urban art scene, using cultural events known for always going one step beyond the expected, and for offering new contexts for bring art to a wider audience.