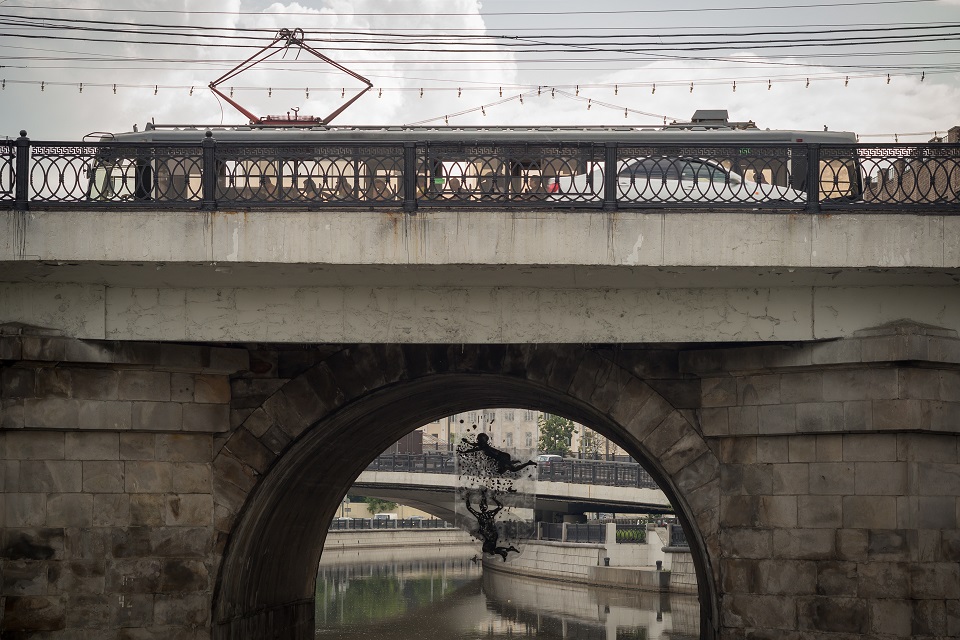 Recently Dmitry Alexeev focuses on the urban space, using public art format (public art – site specific art in the city envirinment, made for the unprepared spectators) to make it more humane. Project BRIDGES regards the space of the arches of a bridge or a viaducts as canvas for artistic expression. Alekseev inhabits his “living shadows”, a charming story about different characters and conflicts. The Parallel Preoject of the Sixth Moscow Biennale of Contemporary Art presents photo and video documentation of the public art instalations. In the arched vaults of Ruin wing Alekseev installs several projects, depicting how they live in the city. One of the installations remains in the arch of the railway bridge at the Artplay design center. 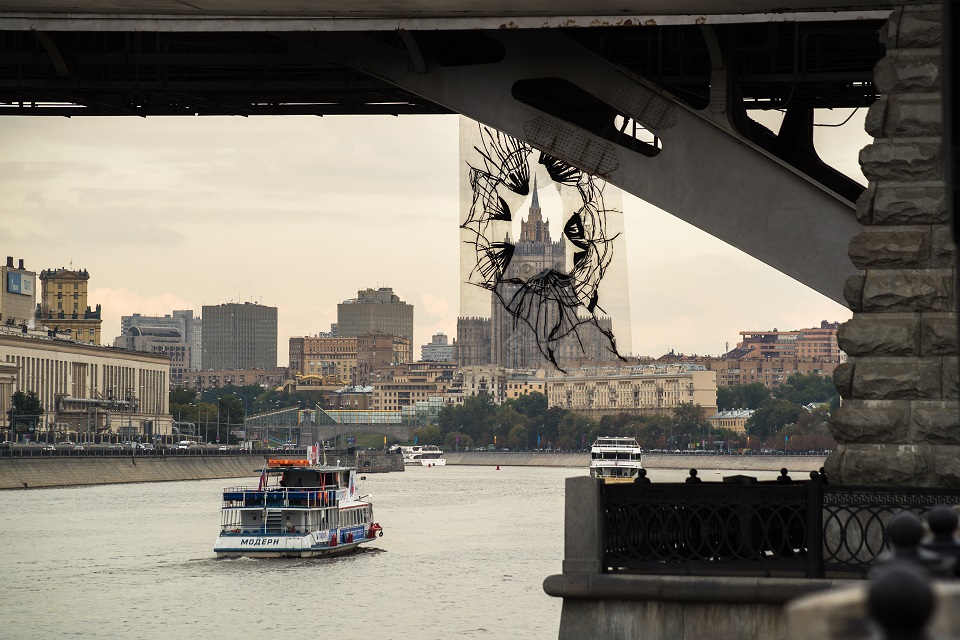 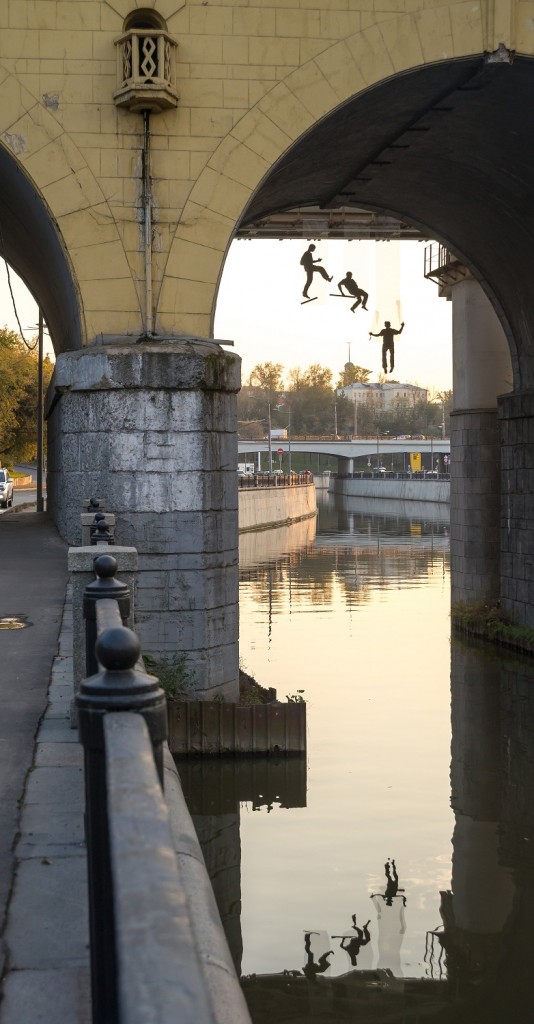 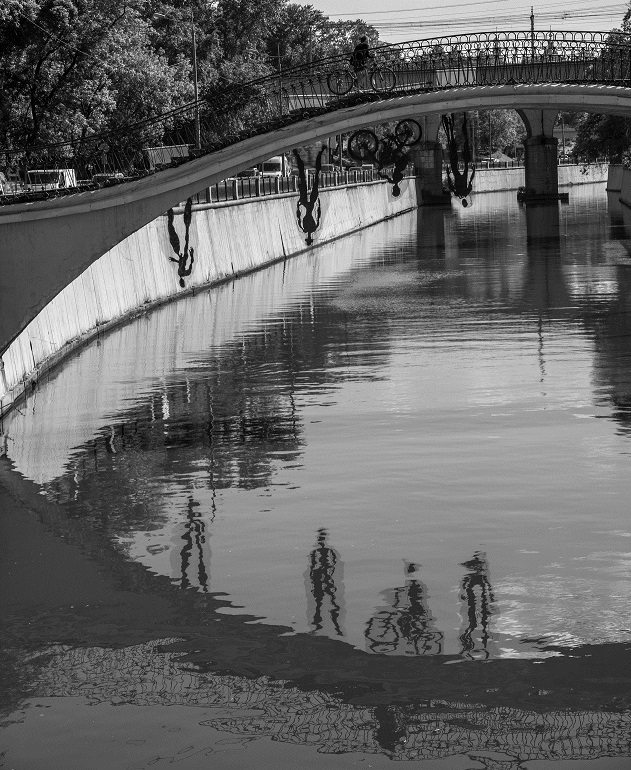 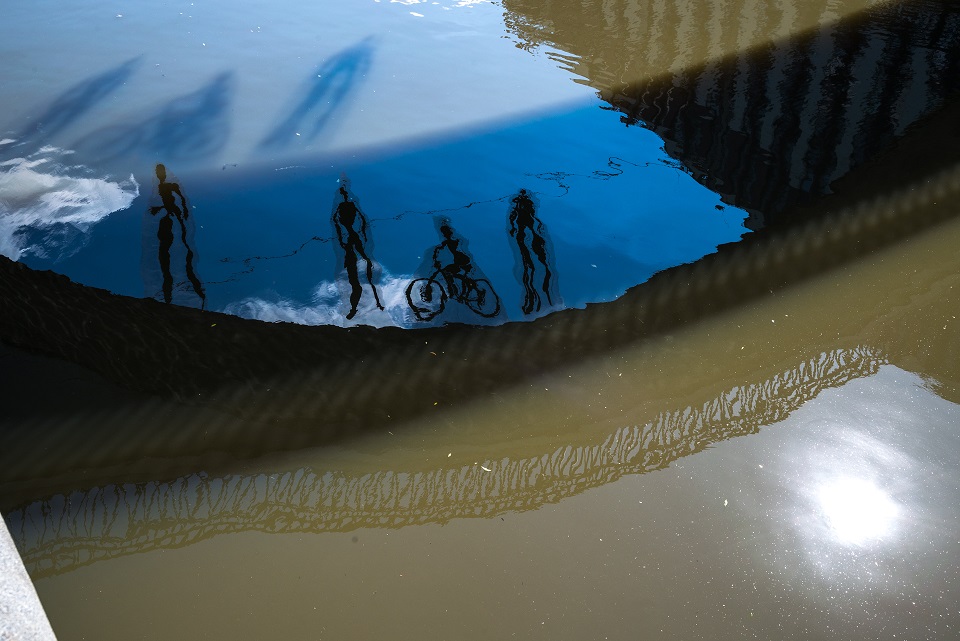 The exhibition brings together a series of public art installations realised from June to September 2015 in Moscow. Ten photo- and video documents, as well as public art projects are transmitted from the urban environment to the Museum walls. Anthropomorphic shadows appear coexisting with us in parallel dimension. Some of them have defined outlines, boundaries of others dissolve in space, others have changed proportions. The project reveals connectiont with the works of the romantics of the XIX century, and with the world of magical realism in the XX century, by changing engineering constructions, at first glance devoid of artistic meaning, into artistic canvas. 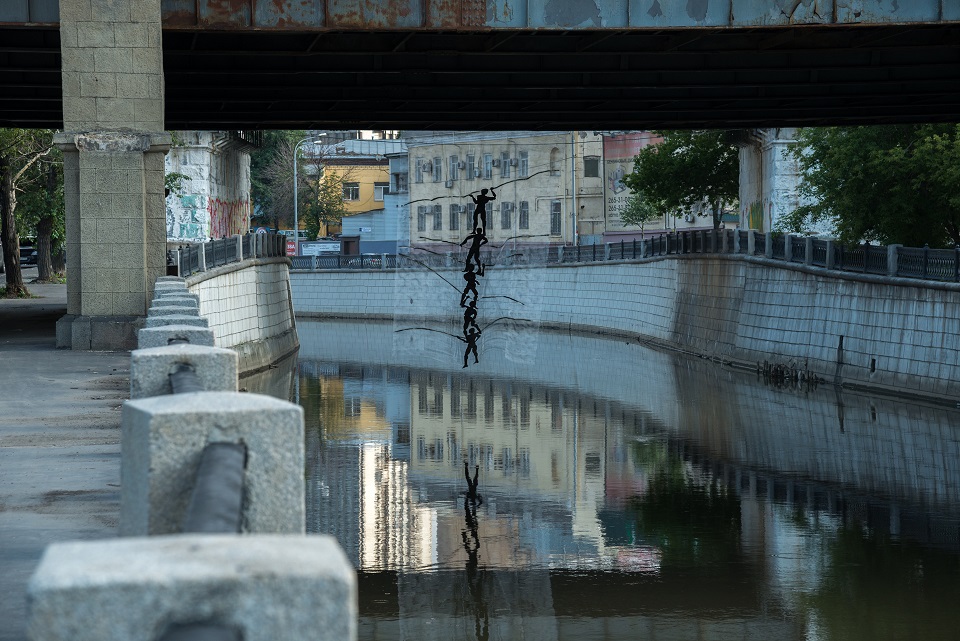 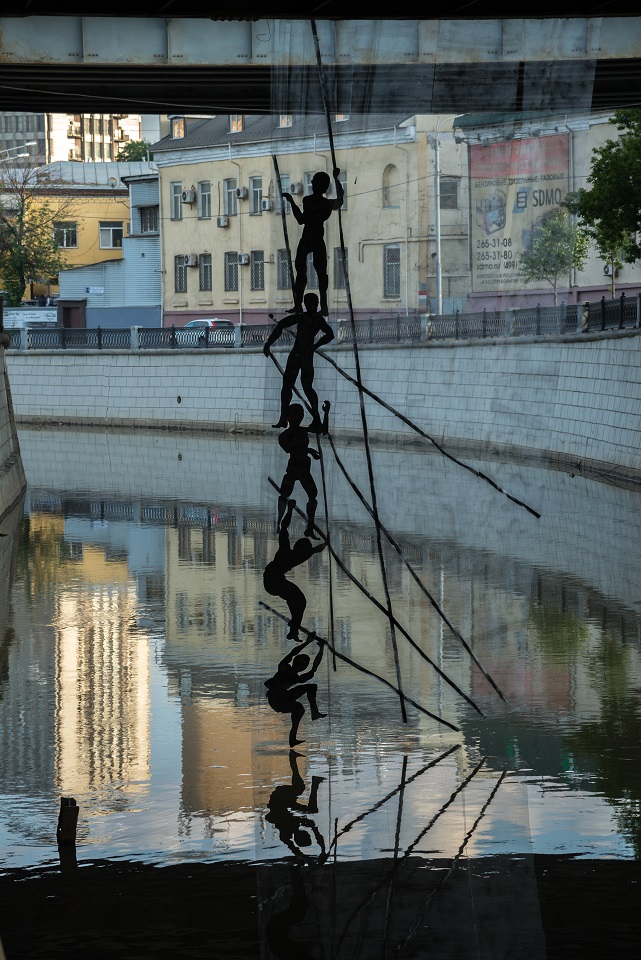 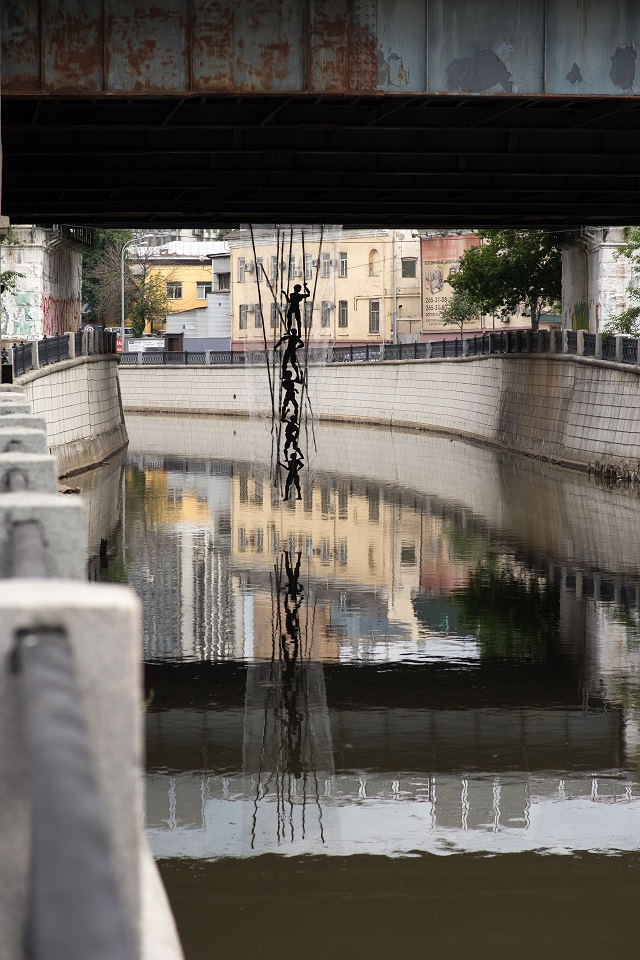 I have always been attracted by the bridges. Both in the metaphysical sense and in engineering – this is miracle. Even the most ordinary bridge attracts the eye. I think? it happens because of the paradoxical situation. The bridge is reclaimed from nature straight or curved, along which movement occurs between heaven and earth. The movement against the sky, above the earth… the Man on the bridge and under the bridge feels completely different feeling,” says Dmitry Alekseev.
Within the framework of the exhibition there is organised a round table “Public art today. Young artist career in conteporary art”. Participants will discuss the possibilities of working in the urban environment for the young artists . 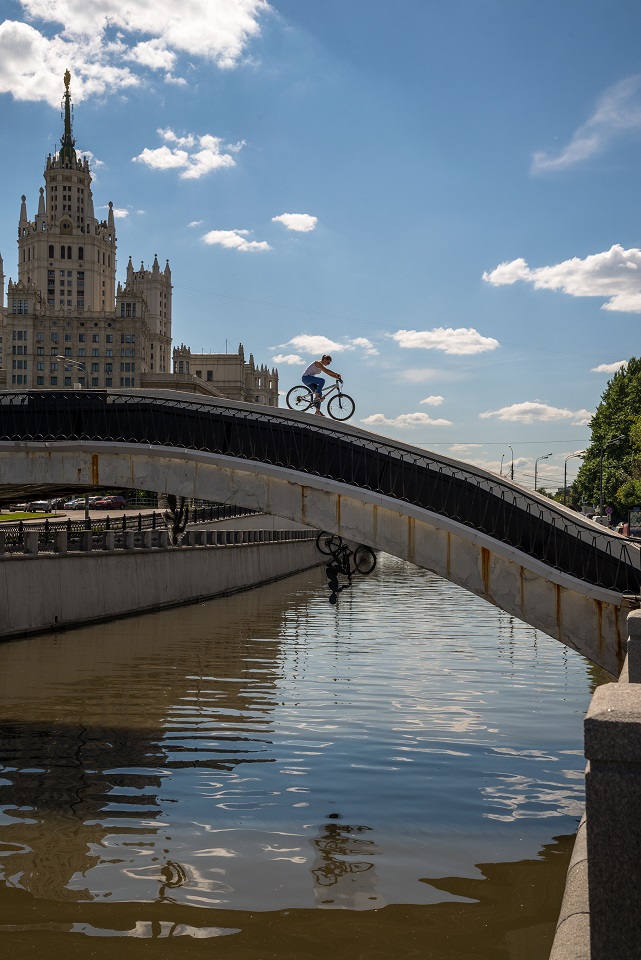 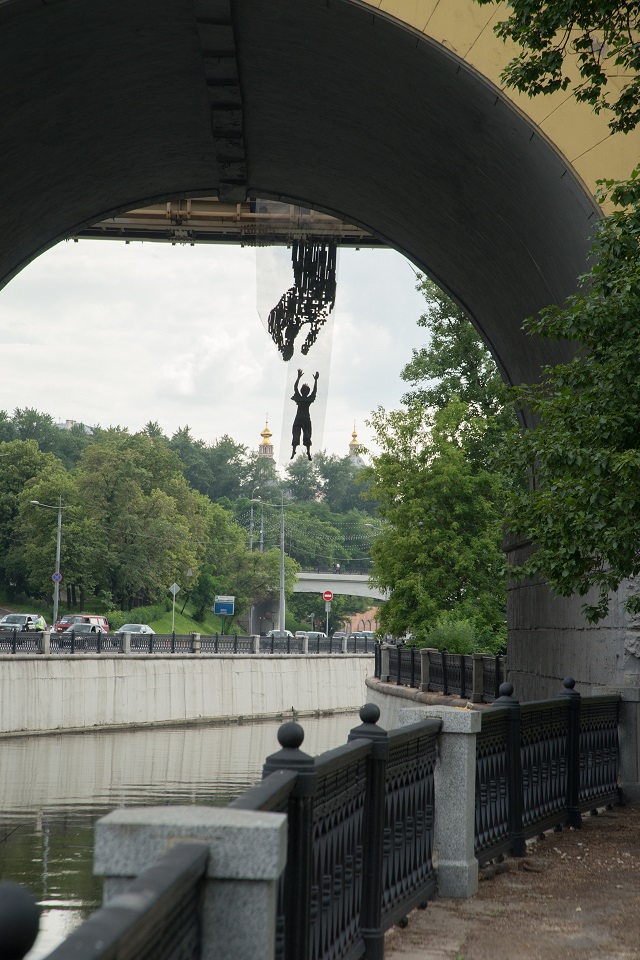 Dmitry Alexeev
The artist Dmitri Alexeev was born in 1963. Graduated from the faculty of applied arts in Moscow Textile Institute
Exhibiting since 1990 in the museums and galleries of Russia (Tretyakov Gallery, Moscow Museum of modern art, the Russian Culture Fund, Moscow House of Artists, Manege…), Germany, Switzerland, USA and other countries.
His works are in numerous private collections in Russia and abroad.
The head and artistic Director of the architectural Bureau “USSR”.
2004-2005 – the lead author of the TV programme dedicated to the design
1990-2008 – participant of corporate artistic and design projects: Archstoyanie, “Beach” (Odessa Museum of Western and Oriental art), “Feedback” (company Mirax Group), “Eyes Salome” (Central House of Artist), “Gardens of delight” (Russian Cultural Foundation), “Walking in Scotland” (the State Tretyakov Gallery with the support of the British Council, the gallery “Cinema” and “Mezhkombank”), “The girls of LFZ”. In total, more than 30 Russian and foreign projects, including 18 personal exhibitions. 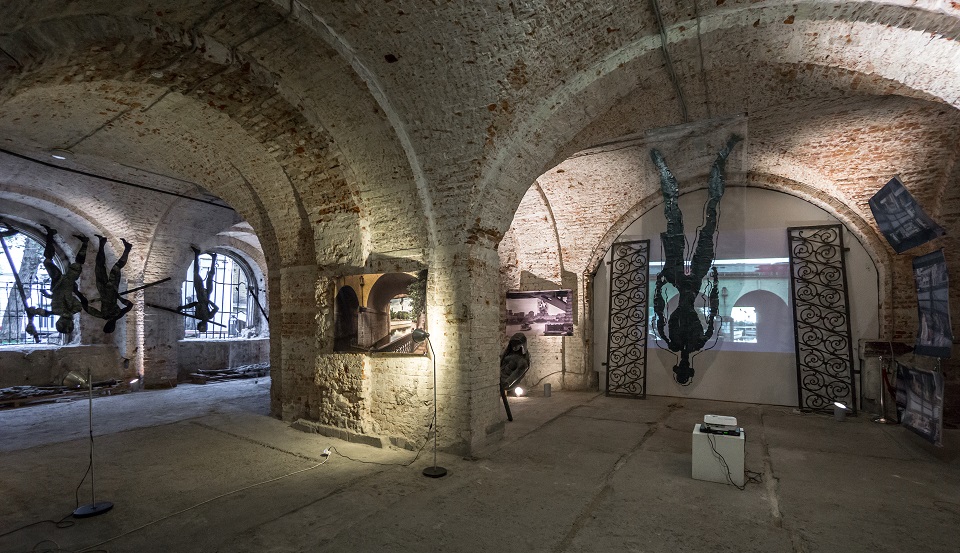 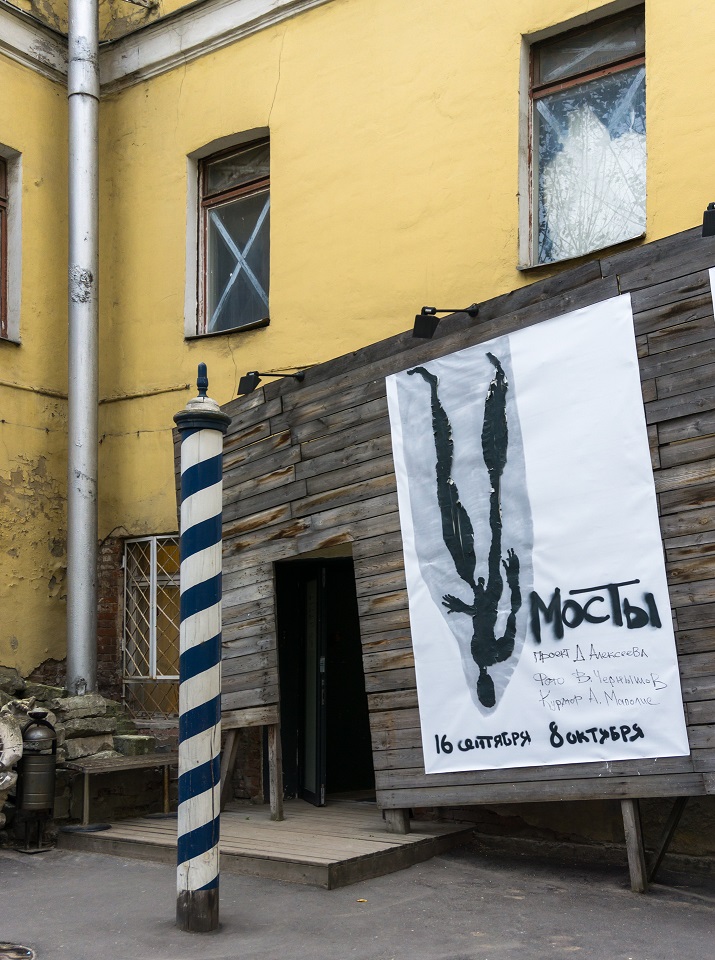 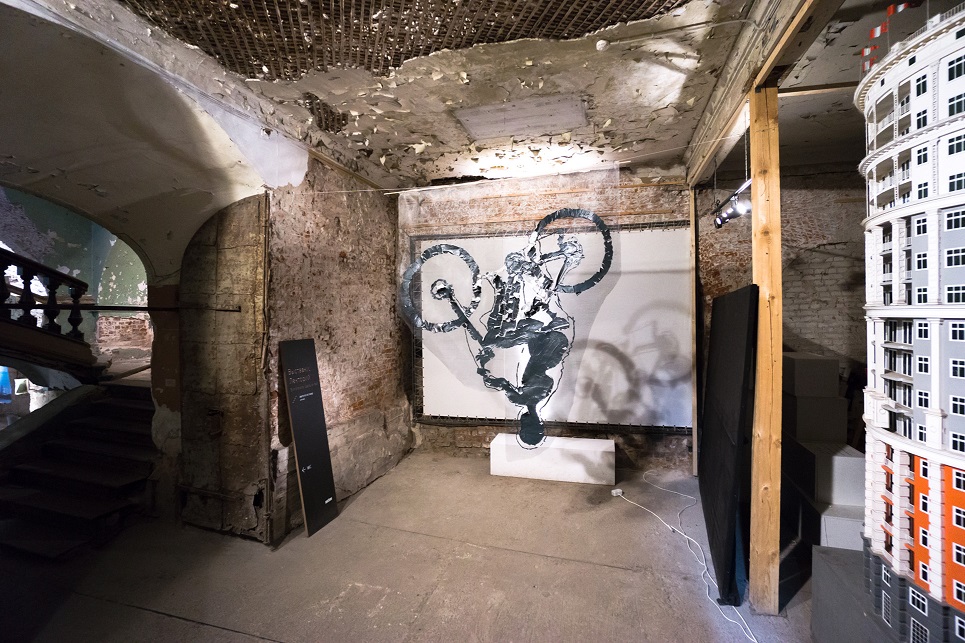