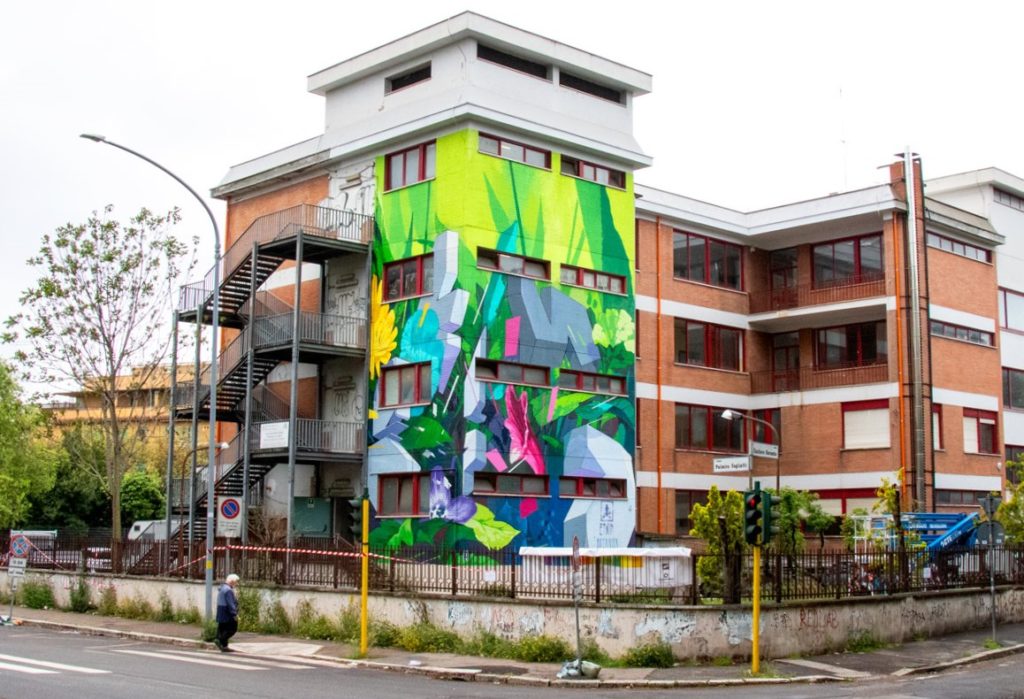 BOTANICA RESISTENTE is the title of the first public work in Centocelle signed by the international artist ETNIK, periferic neighborhood in Rome – Italy. The mural, curated by Mirko Pierri of a.DNA collective, is the first artistic intervention of a series of works that will develop in the upcoming weeks in Centocelle, east area of the Italian capital. 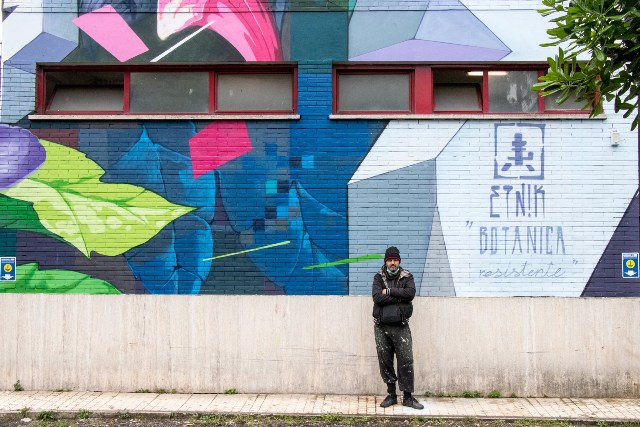 Etnik gives homage to the inhabitants of the neighborhood, working on the facade of the Liceo Scientifico “Francesco D’Assisi” ( Castore Durante street – Rome). The artist deepens the dichotomy between artificial and natural, architecture and nature: “Just a split between concrete and asphalt, where the life reborn. As nature claims its spaces, the inhabitants of Centocelle and all the suburbs defend their own to regain the opportunity to live them fearless” 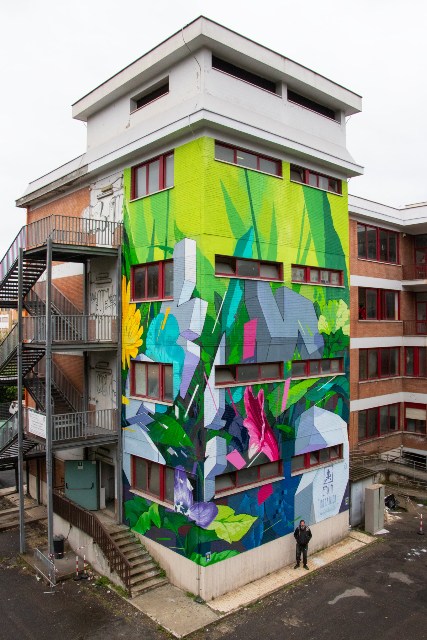 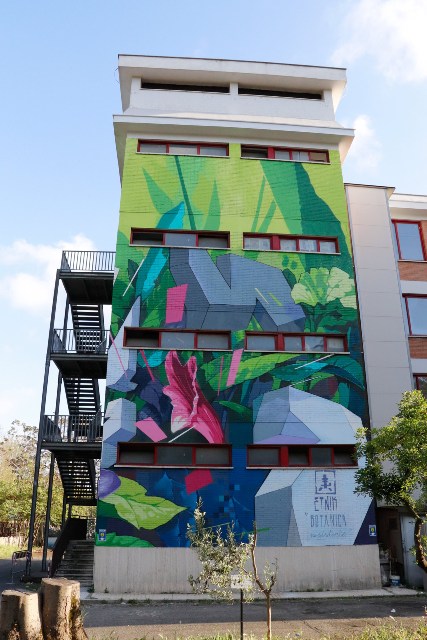 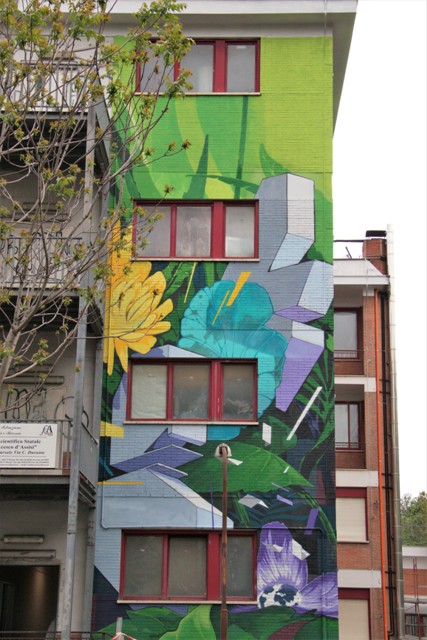 The title refers to the original name of Viale Palmiro Togliatti which, until about 1979, was known as Viale della Botanica. A direct reference, therefore, to the toponymy that characterizes the whole district of Centocelle with its streets named after plants, trees, and flowers. Etnik’s work is undoubtedly based on the irremediable antithesis between architecture and nature: in the mural concrete blocks, asphalt and artificial works succumb to natural elements, giving life to a slow but gradual reconquest of spaces taken from nature. But “Botanica Resistente” has multiple readings. Those plants and flowers represented by the Italian urban artist, known and respected all over the world, also want to symbolize the ability to react of the inhabitants of Centocelle after the fires at La Pecora Elettrica, at the Baraka Bistrot, and other local shops in 2019. The symbolism used is a tribute to those who take action in their territories in defense of the common space for the dissemination of culture, inclusion, and social interaction. A feeling that is also the engine of the Uno, nessuno, Centocelle project. The light that is rekindled, the letters that thanks to the interaction come back to compose a collective story, culture as a tool. 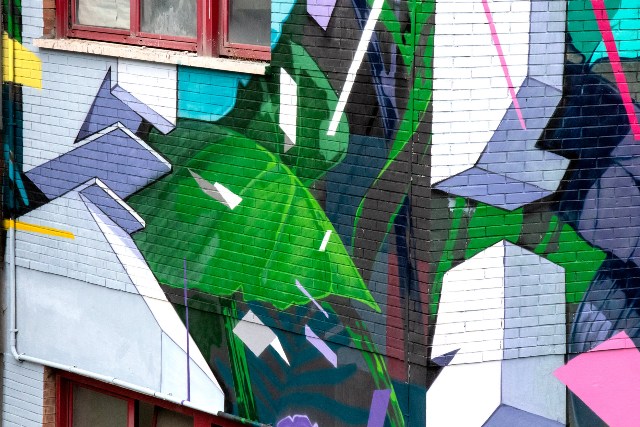 After five days of work in progress, the work is finished. Some hidden details are indirect references, such as the blank pages of suspended books. They are small dedications wanted by the artist, which can only be grasped by those who have lived in those places. “I wanted to symbolize a rebirth – explained Etnik – a breach in the concrete as a glimmer of possibilities to overcome this long dark period. The blank pages that I inserted in detail of the mural are still to be written – he concluded – a way to entice to leave negative events behind to move forward and write a better story. ”

The work is representative of familiar urban corners, on the border, where between asphalt and concrete, spontaneous plants are in a constant struggle for survival. “Living the streets to fight the social isolation and the speculative and criminal control of the neighborhood is necessary”, explained Mirko Pierri of a.DNA Project. “A similar work can and must support the inhabitants of the place that hosts it because telling about their actions enhances their constancy – he outlined – which is fundamental for the defense and survival of the identity of a territory”. 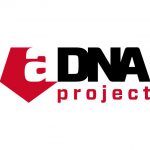