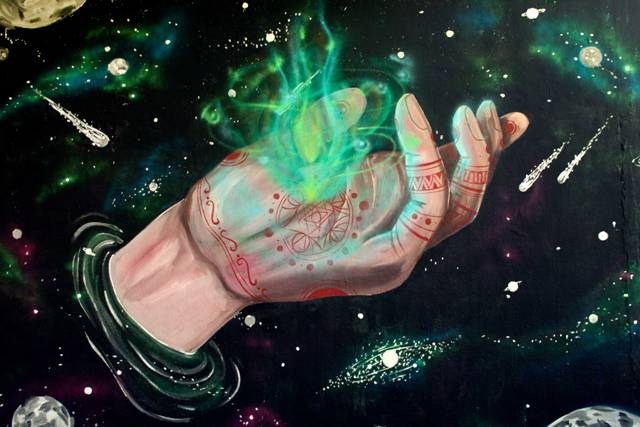 Here we have some photos of the first mural Skount did on a series of seven murals inspired by the meditations of the Seven cosmic currents of energy.

As the artist explains: ”According to the Tibetan esoteric master Djwhal Khul, he calls them the seven channels through which all that exits flows and says that in reality there is nothing in the solar system, whatever its degree of evolution, that neither belongs nor belongs to one of the seven rays.” 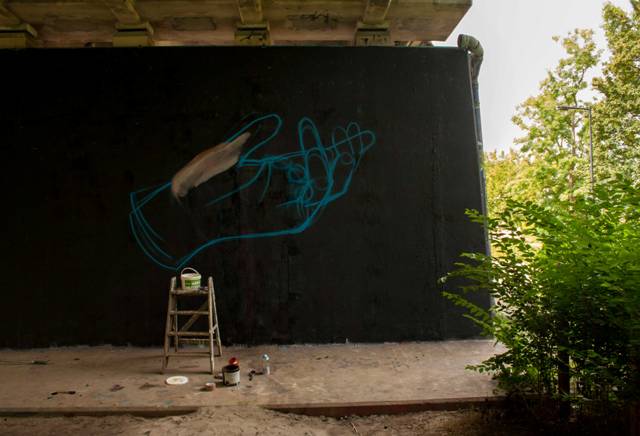 In each person, the “I am” Presence belongs to a ray, the Solar Angel to another, and the personality to another.
According to the evolutionary state in which one finds and manifests , some of the virtues of the ray, and the same happens with vices of the same ray. 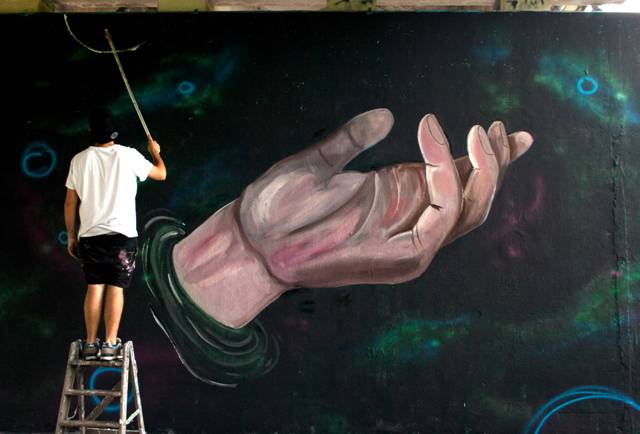 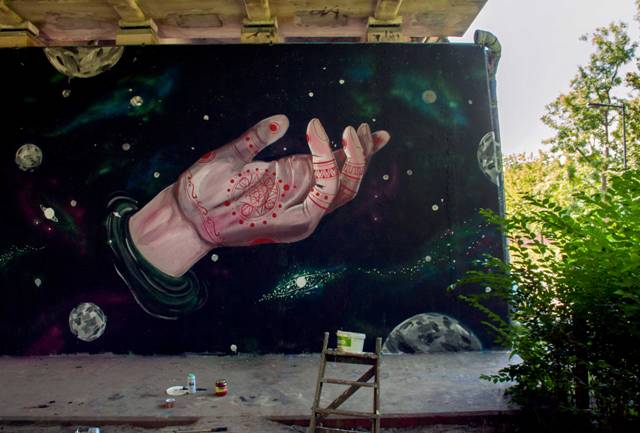 ”To make it easier we will say that each ray has special virtues, vices and virtues to be acquired and that depends on the evolutionary state of each, what manifest; As everything is always in the spiral of the evolution of the vices will be exchanging in virtues.”

These pictures depict the Blue ray:
Sunday – Blue flame virtues: will of god, decision, firmness, protection. It is a strong energy to ask for protection. The blue flame gives physical and spiritual strength and can involve households, families, children, etc. asking them to be protected by a Mantle of Blue Energy, thus eliminating all fear of our lives. Also demand the Sword of the Archangel Michael and his legions to cut and release negative creations, vices, fears, etc… 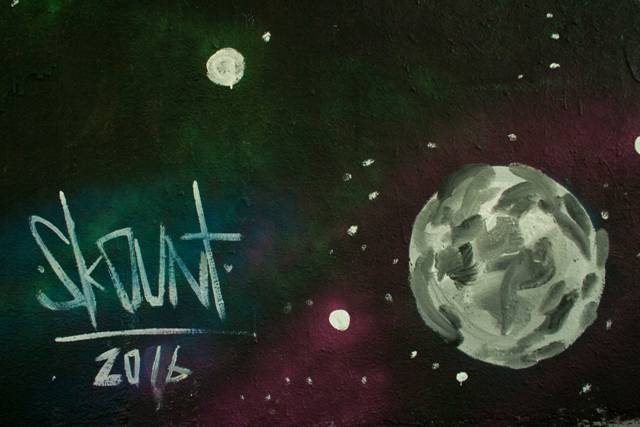