The 3 rd International Art Art Festival Patras | ArtWalk 3 took place with the expectation of creating a new artistic identity in this Greek city! This fascinating fresco was made by a Greek street artist who returned to his hometown after having left to live abroad. The name is BILOS.

This wall, made in a residential part of the city just outside the city centre carries several symbolisms which the artist expresses refering to his past memories from growing up in the city. These memories are associated to his early days as a graffiti artist with friends tagging ilegal walls as well as more personal moment from his memories 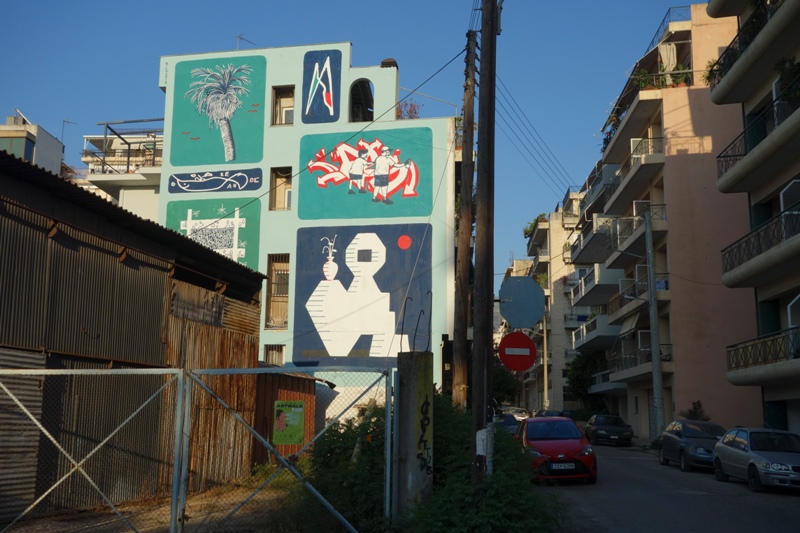 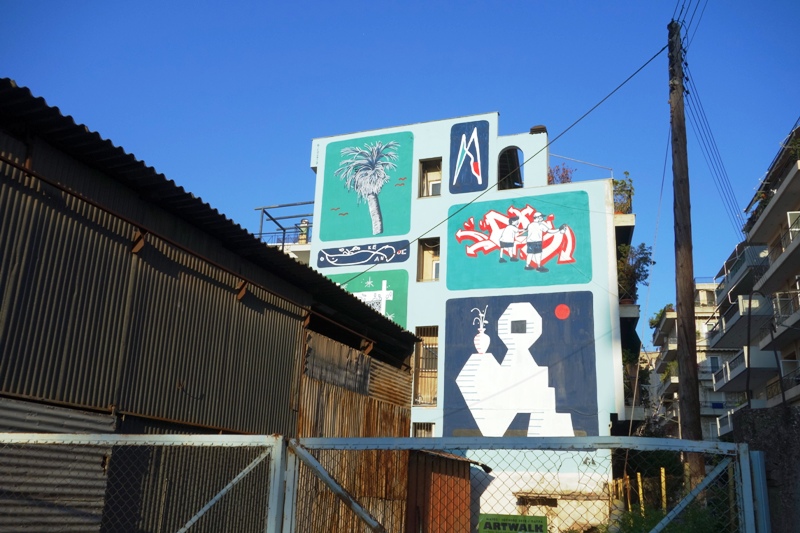 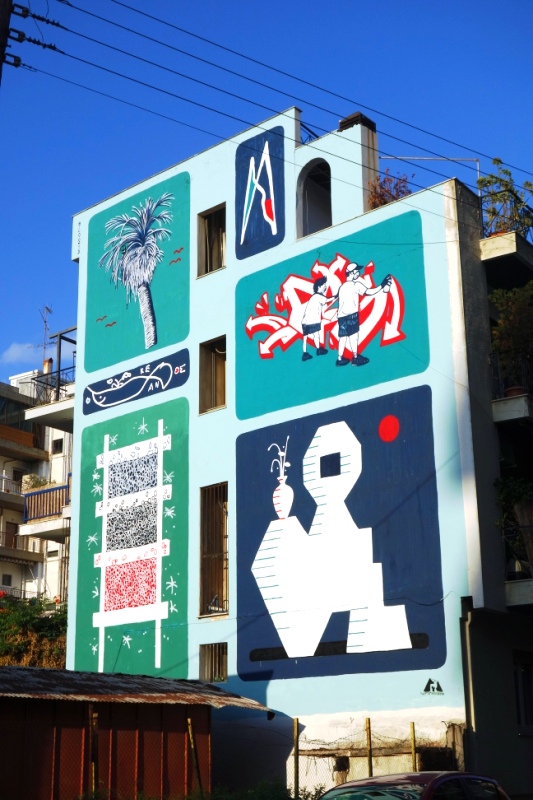 BILOS was born in Patras in 1988 and has completed his studies at the Department of Civil Engineering and Infrastructure at TEI of Patras, as well as MA Communication Design at Norwich University of the Arts. His first spray attempt took place in 2001, while his most intense and systematic engagement in the world of graffiti took place from 2006 onwards.

The artist has also participated in several group exhibitions and has performed several visual interventions in many cities in Greece and abroad.

Like most street artists, he also started with “wild style”. He then removed enough elements that can characterize an old school graffiti such as arrows, 3d shadows, and patterns between letters. One of the main features in BILOS ‘work is the element of the curve. He stopped dealing with perfect straight lines as he himself has said: “When you draw on a wall where you use your entire body, the curves are more natural than the movement of the body.” In recent years, he has rewrote elements and lines, a possible design result in the computer.

Watch his work on his website and social media: