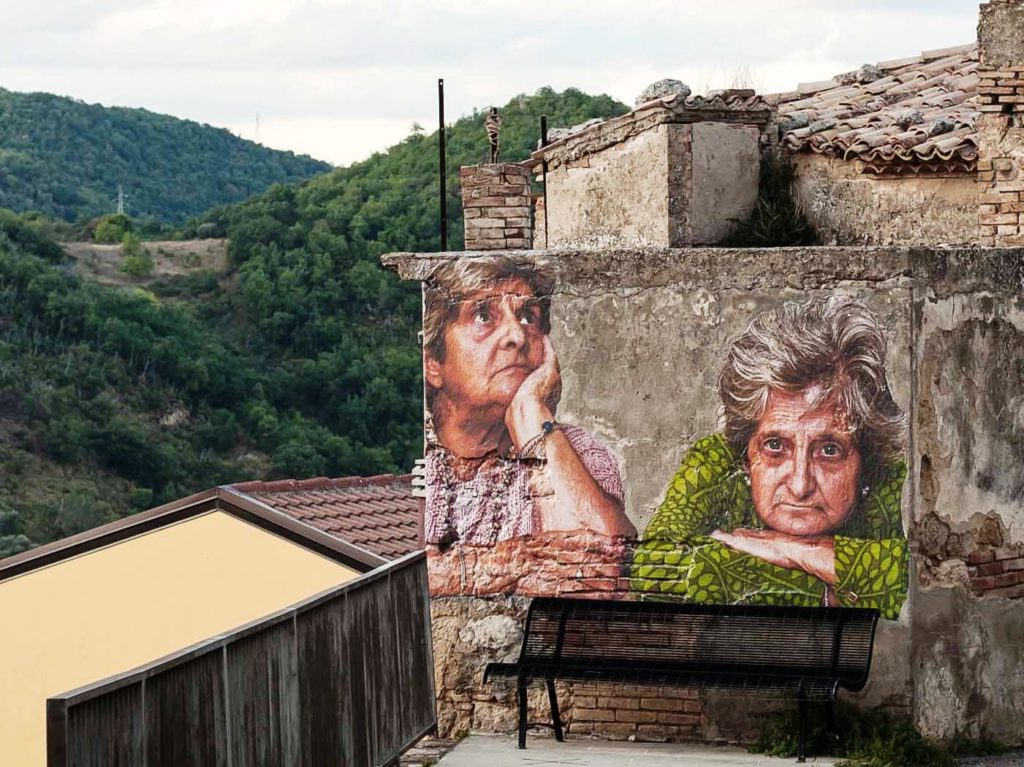 Street artist Bifido spent a month in Stigliano, a small town, in a remote region of southern Italy. He was able to immerse himself totally in the reality of the people who live there, learning incredible stories. During this time he worked on 4 murals around the village. Stigliano rises to 1200mt above sea level and you can see a boundless landscape. The idea of isolation is very strong.

The work that most involved him is on two eighty-year-old sisters. Giulia and Filomena. They have been locked in the house by a jealous father for nearly 40 years. They could only go out with their mother and only go to church. No school, no friends. They could not even see their relatives, because they had studied and this could negatively affect them. The father said: “A woman can leave the house 3 times in her life, at baptism, marriage and funeral ”. Obviously if they can’t go out, they’ve never had a chance to meet someone and fall in love. 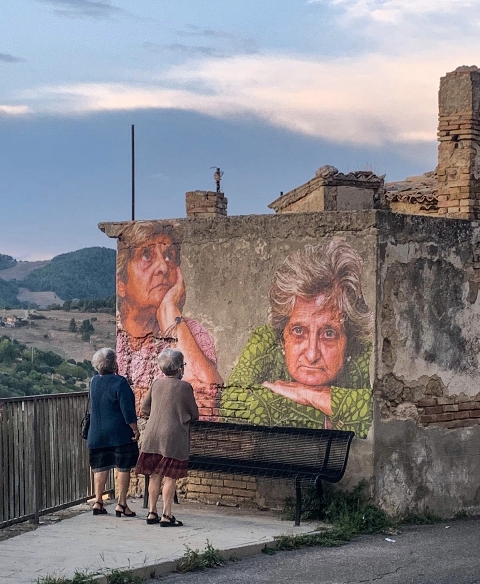 Every February there is an Italian song festival. They are not relevant for either watching television or listening to the radio. Then they sneaked past the windows trying to listen to the songs of the neighbors’ radios. Being able to hear only the melody and not the words, they rewrote the lyrics according to their life. After a life of repression and isolation, these two sisters are two women full of life, curiosity and empathy. They are very different, but they belong together. They sleep in the same room, on cots separated by a bedside table, and in the darkest nights they shake hands “giving courage”. But if the dark nights are truly haunted, they snuggle together in the same bed. And if you look at them from above they look like strong roots stuck in the mattress.

”you have to be a rock

to be shaped by the wind

to withstand the blows

to look into the abyss

to laugh at life 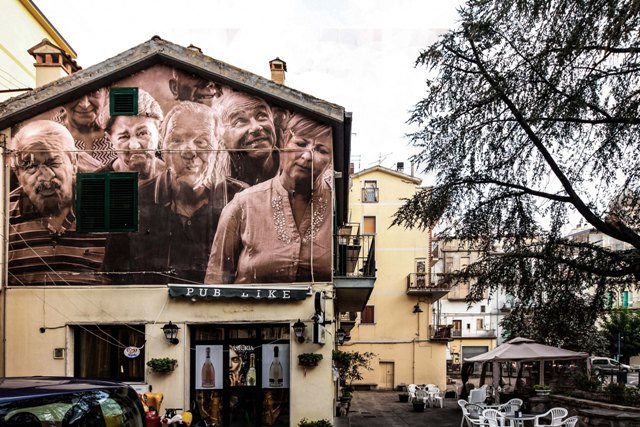 This work talks about the problem of depopulation. In 10 years Stigliano has lost almost all of its population, from 12,000 to 3,000 inhabitants. The artist used the verses of the poet Pio Rasulo, a native of Stigliano, who had already foreseen the depopulation of the town in 1961. “Only the crows that gorge themselves here, in the bean fields, and the piles of wood guarding the crumbling walls will remain” . He wrote this sentence on the wall and then covered it with a photo he took of the locals. Over time the card will be destroyed as the poetic verse appears. Just like the depopulation phenomenon, people will disappear and only crows will remain. 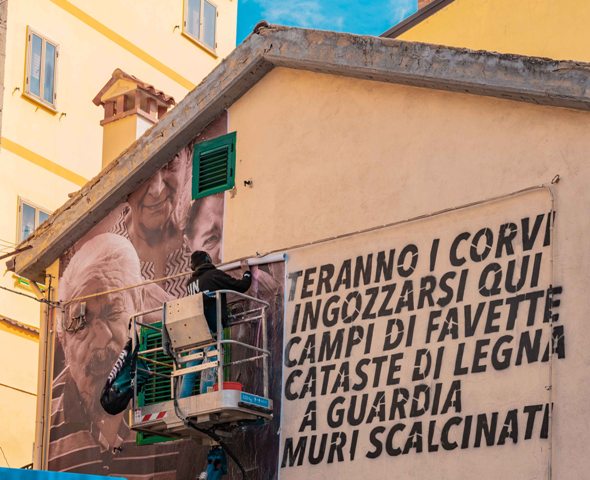 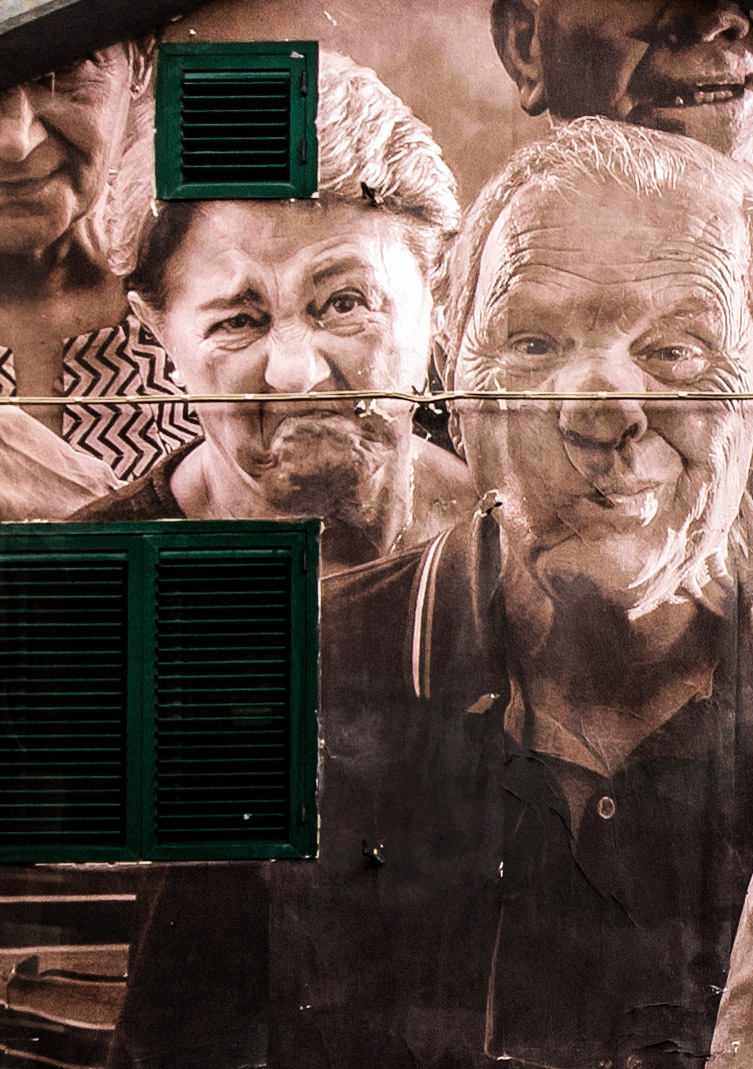 Bifido made the last two interventions in the historic center of the town. Now almost completely uninhabited. A wonderful and desperate place. Full of silence and beauty. Stigliano has lived for years thanks to the wheat harvest and peasant life has characterized the town throughout its history. The artist portrayed a peasant woman with wheat. Symbol of the city. He installed it in one of the dark and forgotten alleys of the city and on a real farm. He wanted to give prestige to something noble and beautiful, but also to make the walls of this semi-abandoned town remember the souls who lived there. The peasants were also carriers of revolt. Bifido wanted to remember and tell people not to forget and fight for survival. 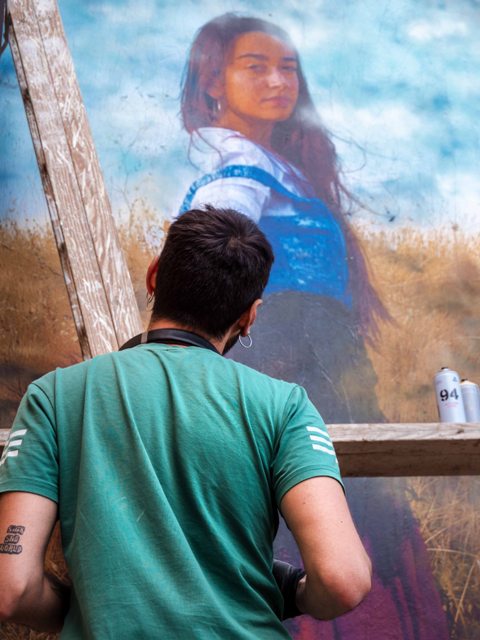 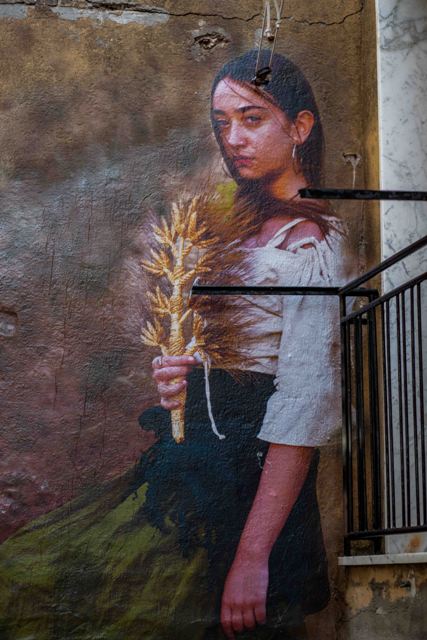 This is a little poetry that I wrote for the mural of the farmer in the street:

I am the fallen stone

The empty house with a torn roof

They are the endless fields

The rain and the hawk

Between the steady gazes

Between the vanished faces

I am the crack

The lair of remembrance

I am the unknown day 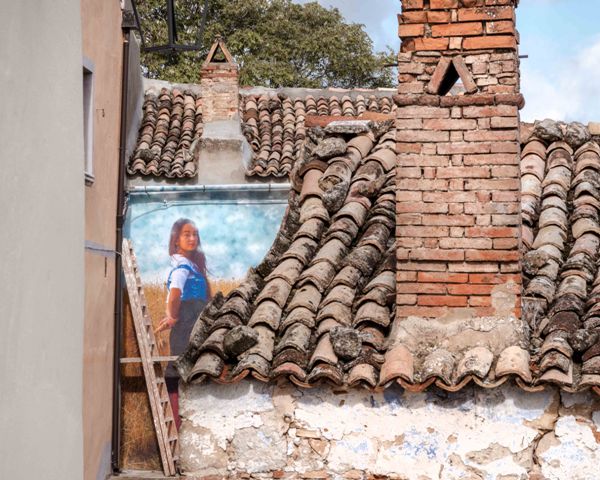