Bifido makes a mural to comemorate the battle between Nazi fascism and the people in Rome. The uprise of locals against the totalitarian rascist occupants ended up with the death of 53 civilians just 75 years ago.

The new mural of Bifido is to commemorate  the 75 anniversary of an important battle between nazis and people. On September 10th 1943 in Montagnola area, in Rome, 53 people, both civilians and soldiers, lost their lives during the first popular resistance to fascist occupation in the Capital. This work wants is a reminder to all the people with short memory.

On the mural Bifido wrote : “Here we have fought against the nazi fascist fury. For a free and democratic Republic. For a caring and friendly Europe. Here we are ready to fight again”. 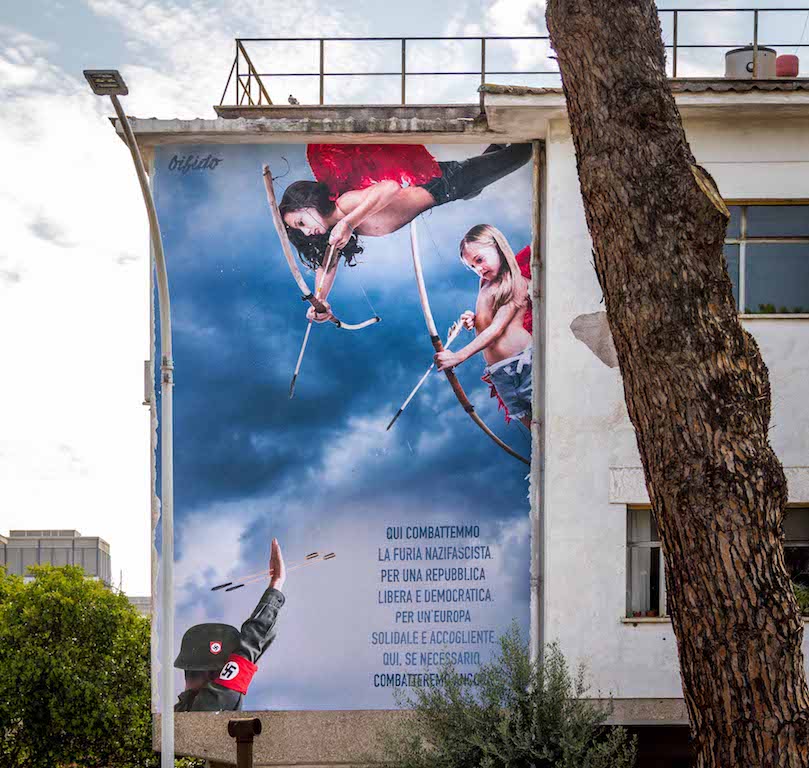 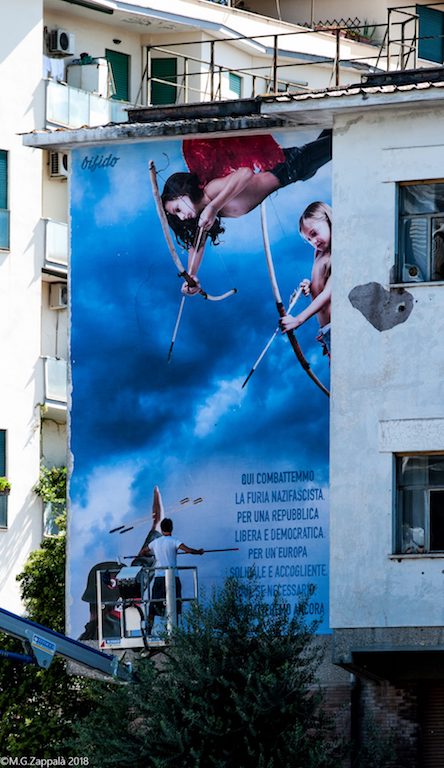 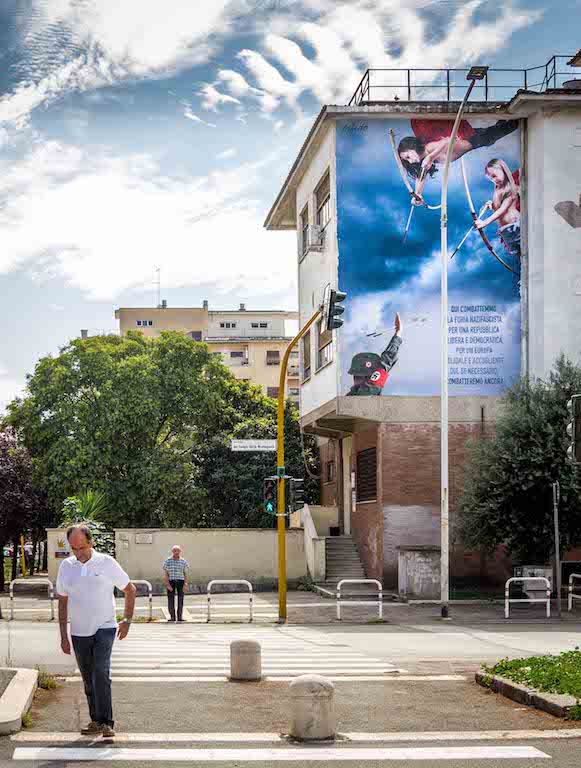