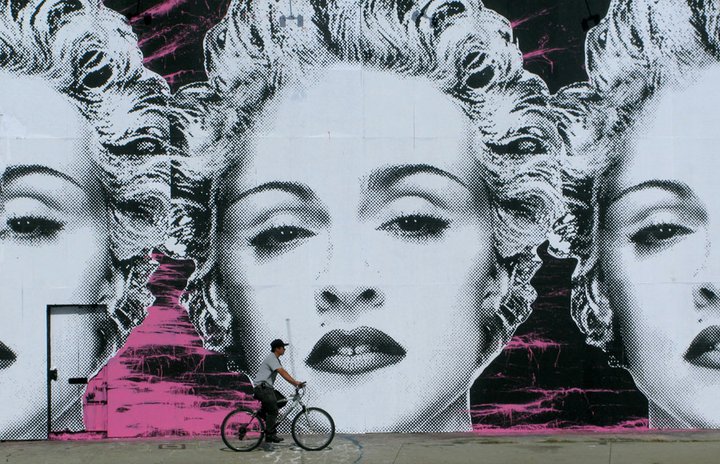 Like it or not, celebrities wield a lot of influence. So it comes as no surprise that over the years they have been the core theme for street artists across the world. With that in mind, here are some of the most notable celebrity-inspired street art. 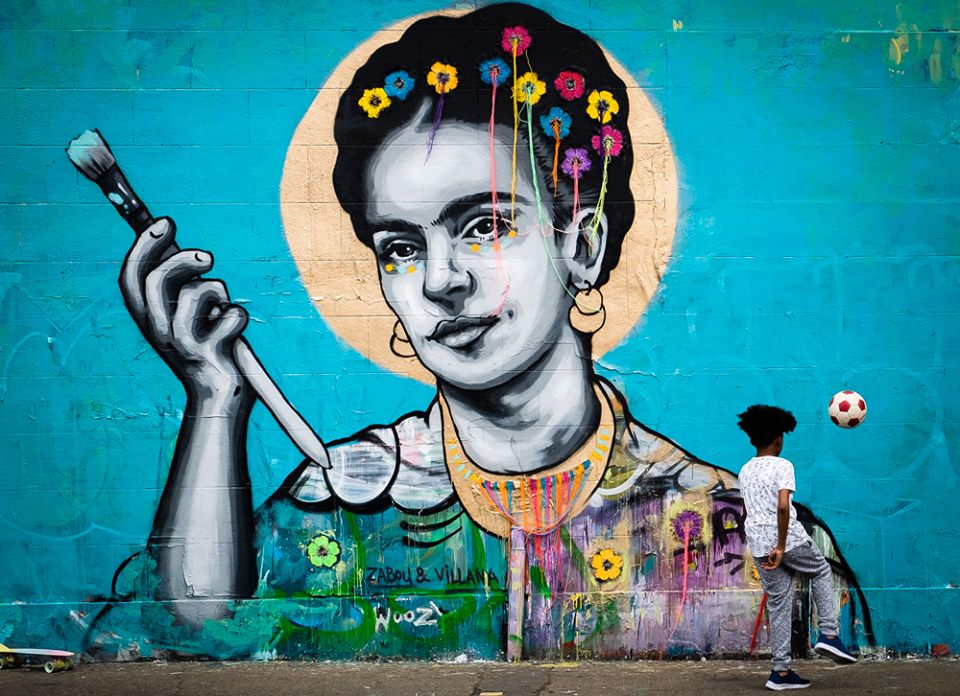 It only seems fitting that an artist would be immortalized via street art. The mural featuring Frida Kahlo can be found in East London, UK. It took 2 artists to complete the project: French born talented female artist Zabou and Mexican yarn artist Villana. 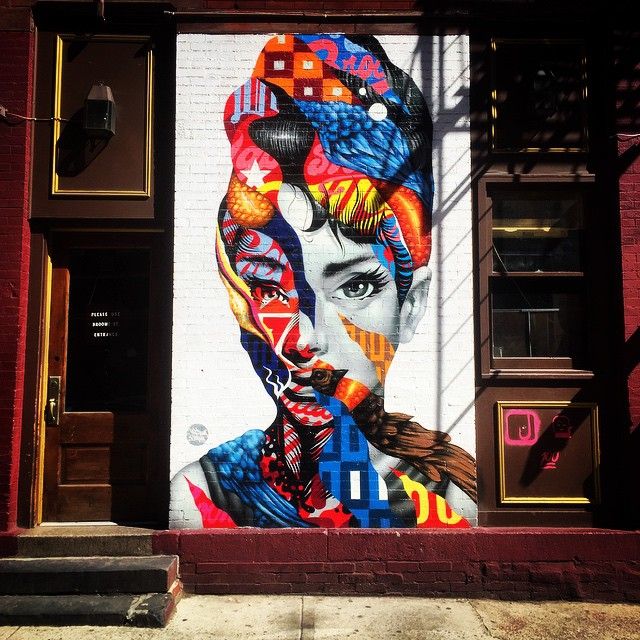 A beautiful mural of 1960s actor, humanitarian, and style icon Audrey Hepburn can be found in Little Italy in New York City. It was made by Tristan Eaton as a contribution towards the L.I.S.A. Project. (Image credit: Refinery29.com) 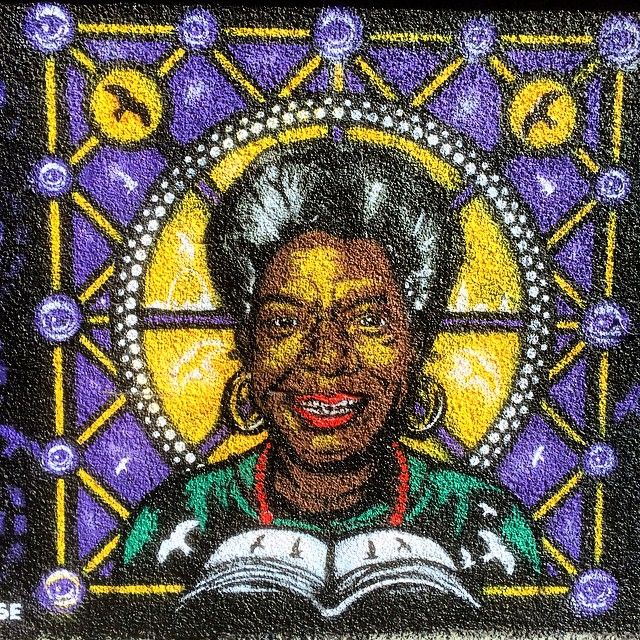 Street art featuring Maya Angelou can be found in between Main and 30th Avenues in New York City. The work is titled “Eye Rise,” which recalls the poet’s “Still I Rise”. Interestingly enough the mural was made by street artist EYEZ, who, like Maya Angelou, moved to New York from St. Louis to further her career. (Image credit: Refinery 29.com) 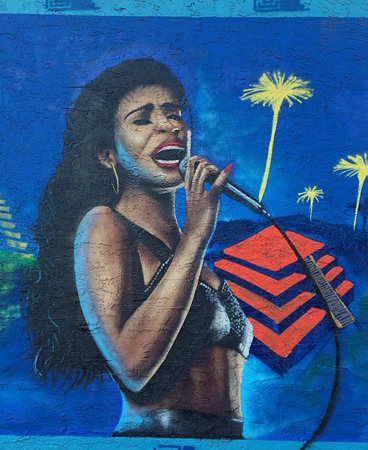 Many mourned Selena’s death, when the singer was murdered as her career was just beginning to take off. She has since been immortalized via street art in Phoenix, Arizona. It was created by artist Francisco Garcia. 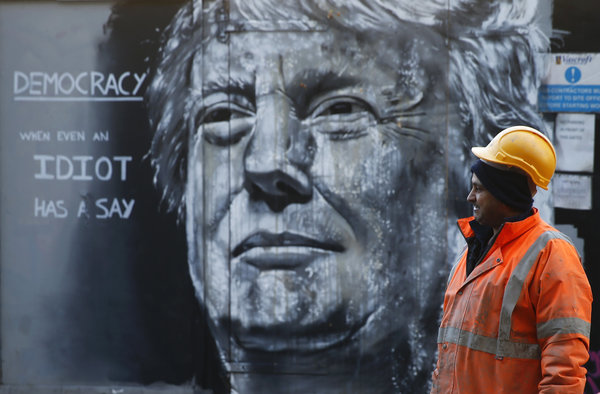 A construction worker stands in front of a piece of street art portraying prospective U.S.

Businessman, reality show host, and the new US president Donald Trump is featured in a London street art. However, the image is far from complementary, as the artist, Furia ACK, reportedly made the mural so that people can throw eggs at it, according to an article on the HuffingtonPost. 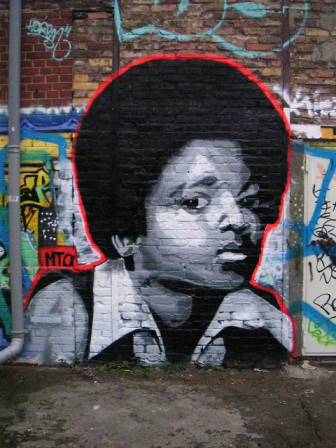 Michael Jackson is one of the most beloved musical artists of all time, so it is not surprising to find many street art pieces devoted to him. French artist MTO has devoted several works to high profile artists and stars including this one to Michael Jackson. 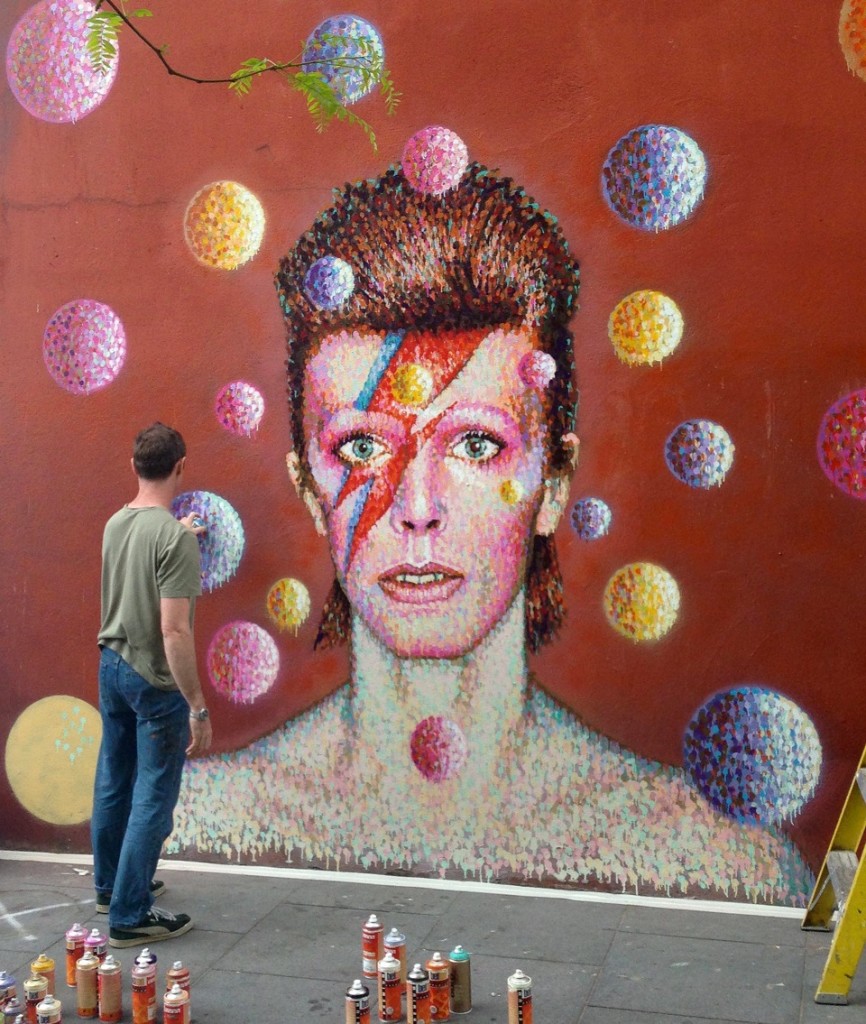 Like Michael Jackson, actor and singer David Bowie has had a huge following across the globe. Several murals that were to pay tribute to him after his passing. Here is the most famous wall made by Australian born artist, based in London, JimmyC. 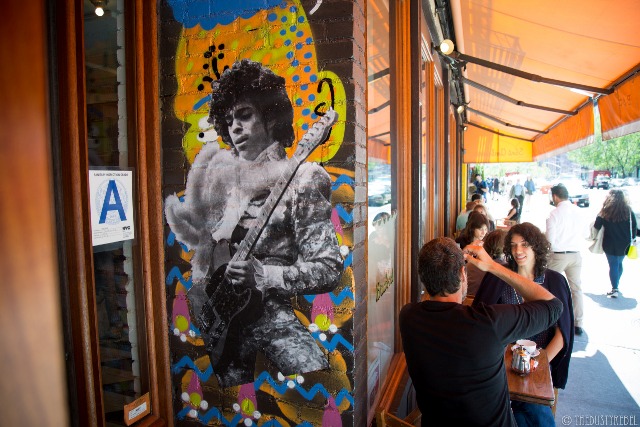 Prince may have died last year, but it seems his legacy certainly won’t fade anytime soon. A tribute to the musician can be found outside Sant Ambroeus Café in New York City. (Image credit: TheDustyRebel.com) 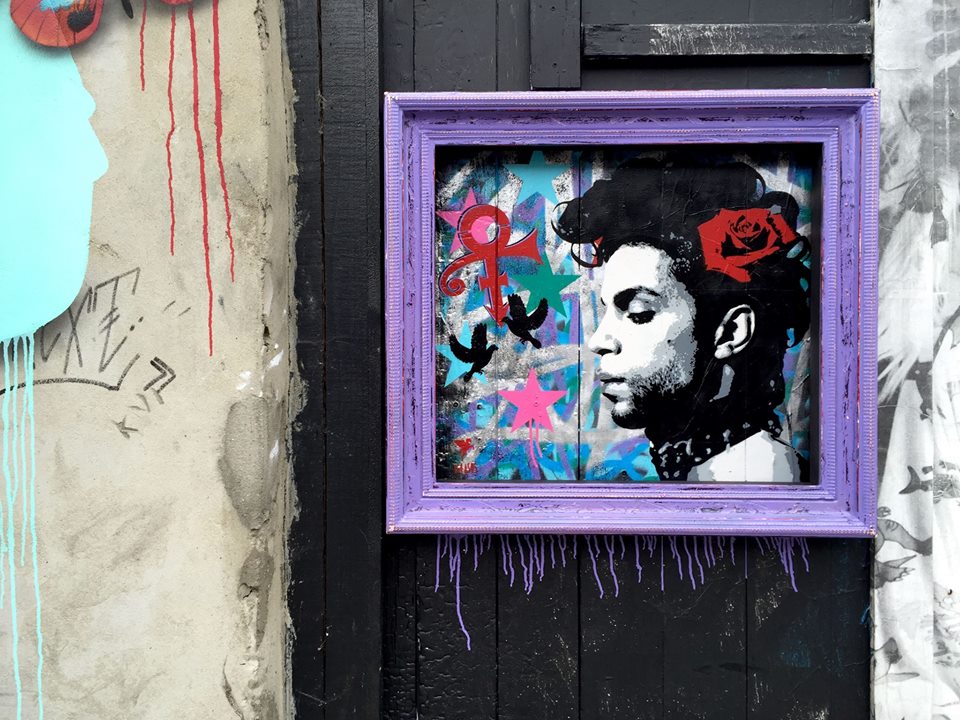 Bruce Lee may have died over three decades ago, but that doesn’t mean that his works don’t still have an influence on today’s film, marital arts and video games. Global brands such as slot gaming operators Slingo use Bruce Lee as a figurehead to draw in gamers from across the world to celebrate the Master in all his glory. The martial artist also has many significant murals that have been created to pay tribute to one of the most iconic film stars of all time. (Image source: FoodWandering,com ) 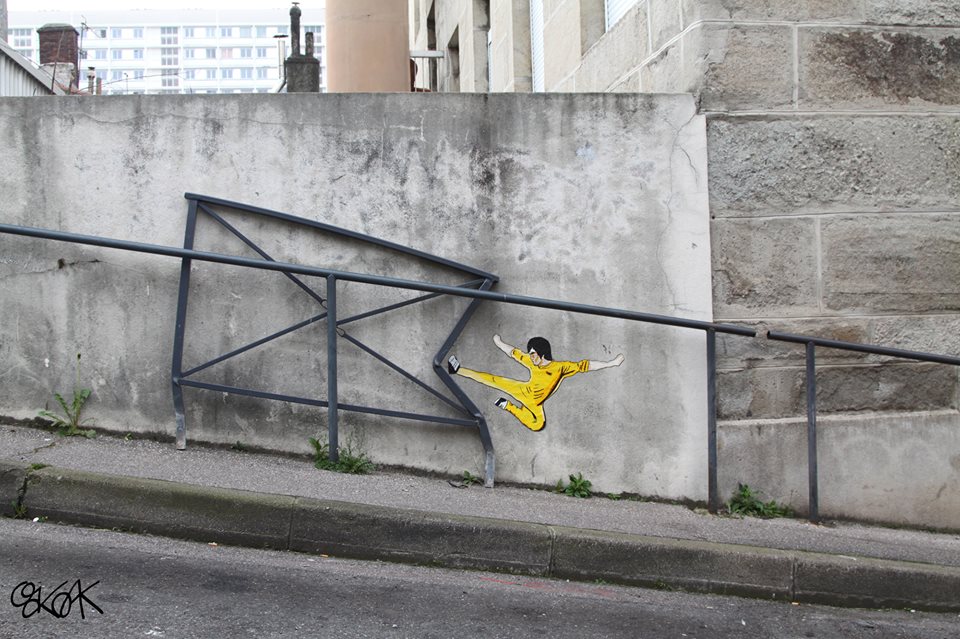 One of the most famous – and humorous – pieces, however, seems to be the one in Penang Island, Malaysia, where Bruce Lee is shown kicking a cat, and one in France, where he is destroying a railing with a single kick. The latter was created by French artist OakOak. 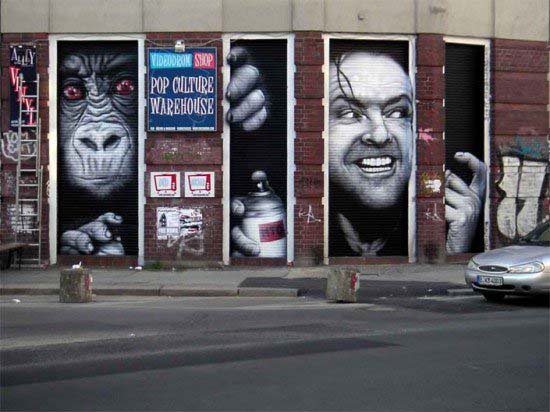 There are many memorable scenes in film but not many as striking as the scene in The Shining when Jack Torrance played by Jack Nicholson sticks his head through a door and shouts “Here’s Johnny”. Just like a blackjack street would say. So it’s no surprise that a street artist created a piece to remember the famous scene. Here in Berlin by MTO, an artist that has depicted numerous cult actors and artists on walls at the beggining of his street career, including The Blues brothers, Robert De Niro, Jim Carrey, Spike Lee, Antony Hopkins, Johny Dep, Jimi Hendrix and more.