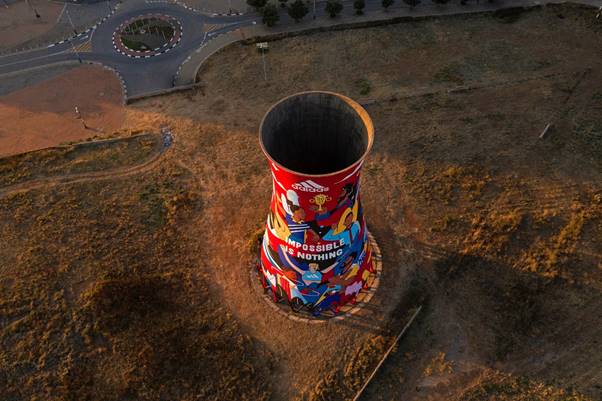 If you’ve been anywhere near the FNB Stadium in Nasrec, bordering on Soweto, you’ve probably seen the iconic adidas Impossible is Nothing cooling tower. It’s hard to miss. Painted in brilliant, brightly coloured images of globally recognised icons like Springbok captain Siya Kolisi, footballer Mo Salah and singer-songwriter Beyoncé, the tower was a collaborative labour of love with many partners, including South Africa’s own street art agency, Baz-Art.

A new style creative marketing agency that specialises in transforming spaces through urban art, Baz-Art played a pivotal role in bringing the vision to life as such a large-scale painting necessitates careful planning and a team of experts for seamless implementation. The resulting creation is testament to the very essence of Baz-Art’s beliefs – that street art has the power to kickstart conversations, bring people together and ignite a feeling of hope.

Baz-Art co-founder Alexandre Tilmans, says, “It truly was a dream to work with adidas and Outdoor Network to create an artwork of this magnitude. It takes a huge amount of investment and preparation to do an installation like this. With more than 1700 square metres the scale was immense, and it was a privilege to have such a daunting canvas to cover!” 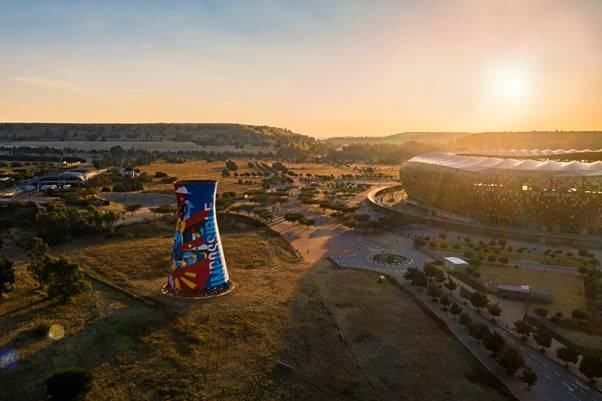 “The Impossible is Nothing Tower symbolises a beacon of hope that even in the toughest times, hard work and dedication can make anything possible. When you hear stories like Siya’s, this is brought home in a very real way. This tower allowed us to honour those who have pushed through the barriers of what may have seemed impossible at the time.”

The impactful Out of Home (OOH) campaign was conceptualised by local artist Russell Abrahams, a street artist, illustrator and graphic designer. He said he was excited to ‘hype up individuals who are doing amazing and great things’. Once the design was done, it was over to Baz-Art’s artist Dekor One to carry out the vision. The illustration was translated to a grid, which was then depicted on the surface of the tower. Over the course of a month, it was bought to fruition.

Dekor One says, “Being able to take part in creating a piece of artwork, at such an immense scale, has profoundly affected me. As an artist, I am driven to create work that motivates people to turn thinking into action. And, it’s my hope that the many South Africans who have the privilege of seeing this iconic piece of work, will be moved to make their dreams a reality.”

Tilmans concludes, “Thank you to adidas and Outdoor Network for this opportunity. We’d like to congratulate Russell Abrahams on his masterful design and our dedicated team of artist, planner, sketcher, technical partner and project manager, for bringing this work of art to life. Together, we created something magical, which we hope will inspire many South Africans to believe that Nothing is Impossible.”