Yvon Tordoir, a young Antwerp-based graffiti artist, has invited three other artists to create large murals in the city centre. Each artist has his own specific style, which Tordoir was able to link to a Baroque theme, master or technique. 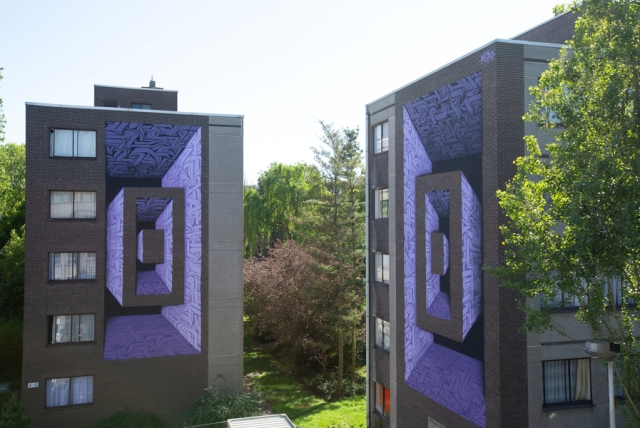 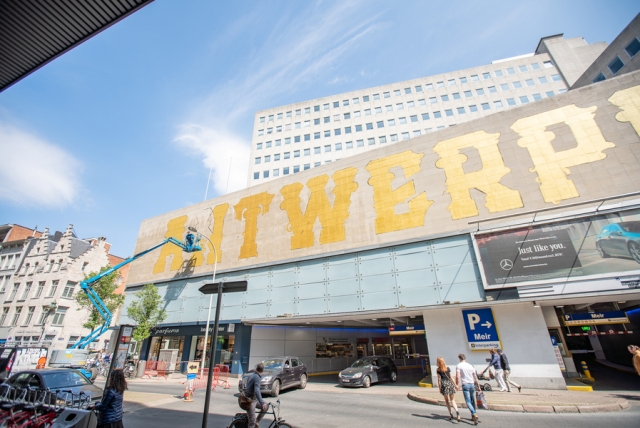 4 artists
Yvon Tordoir was inspired by the announcement of “Antwerp Baroque 2018. Rubens inspires” to find fellow street artists, whose style, each in its own unique way, has an undeniable kinship with the Baroque style. Together they will transform four large walls in the city centre into artworks inspired by the Baroque. Four artists, four styles that reconcile four aspects of the Baroque in their own special way, i.e., painting, architecture, graphic design and typography.

Astro
Greg Astro from Paris creates his own world, an optical illusion of a non-existent space, using the subtlety of chiaroscuro, the power of colour and the depth of shade. The chiaroscuro was also widely used in Baroque art. Astro’s energy and originality have helped seal his reputation as one of the foremost international street artists of our era.

Smug ( Main photo – Meir, Kolveniersstraat)
The Australian graffiti artist Sam Bates lives in Glasgow and goes by the moniker Smug, creating gigantic hyper-realistic murals with bold colour contrasts. Frequently recurring themes in his work include death, the transient nature of our existence, exaggerated shapes and violent expressions of emotion. Baroque in its purest form in other words.

el Mac
At first glance, the work of the Angeleno artist Miles MacGregor may seem very realistic, but look closer and you will soon realise that his work is composed of fatcap lines, that are overlapped to create volume and depth of field. The chiaroscuro in his works is reminiscent of Rembrandt’s prints to a certain extent.

Yvon Tordoir
Yvon Tordoir from Antwerp has been passionate about painting lettering for over twenty years. In addition to training as a painter and graphic designer, his greatest passion is graffiti and street art. He mainly designs calligraphic and figurative motives, in combinations that are very similar to the capitals of old Baroque texts.

Locations
The locations of these large murals are: Eiermarkt (Yvon Tordoir), Kolveniersstraat (Smug), Prekersstraat (Astro) and Gramayestraat (el Mac). The four walls will be located within walking distance of each other, in the old city centre.