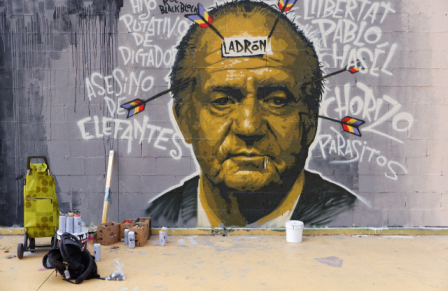 People from the graffiti and fine arts world organized an event in the Parque de las Tres Chimeneas in Barcelona against the imminent imprisonment of Pablo Hasel, a rapper unjustly accused for some of his lyrics and other writings. 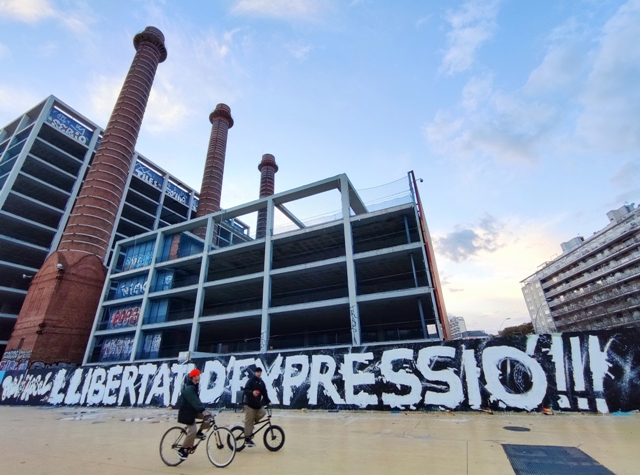 On Sunday 7th February, about 15 artists (Roc Blackblock, Antón Seoane, El Rughi, Magia Trece, Doctor Toy, El Edu, Galleta María, Kader, Maga, Owen, Reskate, Chamo San, Sigrid Amores, Tres Voltes Rebel, Arte Porvo y Elna Or, among others) participated in an event intending to draw attention to the gravity of what is happening in Spain, a country with more than 40 years of democracy where, as of today, there are more people imprisoned or sentenced for expressing their ideas than anywhere else in the world (14 in 2019). 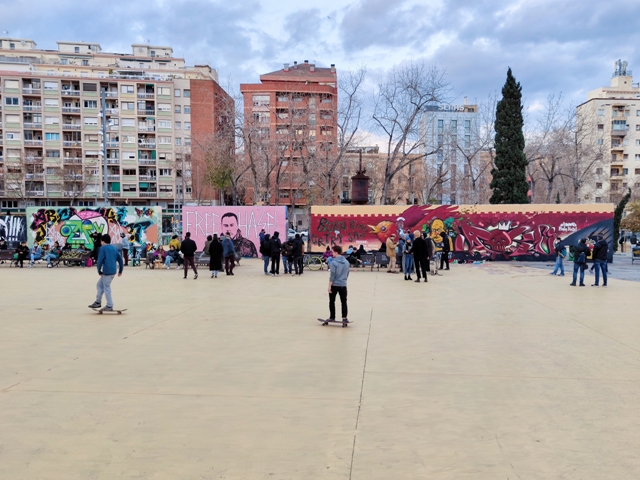 In less than 24 hours, the mural made by the artist Roc Blackblock was covered by cleaning workers from the City Council, accompanied by policemen. It was the only mural that was censored. 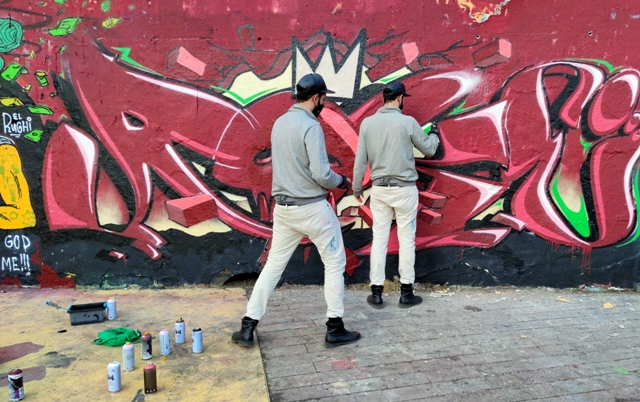 This action was totally legal and had all the necessary permits. Even so, early in the morning, police officers made their appearance to ask for identifications and explanations about the details of the activity. 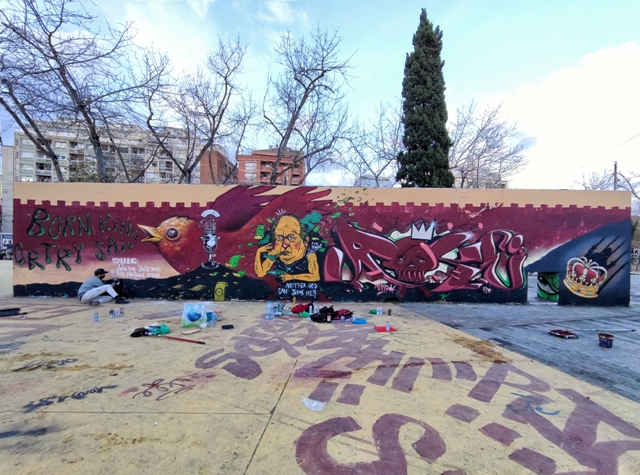 Since Monday 8th of February, the Barcelona City Council has apologized, ensuring that the erasure of the work has not been ordered for any kind of political motivation and proposing to the artist to remake this piece, a fact yet to be determined. At the same time, an investigation has been opened from the consistory to clarify responsibilities and review certain protocols. To date, the identity of the authority responsible for covering the piece has not been made public.