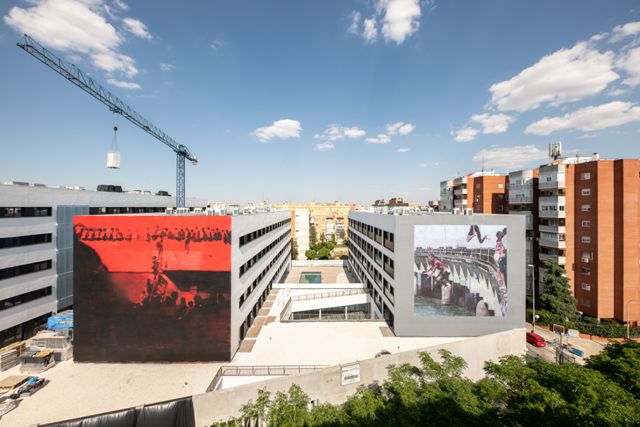 Artist Axel Void has made two new murals in the El Porvenir neighborhood of Seville for the Livensa Living student residence. The concept on which he has worked is an ‘ode to Andalusia’ and a vindication of the use of public spaces. 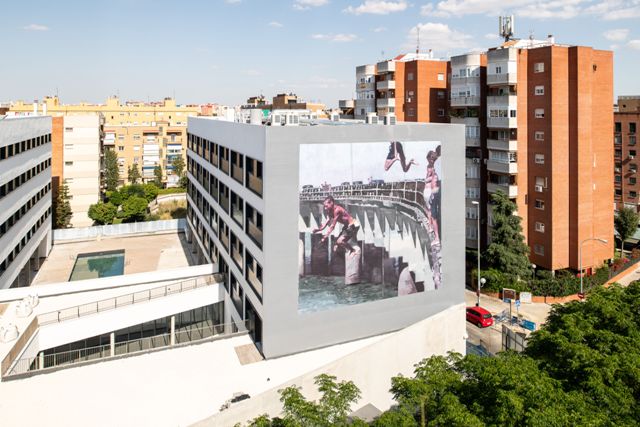 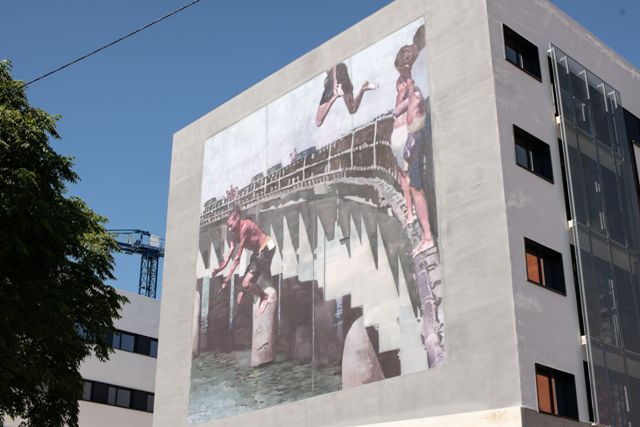 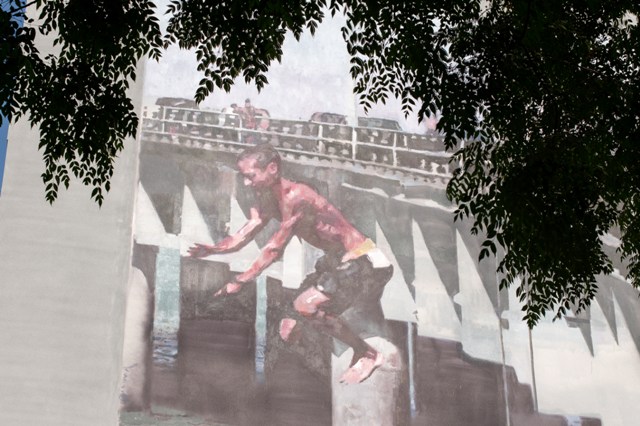 The façade has been intervened by the urban artist Axel Void. The building, between Antonio Maura Montaner and Genaro Parladé streets, has two large-format murals (16mx15m), which will be a new point of urban art for the city. Axel Void, whose biographical roots are in Haiti, Miami and Andalusia, is part of a generation of painters whose artistic education stems from the culture of urban art, while being strongly influenced by classical painting and drawing, which he has acquired in his training in Fine Arts between Cádiz, Seville and Granada. His murals can be seen in countries such as Germany, Italy, Poland, India, Mexico, Norway, the United States, Cuba, Puerto Rico or the Dominican Republic. In addition, in the United Kingdom he participated in 2015 as a guest artist in ‘Dismaland’, Banksy’s most ambitious project to date. 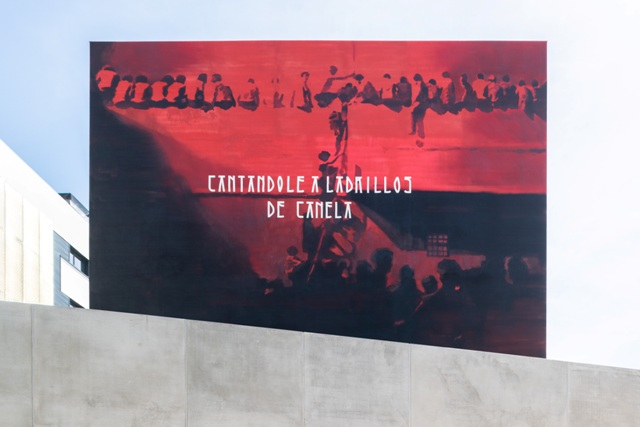 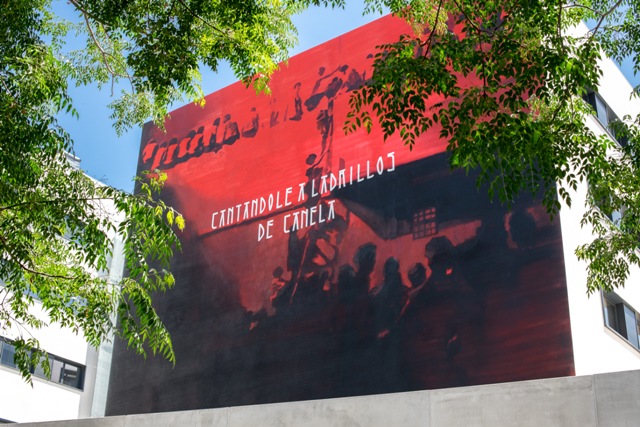 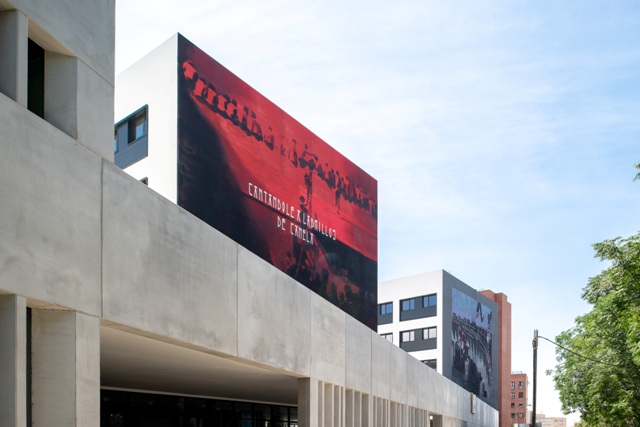 For the intervention in Livensa Living Sevilla, Axel Void has made two site-specific murals that function as a diptych. The mural set is an ode to Andalusia, to the relationship that Andalusian culture generates with public space, as if it were an extension of the home. For this, he has used as a starting point a photograph in which some young people appear jumping into the sea from the Carranza Bridge in Cádiz. This image represents the use that can be exercised on any element present in the street, and, above all, the artist highlights the attitude of enjoyment and freedom with which we can relate to public space and the opportunities it offers. The message of this mural also adjusts to the spirit of the residence itself, thus being an incentive for future residents to have an enriching, pleasant experience in connection with the city and with the students themselves. Axel Void returns to his roots through this mural, recalling the ability to play, highlighting the little things and the quality of life in this region.

Delimbo, a Sevillian gallery of contemporary art, a benchmark in the sector at a national level and with a full international vocation, has been in charge of curating this important intervention in the city, which thus sees its urban heritage increase with a first-rate work. For its part, Livensa Living Sevilla have wanted to bet on Andalusian talent in one of its most contemporary aspects, such as urban art. For the start-up of this residential complex, it has counted on important companies from Seville, such as the Novarquia architecture studio, led by Jaime Varela; the designer and interior designer Ernesto de Ceano and the Delimbo art gallery.

The Livensa Living Sevilla student residence aims to be a space for the creation of community, an inspiring place that generates satisfactory experiences in its residents, through a network of initiatives that promote their personal growth and that generates shared knowledge. For this reason, the realization of this work supposes a new form of communication between the space, the environment and the residents, something unusual in this sector.