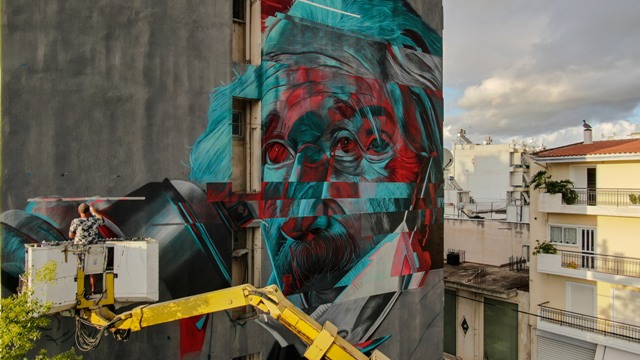 Albert Einstain, one of the most important scientists of the 20th century now adorns the streets of Patras! The sixth mural in the framework of the 5th International Street Art Festival of Patras | ArtWalk 5 has been completed!

The famous street art artist, Asier, who traveled from Spain, worked on the wall at a feverish pace for a whole week, to create in the urban fabric of Patras another distinctive, large, thematic mural. On the wall of the apartment building, Mich. Psellou 4 in Patras, is now Albert Einstein. 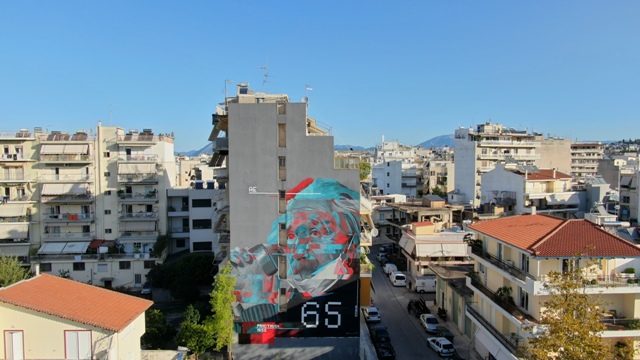 Inspired by the 65th anniversary of Einstein’s death, Asier wanted to honor one of the most important scientists of the 20th century and all time with a huge work in scientific research, creating a work which is influenced by modern reality. 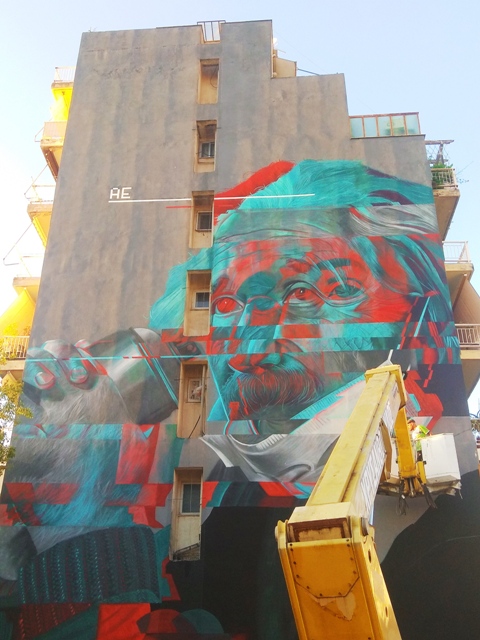 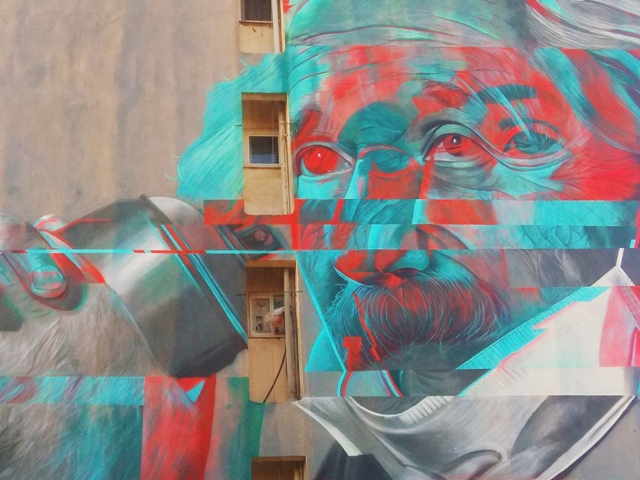 “Einstein’s theory of special relativity also applies to everyday life, as everything is relative and nothing is absolute when it comes to people and emotions. Einstein’s distinctive, restless and independent personality “takes color through the mural and he himself comes to modern reality wearing a protective mask and holding a spray and enters the position of artist for a while”. 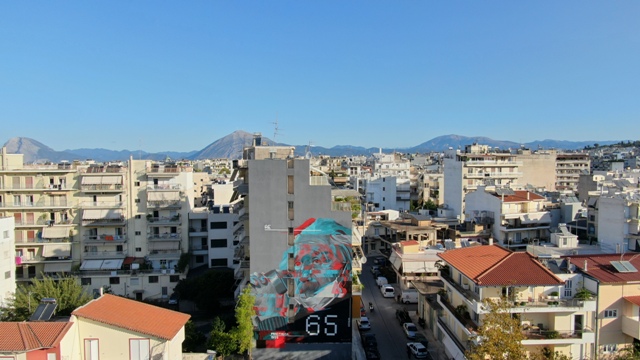 The mural traces the place and date of Einstein’s birth and death. 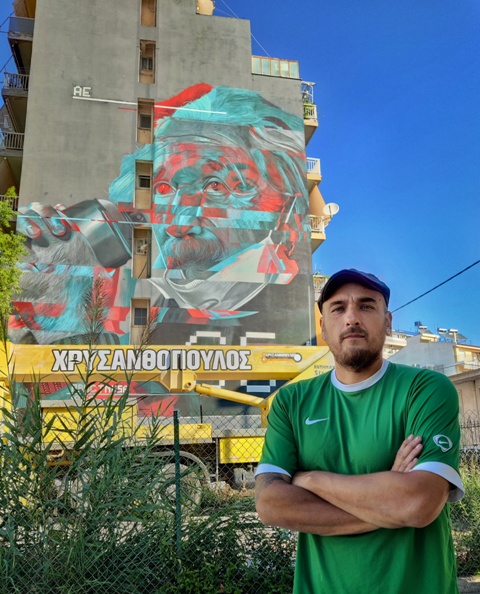