ArtOvrag festival will present the largest mural in the world!? 2017-06-15 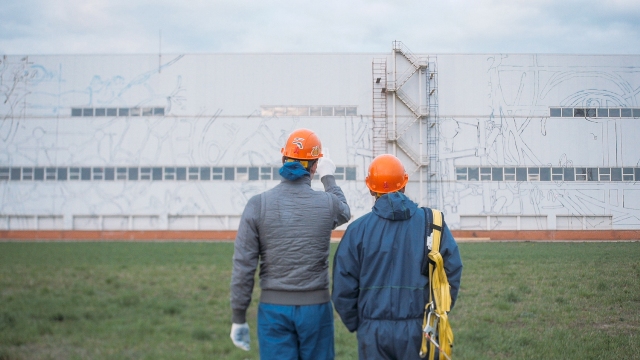 The fresco will be produced as part of ArtOvrag festival supported by the creative association Artmossphere, who organized same-name street art biennale in Moscow. The mural will cover the facade of the “Stan-5000”, one of the buildings of industrial complex in the oldest Russian manufacturer Vyksa Steel Works, which is part of the United Metallurgical Company in the Nizhny Novgorod region. Mural painting project is dedicated to the 25th anniversary of the United Metallurgical Company (OMK) and the 260th anniversary of the metallurgical plant in Vyksa.
The annual urban culture festival ArtOvrag will be held between the 16th and the 18th of June. By this time the mural will be finished and presented to the public. 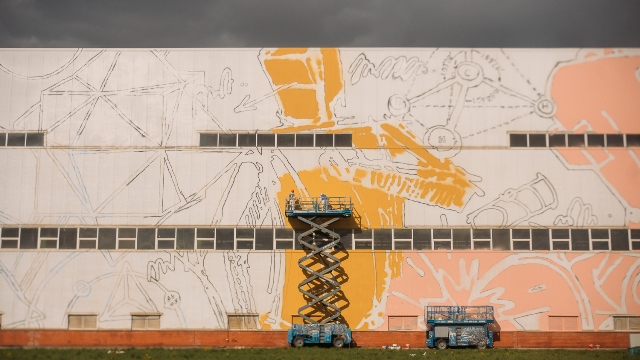 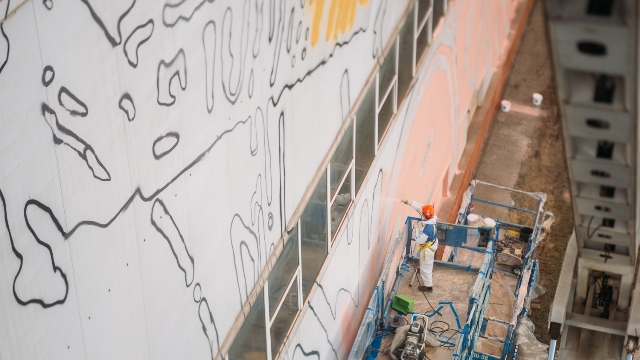 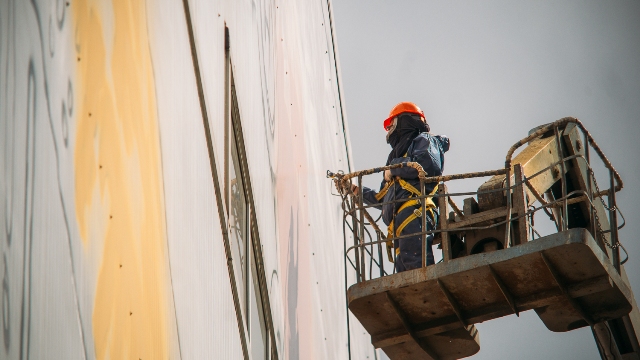 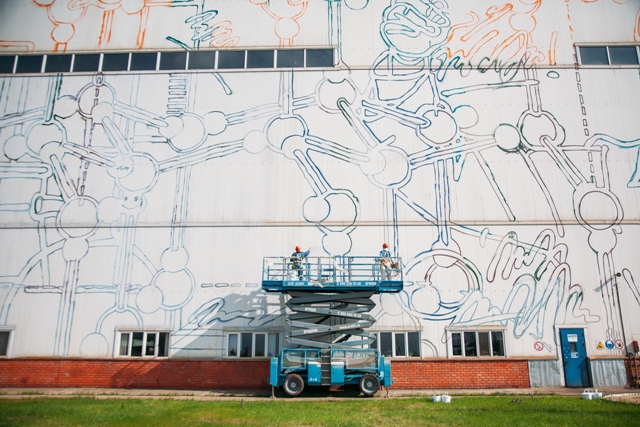 The mural project was chosen in the course of the “Vyksa 10000” open competition, juried by well-known artists, designers and architects. Organizers of the competition received 260 applications: sketches came from 34 countries, including Japan and Australia, as well as Latin and Central America. Representatives of the “Guinness World Records” expressed interest in the “Vyksa 10000” contest. They are considering the inclusion of the winning project in the collection of world records.

The artist develops issues of progress, evolution and overcoming one’s own abilities. He rethinks the ideas of Russian cosmism and aggrandizes a working man. 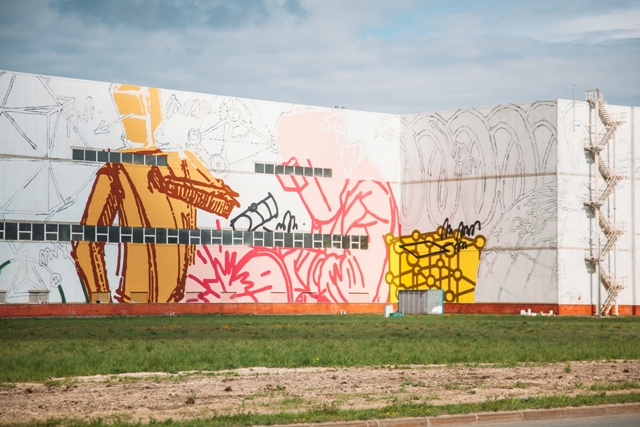 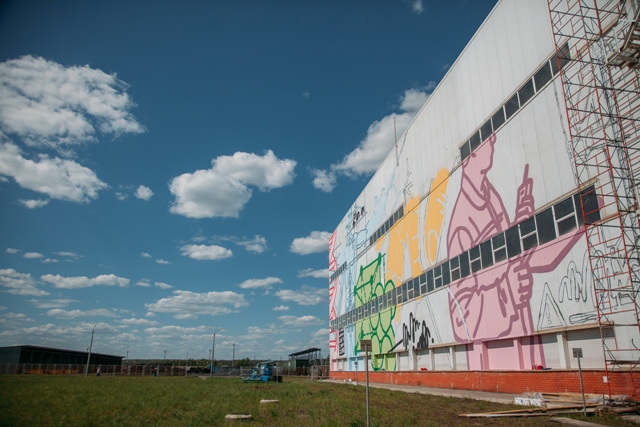 The project was greatly influenced by science fiction from the 60-70s about the development of the world in the nearest 50 years. Actually, it’s already about nowadays.

The future is traditionally associated with certain changes: in society, in individual person changes, in personal psychology and physiology, in relationships, environment and nature.
The essential graphic element of the project is a scientist, a robotized man, a human-like android, as well as the elements of Chemistry, Physics and other sciences.
I tend to visualize the thoughts in the investigator’s head.

I included into the scheme six stories taken from the past and present of the Vyksa smelter. I think the workers can easily recognize them. If you look at the wall from left to right, you can grasp the development of the plot: from small – to greater, from research – to creation, from idea to result.

A painter, street artist and a graffiti-writer. Misha Most started with painting in 1997 at the dawn of the Russian street art. He is a member of the first graffiti team in Moscow. He is an organizer of large festivals, including “Graffiti Winzavod”, a curator of exhibitions and projects dedicated to different aspects of street art. A permanent participant and an author of lectures and discussions about the development of graffiti. His personal projects have been displayed at different exhibitions of modern art in Russia, Ukraine, Azerbaijan, USA, Italy, Switzerland, Germany, France and other countries. He was nominated for the Kandinsky prize in as “Young Artist of the Year” in 2008. He is a member of the 3rd Moscow biennale of modern art. His latest personal exhibition was held at the Lazarides Gallery, London, 2014. Misha Most created 300 square meters painting in Bronx (New York) in 2016.

A creative association, which curates various art projects, exhibitions and festivals, connected with street art. Artmossphere brings together established and upcoming artists from all over the world. As a result their team work appears and go up city monumental wall painting collection. Studio is a creator and organizer of the same-name Moscow street art biennale (2014/2016), the only international festival in Russia dedicated entirely to street art.

The organiser of “Art-Ovrag” festival is The United Steel Company (OMK). The co-organiser is the Charitable foundation “OMK-Uchastie” and the administration of Vyksa.
The curators: Julia Bychkova, Anton Kochurkin, Sabina Chagina.