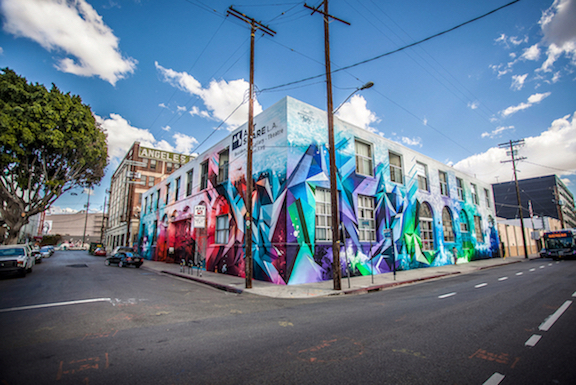 Dannish Artist Mikael B. accomplished one of his dreams in the city of angels and shared with us his thoughts and the experience of creating his latest piece of work.

The Art Share building DTLA. Art Share LA became one of the most recognizable buildings in the entire city in 2012 after London-based street artist INSA was selected to create a mural for its 9,300 sq. ft face. Now Mikael B. was invited to create a new mural and changing the face of this iconic building.

Here are some words of Mikael about his work:

“When I grew up in Denmark, my biggest inspiration was the graffiti and street art of Los Angeles. Moving to LA 4 years ago was one of my biggest decisions in my life and a dream coming true. And as fate would have it, one of my first gigs after moving to the city was doing live painting at one of @artshare_la ’s events. Here just a few years later, my vision was selected to lead the institution into its next stage of rebranding. With “VIVID RHYTHMS” I want to share my passion, my dream, the belief that anything is possible. Take chances, create your own positive flow and rhythm and attract the things into your life you dream of.” 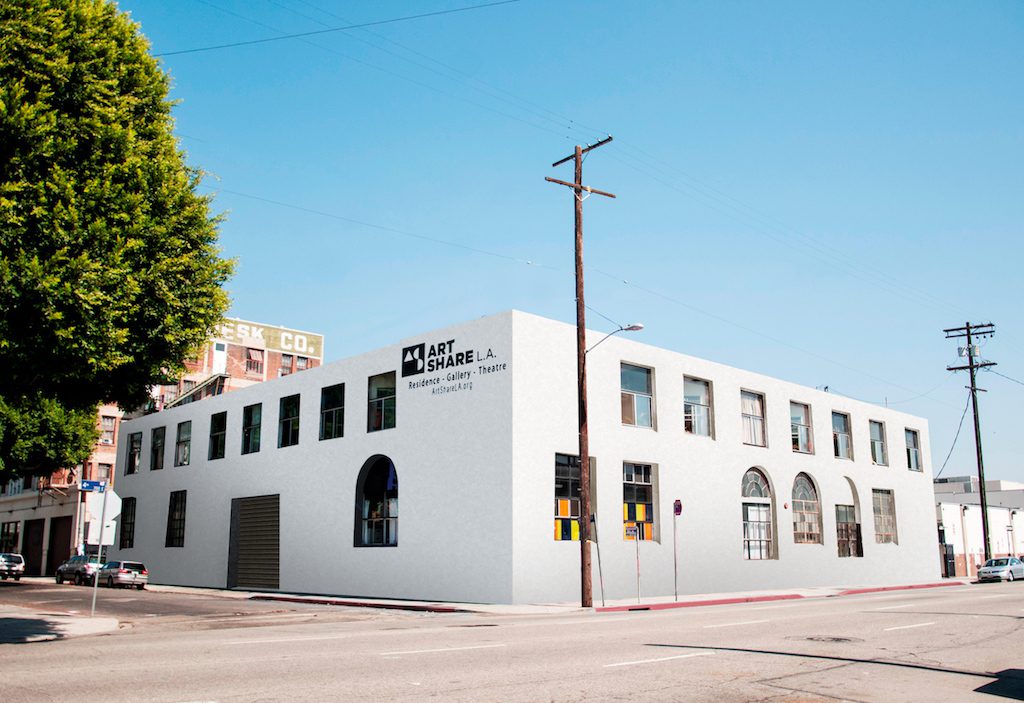 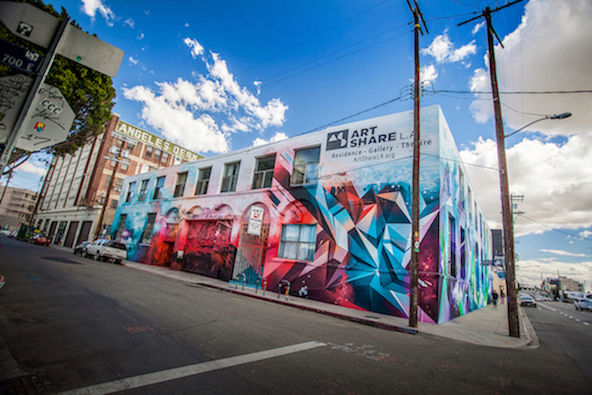 The team also forwarded us the press release about his latest wall:

“January 30, 2017 | Los Angeles, CA – Art Share L.A.’s downtown LA space at 4th & Hewitt has one of the most recognizable exteriors in the city since international artist INSA adorned its walls with his signature aesthetic in 2012. Now, they’ve chosen Mikael B to create the next mural for Art Share’s high-profile, 9,300 square foot facade. This will be one of the largest murals in Los Angeles.

Mikael’s selection as Art Share’s next muralist is a dream almost a lifetime in the making. Growing up in Denmark, Mikael’s biggest inspiration was the street art of Los Angeles. As he built fame and even fortune with his colorful wildstyle lettering and ethereal graffiti in Copenhagen, he yearned to be a success in the City of Angels. In 2013, Mikael B risked everything to make his move to Los Angeles, and over the next few years worked tirelessly to build a new following and respect in the west coast scene. As fate would have it, one of Mikael B’s first gigs after moving to the city was doing live painting at one of Art Share’s events. Just a few years later, his vision has been selected to lead the institution into its next stage of rebranding. 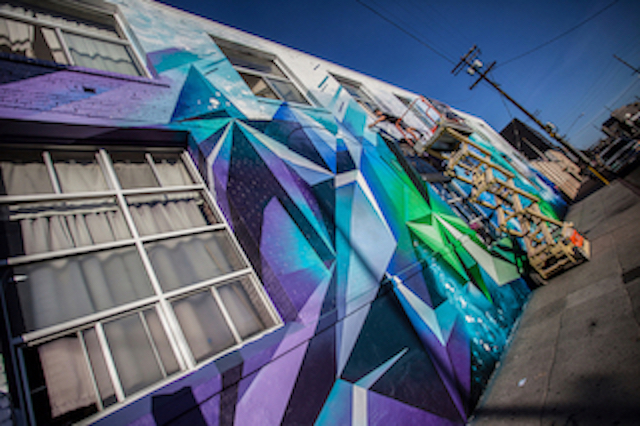 “I’m incredibly honored to have been chosen by Art Share for this project,” Mikael says. “More than anything, this is a love letter to Los Angeles, the city that has inspired me to keep going after my dreams. They do come true.”

“Through this design, Mikael B has brilliantly communicated our vision of giving artists the space to dream, grow and create,” says Art Share L.A. director Cheyanne Sauter. “It’s not just this design that drew us to selecting him as our next muralist. Los Angeles is in a transition to become a major arts capital, with people moving here from all over the world to be part of this immensely exciting time. The fact that Mikael is one of these people sealed the deal.” 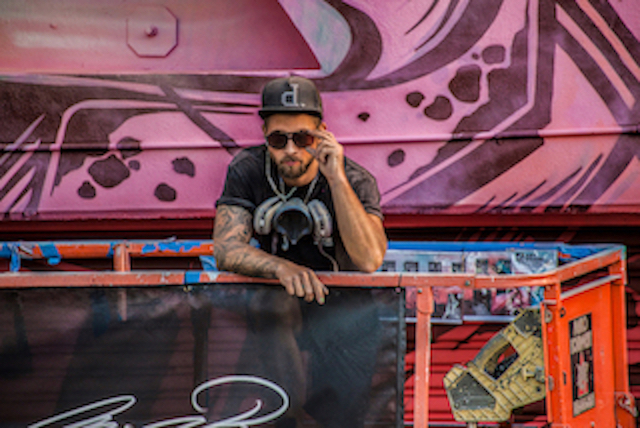 Funding for the mural will be provided by Councilmember José Huizar through a programme his office is sponsoring to add new murals and support mural restorations in Council District 14.

“I’ve made it a priority to support artists during my time on the City Council because art and our artists are absolutely vital to the diverse and eclectic fabric that makes up the City of Los Angeles,” said Councilmember José Huizar. “I am proud to support Art Share LA in its unique mission to provide affordable live-and-work-space to Los Angeles’ artistic community. This latest effort marks the start of a bold new expansion for Art Share LA as a true hub and incubator of creative talent.” 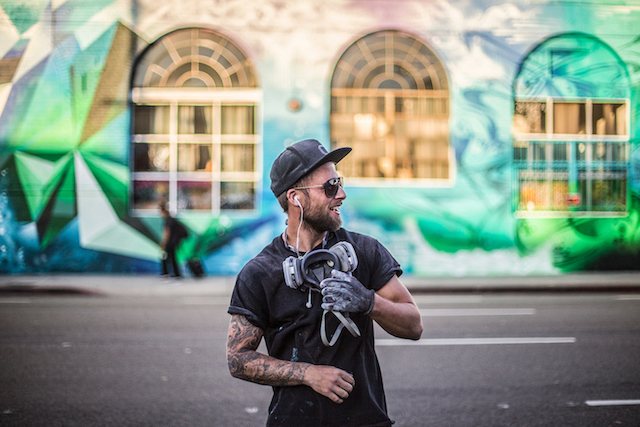 Most recently, Mikael was selected to be an artist in the 2017 Shine Mural Festival in St. Petersburg Florida, and in December hosted a solo show at SLS Brickell in tandem with Art Basel Miami, where he custom-painted a 10 ft Philippe Starck sculpture in benefit of Adrian Grenier’s Lonely Whale Foundation.

Mikael B commenced his work on the Art Share mural on January 29, after Art Share sponsor Dunn Edwards has had two weeks to whitewash and repair the facade of the building. Mikael’s paint is generously sponsored by Graphaids. On February 7th, a survey of Mikael’s previous works on canvas will open to the public. Art Share will host an Artist Reception for Mikael in their central gallery on Wednesday, February 21st, 2018, from 6pm to 10pm. 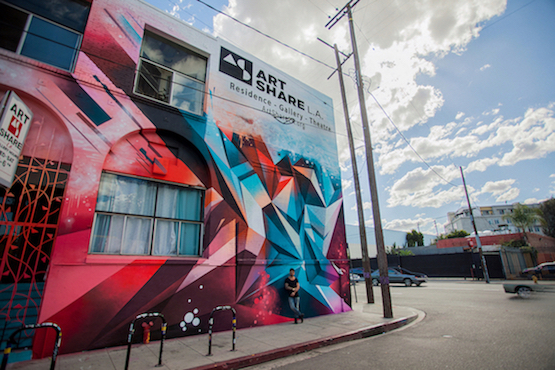 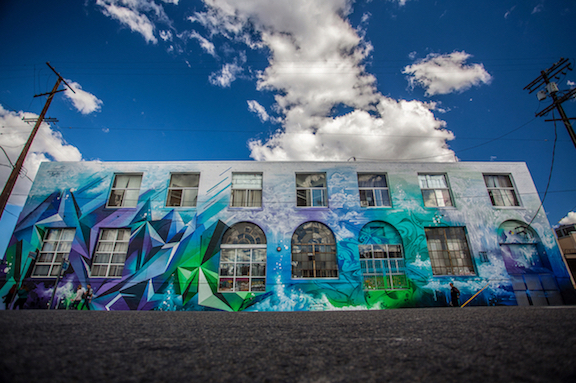 Born in Denmark, Mikael B. emigrated to the United States to continue building his career in both the fine art world and urban contemporary genre. Influenced by his early years as a graffiti artist, Mikael B has developed a signature aesthetic and artistic identity that combines complex graphic elements of wildstyle graffiti with bold colors and graphic shapes. His expressive pieces have a volcanic energy, uncompromising attitude, and inherent candidness that create a colorful universe where everything is possible. Mikael B has shown internationally and locally, working with clients that include Google, Nike, American Express, LinkedIn, Heineken, Superfine! Art Fair and more. He has been featured in the LA Times, JUXTAPOZ, LA Weekly, Hi-Fructose, Graffiti Art Magazine, LA Canvas, and Artsy.”

Great work Mikael B. and looking forward to see the next wall!!!