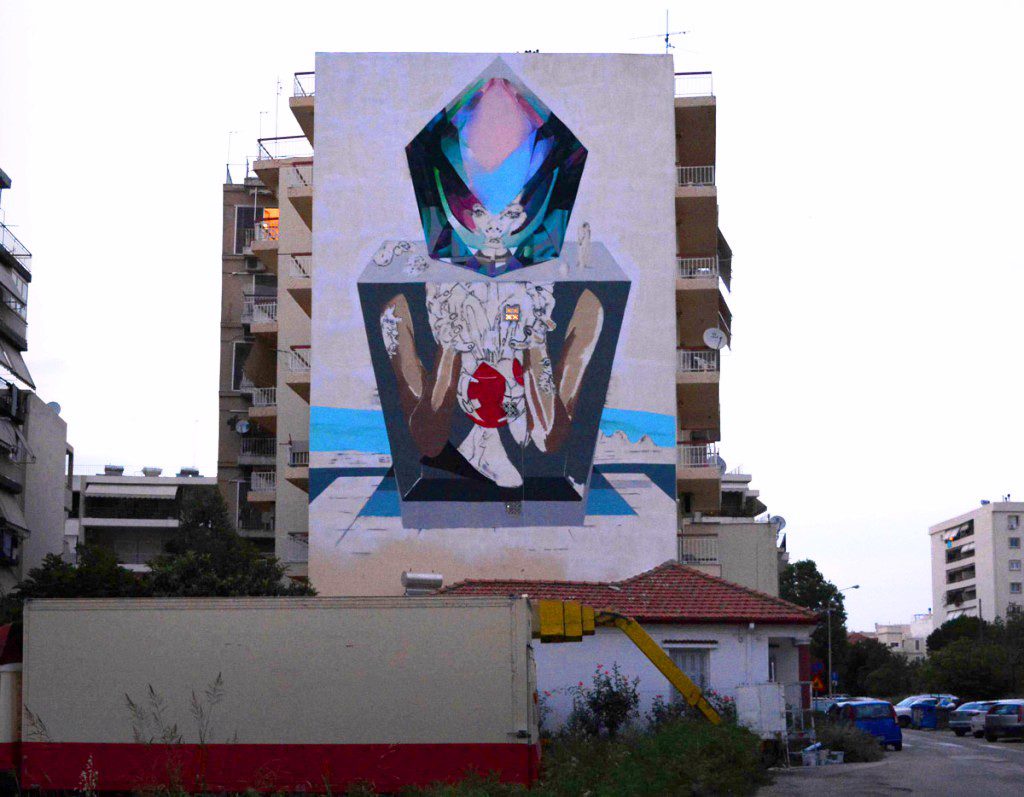 The 3rd International Art Festival Patras | ArtWalk 3 managed to create a unique climate of euphoria and positive energy throughout Patras! Presenting to you the fifth fresco of the Festival that was made by artist Apset.

Apset was born in 1984 in Thessaloniki. He began to be actively involved with graffiti since 1998. He began to be recommended to the world of graffiti as Ste-Set, which comes from his name, Stelios, while in the years for conceptual purposes, he was transformed into ApSet.

He studied Graphic Design at the Public Training Institute of Triandria, Thessaloniki, in the “Graphic Designer and Electronic Media” department with Europass training (2003-2005). Finishing his studies he continued his practice through Futurum’s “Leonardo-da-Vinci II” program in Warsaw and Cracow, Poland. Apset has dealt with sculpture, drawing, hagiography, engraving, and linear design, as well as dealing with video and comics. 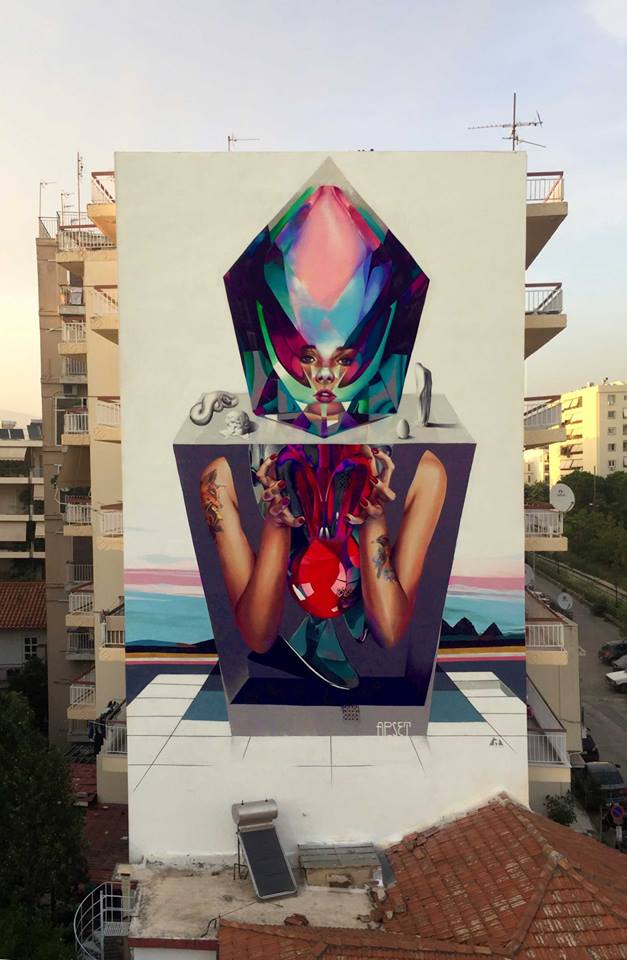 From 2006 to 2011 he collaborated with the Pacific Décor on the design of its theme parks for large municipalities in Greece (Athens, Amaroussion, Thessaloniki, Heraklion, Crete etc). Apset was mainly involved in sculpture, painting and graphic designing during this collaboration. He also participated in the organization of the Pelekas Art Festivals (PAF graffiti & music festival) in Corfu from 2005 until 2008, at the ‘Boarding Pass festival’ (Chalkidiki-2013) and SAF (Street Art Festival Thessaloniki) 17 ‘. At the same time, he has numerous participations in domestic and international events, designing and exhibiting his works. 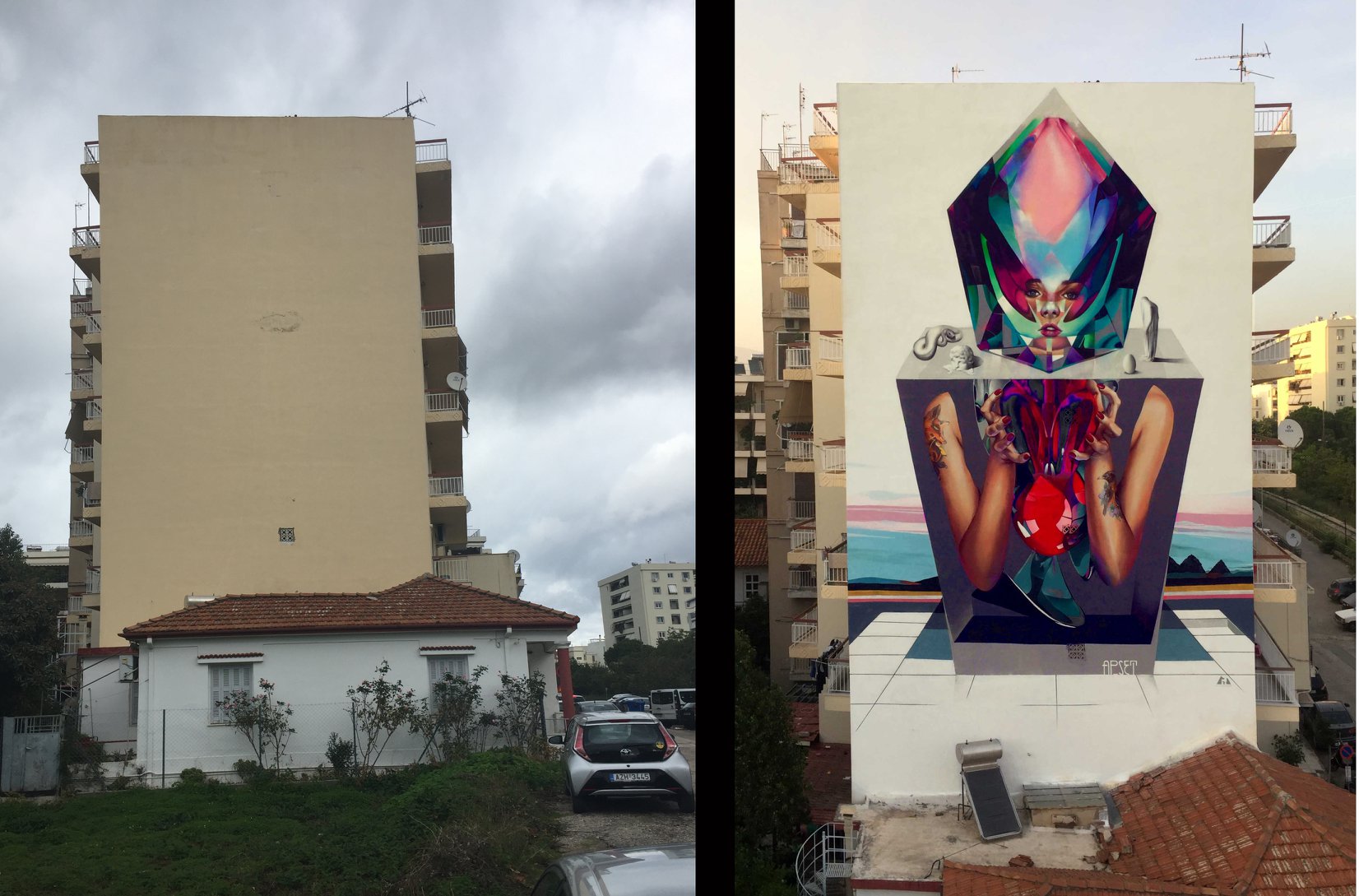 Since then he has been working as a freelance artist and undertakes paintings, projects, murals, etc., while at the same time he studies at the Department of Fine Arts and Applied Arts of the School of Fine Arts of the Aristotle University of Thessaloniki in the field of painting.

The fresco is located in Patras on 77 Athens Street and stands there since the 3rd of June 2018.