On the 6th of June the art-festival „Sinnlichkeit“ opened in the fromer Jail in Magdeburg. ”Sinnlichkeit” was one of Germany’s biggest art-festivals in 2015. For the opening more than two thousand visitors entered the jail.

Over 200 exhibitors showed their works in over 250 cells inside the jail houses and outside on walls.

All invited Artists were asked to realize temporary works on walls for “Sinnlichkeit“. Large sized paste-ups and installations were realized for „Antimurals“. No work is painted directly on the wall. After the ending of the show all works will be deinstalled or destroyed. That’s why the project is called „Antimurals“. The visuality of all works reminds on murals, but all pieces are temporary.

For Antimurals Aris realized a large sized cut-out paste up – sized 10mx10m. For the first time the Italian artist chooses a cutter instead of a brush. 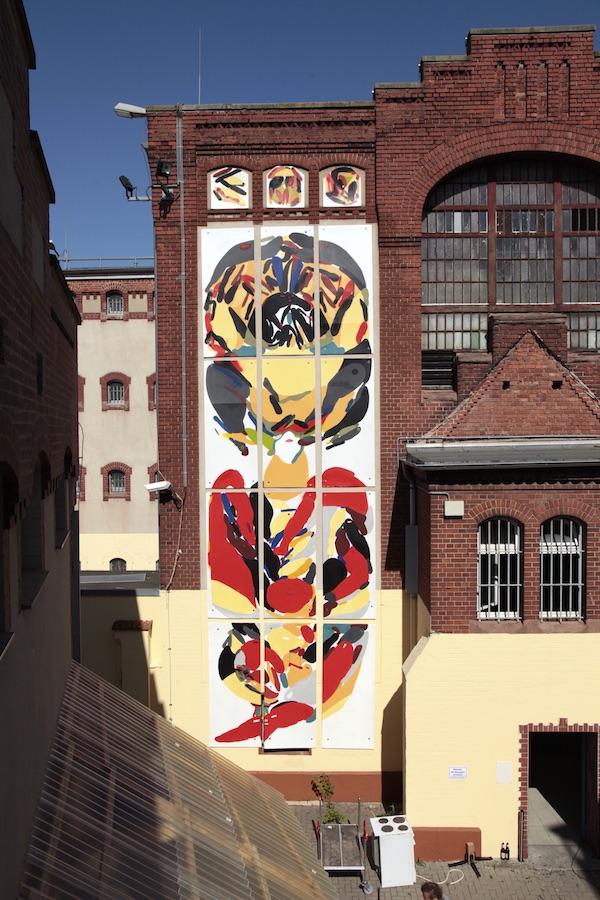 N_Grams from Greece installed different sized woodpieces. The extremly detailed work took 2 weeks of work and goes around the corner. 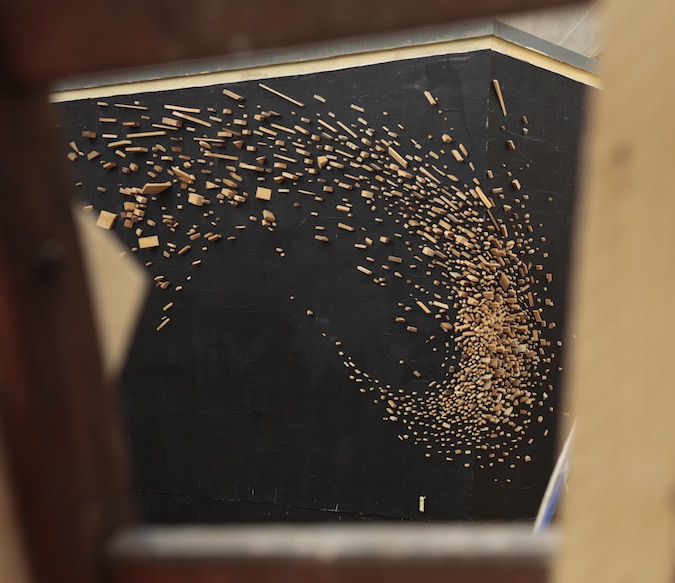 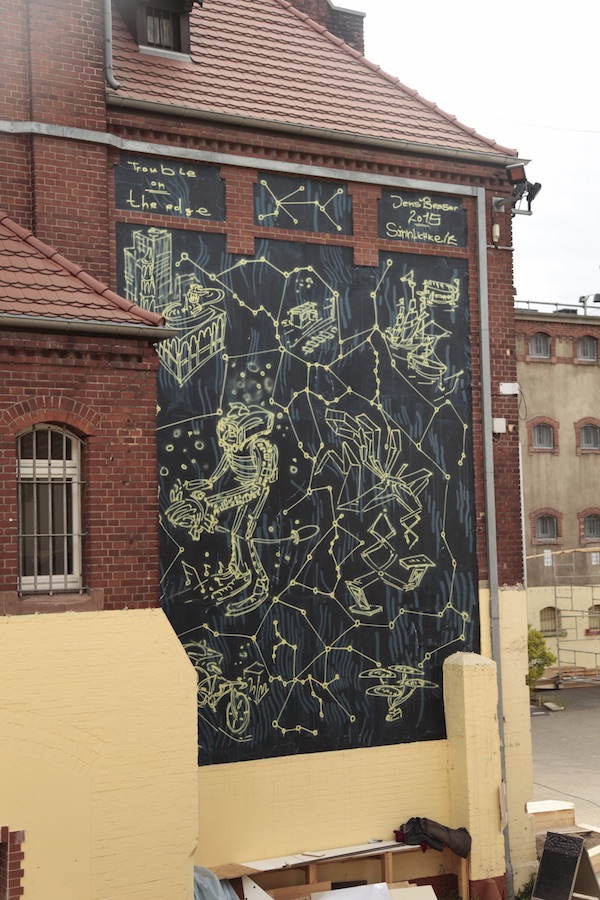 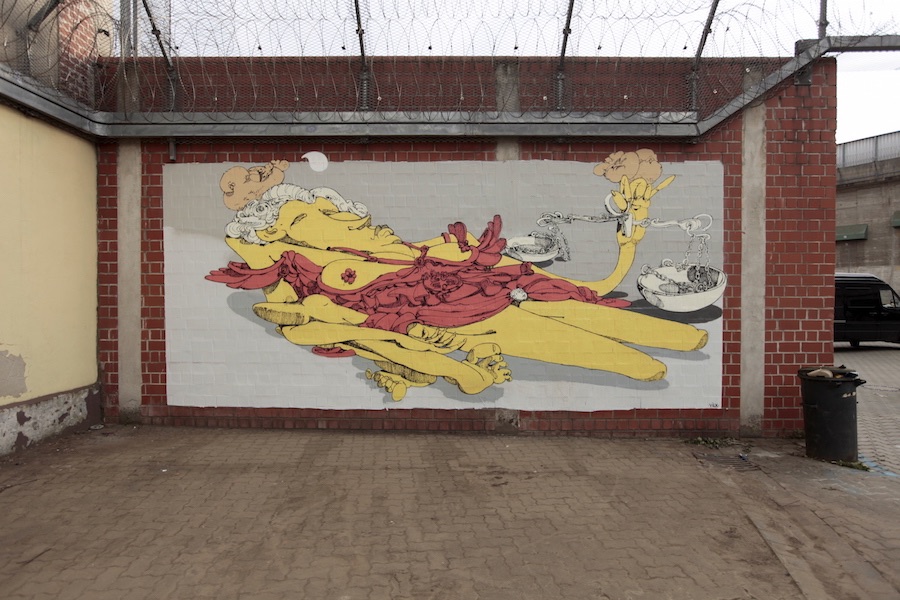 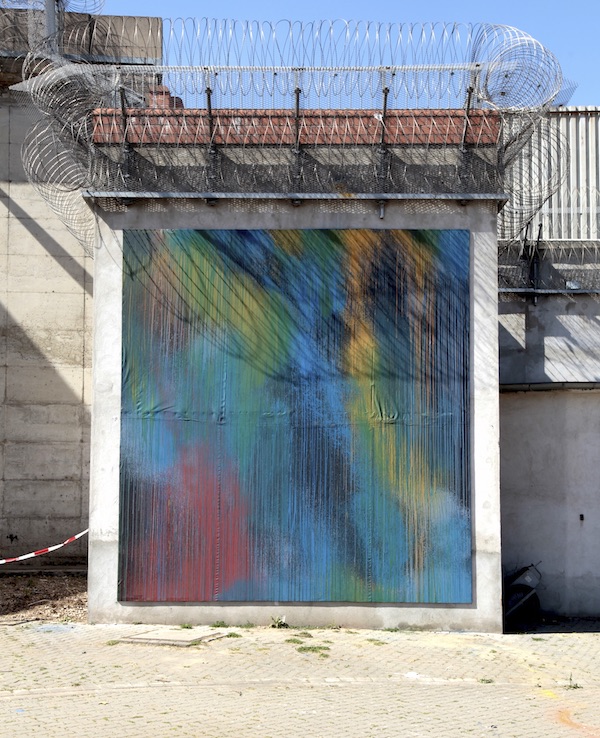 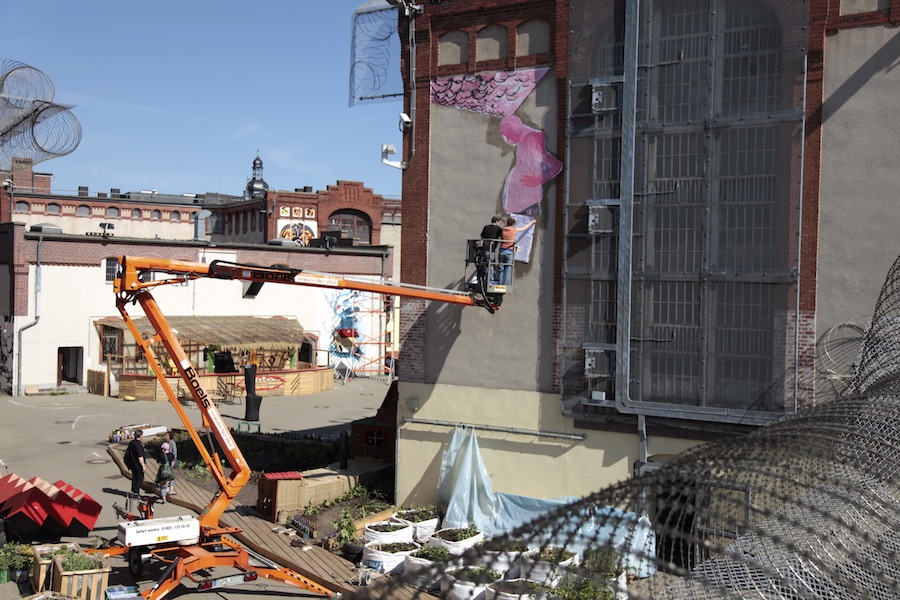 ”Sinnlichkeit” runs till 20th of September – more Informations on kulturanker.de or via Facebook