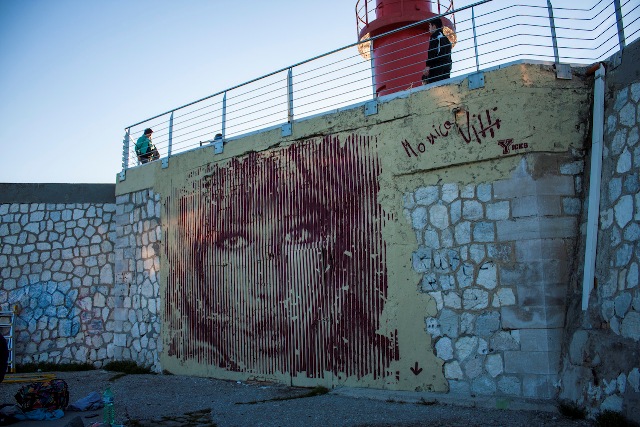 AnconaCrea is an art festival at the third edition created by the municipality of Ancona and curated by William Vecchietti (known as Yapwilli). The festival has become a tradition and a pivotal event in the cultural life of the city, aiming to promote during a week exhibitions, performances, insights, workshops and not least the section dedicated to the urban art as wall paintings and as site specific installations in various location such as schools, squares, parking areas and stations.

Here are some of the urban art works that were carried out in various editions. 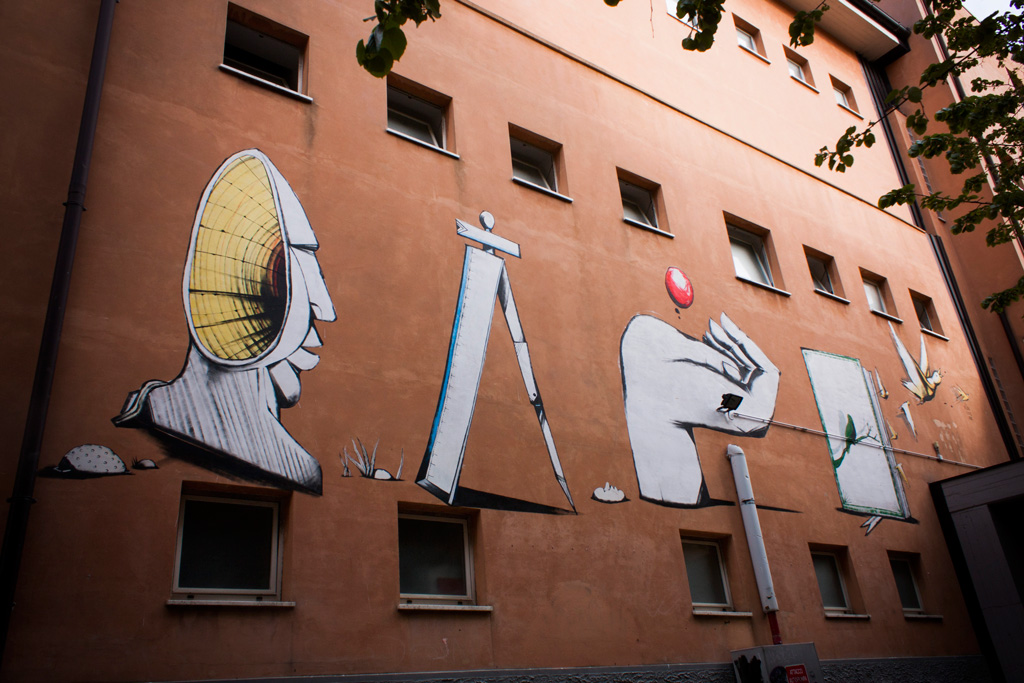 Run aka Giacomo Bufarini has made a large mural on the exterior walls of a primary school and the message behind it all is that the knowledge and the sturdy make the men free. The upgrading of the walls of the schools is a milestone of the AnconaCrea project: other works of this kind have been made by La Fille Bertha, Silvia Maggi and Roberta Conti.

Hopnn has painted the four facades of a bus station with his red and white men inviting to prefer the bike to the car to move around the city.
Yapwilli instead filled the 60-meter-long wall in a multi ethnic neighborhood of the city with its human faces with bright colors that invite to look at and know each other overcoming the differences. 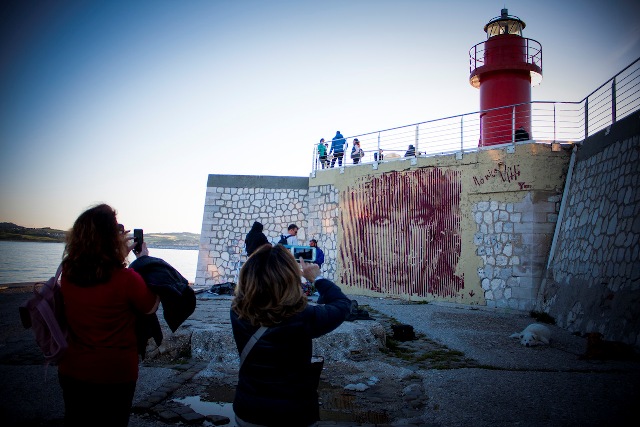 Icks has been commissioned a tribute to Monica Vitti, in the location chosen to set the last scene of the 60s movie “The girl with the gun”. At the end of one of the most beloved docks by the citizens on the wall beneath the red lantern, lighthouse indicating the entrance to Ancona harbor, the artist has portrayed the melancholic and intense face of the actress that looks at the city and the travelers who are about to leave by ferry. 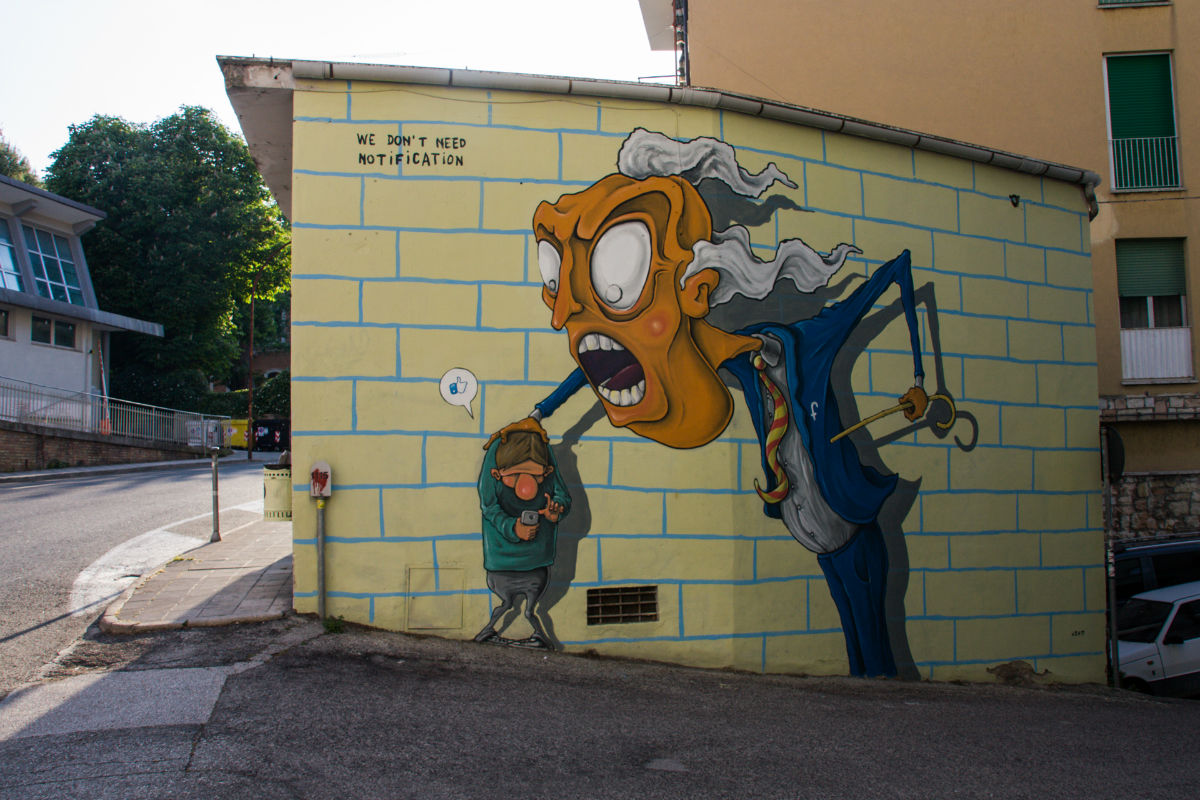 Urka has realized a wall that effectively represents the teenage social media dependency by discounting the Pink Floyd’s the Wall message in “We do not need notifications”. He was also the author of a redevelopment of the wall of a staircase reminiscent of the transatlantic Titanic in the railway station area much appreciated by the citizens. 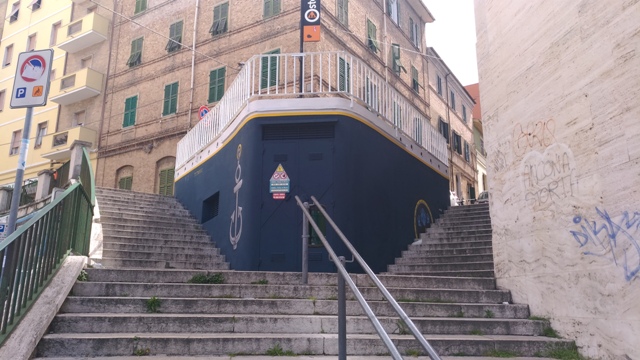 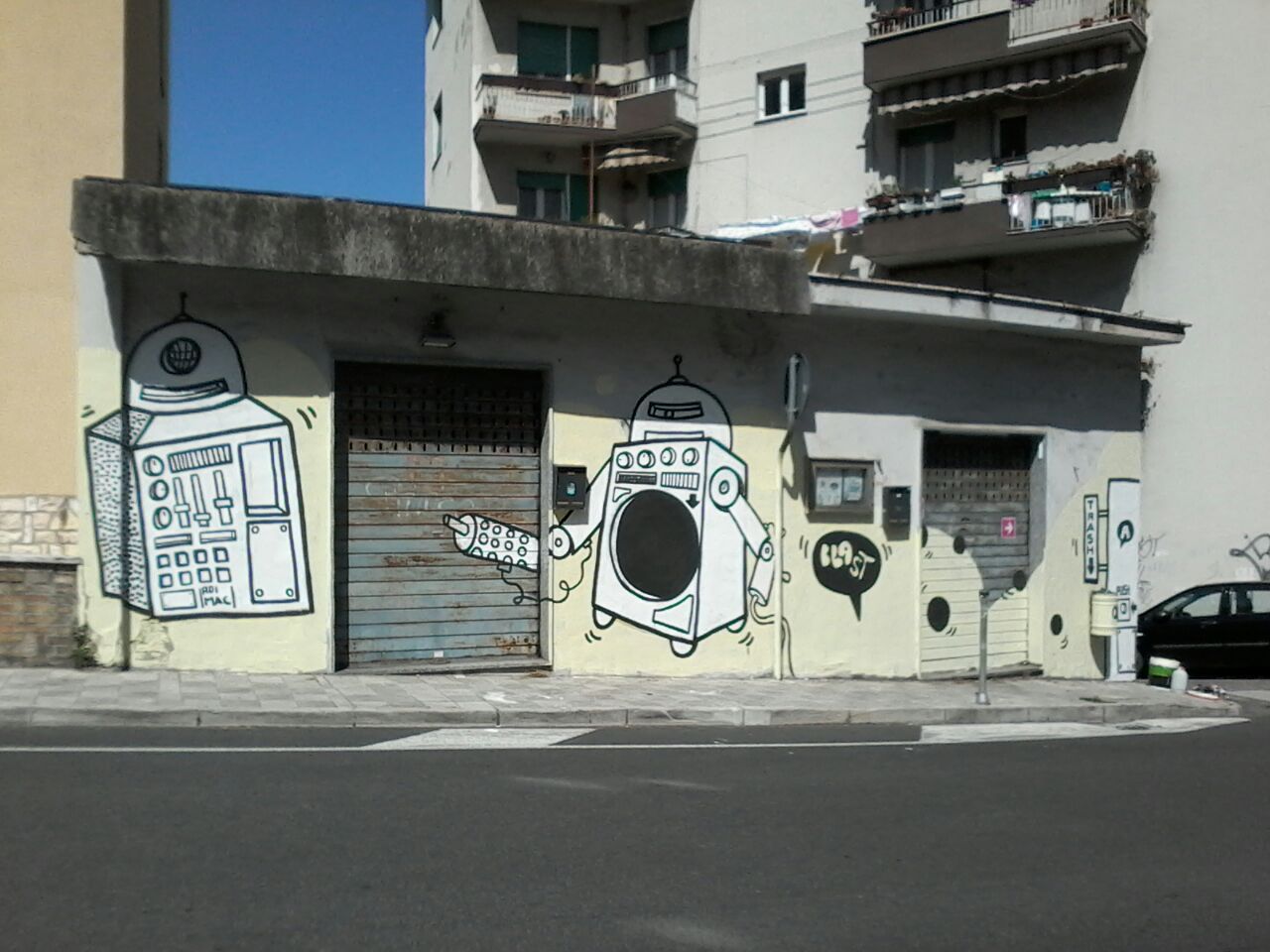 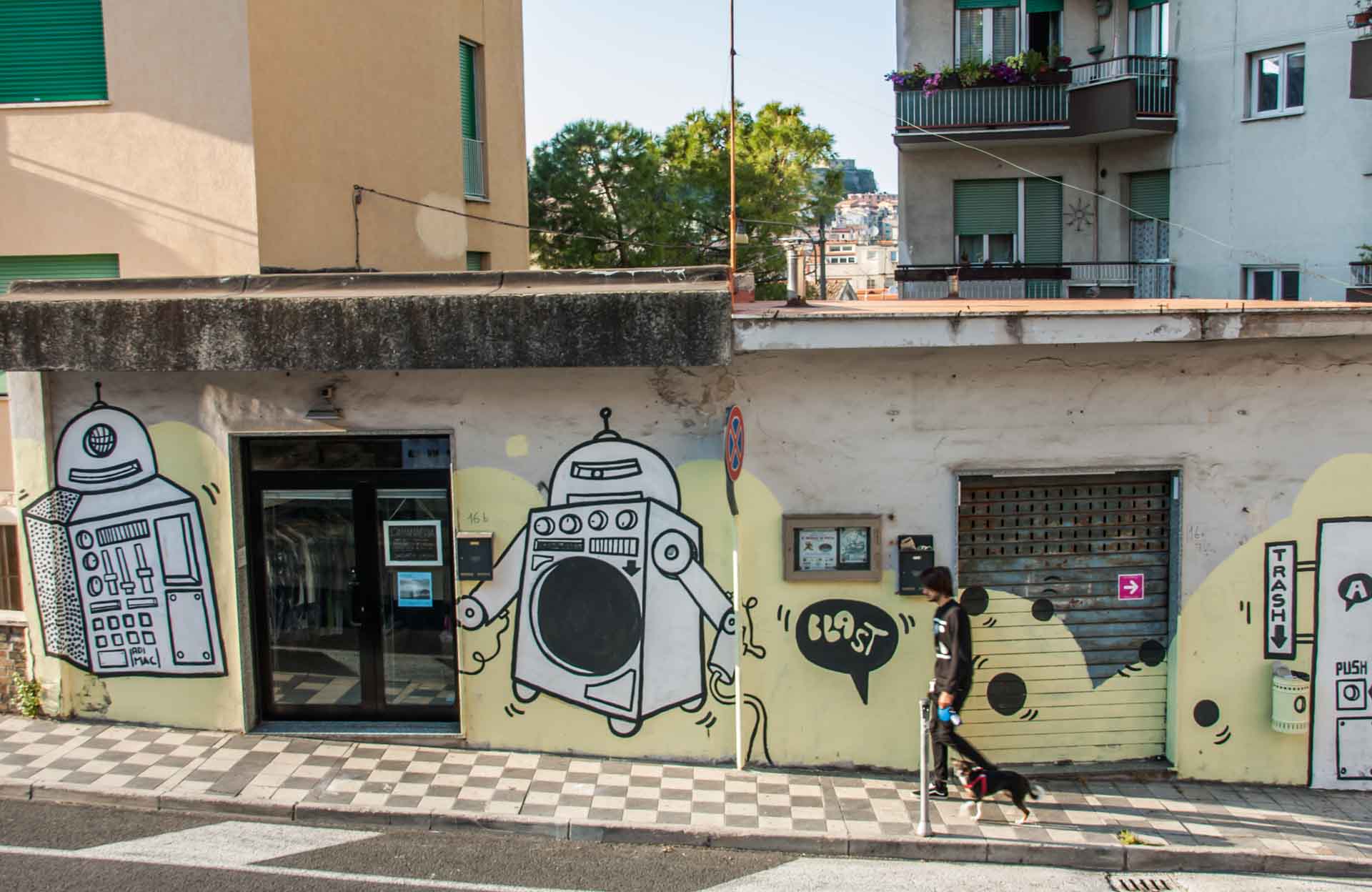 Raphael has been involved in the ambitious project of painting the high walls of a pedestrian subway, transforming the degraded area into an amazing colorful location. 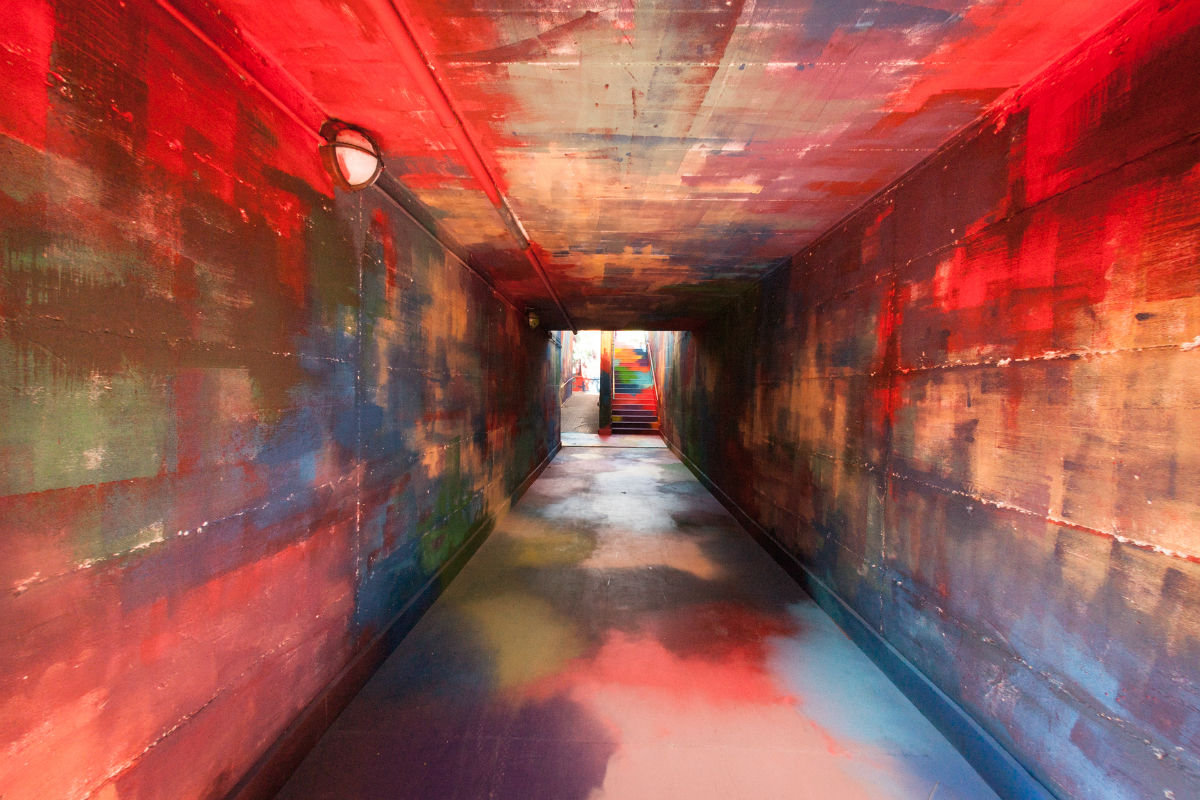 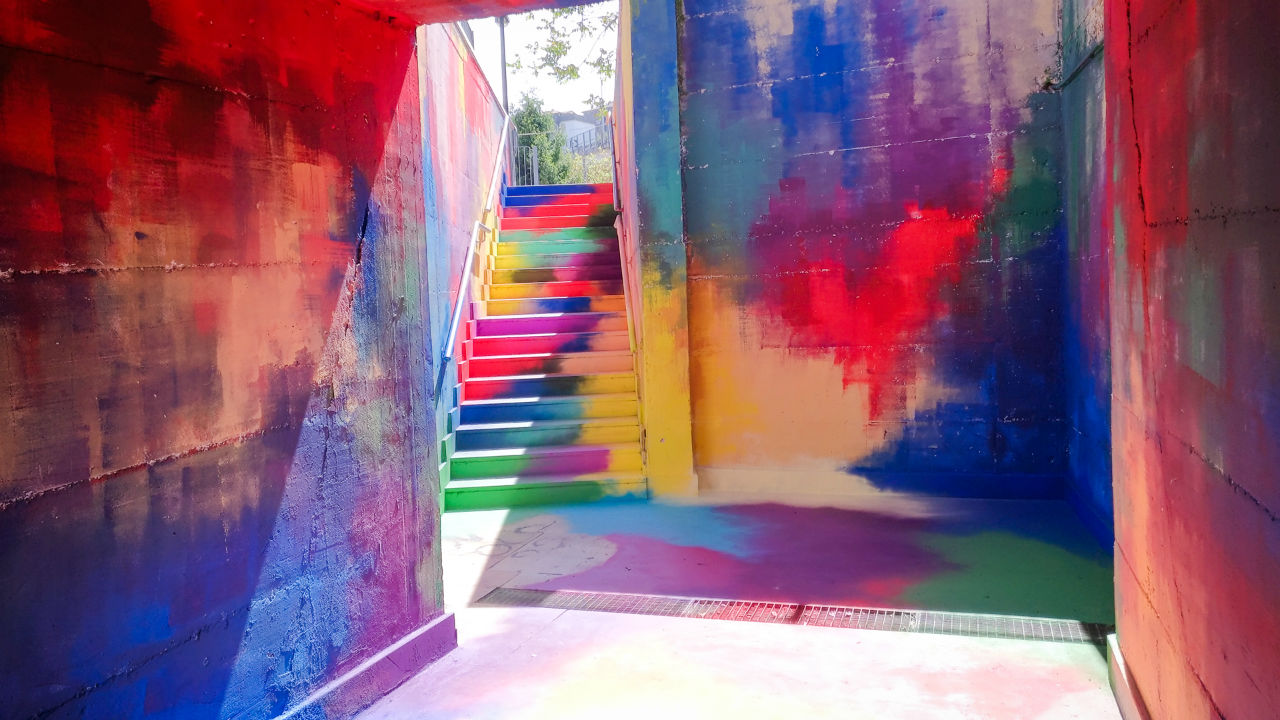 One of the prominent representatives of the Italian yarnbombing, Fusilla has decorated with its wool yarns the tree of a little square and Mixilla has painted the law wall, giving the city a corner of peace and harmony. 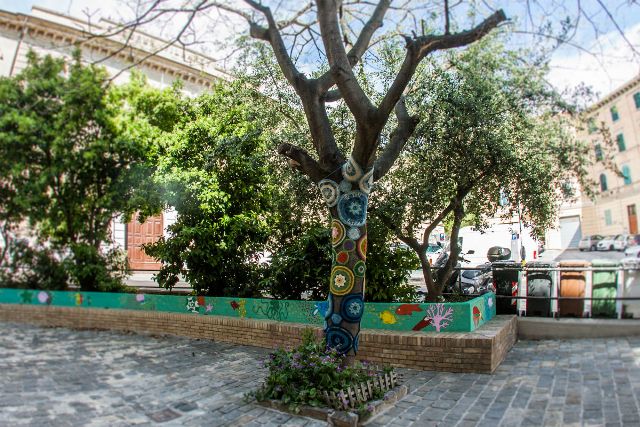 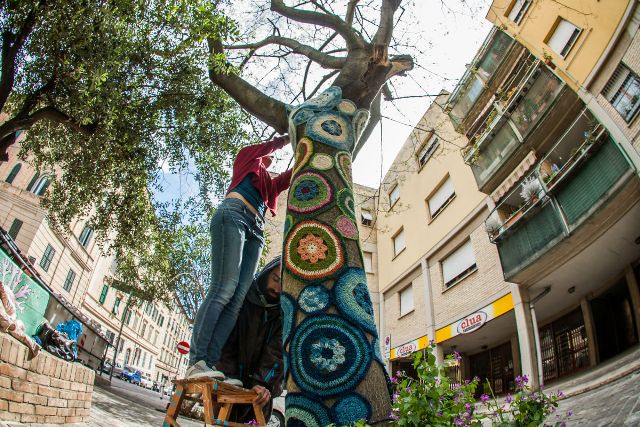 A special section is called Art Parking where some underground parking spaces and circular niches was enriched with the murals of Run, Gio Pistone and Yapwilli. 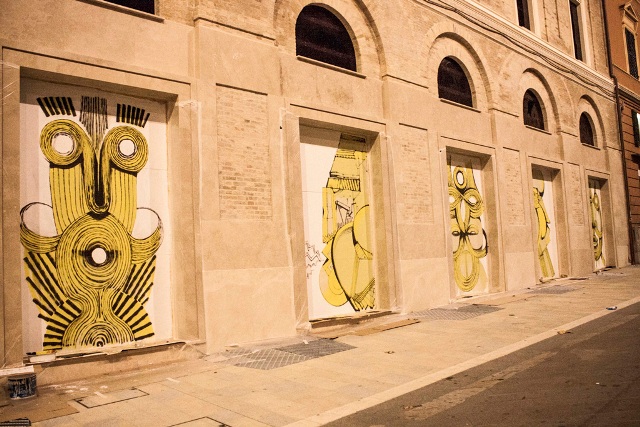 And last but not least, the Energy Box project on open air art gallery of painted panels in various areas of the historic center by several artists including Betties Kler, LuFrà, Jo Arancibia, Andrea The Spider and Urka.