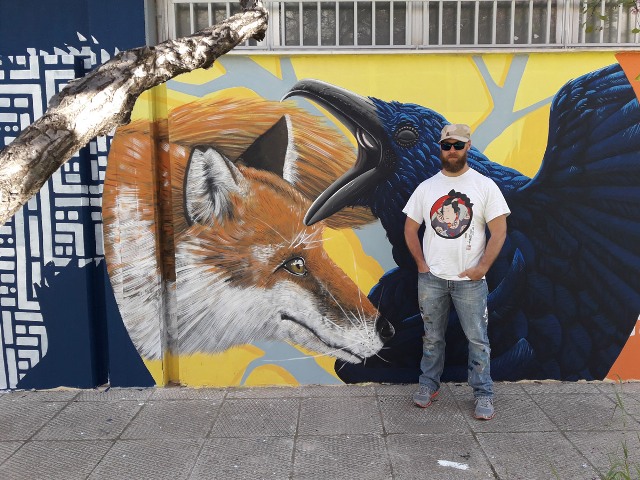 Alessio Bolognesi was in Athens and just finished his mural for Athens Street Art Festival, curated by Andreas C Tsourapas and a group of committed individuals who are guided by a passionate belief in the power of art. 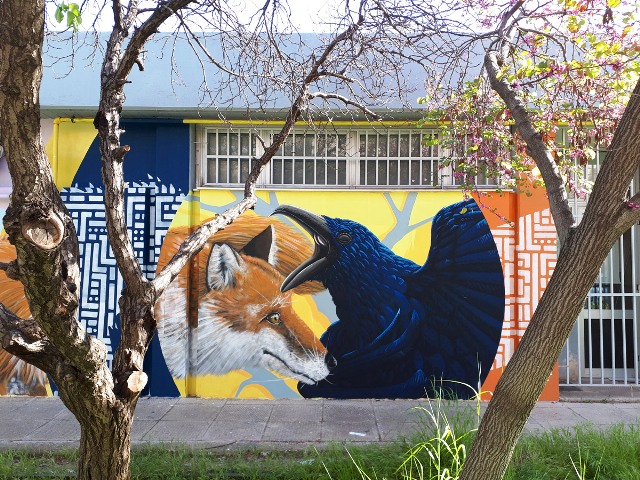 Entitled “The fox and the crow” The wall depicts the homonym tale by Aesop, a Greek fabulist and storyteller credited with a number of fables now collectively known as Aesop’s Fables. The moral of the tale is: “The flatterer lives at the expense of those who will listen to him”. But it is also a demonstration of how smartness and cleverness are fundamental skills to survive. The wall, painted on a primary school, is about 12m long and 3m tall and is mixing the various techniques utilized by Alessio: a geometric patterned part alternated with illustrative style figurative subjects. 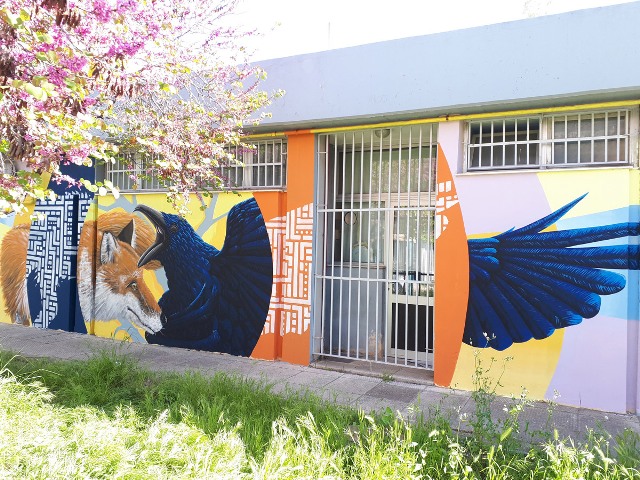 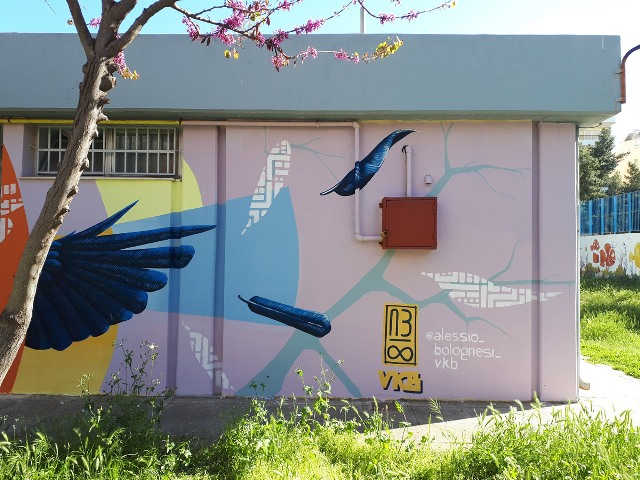 About The Artist
Alessio’s work developed through the years by mixing different techniques. He usually unites figurative parts with decorative shapes of geometrical inspiration where the figurative subjects can still be recognized as their shape are filled with a random but precise pattern. The murals Alessio paints are therefore the union of a rational part and an instinctive part, usually adjusted on the fly based on the feeling of the moment and the shape of the wall.
Currently, Alessio is working on the so called [R]EVOLVE[R] project, which is based on a simple question: “what if nature rebels to human being that is devastating the world?”. Animals are the protagonists but additional elements like plants, rocks and more can be recognized in the works.
Alessio works and lives in Ferrara, Italy, and he’s a member of the Vida Krei collective (VKB).

About The Project
Athens Street Art Festival is a Non Profit, Non Subsidized, Non Governmental and All Volunteer Street + Urban Art Festival established and based in Athens, Greece attempting to promote Social Conscience and Action through Art. The Festival invites a series of exceptional artists and innovative thinkers committed to fostering awareness and education for social change. Through this collaborative effort, the group provoke new perceptions, broaden awareness and education and find creative solutions.
Since its establishment almost 10 years ago the Athens Street Art Festival lead and curated by Andreas C Tsourapas hosted more than 170 artists, and painted in 8 different Municipalities of Athens more than 32,000 m2 of Murals…. However still not such a widely known event.