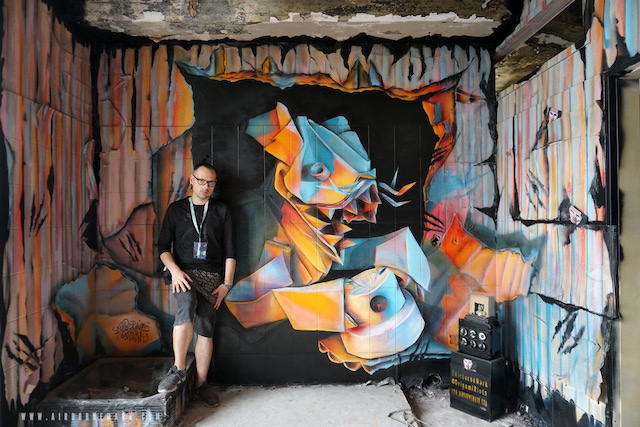 Based on his origami model, Airborne Mark created an amazing piece for the Ibug Festival in Chemnitz, Germany. “It was a different event as it took place in an abandoned factory where I created a 4 wall-walk in experience-The visitors, upon entering the room, find themselves inside a cardboard paint box and therefore they look from inside out. But watch out there’s a origami mutant rat scratching through the side to steal some paint supplies. As always, the piece is based on may own original origami model. And the whole adventure captured in this video vlog format.” 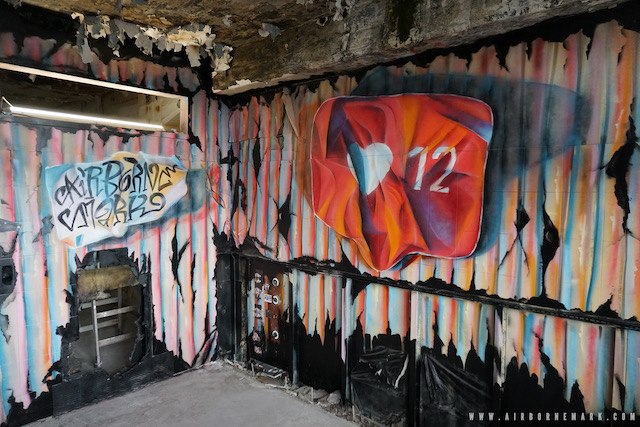 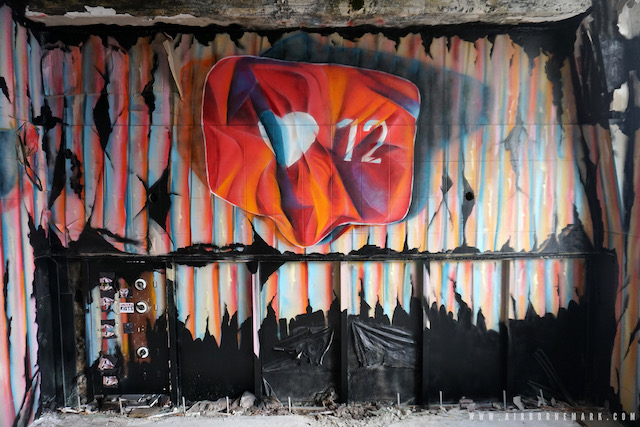 “Airborne Mark has been very active on the graffiti and street art scene in the UK for over 10 years. However, his journey with spray paint started in 1995 in Poland, where he comes from. He is particularly known for his bold origami theme. Such has been his involvement on the UK street art scene that he is mentioned in Banksy’s unauthorised biography “The Man behind the Wall” by Will Ellsworth-Jones.” 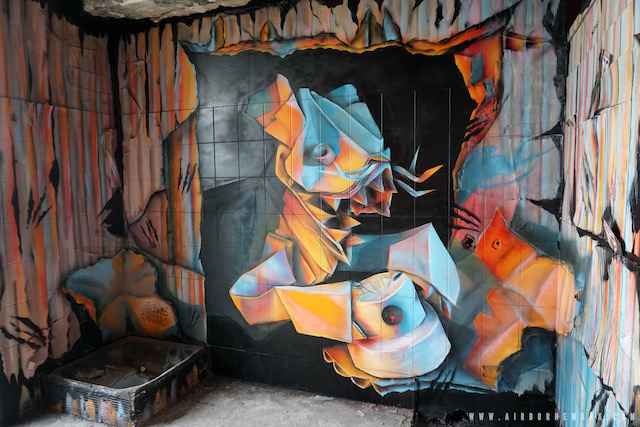 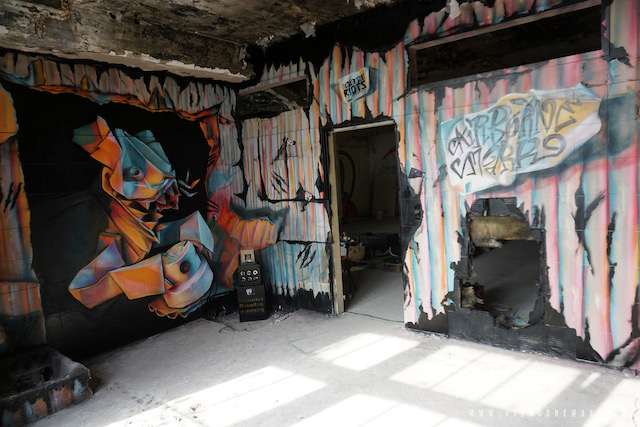 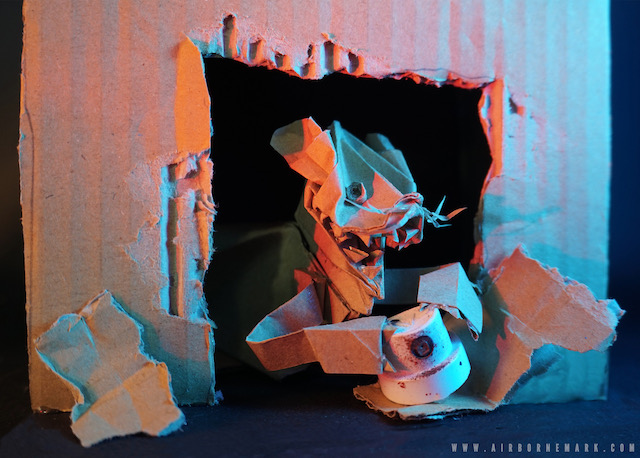