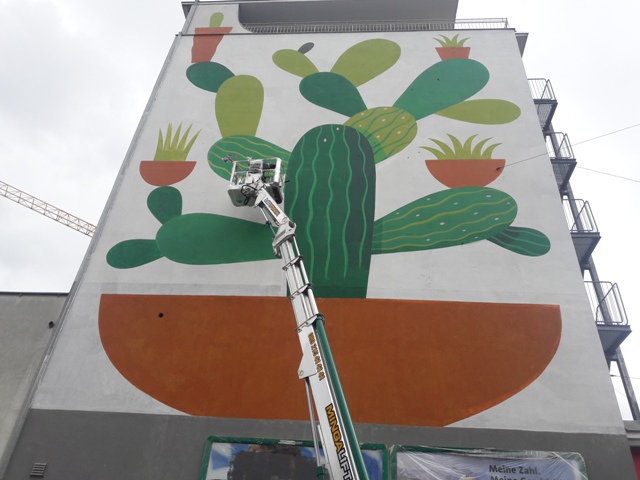 From the 09th September to the 15th September the artist Agostino Iacurci is creating a new Mural in Munich (Landsbergerstraße/ Max – Friedländer – Bogen). Agostino Iacurci is an italian artist and his murals can be found in Italy, France, Denmark, Germany, Brazil and more.Known for his works with bright colors, bold lines, multicolored surfaces areas, deliberately reduced forms language, e.g. geometric forms. 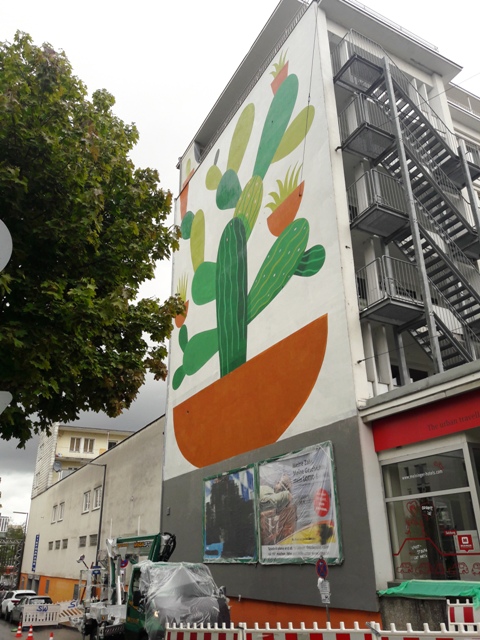 What can to see? A surreal scene, a cactus which balances four plant pots.

The mural is 21 x 12,7 m tall. He is using geometric forms and bright and warm colors. The colors transport a feeling of Southern Europe in the colder seasons in Munich. The people in Munich will now start dreaming of Italy. 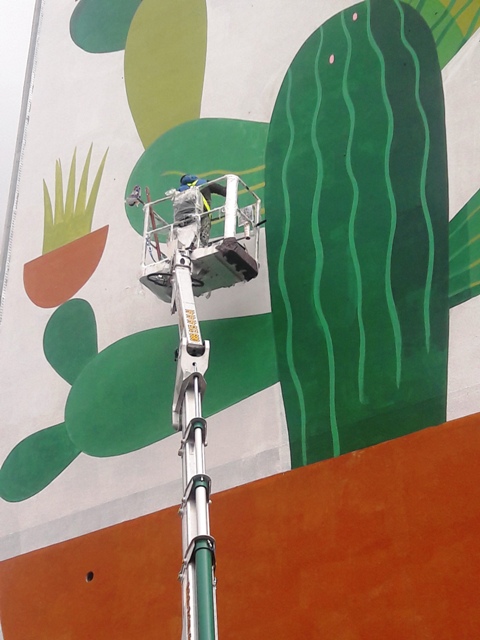 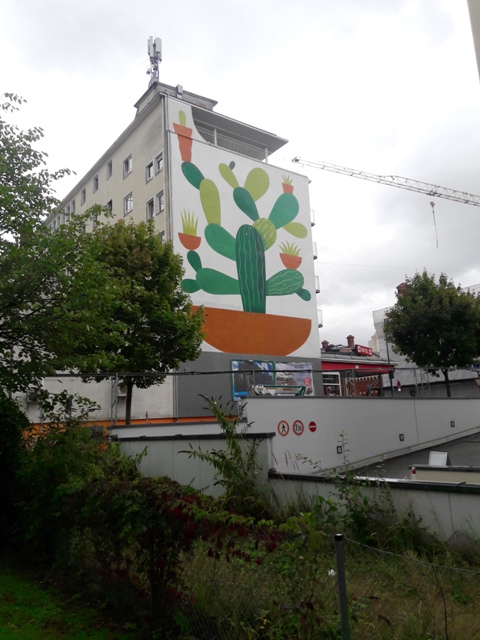 The title of this mural is “Ficus Indica”. This mural is an artist’s gift to the city of Munich, and the third chapter of the “We are creative in Puglia” (http://www.wearecreativeinpuglia.com/ ) project developed by “We are creative in Puglia”. The first two chapters being in Berlin and Turin. A project in cooperation with the trip magazine , Air Dolomiti and MUCBOOK – das Münchner Stadtmagazin (https://www.mucbook.de/ ). 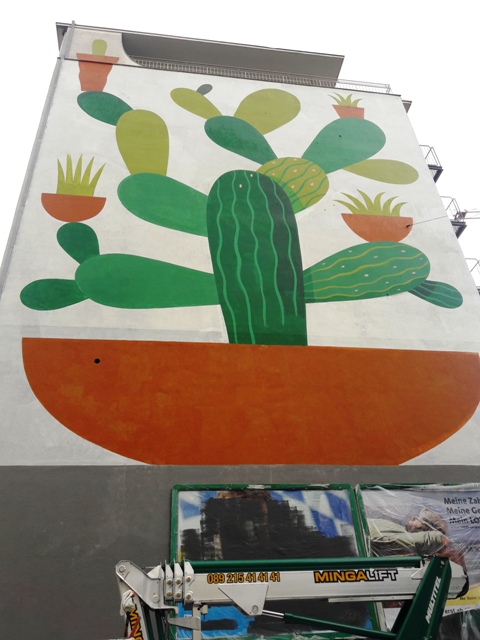 Thanx to Carina Münzfeld for the information – you can find her at the MUCA.