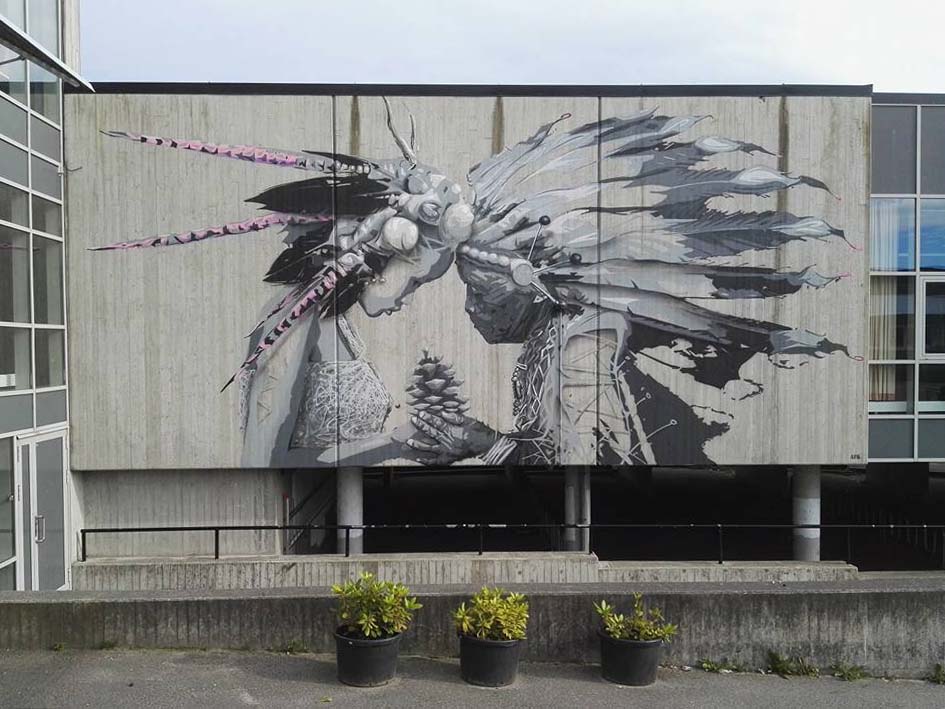 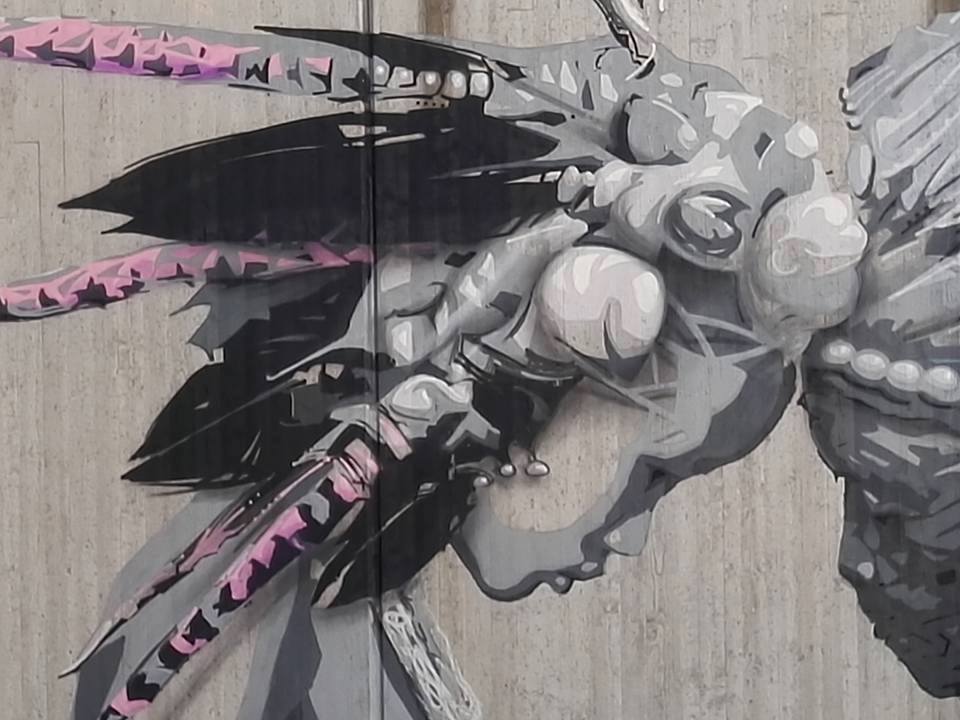 Bergen-based artist AFK produced the largest artwork yet for the Trail on a wall at a local school. At the center of the mural a young girl and a woman are cradling a pine cone. Throughout the span of recorded human history, pine cones have served as a symbolic representation of Human Enlightenment. Conifer pine trees are one of the most ancient plant genera on the planet, having existed nearly three times longer than all flowering plant species. 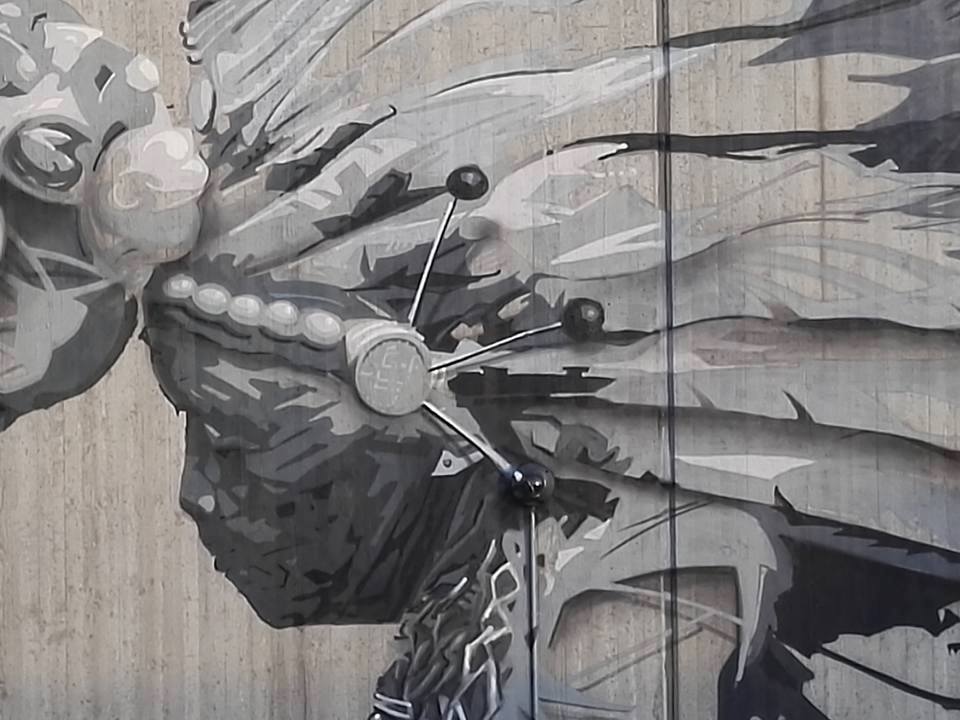 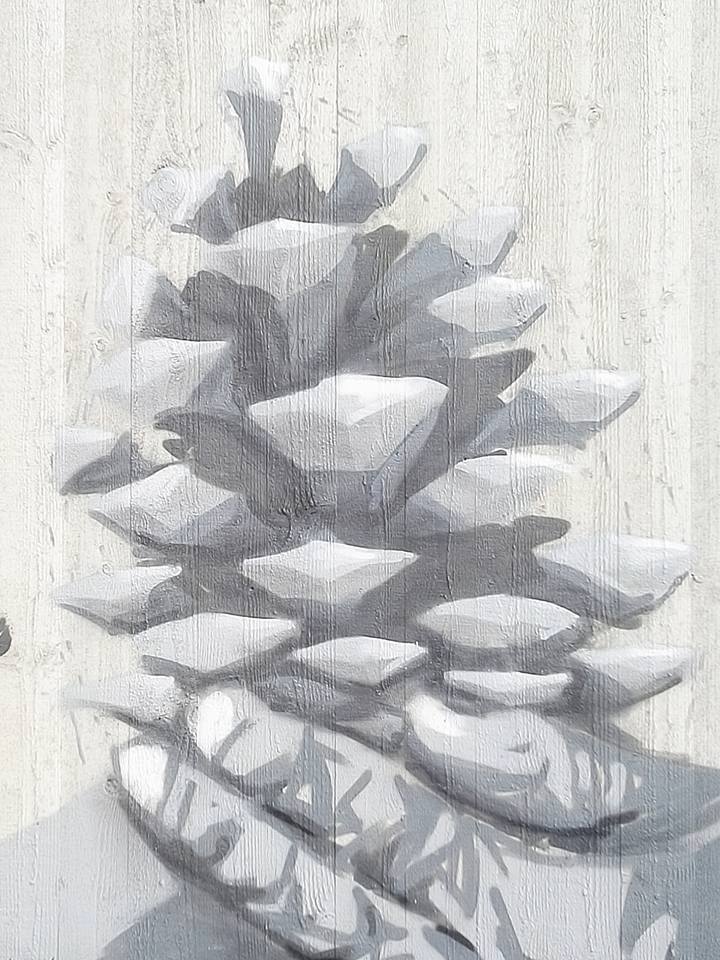 AFK said, “The piece is about the passing on of wisdom. I hope it will inspire the students of Giske Ungdomsskole to keep their eyes open for wisdom on their journey to accumulate knowledge.”

Special thanks to Giske Ungdomsskole for their cooperation and assistance in making this mural possible. We look forward to seeing the reactions of the children when they return from their summer holidays in late August. 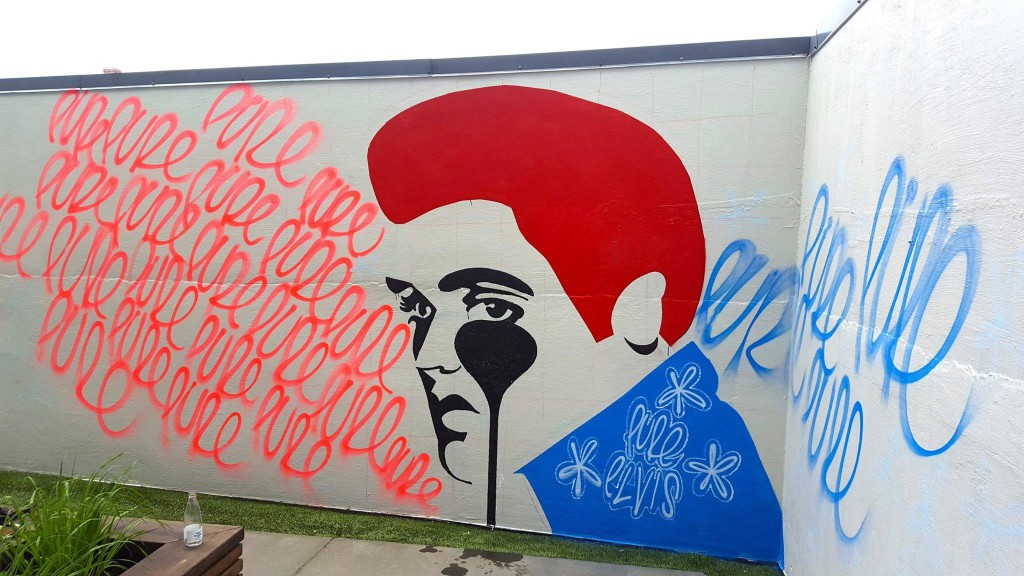 AFK is a Bergen-based artist. His classic, monochrome stencils are often laced with political undertones and his discrete use of colour, usually just pink and purple, makes his work easily recognizable. Over the last few years he has established himself as one of Norway’s leading street artists with his work being among some of the most exceptional examples the country has to offer.

www.urbanlama.com
The physical and cultural landscape of 1990 USA strongly influenced the young Pure Evil. Upon completing his studies in graphics and fashion in London he set off for California’s West Coast where he established himself in San Francisco working for the Anarchic Adjustment clothing label as a clothing designer / pattern cutter / graphic designer. Street art proved to be Pure Evil’s most important artistic discovery of the 90’s however, the likes of Twist and Reminisce providing significant inspiration, with a dose of skate culture thrown in. Pure Evil always considered his moniker a bit over the top and it has long since evolved into something of a joke for the artist. It does, however, justify his artistic excursions into the darker side of people and their social ills, a worldview that stems from his Catholic upbringing and is dominated by the theme good versus evil.
www.pureevilgallery.virb.com