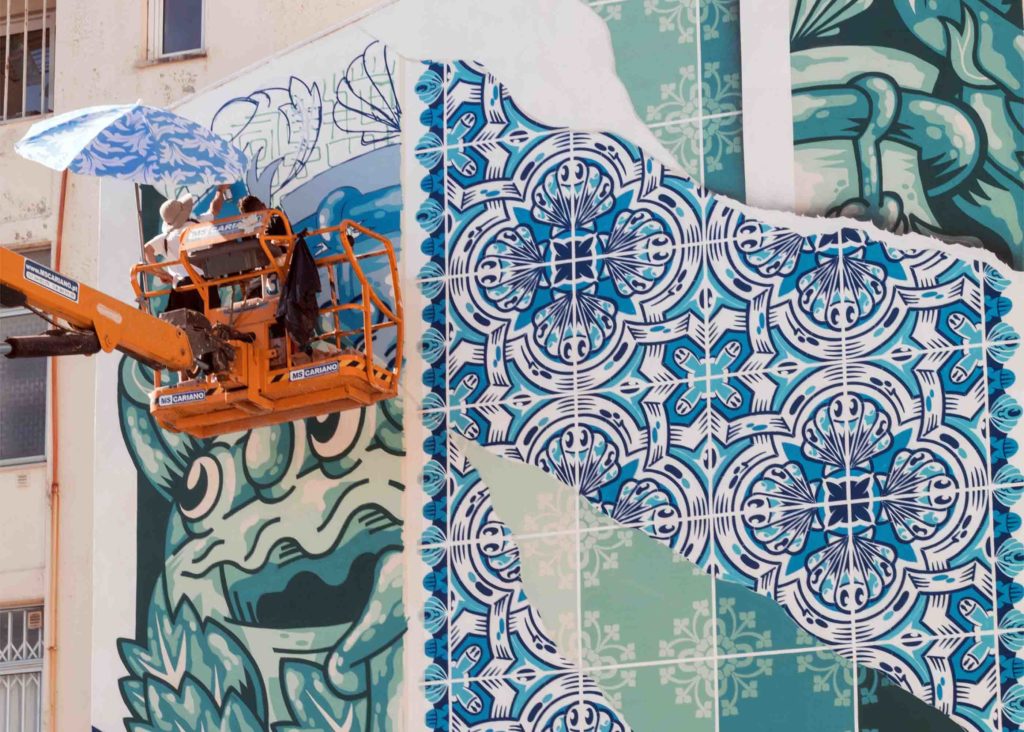 In Caldas, be Caldense. For a tiles and ceramics’ art lover such as Add Fuel, creating a mural in the city of Caldas da Rainha was both an honor and a tribute. Inspired by the enormous Bordallo Pinheiro, the richness of natural elements represented in his collections and the genius shapes
of his objects, Add Fuel reinterprets the legacy of traditional Caldas ceramics to offer the inhabitants of the city his own
tribute. 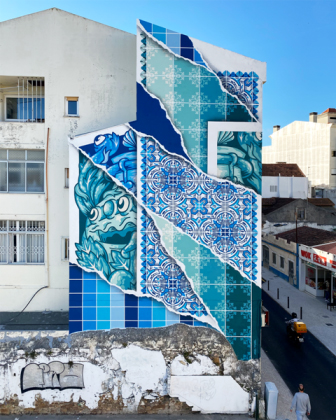 From the blue of secular tiles to the green of Bordallo cabbages, from the shape of artichokes to the one of decorative
pots, from the realistic fauna and flora to the artist’s imaginary creatures, this wall now part of the city wants to be as
Caldense as each one of its inhabitants. 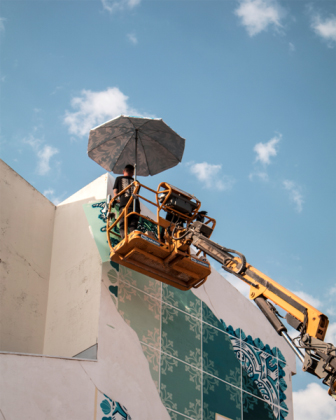 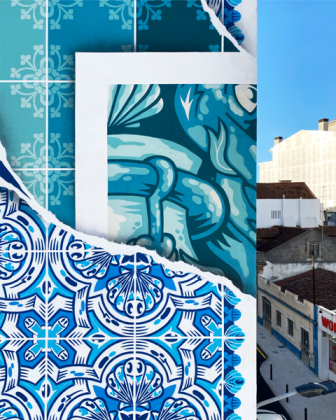 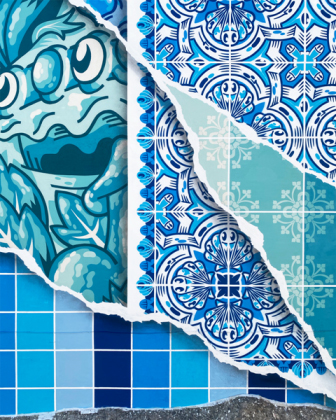 Add Fuel is a Portuguese visual artist Diogo Machado (b. 1980). Since 2007, he has been focusing exclusively on his artistic work.
Starting out under the full name Add Fuel to the Fire, he first created a dark yet exuberant visual universe populated by a cast of slimy, eccentric and joyful creatures, influenced by a variety of interests ranging from video games to comics, animation, sci-fi, designer toys, and urban visual culture.

Exploring a wide range of both manual and digital techniques in the fields of drawing, painting, ceramics, and printing, his practice expresses a sophisticated dialogue between the old and the new, between heritage and modernity. Besides the numerous public art interventions he has been creating in various countries, he has also been showcasing his work in solo and group exhibitions in reputed galleries and museums. Diogo Machado lives and works in Cascais, Portugal.