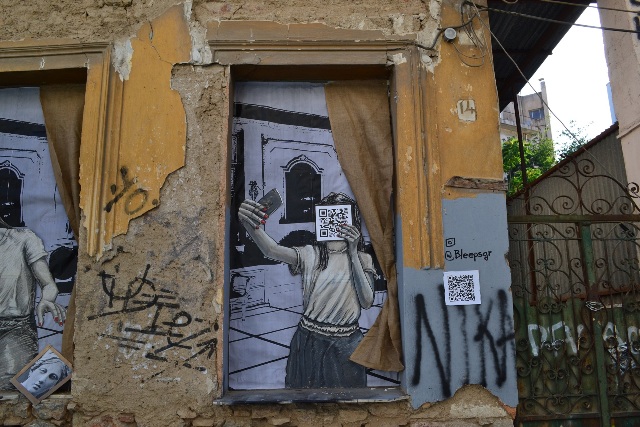 A world of multiple narratives. A world to promote solidarity, awareness, and tolerance. These phrases became the moto of an era tasked with welcoming human culture into the 5th industrial revolution, a revolution introducing “the instant” in information sharing and automation in production and services. 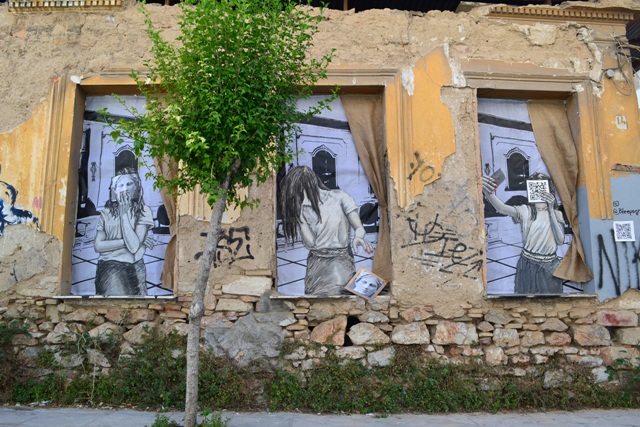 Bleeps.gr explains about their latest art instalation in the centre of Athens, GR:

”It was the hyperreality as J. Baudrillard described it in the form of the ever-perpetuated movement towards an intolerable languor. An existence absorbed in a fragmented transparency of close ups. A gradual impairment is imposed to us, as the indulgence in an obsessively implied self-admiration. A fondness for the deception provided in a seductive manner by the social media current. A shallowness embellished with glitter. Fascism in a postmodern “contour”.
What have we become other than “quasis”? 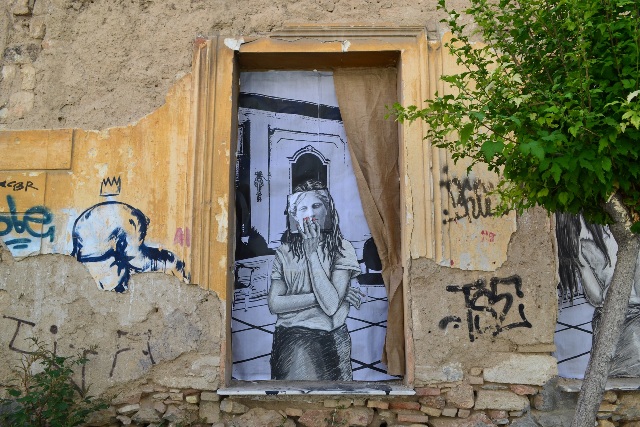 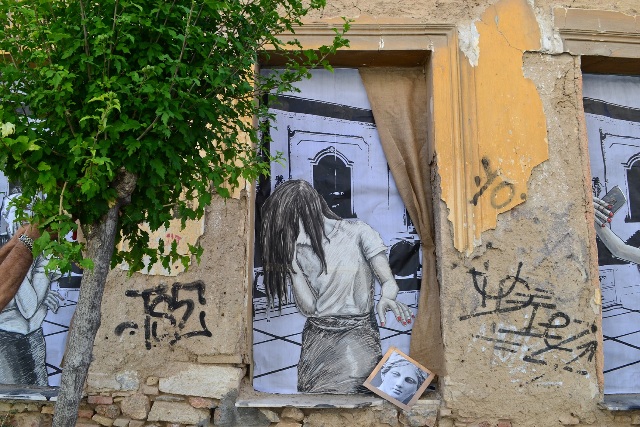 Entrapped in a narcissistic labyrinth of endless ramifications leading to a definite lethe of who we were even as images. The very “image” altered, filtered, and enthroned in the position of a self-dictator.

Oh no, we do not have the slightest desire even for a glimpse of truth. And the ones that persistently reveal it, are perceived as weak and banal.
An indefinite set of “corpora” craving a lie that would endlessly carry on. Even if this fabrication absorbed the fullness and deprived us of the elemental principle associated with existence. Such a heavy burden, the load of treachery aimed at and executed to our very selves.

We are no individuals.
We never succeeded in structuring the multitude.
Our progress?
From Bar Codes to QR ones. 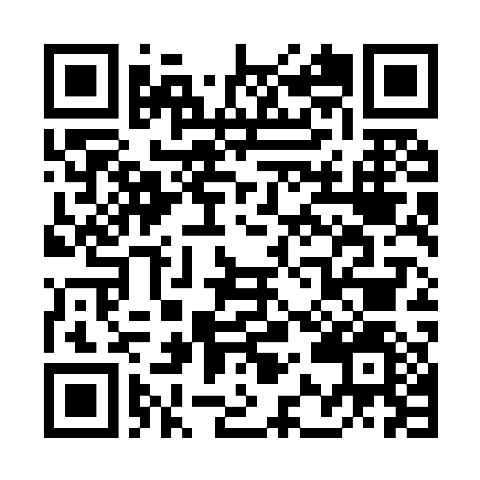 Based in Athens GR