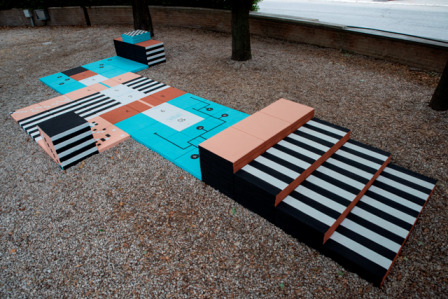 The “usable monument” is conceived as a usable art installation. The structure has several functions: it is an artwork, but also a meeting space and a monument to memory. The structure is not intended to be just admired, but it invites people to come in, walk, sit and play on it. Such interaction makes it possible to understand the deep message of the artwork, that is the memory of the “march on Melanico”, held in 1955, when inhabitants of Santa Croce di Magliano claimed the right to occupy the land of Melanico, at that time owned by an Apulian landowner. 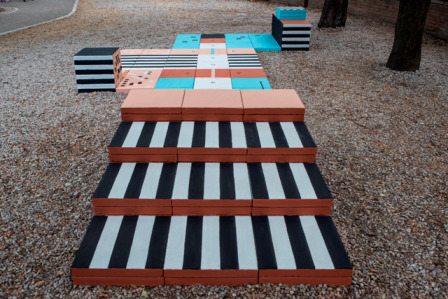 The day labourers of Santa Croce di Magliano, supported by the women (lined up in front of the police), by trade unionists and communist leaders, succeeded in obtaining the reallocation of the land. The memory of this event is imprinted in the writings, drawings and colours of the monument (the colours remind of the ones of the countryside near Santa Croce di Magliano); following the path of the hopscotch, a casual crowd becomes a cohesive group, a community. Even a passer-by can undertake this path, which looks like a game, but is actually a march towards the awareness of man’s rights. 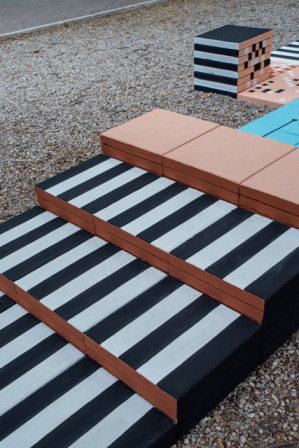 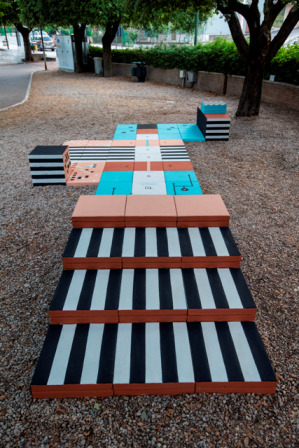 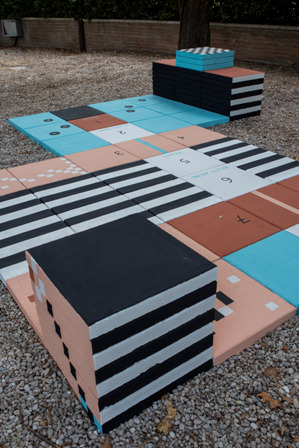 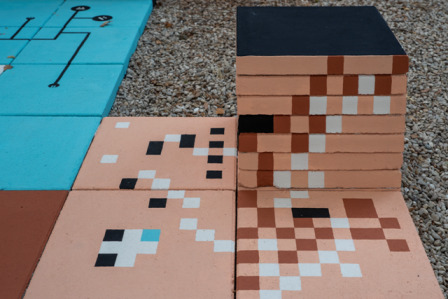 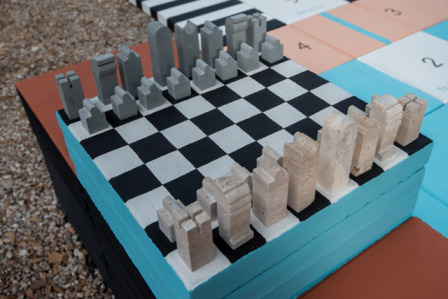 Guerilla Spam was born in November 2010 in Florence as a spontaneous, unauthorised form of resistance and protest in urban spaces. Today, it alternates the practice of unauthorised posting with public mural interventions across Italy and abroad. Working in schools, juvenile communities, reception centres and prisons, the educational projects focus on the theme of migration and meeting “the other”. The workshops aimed at increasing intercultural awareness are delivered for locals as well as for the international community. The work of Guerilla Spam has been exhibited in Italy in archaeological and national museums of modern and contemporary art. The national newspapers “La Repubblica”, “La Stampa”, “Il Corriere della Sera”, as well as the international press “The Economist”, have published articles on Guerrilla Spam. 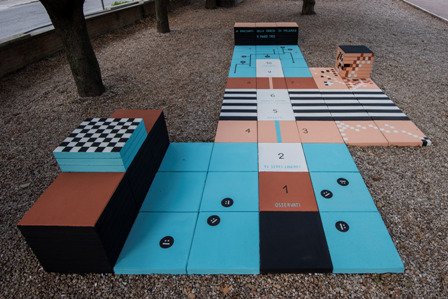 The PAG (Premio Antonio Giordano) is an urban art project that has been taking place in Santa Croce di Magliano (Italy) since 2014; the PAG promotes all forms of contemporary visual art (painting, sculpture, photography and architecture). The project aims to continue the research work carried out by Antonio Giordano, a multifaceted exponent of the trans-avantgarde (sculptor, painter and photographer), passed away in 2013.

The PAG is promotion and dissemination of the visual arts starting from the street, considered as a privileged place for the knowledge exchange. The project selects artists who gravitate to the urban art scene at a national and international level; the event is organized by “ACAG”
(Antonio Giordano Cultural Association) and co-financed by the Municipality of Santa Croce di Magliano (CB).

Over the years (from 2014 to 2021), more than 40 artworks have been created by 27 artists, all easily accessible thanks to two interactive maps (on Google and the Belgian Streetartcities platform) available on the project website: www.premioantoniogiordano.it (QR codes redirecting to the website can be found all over the town).