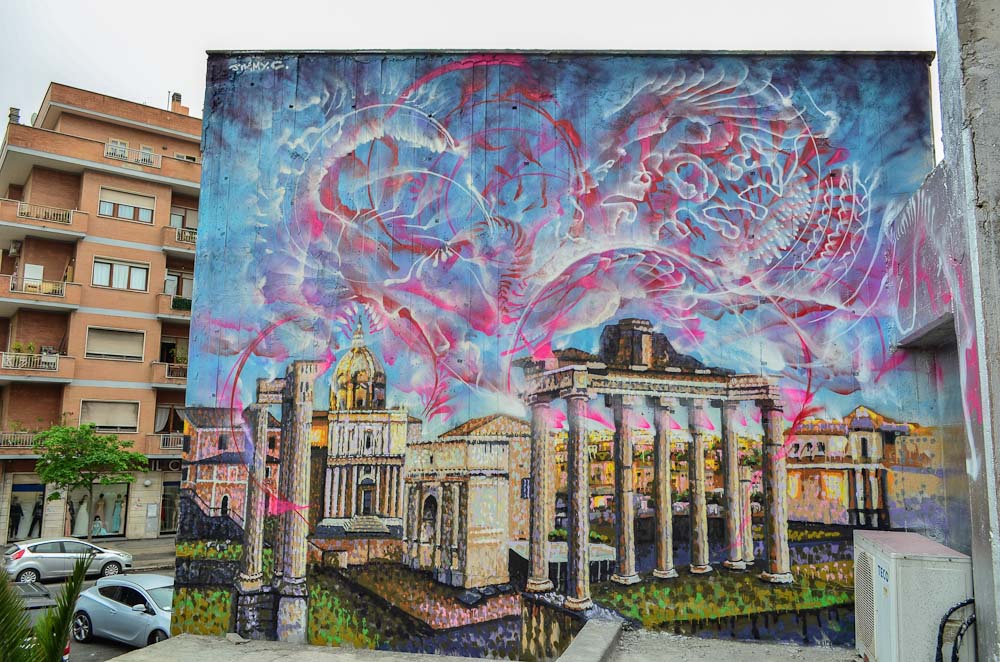 These days the a.DNA association is at work at the cultural center “Affabulazione” in Ostia (Rome) for the first mural work of the project “URBAN AREA – A Scena Aperta”, in place since 2012 and in the second year in this district, in collaboration of some realities. 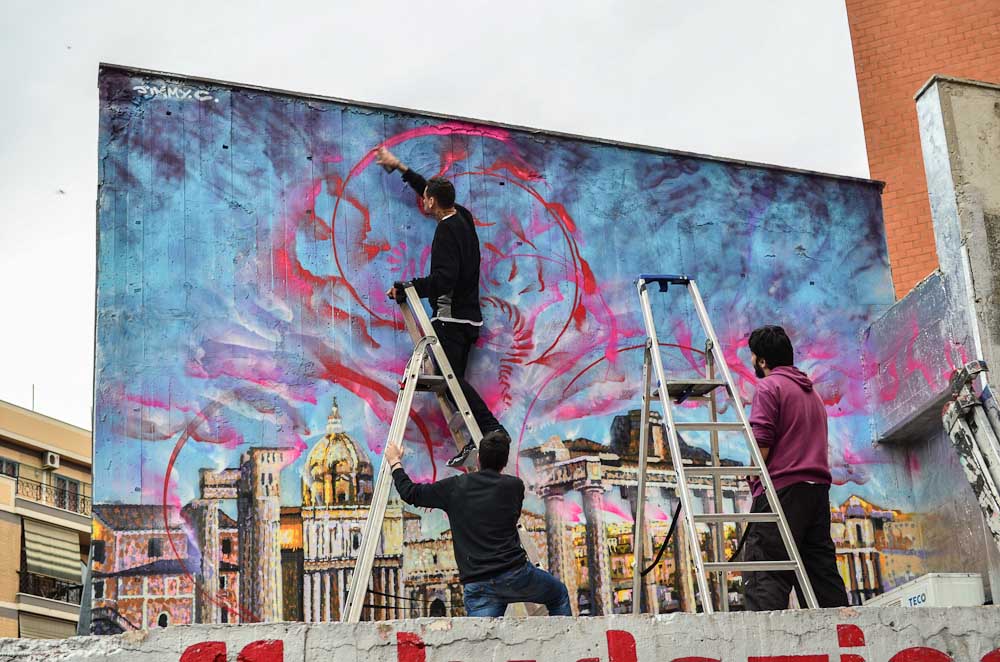 Australian artist Jimmy C and L7M, Brazilian from Sao Paulo and for the first time in Italy for an urban art project, intervened together on two outer walls of the Affabulazione property in Piazza Marco Vipsanio Agrippa in Ostia, cultural point of reference for families and kids in this neighborhood of Rome. 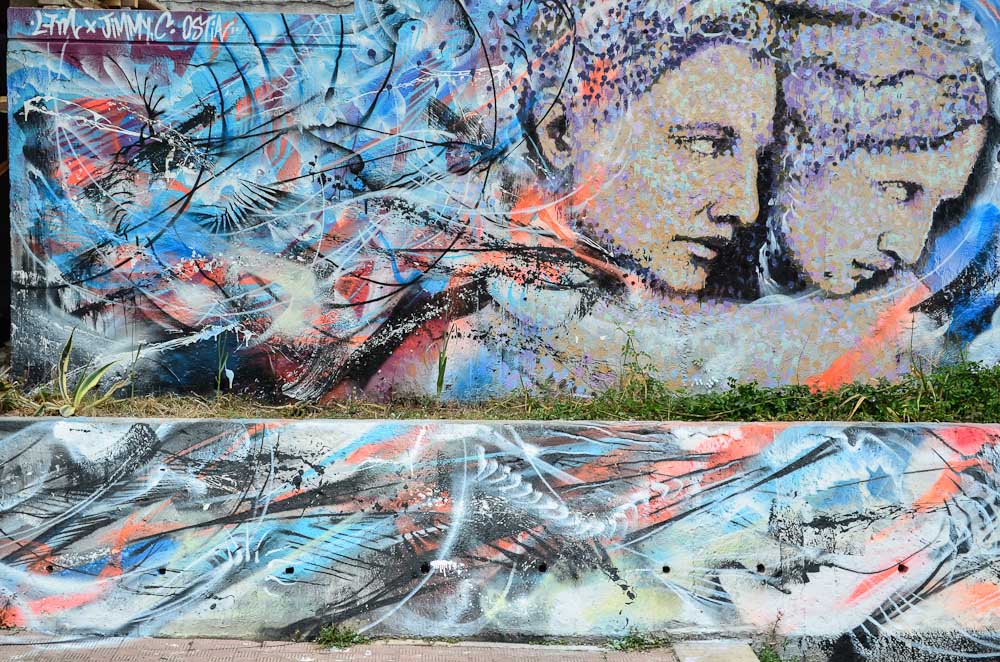 The two artists have been working on two adjacent walls located at the entrance of the building which, facing the square, greet passersby entering the area of the west Ostia like a scenic backdrop that broadens his perspective on this city glimpse . 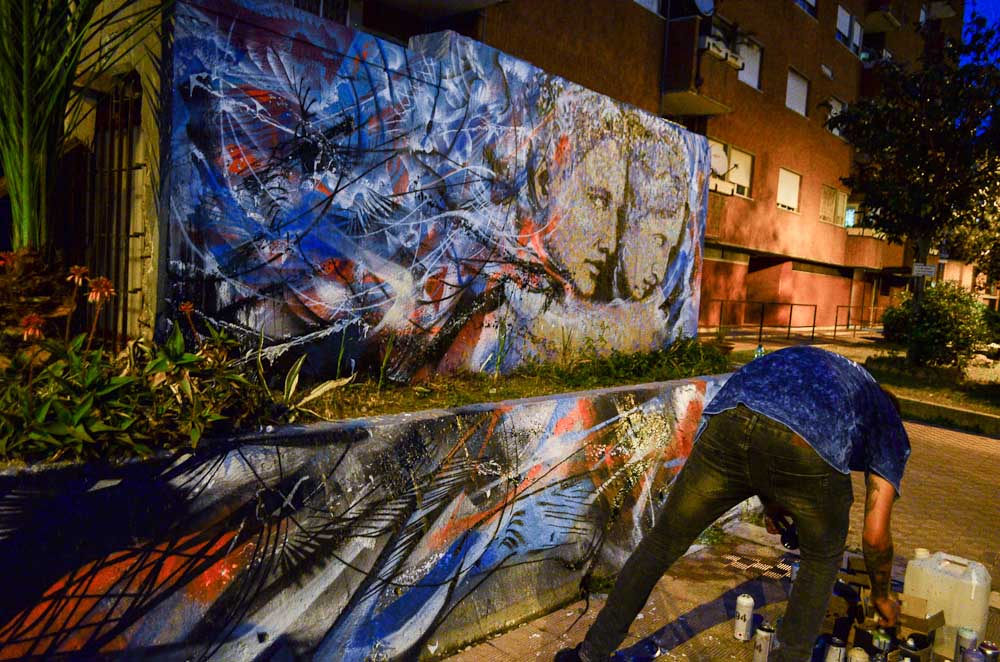 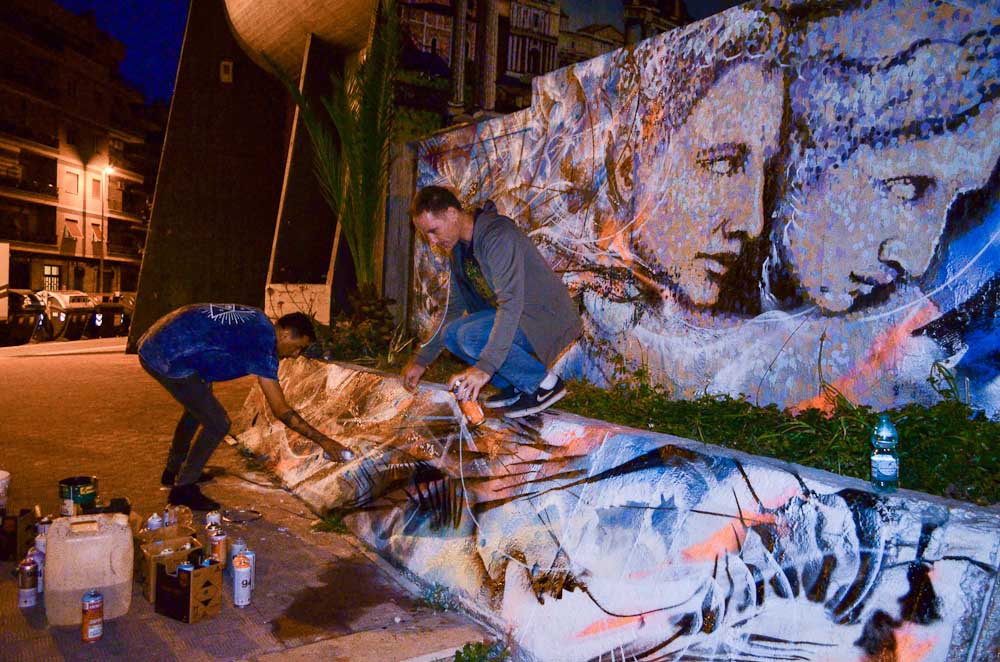 The official opening of the project took place on Sunday, April 17 at the Teatro del Lido di Ostia by presenting about 20 works by as many artists on display, all from the Italian and international urban art scene as Diamond, Peter Bol Maiozzi, Omino71 , Mr.Klevra, Solo, Nemo’s, Jimmy C and more … as well as a photo essay on the past walls interventions lost within the spaces of the former cinema theater Preneste and Volturno, both in Rome and currently closed. 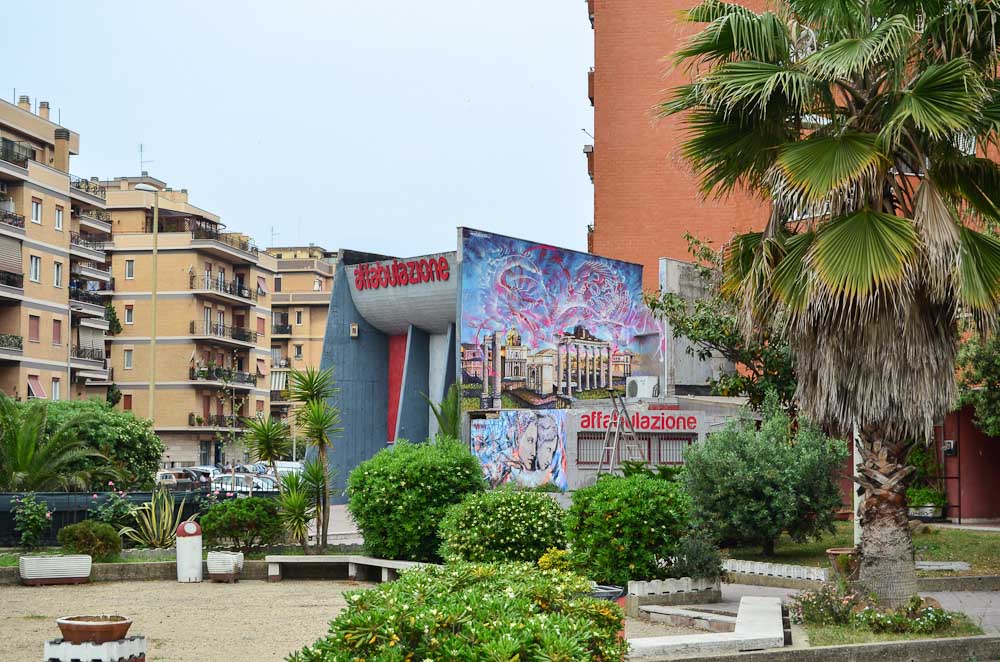 The “Urban Area” project was born and developed from 2012 in connection with independent spaces that primarily promote activities related to theater and experimental variations of the stage show and on the street. Taking a closer look at the current situation of urban art, the creators and curators of the project have invited artists to collaborate with the independent and local associations, in connection with educational institutions at which will take place the next interventions. A way to undermine the well-established mechanism of production and marketing of the image in favor of the use of the process, the act of evolution that the work suffers and which can be perceived only by those who are present at that moment, only and unrepeatable, in which the author creates. The artist interprets the painting process as an actor plays his own screenplay, getting to the passer as an audience who, witnessing the fulfillment, comes into contact with the work. The wall painting, as well, is full every day with those who pass through and view it as part of their daily lives. 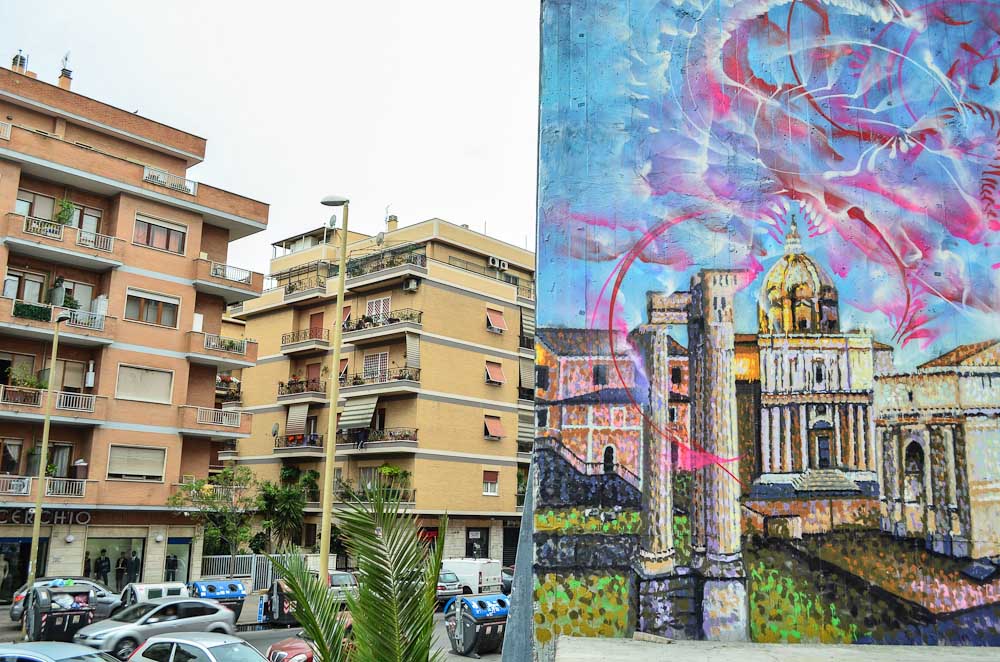 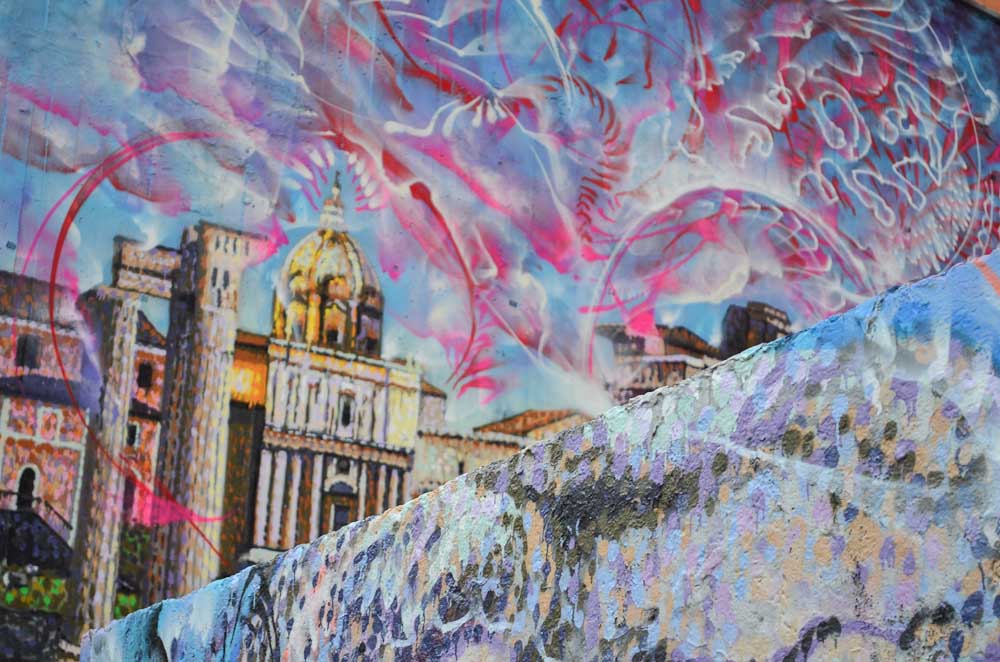 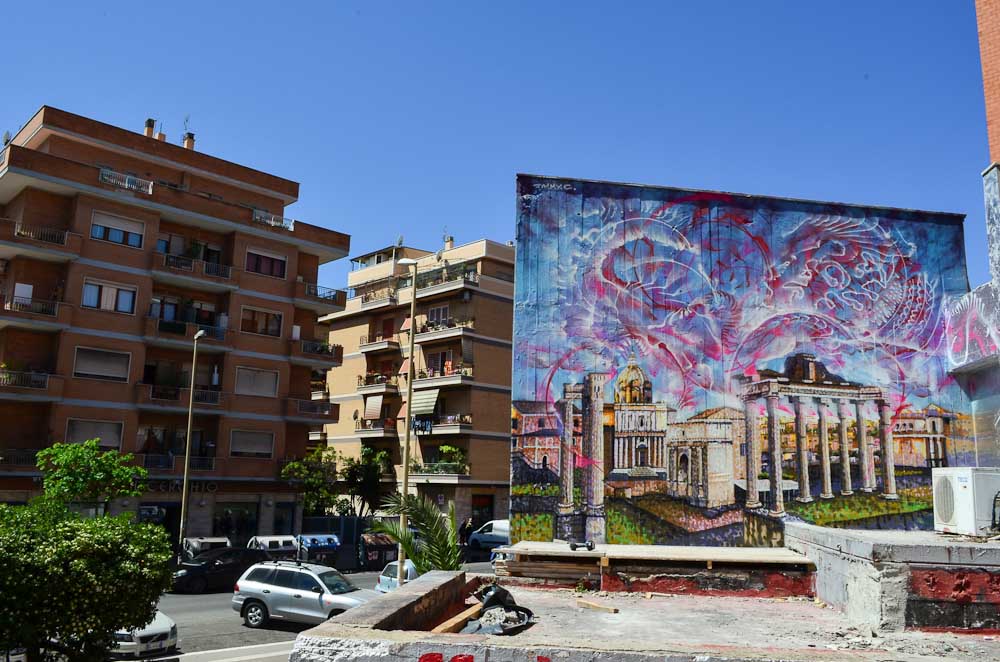 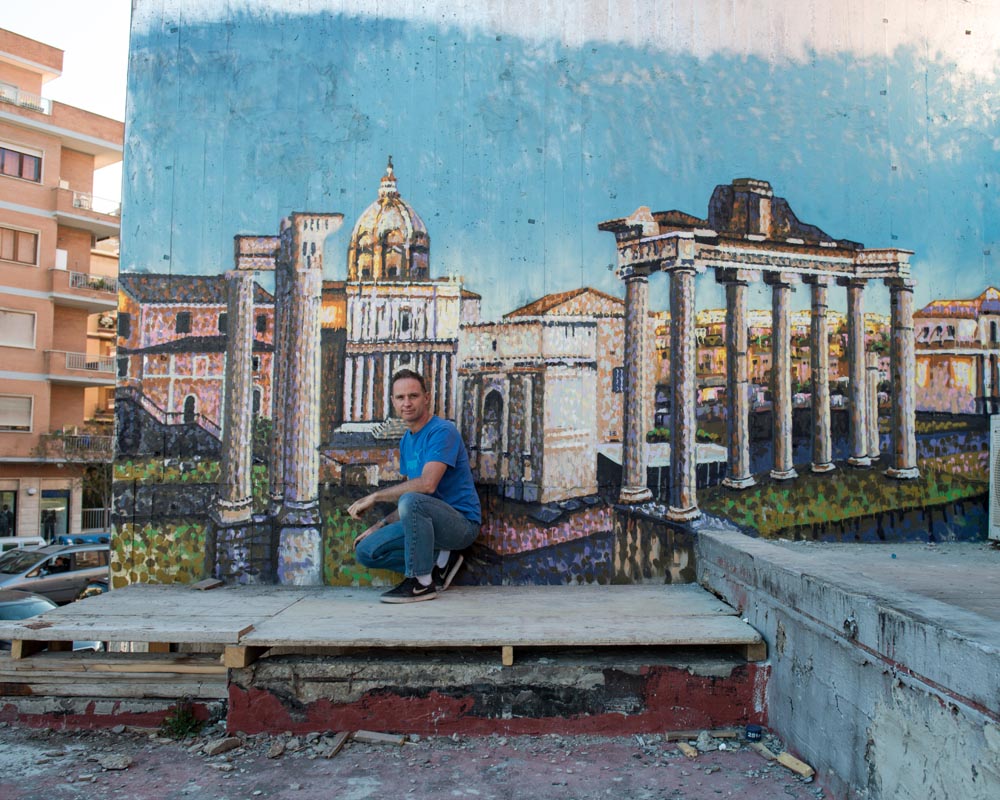 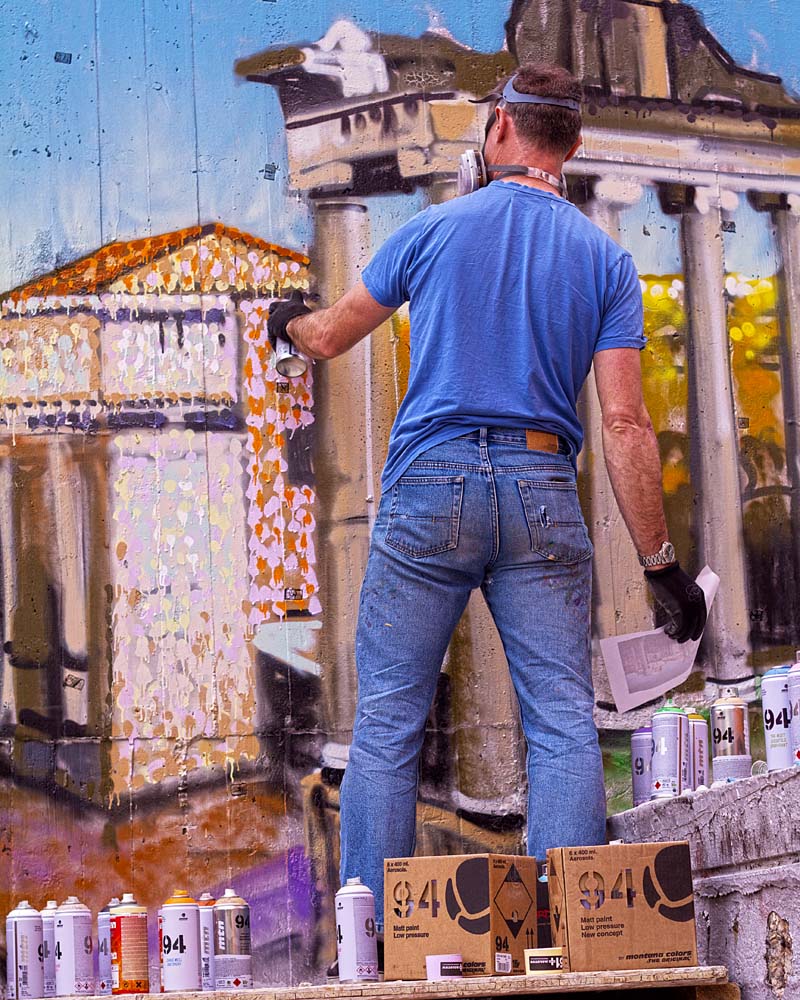 The exhibition at the Teatro del Lido will remain open until 15 May and in the meantime other artists are already alternating with new urban interventions until the month of June. The idea is to create a path that includes the area of the West Ostia from the Teatro del Lido to Idroscalo area, networking with Teatro Del Lido di Ostia, Affabulazione, Associazione Manes, MURo, Punto Scuola, Harley Rock Crew and Studio Fotografico Wonderland.