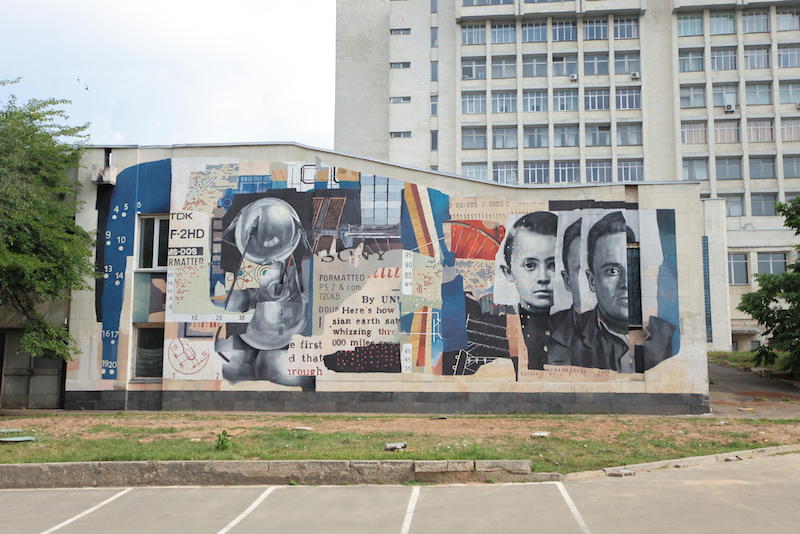 The Kyiv Polytechnic Institute invited street artist Marat Morik to illustrate one of the walls of the institute. Sometimes an artist needs to adapt his work to the environment where they are painted, not only the building, the wall or the surroundings in order to make the most of their piece.

In this particular painting, the artist was invited to paint in the wall of the Kyiv Polytechnic Institute, which most is about progressive and innovation but also the whole history that was made in this building. 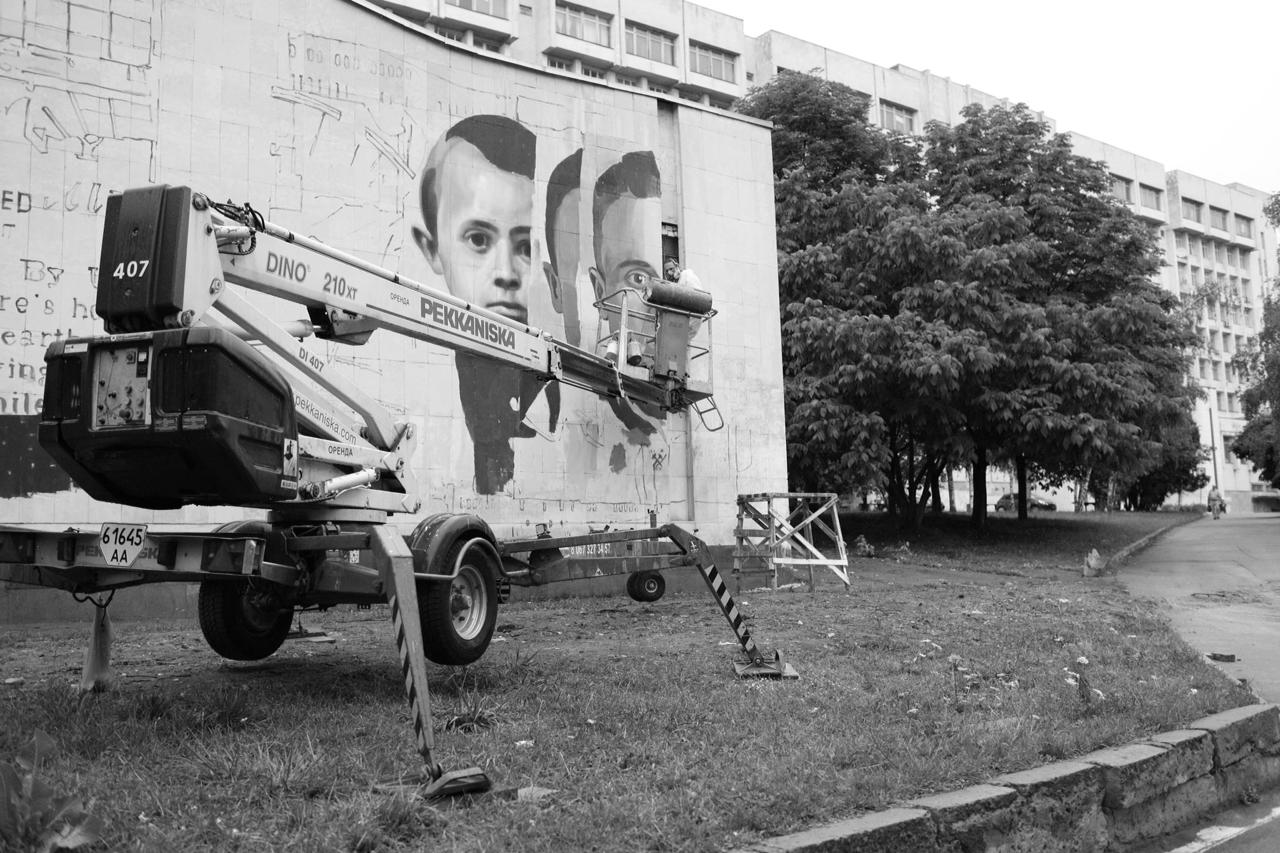 “There are the first and the modern satellites on the mural, wheels and a lot of other important inventions of humanity. They are, as a kit, collected in a single unit – visualization of development and growing up of technologies”, – Marat Morik 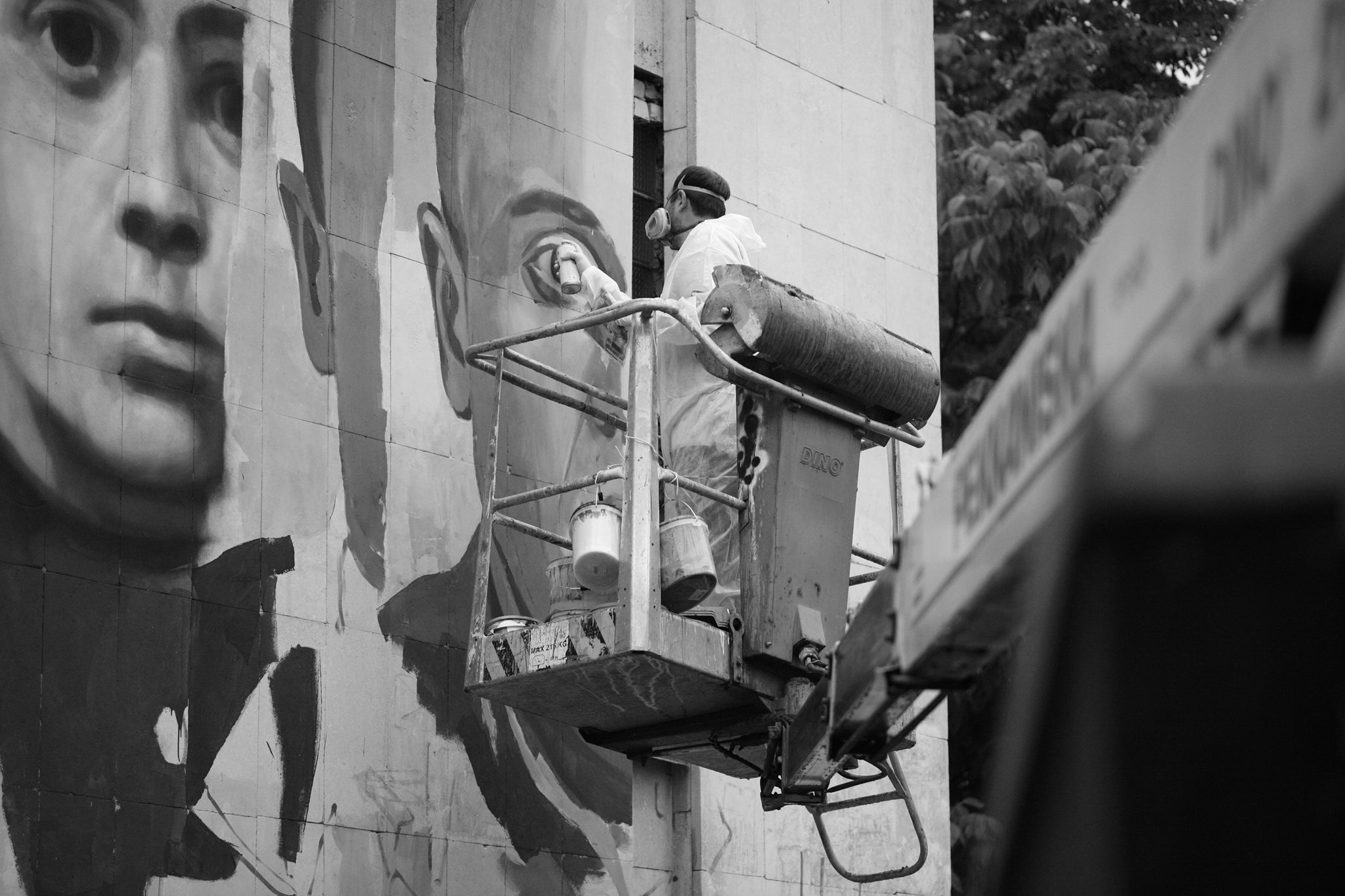 “It`s not the first time, when we work in partnership with Sky Art Foundation and help them to realize their art-projects. Last year we supported the creation of mural, titled “Large Explosion”, which located on the DK KPI, this year we helped to incarnate in reality their new idea with a big pleasure. We know about technologies evolution not from the rumors, so the theme of this mural is near us”, – Nikolay Palienko, CEO of EVO.company.

S. Korolyov is the hero pictured on Marat´s wall, he was one of the bright minds that studied in the Kyiv Polytechnic Institute,  in an image of him as a kid and as adult. 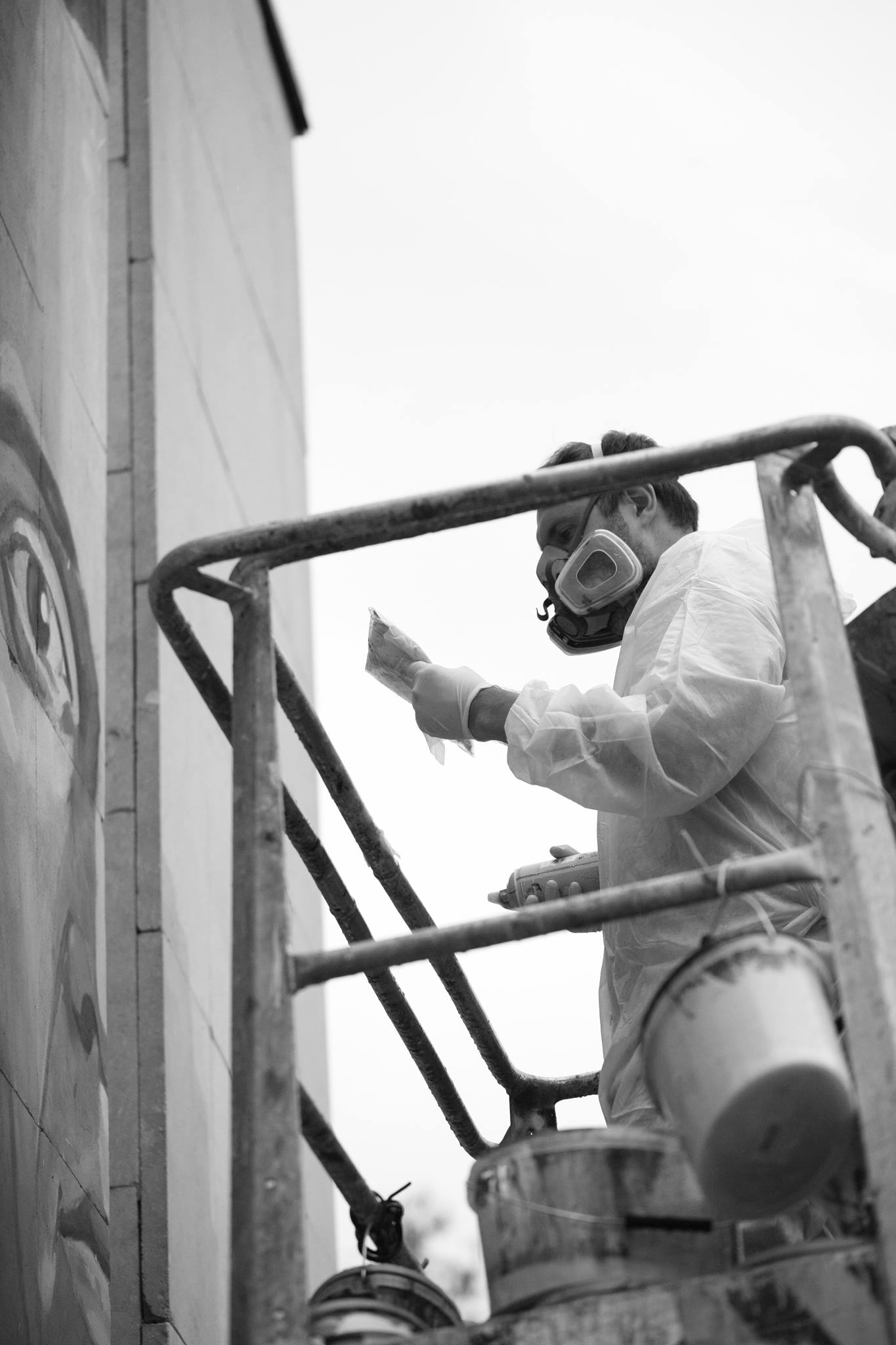