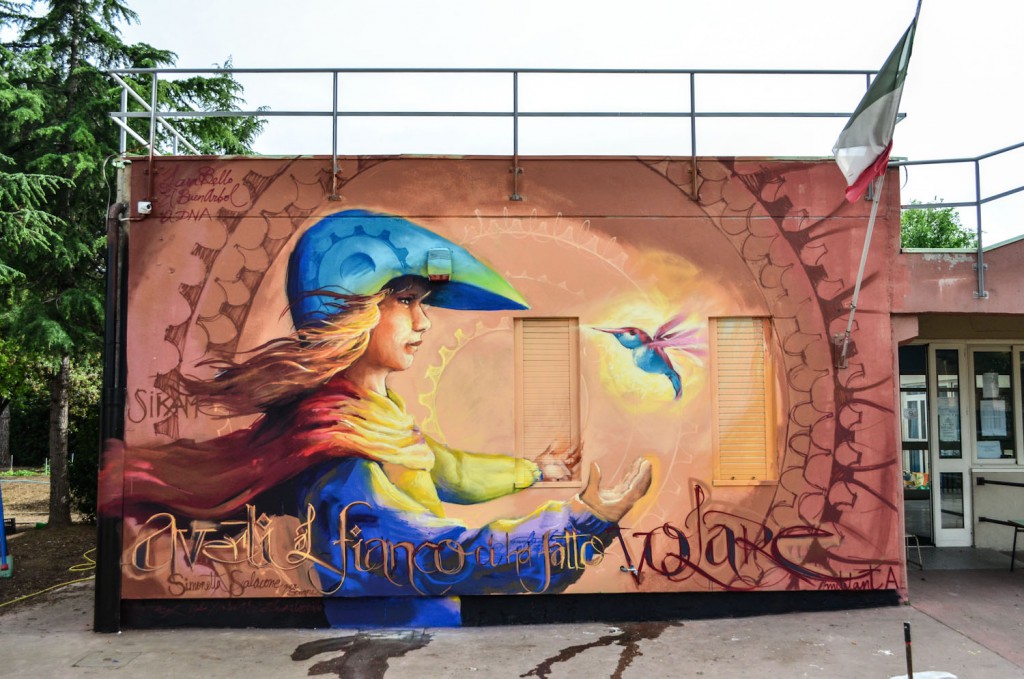 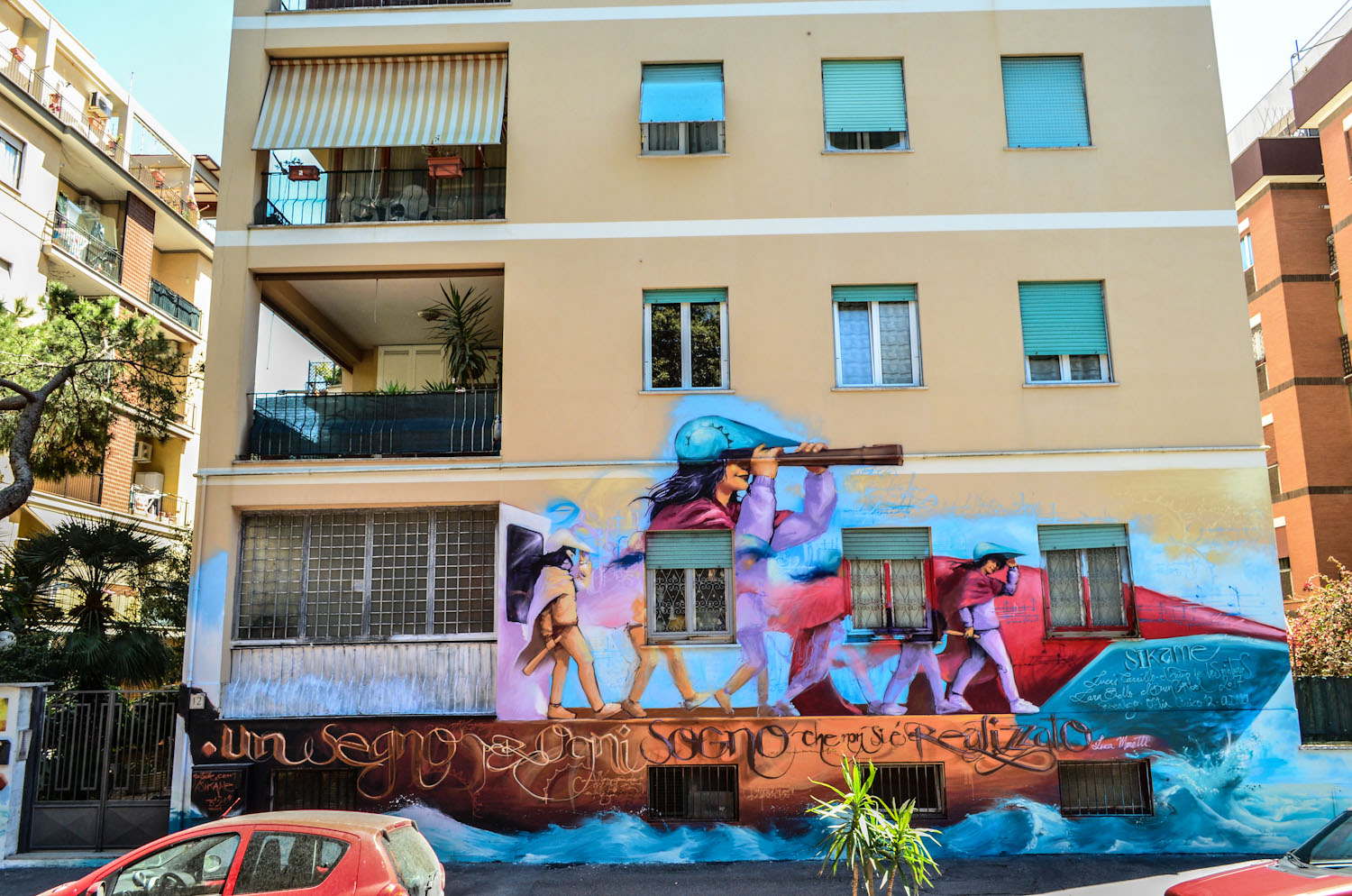 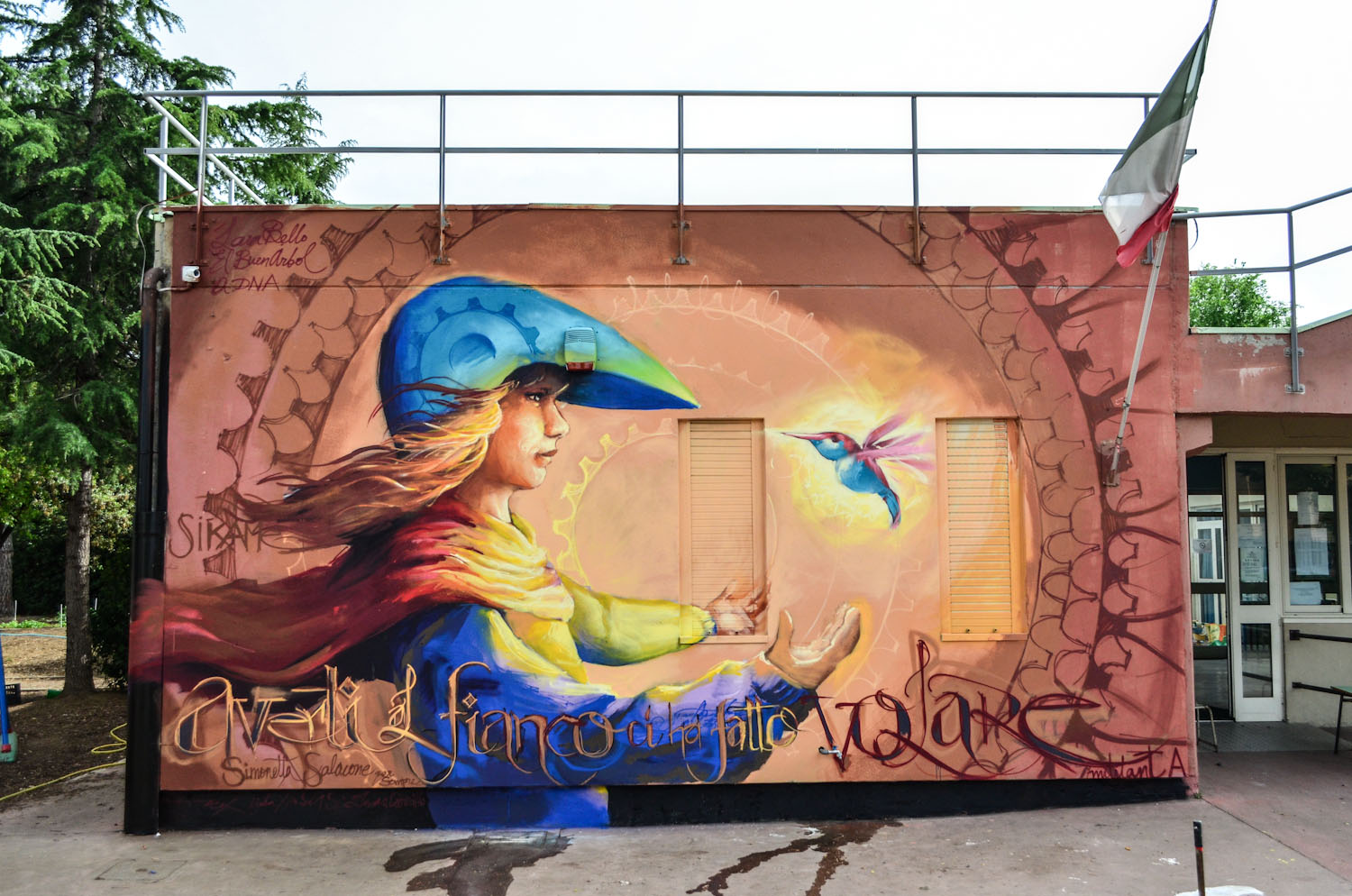 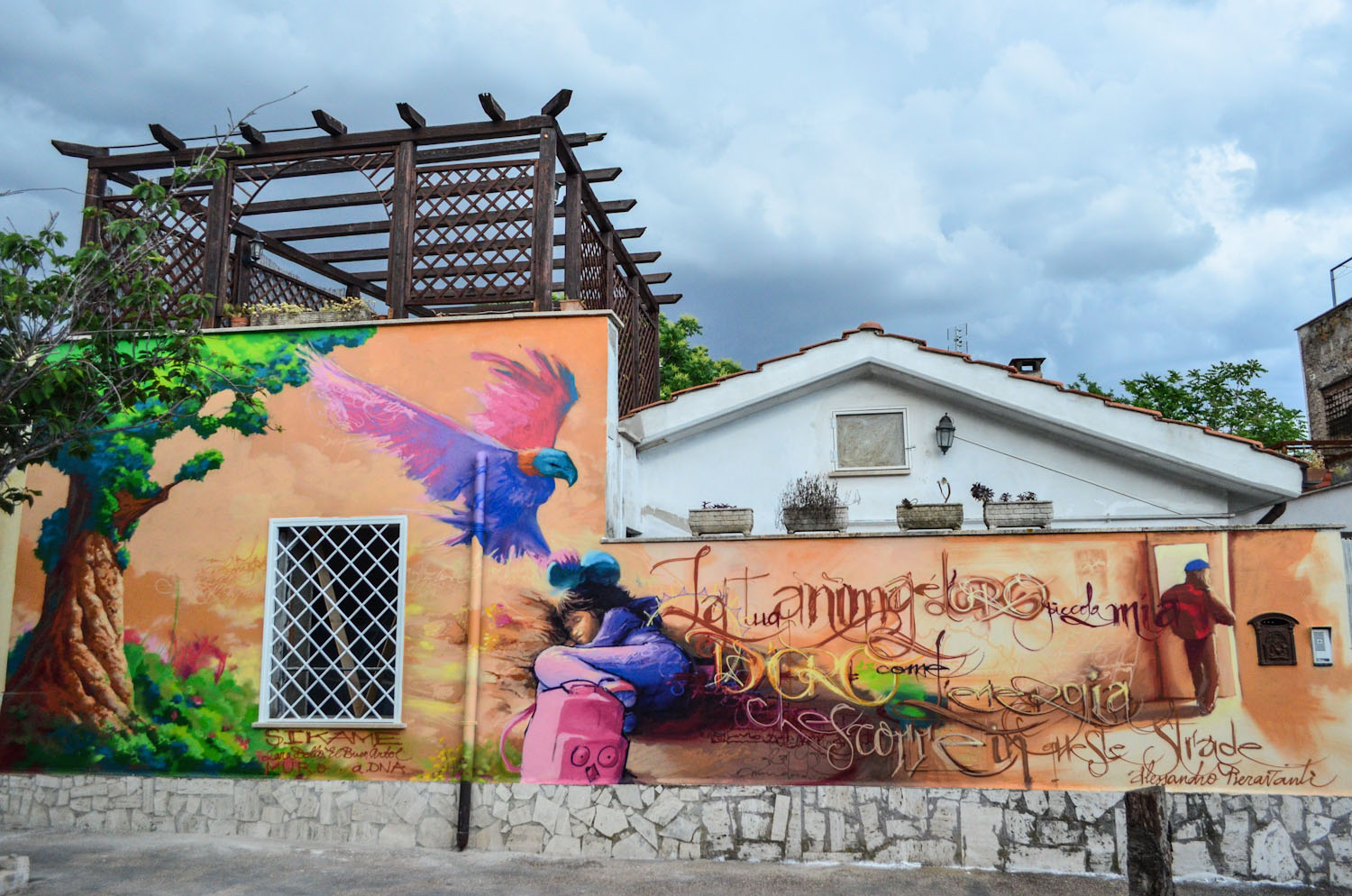 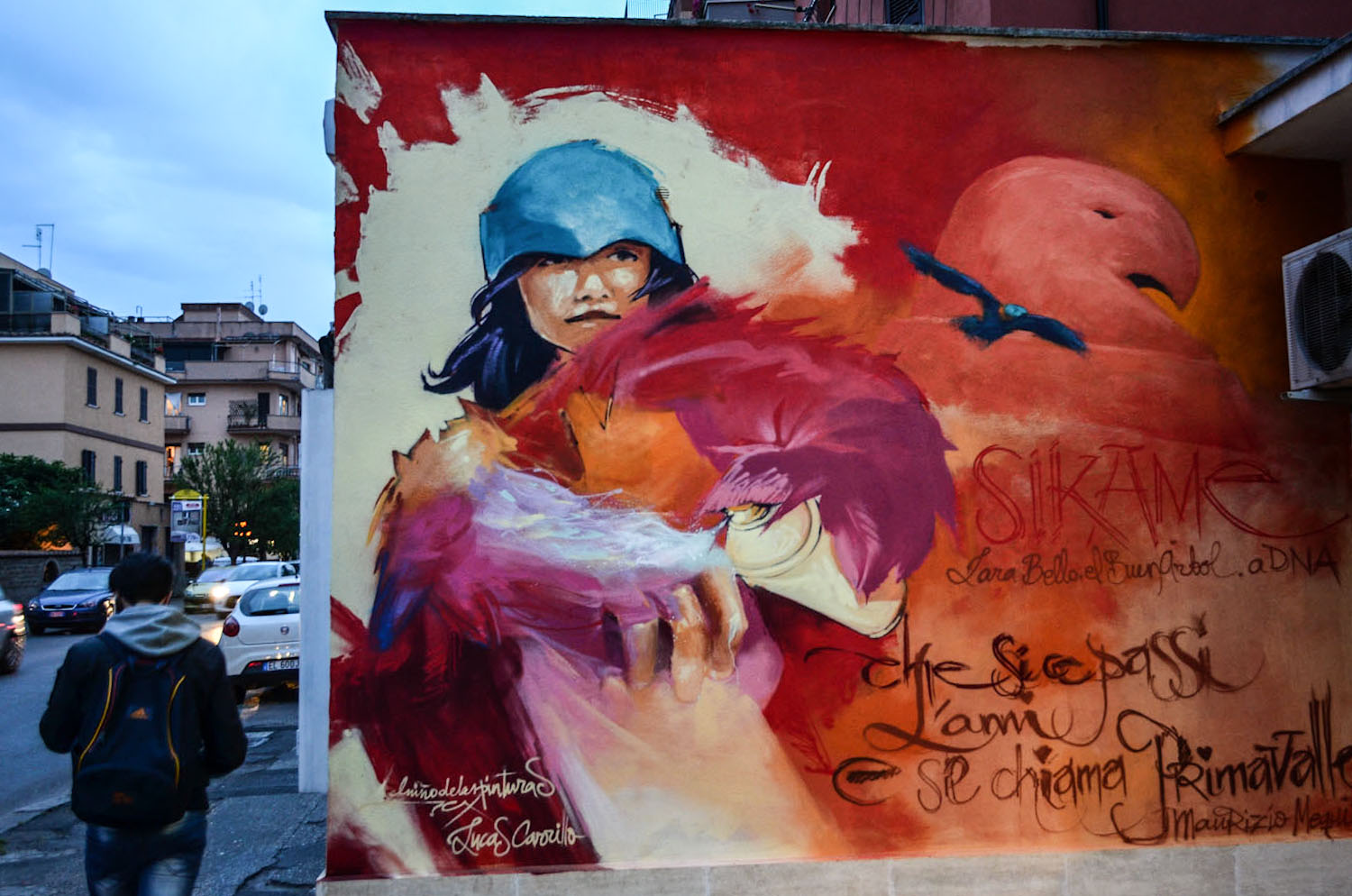 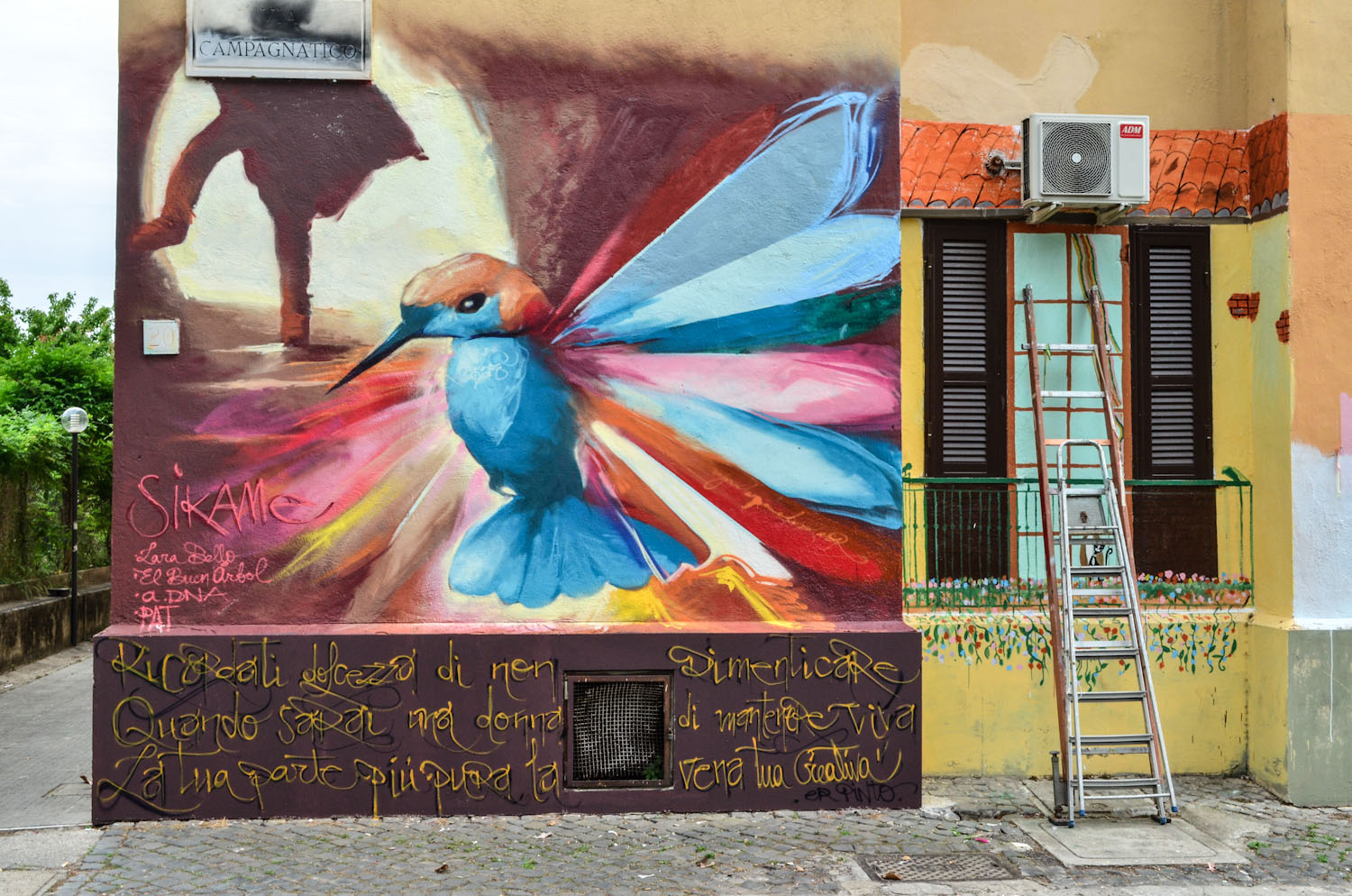 THE PROJECT: “Un segno per ogni sogno che non si è realizzato” (“A sign for every dream that has not been realized”) is the text written on the wall of Ostia in Capo Spartivento street (civic 12), the first of the five walls painted in Rome by El Nino De Las Pinturas and Lucas Carrillo from Granada (Spain), for the first time in the Capital invited by a.DNA Collective for “Urban Area – A Scena Aperta” 2017.

In fact, “Sikame” arrives in Rome from the coast of Ostia, to reach Villa De Sanctis, Primavalle, Trullo and Quadraro crossing the eternal city and meeting the inhabitants of five of its suburbs to hear their stories and at the same time to tell her one. Sikame is the main character of the first animated short film produced by two Spanish artists as “El Buen Arbol Studio” for the song of the Lara Bello, Granadinian singer-songwriter. 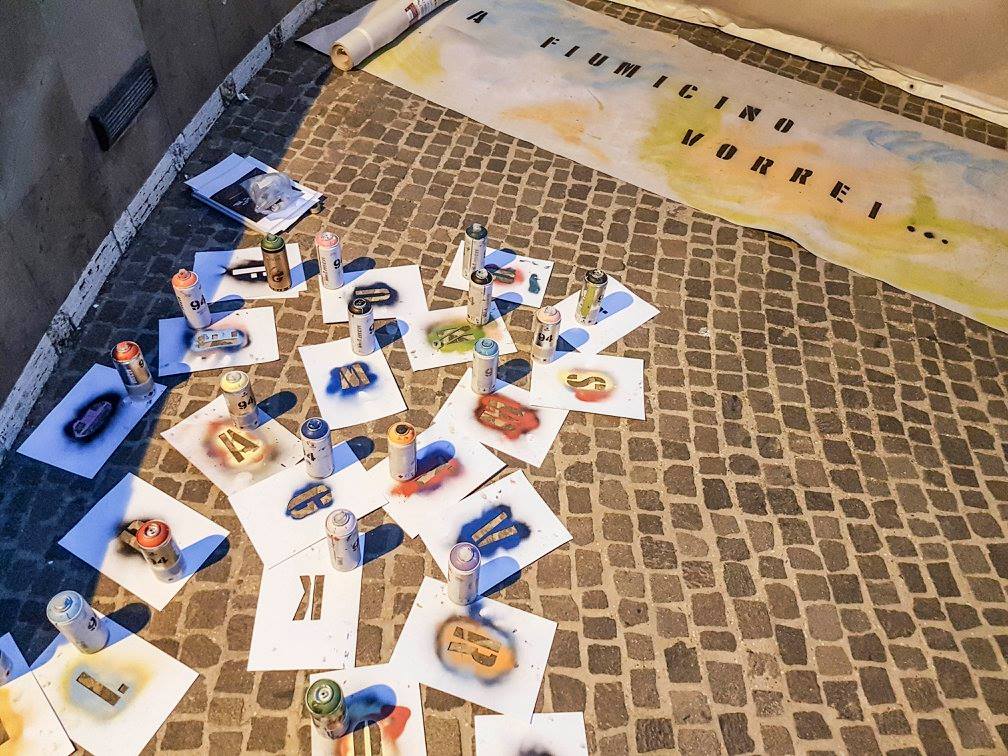 Interviewing with this invented character, five Roman authors tell their neighborhood, the township they are linked to, and that Sikame is also visiting, leaving the sign of its passage on one of the walls of the area thanks to its creators Raul Ruiz, in art El Nino de Las Pinturas, and Lucas Carrillo, following the idea and invitation by Mirko Pierri of a.DNA collective.

The Roman authors are Luca Moretti of the Terranullius collective and Territorio Narrante in Ostia, Militant A of the Assalti Frontali in Villa De Sanctis, Er Pinto in Trullo, Alessandro Pieravanti of Il Muro Del Canto in Quadraro and Maurizio Mequio (Poeta del Nulla) in Primavalle. 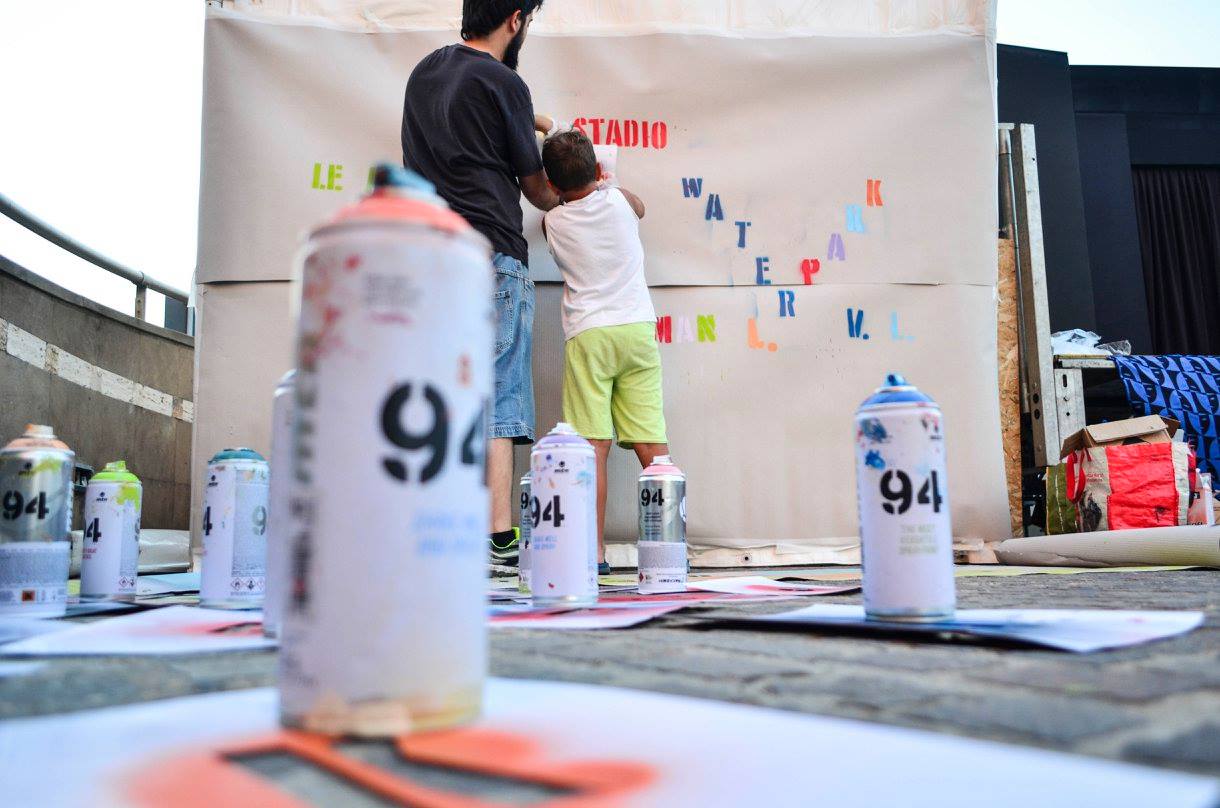 The idea developed by a.DNA collective has been concretized for the first time with a choral action of many local realities operating in the neighborhoods that now houses one of the five walls of this story that can be read across Rome thanks to: El Buen Arbol; Teatro del Lido; Capo Spartivento / Roncagli volunteers and Condominio civico 12; I. C. “Ferraironi” and Parent Committee; MURo – Museo Urban of Rome; Pittori Anonimi Trullo; Fusolab; Localmente. 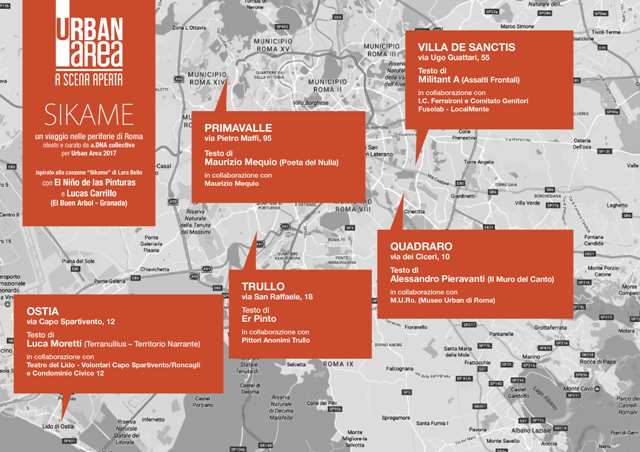 SIKAME Character inspired by the animation in the following video: