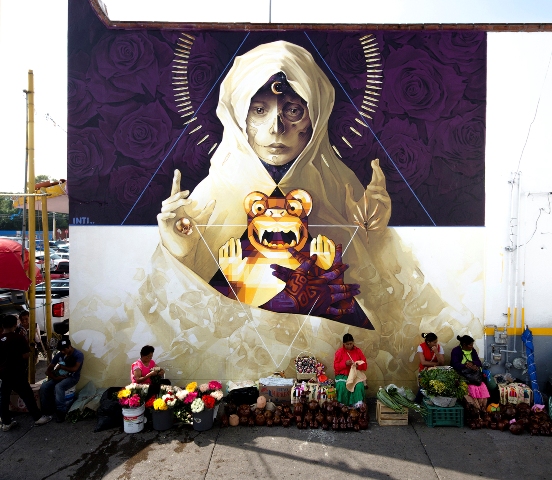 After some time painting walls outside South America, and in search of a return to his roots in America, INTI has created a series of 4 murals in 4 countries throughout Latin America. A trip looking to portray and learn from the small-profound details of cultural diversity. Confronting issues such as; the environmental impact caused by the exploitation of natural resources, and how the original culture of the continent still survives and merges with the imported culture from Europe. 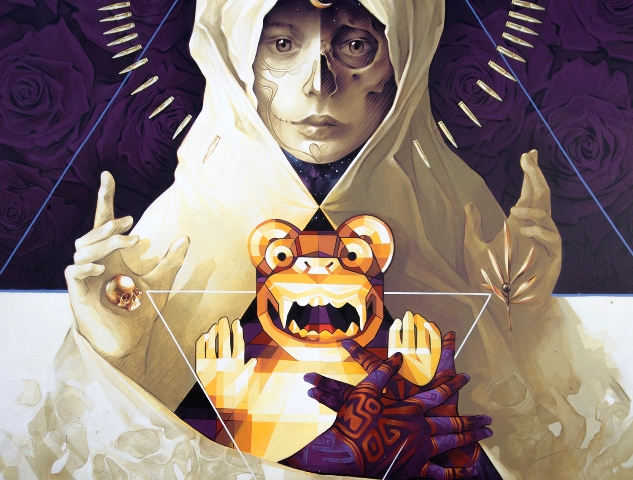 Mexican goddess of fertility, replaced by Maria during the European conquest of America. Although his process of syncretism enriched the current Latin American imaginary, it forced to camouflage deities prohibited under Catholic iconography, as the last sources to perpetuate their history and culture. 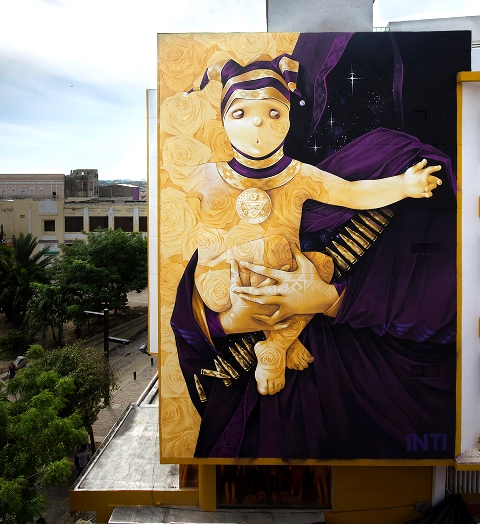 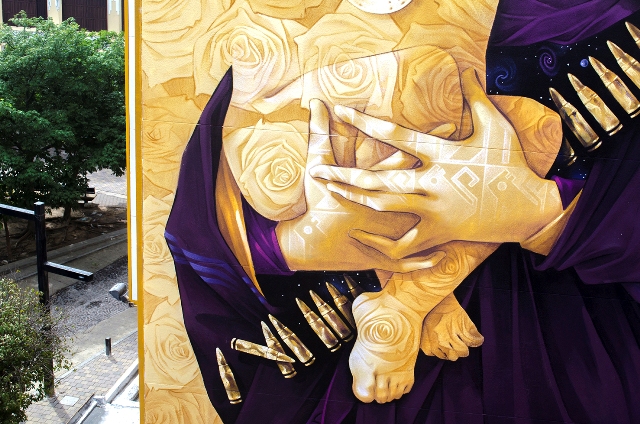 The cosmovision imported into America in the form of religion, today is deconstructed, exposing the base on which it was built. 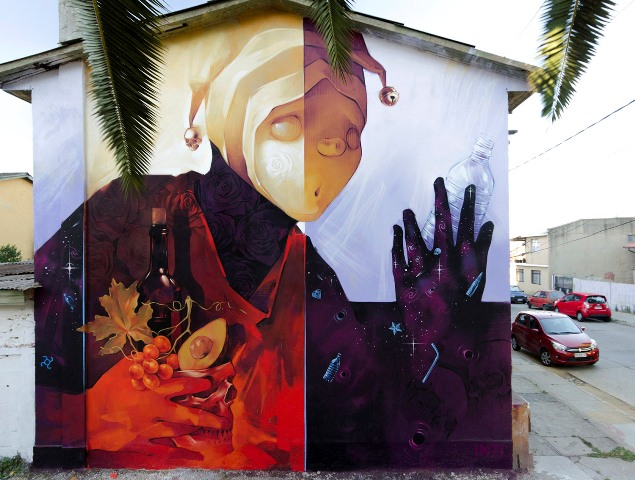 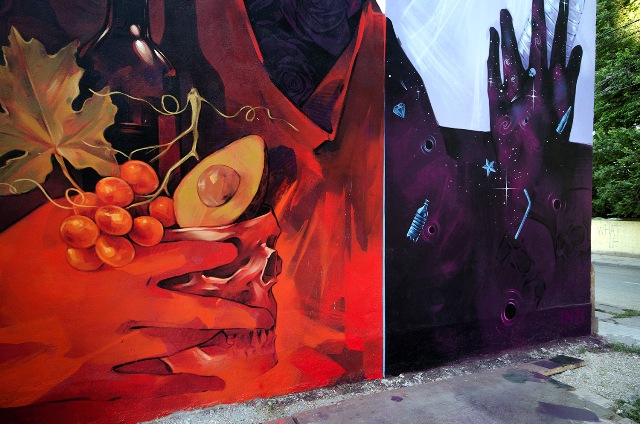 “The rulers of a country of the South who promises entry to the First World, a magical passport that will make us all rich and happy, should be prosecuted for fraud. Because this system of life that is offered as paradise, founded on the exploitation of our neighbor and in the annihilation of nature, is the one that is making us sick.” Eduardo Galeano. 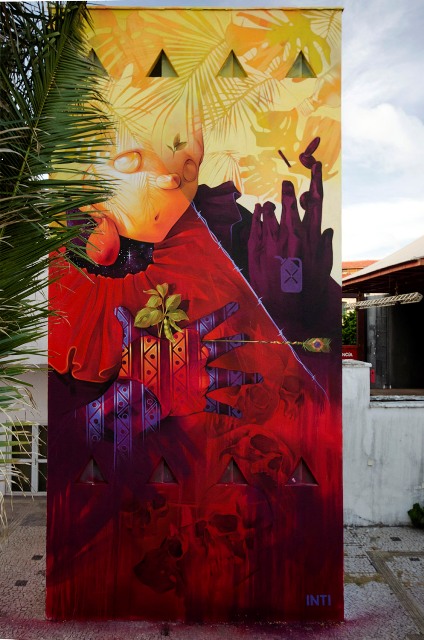 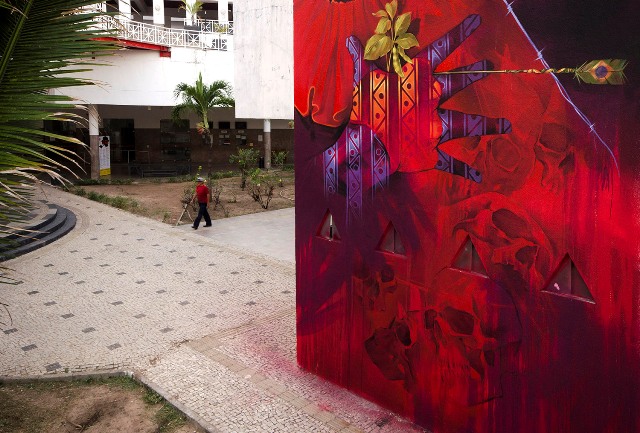