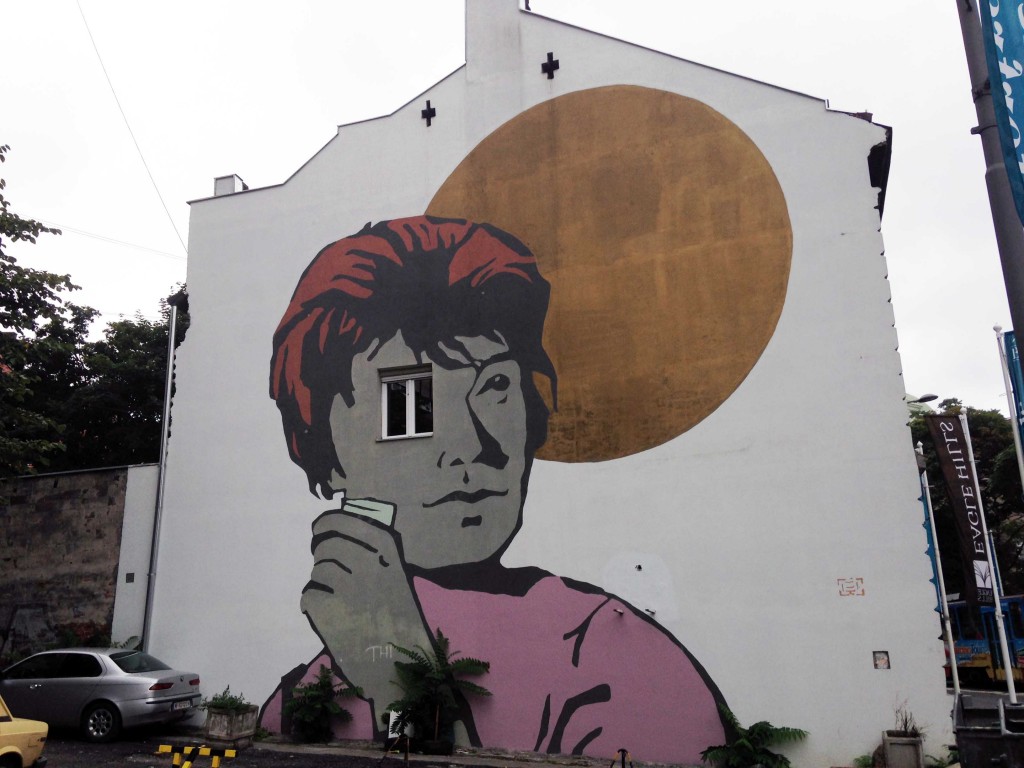 Aleksandar Maćašev is a Serbian artist and designer born in Bečej; he moved to Belgrade to study architecture and from 2008 he lives and works in New York. He doesn’t define himself as a street artist, as he mostly works in virtual art. When Mikser House, a popular club in Savamala hood, was browsing street artists to repaint the neighborhood, Aleksander was asked to imagine something for a wide, blank wall right at the entrance of Savamala.

The image that was selected is from a t-shirt that Aleksander designed in 2011, which in turn is based on a matchbox label he found in a book about vintage Hungarian matchboxes from the post-war Socialist times. It was a movie poster for ‘The Promised Land’ (Az ígéret földje, 1961) by Gyula Mészáros and it showed a young woman with a glass in her hand looking back at what appeared to be a town in a distance. Aleksander redrew the woman, removed the town and added the sun instead. 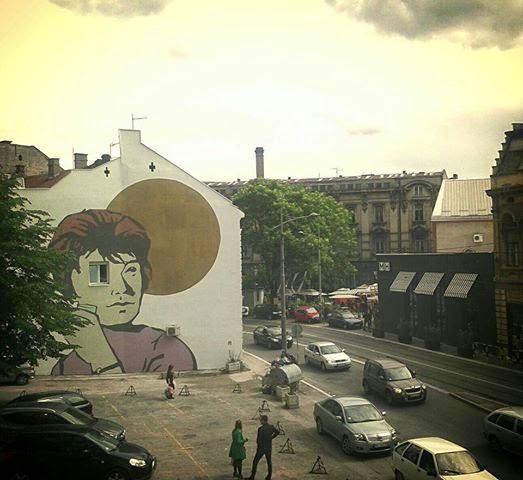 The mural is titled ‘Waiting for the Sun’, a reference to The Doors’ song.
I especially love the extra twist when someone from inside the building switch on the light, making the woman give us a wink.

Link to the interview of Aleksander Masacev (as well as to two more street artists who repainted the Savamala hood): http://www.blocal-travel.com/balkans/savamala-street-art-html/