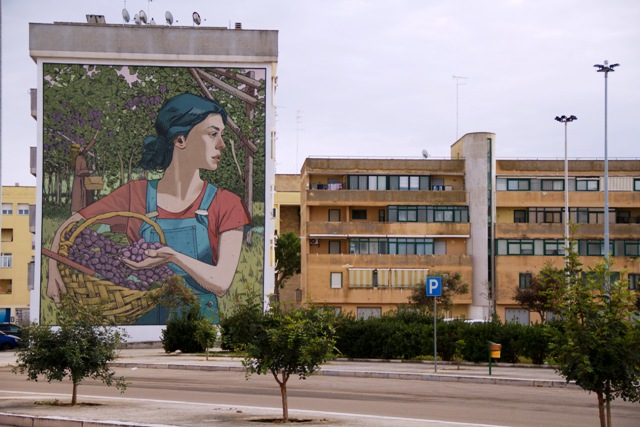 The second edition of the 167 Art Project has just finished. It dedicated two weeks to street art in the heart of the 167B district of Lecce and the football stadium area. Colors, monumental works, new and dynamic senses of the spaces shared by the inhabitants of the neighbourhood have marked all of the intervention days. The buildings and their facades have been re-formulated, re-considered as a blank canvas on which to intervene with the creativity and attitude of involved artists. Guests and protagonists of this edition were Dimitris Taxis from Athene and Sabotaje Al Montaje from the Canary Islands. They have made composite plots by creating works driven from a careful sociological reading of the place and the surrounding reality – TERRA e MARE. 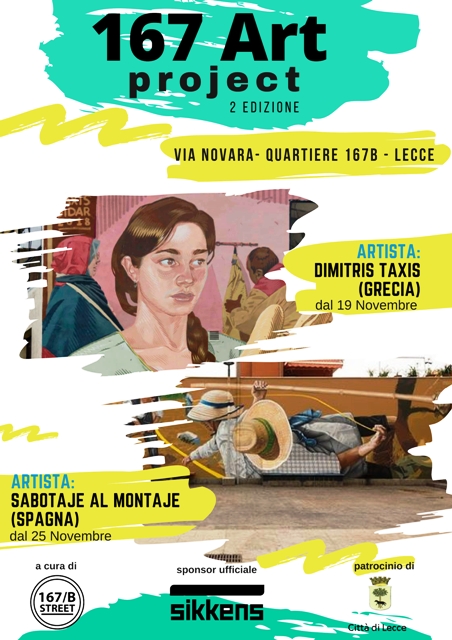 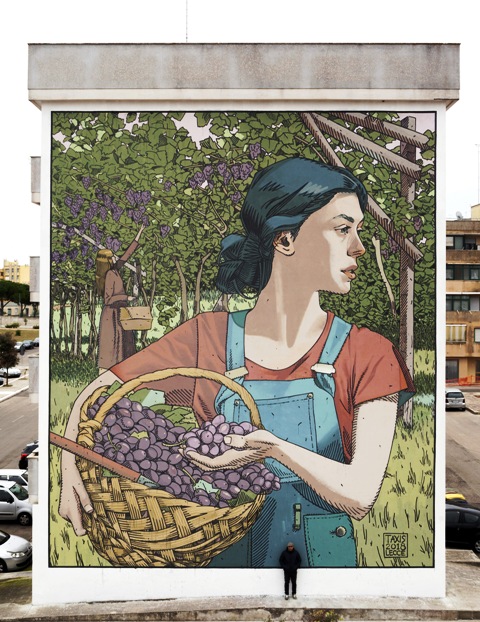 Dimitris Taxis through his mural described the moment of grape harvesting in a representative “frame”. “Viktoria”, the title of his work, an almost romantic image with warm and delicate tones presents a woman in the action of picking grapes at the center of a Salentine landscape during the harvest. A timeless synthesis that shows, at a glance, the relationship of exchange between man and his environment, inspiring the viewer to enrich the sense of identification with the land, the sense of love to their land and enforcing care for it. 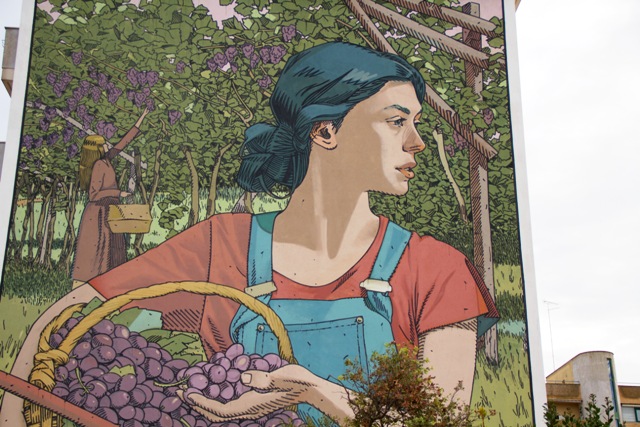 Sabotaje Al Montaje, the artist who has lived all his life on the Canarian Sea is particularly sensitive to the environmental issues. On the wall, created in Lecce, he focused on the problem of water pollution. The monumental representation of a man watching his fish highlights the presence of plastic caps caught by the sea instead of fishes. Once again, sensitivity to the traditions, to the activity of fishing, and the link with the place, the sea, became artistic pathway to critically express the conflicting dynamics of nowadays. 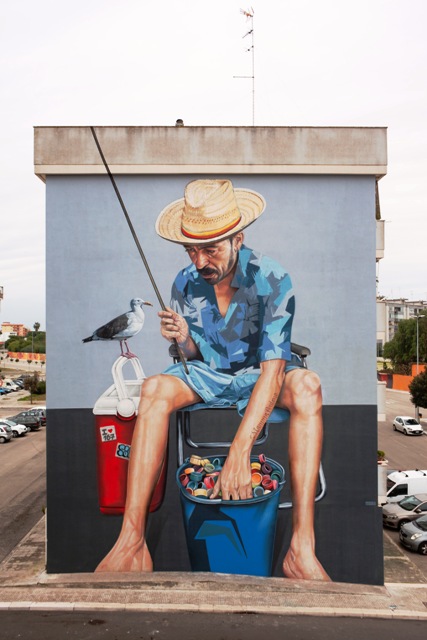 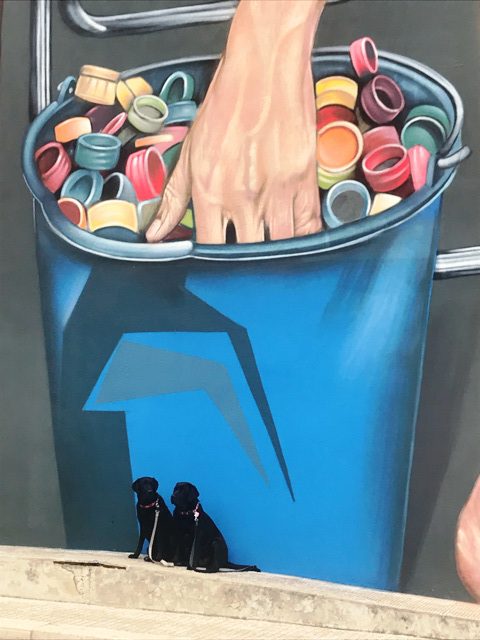 Farhan Siki, an internationally renowned Indonesian artist, started his “works” with a surprising visit in Salento. Already for the third time, he will leave an indelible mark on the walls of the 167 district. He is creating an abstract painting, similar to a plot of alphabets that mix and overlap, allude to the beauty of the contamination of languages. 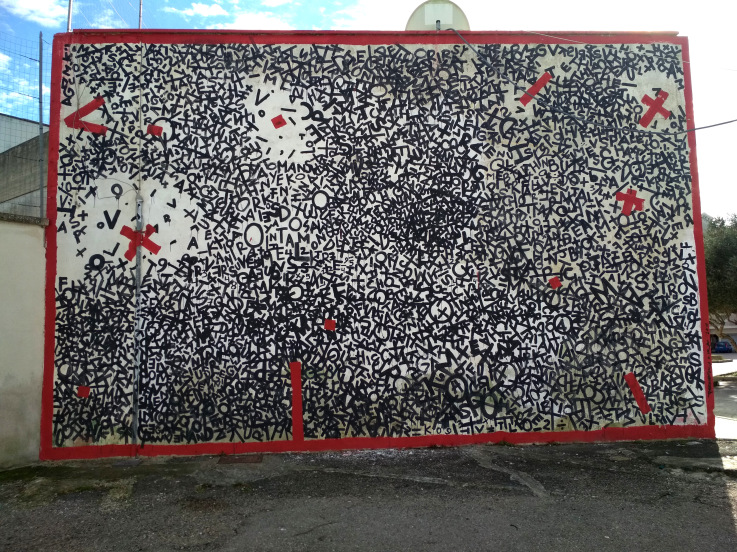 The project, thanks to the success and the warm welcome in the previous year’s edition, is located in a line of continuity and strong self-determination of the community in this area. Moreover, this second edition was strongly desired by the parish community San Giovanni Battista, in particular Don Gerardo. The community of the district has entrusted and requested the intervention and the artistic direction to 167B street, urban art laboratory, directed by Ania Kitlas and CHEKOS ART. Project was realized thanks to the sponsor of colors Sikkens Italia and thanks to cooperation with Colori e Sistemi Lecce.