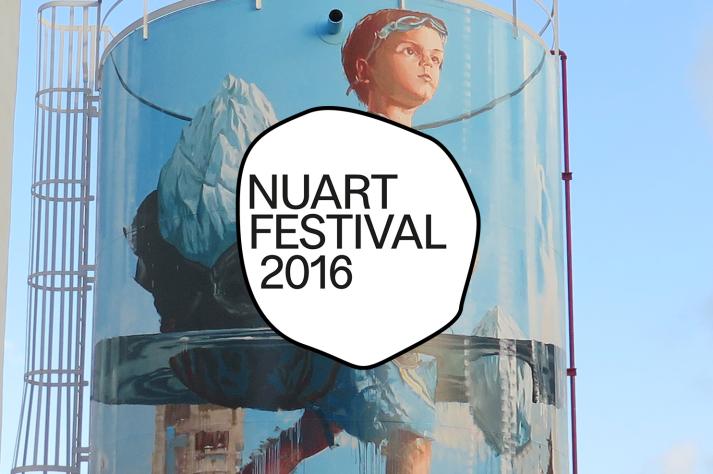 Nuart isn’t just about the production of large-scale murals in the streets of Stavanger and the set up of a final exhibition in a former brewery (covered). The festival is also home to “Nuart Plus”, a series of panel debates, all curated by Martyn Reed and hosted by Eirik Sjaholm Knudsen, where some of the world leading artists, academics and industry professionals discuss the state of street art.

But perhaps the most debated topic during Nuart 2016 was whether we need a new term to refer to works and artists informed by and thematically linked to street art, as well as to studio practice-based street artists.

In fact, since when the term “Post-Street Art” has been introduced during the Thursday night’s Fight Club -the legendary event that kicks off Nuart Plus- both artists and academics repeatedly brought up the subject, taking the side of either Juxtapoz’s Evan Pricco, who championed the expression together with Robert Montgomery and Jeff Gillette, or Carlo McCormick, who spoke against the need for such term with additional arguments by Pedro Soares Neves and Christian Omodeo.
Some artists who were sipping a beer in the audience felt the urge to participate in the debate, such as Jaune: (“When I’m working patiently from my studio I make art, when I’m in the streets I’m making street art: I arrive, I look at the wall, and I make up something at the moment”) and Fintan Magee, who stressed that labels are good for nothing, as the whole point of street art is being outside from the art establishment but, as soon as we label it, it becomes part of the establishment. Which is more or less as I saw it at the beginning of the Nuart Plus week: labels are tricky and, as soon as there is a label, whatever we are trying to label would be a thing of the past.

Anyway, while the Post-Street Art debate kept lingering in Stavanger, Nuart’s guests discussed the theme of Utopia: from More’s definition of imagining a better world to the pivotal role of the arts in creating such utopian spaces by reimagining and remaking of everyday life in the city. Reporting from the academic perspective, Professor David Pinder stated that taking the city back is our right and pointed out how everyone can participate in making art by showing pictures of political graffiti in Paris dated 1968. Kennardphillipps –instead- stood for the artists’ perspective, recognising that the essence of Utopia is in the action of struggling, as there will always be something to critique and fight against to create a better world. 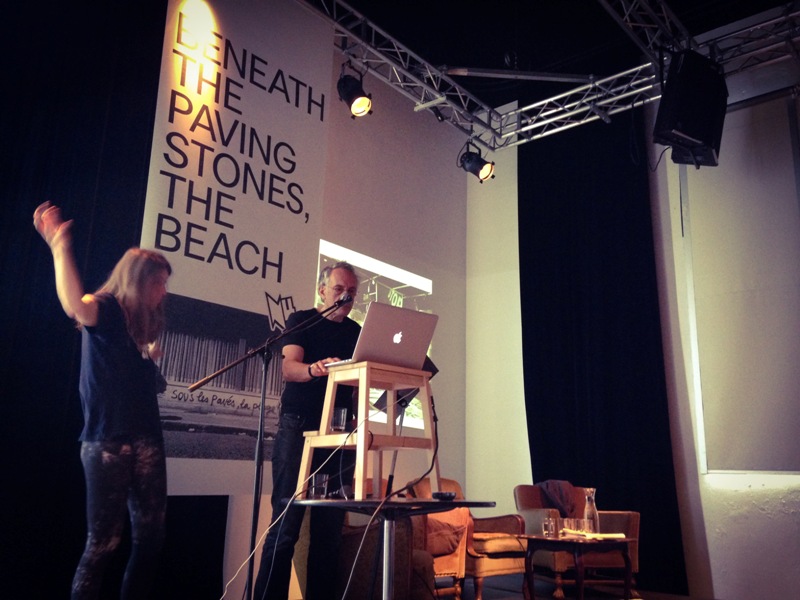 Later in the afternoon, the debate shifted towards Henri Lefebvre’s conceptualisation on the ‘Right to the City.’ Have we lost our right to the city, as implied by Peter Bengtsen with the example of the demolition of Copenhagen’s underground venue “Ground 69” despite citizens’ complaints? Is our right to the city universal, such as the primitive human need of leaving traces that –according to Pedro Soares Neves- had inspired graffiti and street art? And does gender affects our right to the city? (It definitely does, as shown by Emma Arnold, who happens to be the only woman invited to speak at Nuart Plus).

Pop culture critic Carlo McCormick opened the second day of Nuart Plus by reading the first Dada Manifesto and introducing the topic of life as an act of destruction. From Man Ray to Marcel Duchamp, he lectured about contemporary art that, like street art and like the Dada movement before that, seeks to destroy the boundaries between art and everyday life. 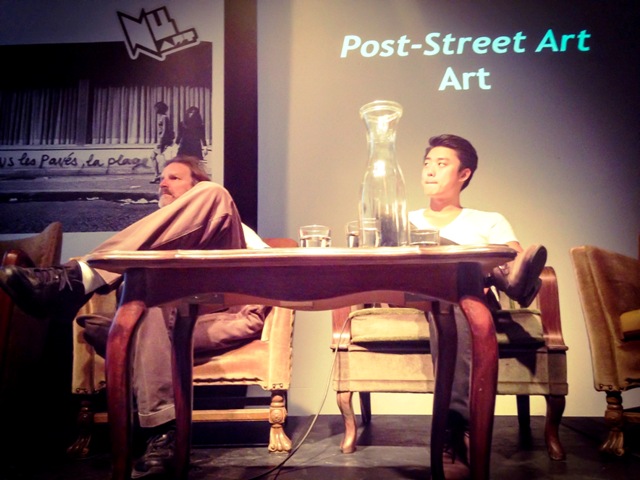 Later on artists Jeff Gillette and Henrik Uldalen joined Evan Pricco on the stage to discuss the topic of “Post-Street Art”. Jeff, who considers himself a painter, does street art where nobody is passing by, such us in the middle of the Californian desert. “My art is street art because it is out there, it’s public. But it is also performance art, it’s a photo, it’s a video, and it’s a painting.” Henrik Uldalen, whose mural in Stavanger is the second wall he had ever painted, said that he works on the same themes both in the studio and in the street so, for him, the only difference is that he can reach a broader audience through street art. As I see it, even if he deals with the same topics and draws inspiration from the same place, the medium ends up to be so different that public art and studio-based production should be considered two distinct things, which are supposed to be experienced in a completely different way. So perhaps, at this point of the week, I was becoming a supporter of the “Post-Street Art” label.

The last keynote speech was by Christian Omodeo, the curator of the controversial exhibition “Banksy & Co.” in Bologna. He spoke about the need to preserve street art and whether or not we should move street art into museums. From a technical point of view, the operation that was made to preserve BLU’s murals is highly innovative, but it’s even more uncommon the idea of applying conservation principles to urban art, which is created without the intention of being preserved.

His provocations were left unanswered, and they quickly faded into the enduring question “Is graffiti art?” What is sure is that street art as we knew it -a different way of approaching, distributing and making art- evolved into something else, something that can exist not only away from the street, but also within institutional settings such as art galleries and museums.

Personally, I like ‘legal’ walls for allowing the artists to be paid for their job and for bringing to life huge masterpieces, which would be impossible to paint without lifts, scaffoldings, sponsored spray-cans and that light-hearted attitude coming from being in possession of all the required permissions. Which, as I’m forced to admit right now, makes me officially part of the pro “Post-Street Art” team.

Nuart Plus panels are recorded and available on the festival website

More pics from Nuart Festival here.
Text and photos by our on the spot representative Giulia Blocal from www.blocal-travel.com