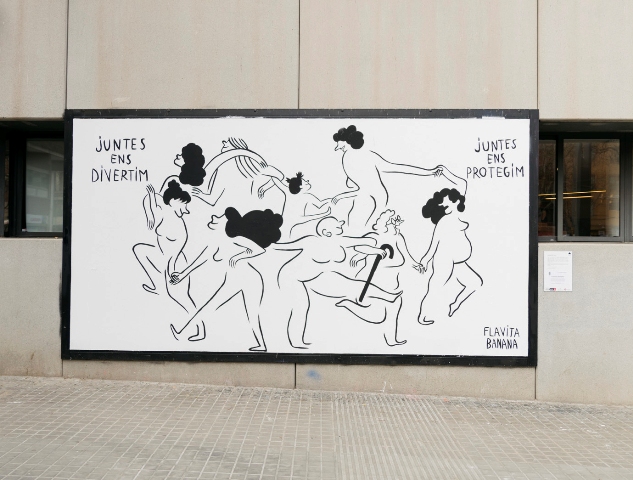 The illustrator Flavita Banana has taken part in the 12+1 project of the foundation Contorno Urbano with her artwork “Juntes sumem”* in the façade of Cotxeres Borrell culture equipment.Barcelona, 13th March 2019

Flavita Banana has intervened the wall of the Civic Center Cotxeres Borrell with a feminist artwork and her unmistakable black stroke. The artist presents us a “Ring around a rosy” full of women, a kind expression of the harsh reality. At any time and situation, women have to be in alert and united. We have to protect and help each other; unfortunately, also when we’re having fun. But, above all, we have to remember that we are stronger together. 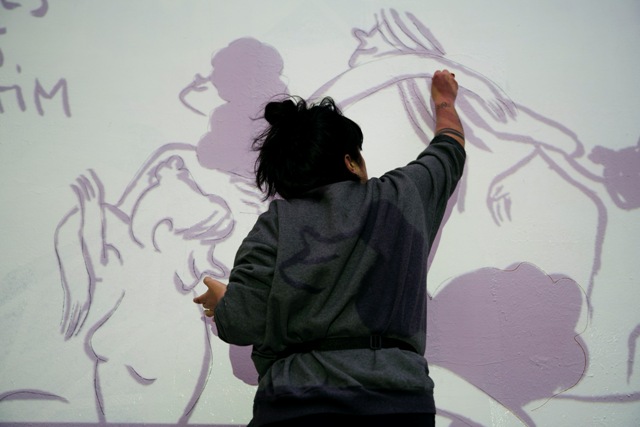 Flavita Banana (Flavia Álvarez-Pedrosa) was born in 1987. She studied Arts and Design and the Enlightenment grade, both at the Escola Massana in Barcelona, while trying all imaginable jobs. When she was 26 and after surrendering to any other style, he began to draw cartoons of humor, with a simple line and the humor of those who no longer expect anything. At 29 he was able to leave the office life thanks to collaborations in S Moda, “Orgullo y satisfacción”, Mongolia magazine and El País. She has published the books Curvy (Lumen, 2016) as an illustrator, and Las Cosas del Querer (Lumen, 2017), Archivos Estelares (¡Caramba!, 2017) and Archivos Cósmicos (¡Caramba!, 2019) as an author. In 2018 she received the Gat Perich prize for graphic humor. Her work has been described as sad humor, a mixture of costumbrismo and absurdity. 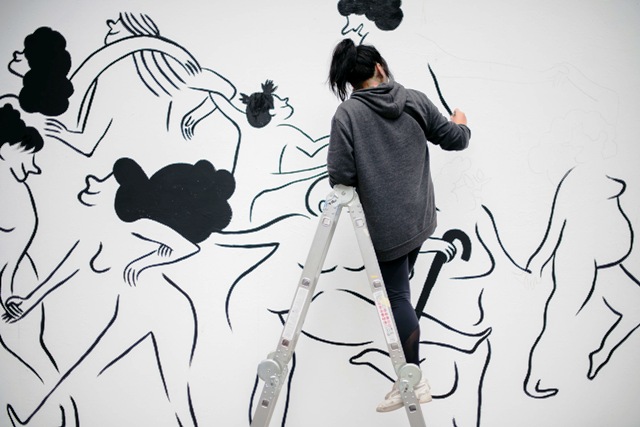 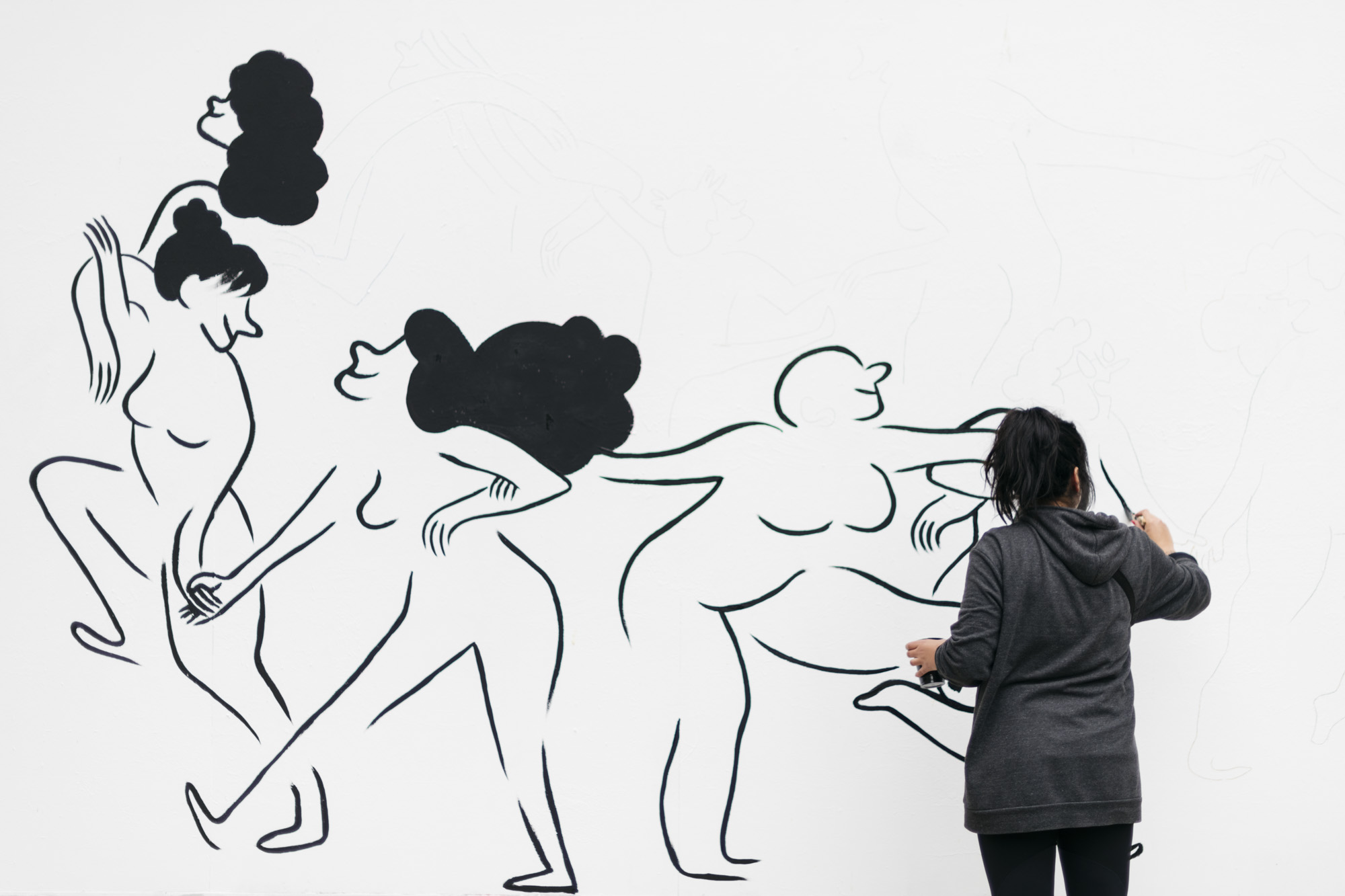 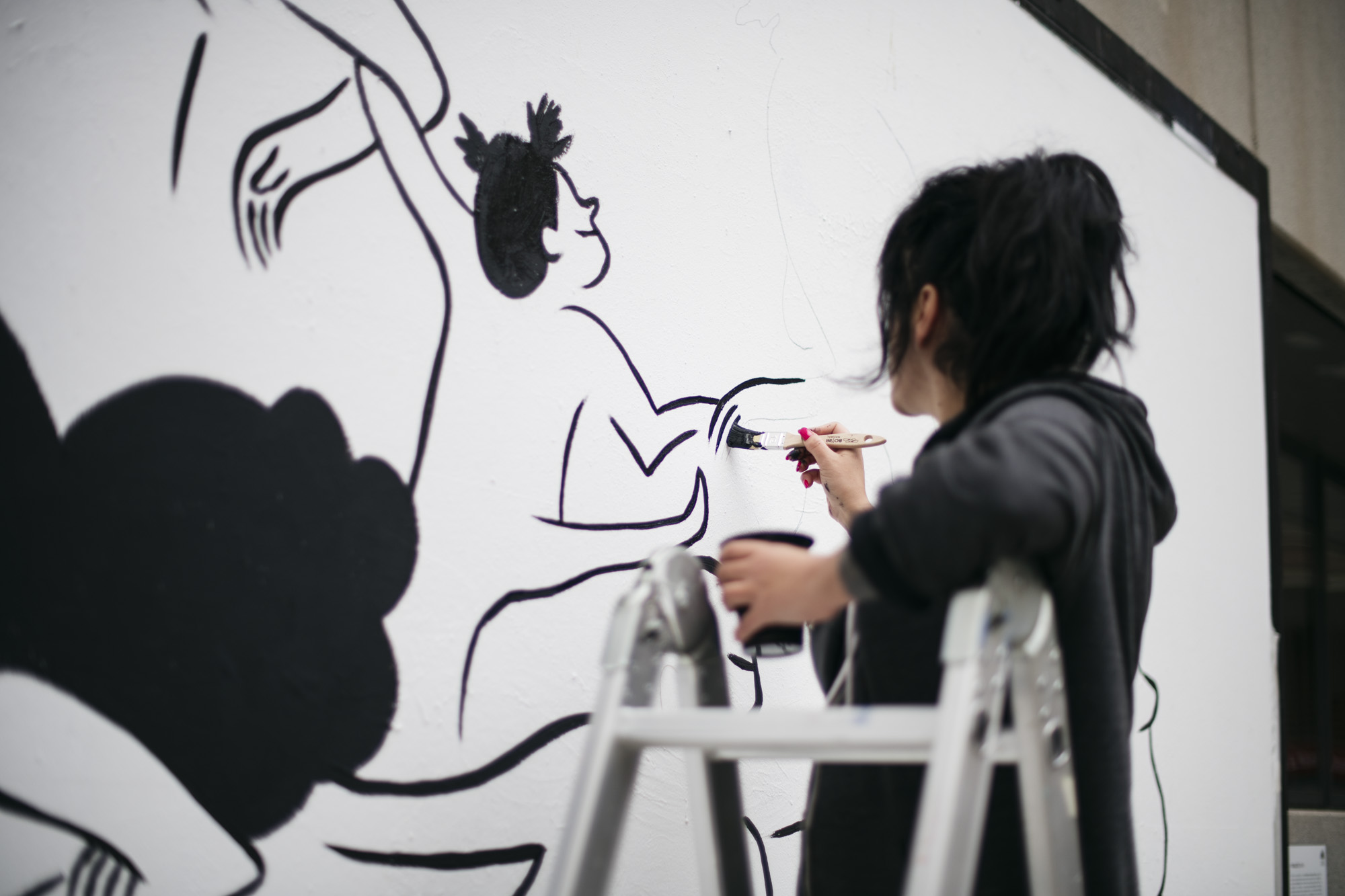