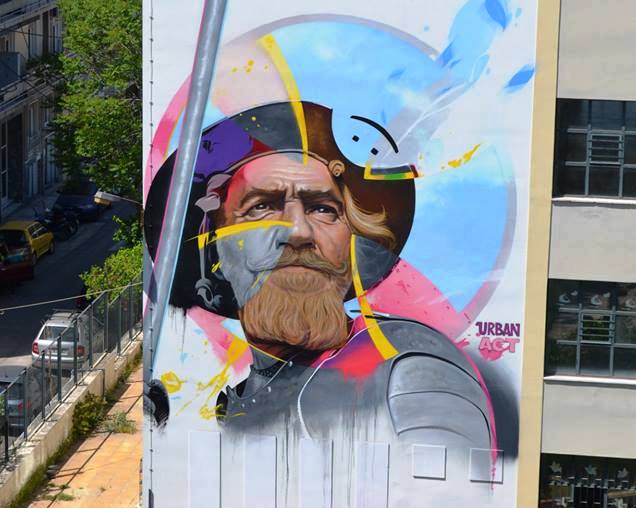 Urbanact invited Spanish artist Manomatic for the project “School Mural Programme- Bookmurals” which has been inserted in the “Athens 2018 World Book Capital”.

Urbanact will implement the action of murals in five schools at the center of Athens. This is the first one!

The project is part of the “Athens 2018 World Book Capital“, an international distinction received by the Municipality of Athens and city of Athens from UNESCO, for one year from 23 of April 2018 till 22 of April 2019.

The programme involves the implementation of a large mural in each school with the participation of Greek and foreign artists from the urban street art scene. The thematic is the book and each participated artist is invited to inspired by a poet or writer he or she likes.

The first mural is already done by artist Manomatic, int the 52nd Primary school of Athens, under the support of Institute Cervantes de Atenas and under the auspices of the Greek National Committee for UNESCO.