So in the words of the artist, LAPIZ, describes to us his experience:

”Last week, I had the great privilege to be painting during the G20 summit, just meters away from Hamburg’s conference center in the Karoviertel. The shop owners of Goldmarie-shop had asked me to paint a tarp that was going to be installed in front of the shop to protect the shop-windows. The next day I painted the boarded-up windows of the Goldig shop. For both, the idea was to paint something positive (still sneaking in some subtle anti-G20 critique) and show that protests can also be peaceful.” 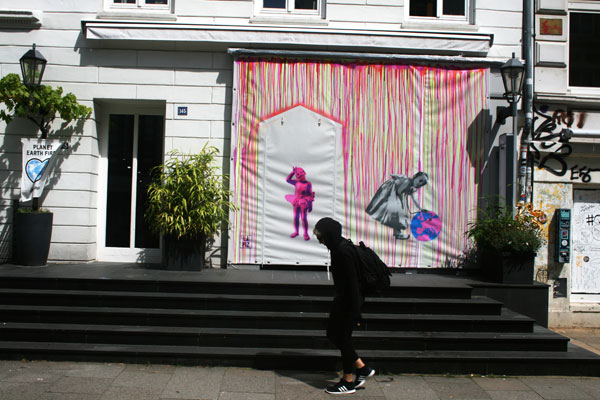 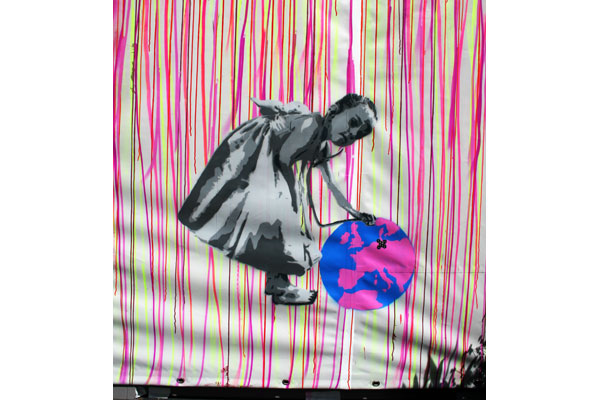 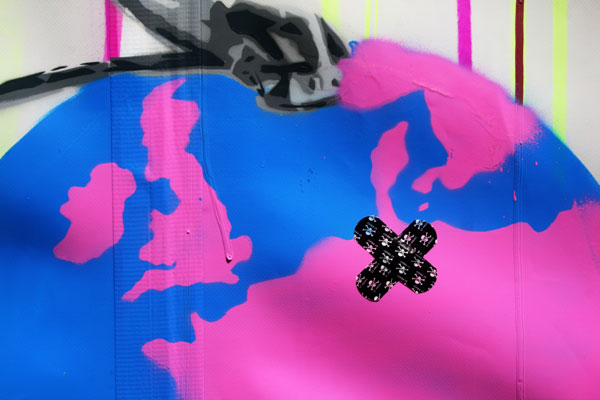 ”This truly was one of the greatest paint experiences in my career: great spots, lovely people, even a personal DJ (NappyG) from Brooklyn, New York and: protesting by enjoying a sunny day and bbqing with the neighbors in the vicinity of a heavy-armed police force on one side and ‘adventurous tourists’ on the other.” 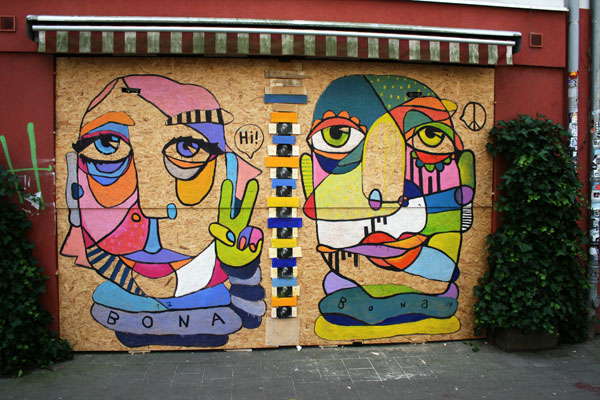 Lapiz also mentioned his friend Bona to the world who is painting big walls on the streets. Both artist works and efforts to protest peacefully have been featured on National Television, Deutschland Funk Kultur (radio) as well as in the Frankfurter Allgemeine Zeitung (FAZ). 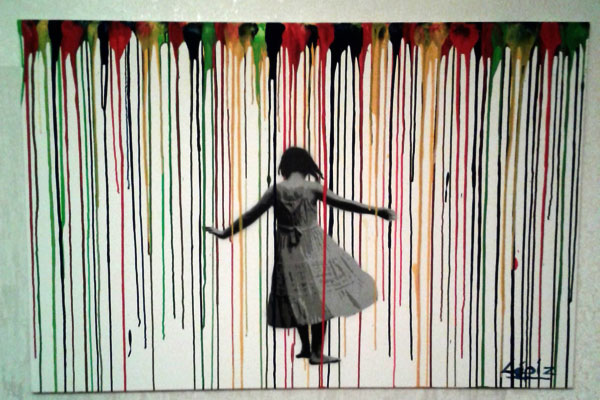