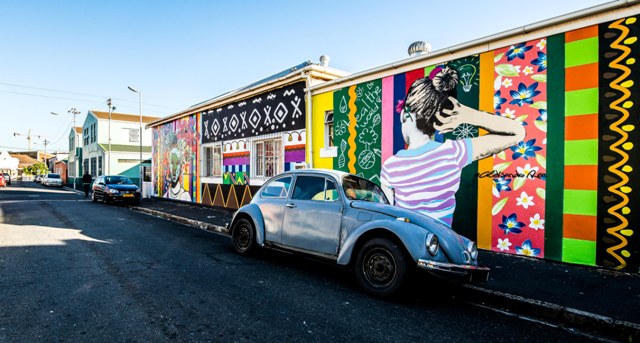 IPAF 2019 – The International Public Art Festival in Cape Town, South Africa, gathered around 23 local and international street artists to create public art pieces that inspire thought and provoke action under a specific theme. Many of the murals have a strong message.

This year’s IPAF theme was: “Generation Next: Educate, Collaborate, Empower”, which focuses on the future and the responsibility of present and successive generations to create a better world for all. It took place 9th – 17th February in Salt River. Here you may take a glimpse at the amazing creativity that was deposited. 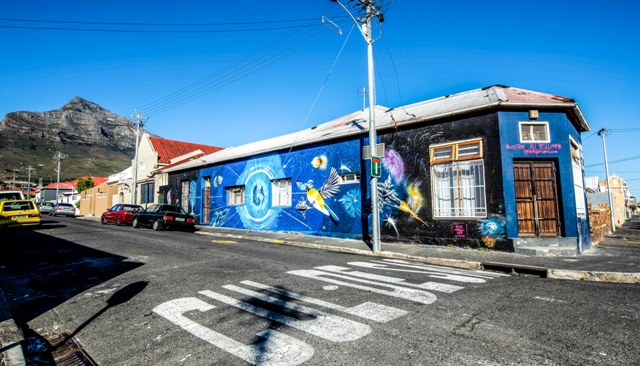 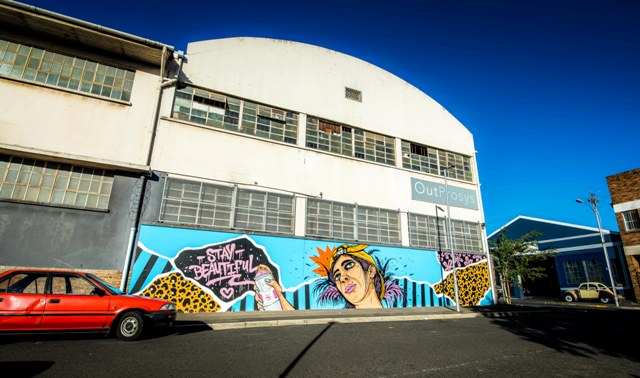 The final line up included artists from Spain, France, Mexico, Germany, Brazil and the United States alongside some wave making local artists from South Africa. 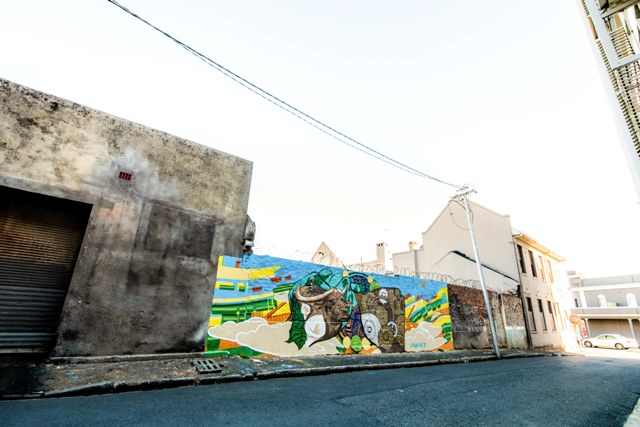 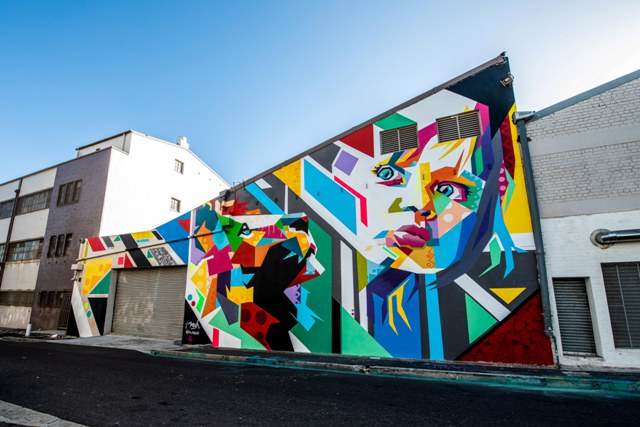 Most of the participating artists shared incredibly rich moments with their homeowners, kids and members of the community. Inspiring some to make a move, take a class and learn the craft and sharing culture through food, storytelling and language lessons. The community element was by far the most cherished element of the experience for most artists. 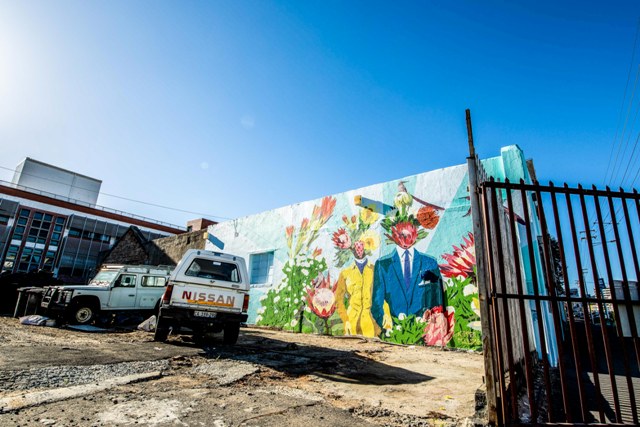 Kippermillsap from the states expressed: “It was truly an honour to give back to a man that gives so much to the people in his community” sharing his gratitude and appreciation for his wall owner who was such an incredibly generous soul. Other artists exclaimed how eye opening and awe-inspiring it was to work so integrated in the community- feeling as if they were members at the end of the festival. 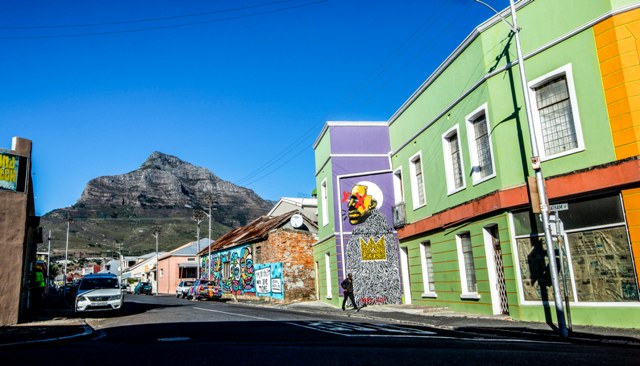 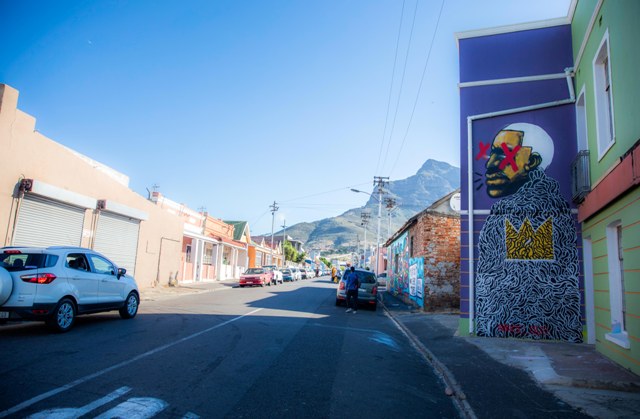 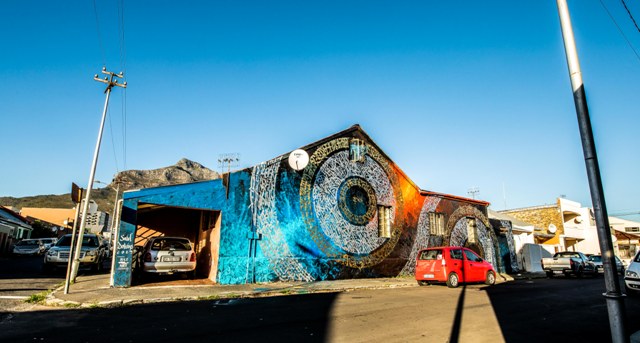 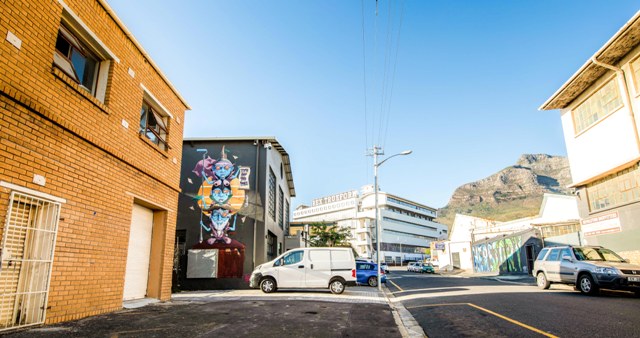 Another highlight for most artists was the privileged of getting to meet and work alongside so many talented individuals, doing what they love most, creating murals. “Being around so many vastly different talents, there is no way to leave without being somewhat changed” exclaimed one artist. 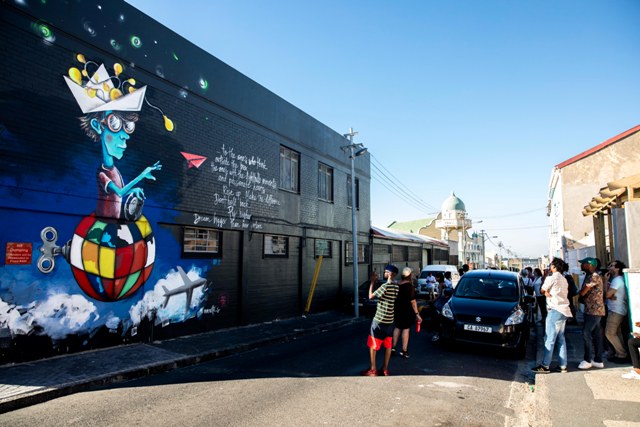 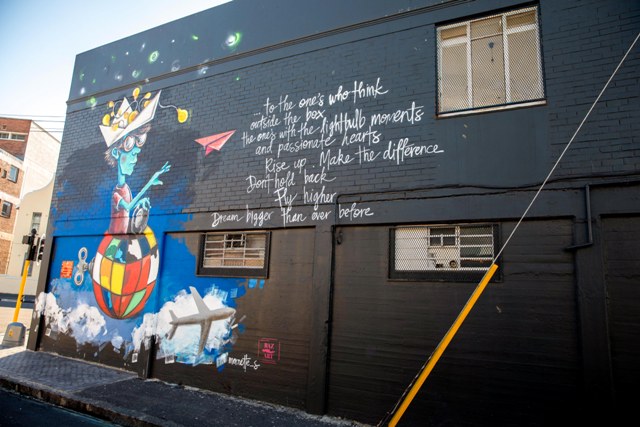 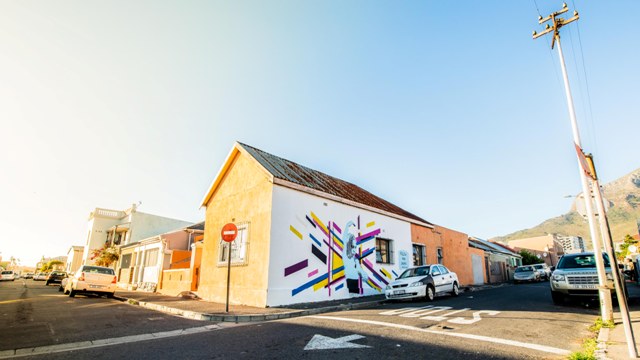 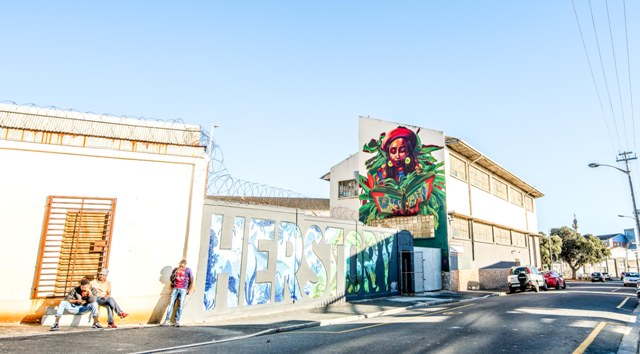 Another mentioned that being in the space forced him to reflect upon his skill and technique- giving him a level up- the ultimate “confidence booster”. The network encouraged them to think global and to set more audacious goals. 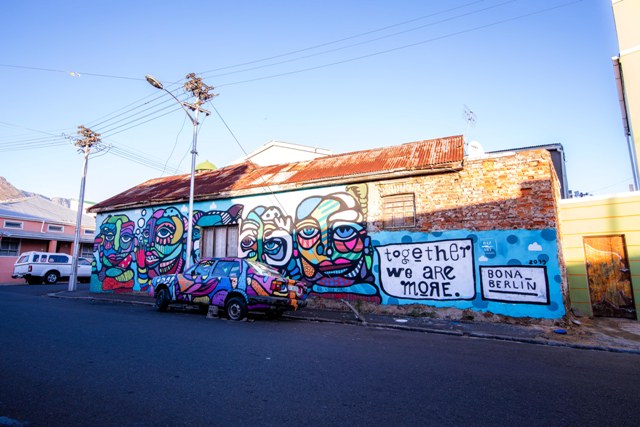 Local South African street artist, Justin Nomad, spent the first few days speaking to locals and about how he plans to encompass the entire theme into one image. He then decided to create a library depicting the contrasting ways of learning that present and successive generations were to experience.

Justin’s mural depicts one learner making an exertive effort trying to grasp books that are far out of reach alongside those who are now seated on top of the books – who found easier means of attaining knowledge with the Internet at their fingertips. The look and feel of the mural includes “old sepia photographs” associated particularly with monochrome photographs of the 19th and early 20th centuries – and illustrates outdated and possibly obsolete ways of learning. 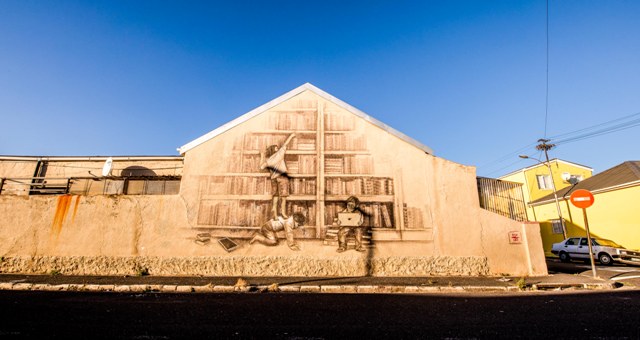 After speaking to some neighbours, Justin discovered – ironically – that the mobile library that use to visit to the area regularly, but which no longer does so, used to park on the corner where his mural can now be found (corner of Tennyson and Burns streets). With his mural, Justin aspires to provoke thought, conversation and action concerning the changing context of education. 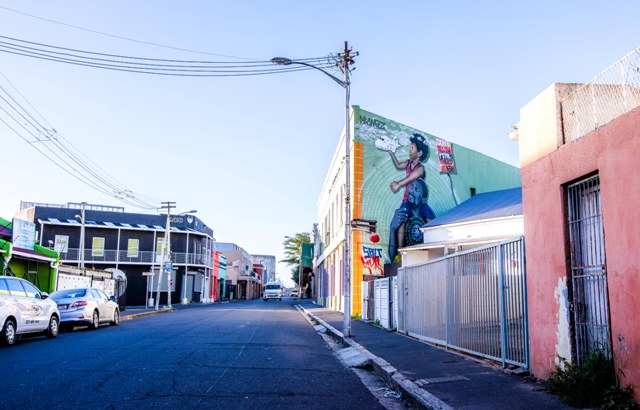 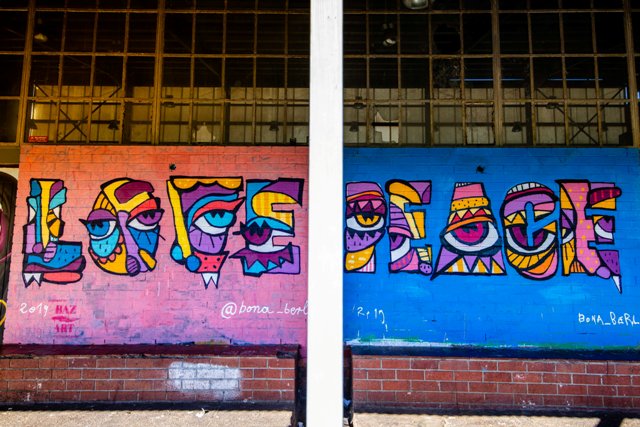 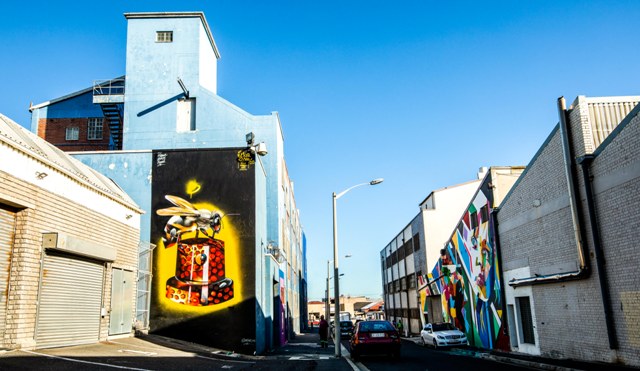 Once again, through public art, IPAF 2019 is helping to create a chronicle of our lives as a nation, depicting our public history and our evolving cultures.